Please help me find the brand of bike on the pictures

Saw him in the movie "Greta", but I can't recognise what brand it is( 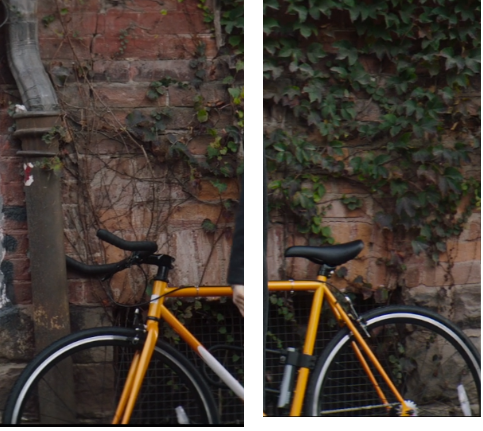 However we can tell its a road bike, that has dual pivot caliper rim brakes front and rear.

It also has a flip-flop hub on the rear wheel because we can see a cog on the left hand side of the bike. There are no shifters visible, so we can safely assume its a fixed gear and single speed bike with a chain-drive transmission.

The wheels both show spoke reflectors, which suggest its a newish bike and the plastic has not embrittled and snapped with UV light. They have Presta valves visible on the front wheel, and are slightly aero wheels, not old-school box section rims.

Up top there's a bullhorn handlebar, which is trendy with the fixie crowd. It does not look like a flop-and-chop drop bar because of the slight angle up instead of a curve up.

The frame has externally routed cables. Whats somewhat unusual is that the rear brake cable is held on with two visible clamping bands (probably 3 in reality) This is not common on recent frames who would normally use two braze-on cable stops and leave the inner wire exposed.

Generally - the frame could be anything from 1990 to current. I'd guess its not 1980s frame because they normally had much longer head tubes.

The front fork has a general design that is more recent, so it could be an aluminium or carbon fibre fork from 2000 onward. It is definitely a threadless steerer and threadless stem.

The film is set in New York, but was actually filmed in Ireland.

So there's an increased chance its an Irish brand, or at least European.

The frame looks very much like a generic Chinese singer speed frame. They are sold by countless brands.

I have a very similar bike which was sold as Leader, I think (I bought used). I replaced the rubbish brakes and finishing kit. 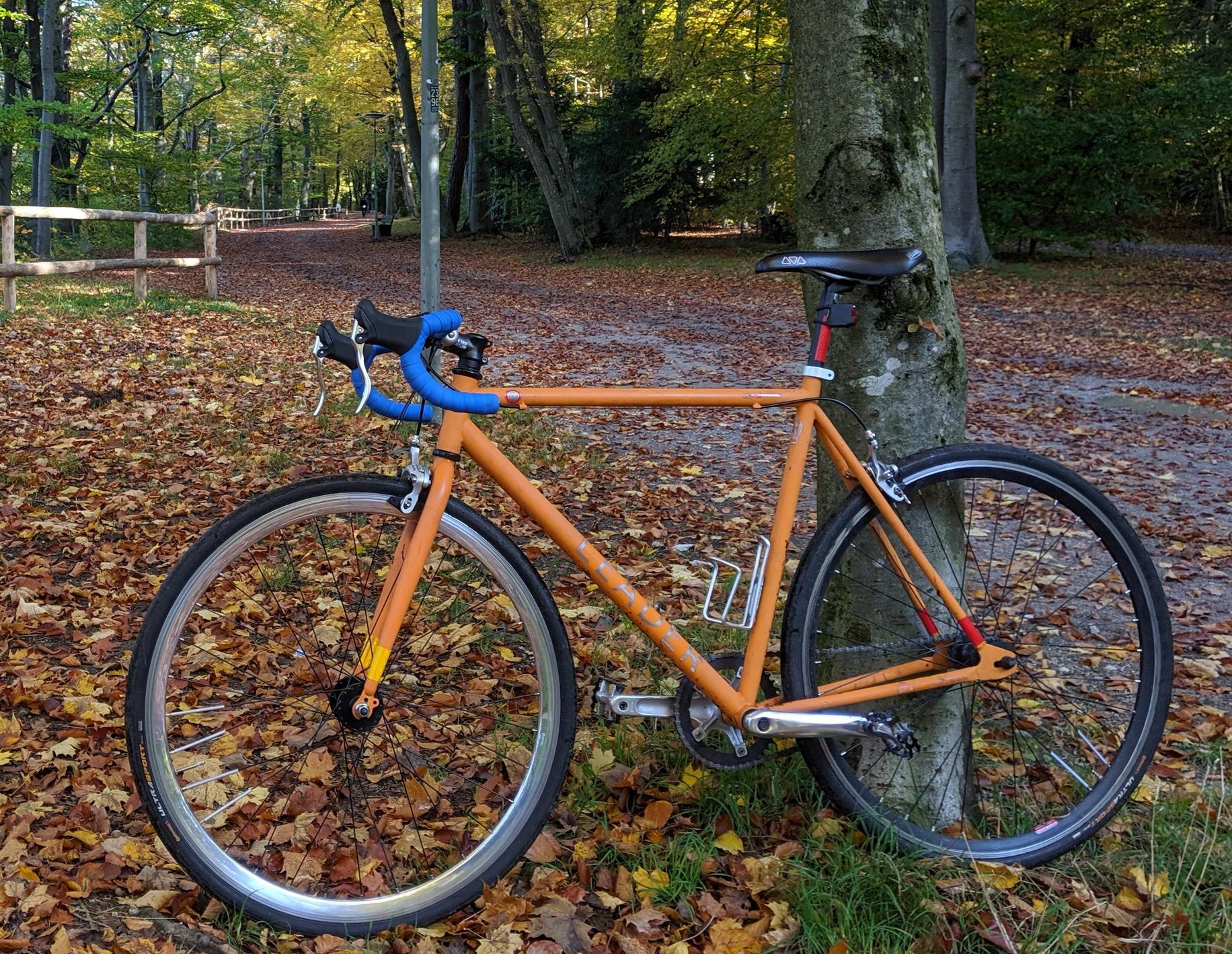 The sticker with the brand on the down tube is above the clear coat and peels off. It's quite flimsy. That indicates that the brands are an afterthought by the local distributors.

However, I suspect the bike in the original question was not made for the European market. There are no braze ons for the rear brake cable. It is attached with pipe- or p-clamps. Three finishing kit is probably custom added for the film.

Not the answer you're looking for? Browse other questions tagged identify-this-bike citi-bike movie or ask your own question.

2
Please identify a bike that is like a cross trainer
1
Help identifying brand of bicycle
4
What model of bike does Alicia Vikander use in Tomb Raider (2018)?
2
Help my identify this bike. (3Rensho? Specialized Allez?)
0
What is the brand/model of my bike frame?
0
Bike ID - please help!
0
Help identifying brand