The pic below is from the fork of a 2020 Kona CoCo. Eyeballing it, it seems to me that an arc around the disc caliper contact point would pass straight through the dropout. Should this be worrisome? Does the recess around the dropout make this sufficiently (?) safer in the event the QR becomes loose? 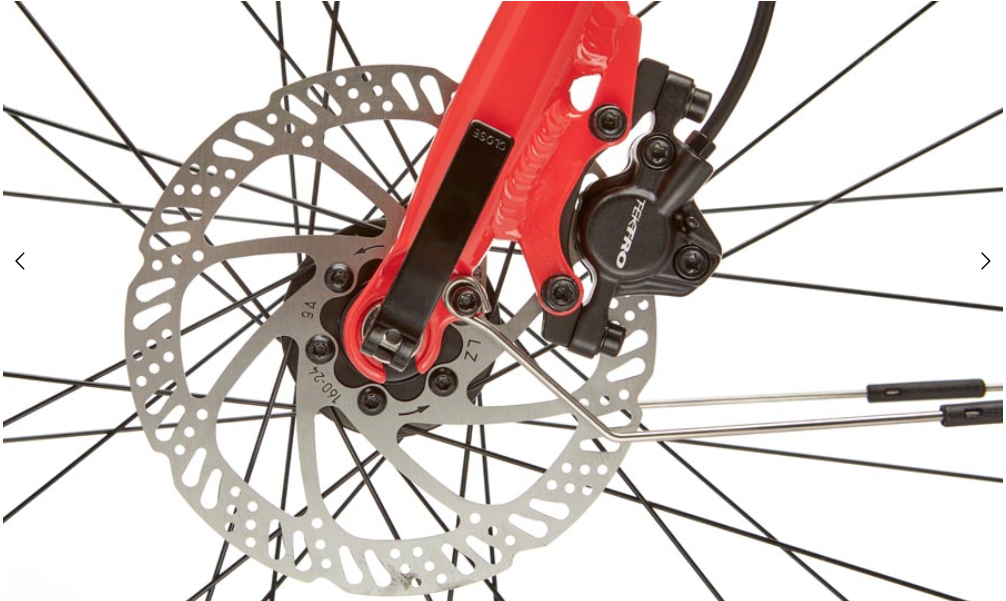 As long as the skewer is set with sufficient clamping force this QR disc brake setup should work fine and from a practical standpoint there will be very little functional difference between this setup and a thru-axle.

If the QR is not sufficiently tight (i.e., you didn't set it with enough clamping force), you may notice a small shift in the axle position under very heavy braking. This isn't dangerous but annoying as the rotor will rub against the caliper until you reset the wheel position. Thru-axles won't do this, but with some care it shouldn't happen in a QR setup either. Even though the axle can shift in some circumstances the axle will not come out as the "lawyer lips" around the outside edge of the drop out will retain the QR. Even in the worst case where the QR somehow flips open while riding lawyer lips should still retain the wheel in the drop out. This is why you have to unscrew the QR to get it out of the drop out. By this point the wheel will be rubbing on the frame, not a great situation, but you won't be without a front wheel.

Now suppose you open the QR, unscrew it a few turns, then go for a ride and heavily apply your front brake... then the wheel will come out of the drop out. By then however you have made numerous critical errors in the setup.

The design on your bike looks exactly like the drop out + skewer + brake arrangement on mine. In my case I ended up in a bad crash due to front wheel coming off during the ride. Trust me, if and when the crash happens it would be quick and over with under a second with no time to react or even understand why one crashed on a flat road. I was lucky to not have ended up with broken bones, just concussions and bruises which kept me out of action for full 3-4 days. 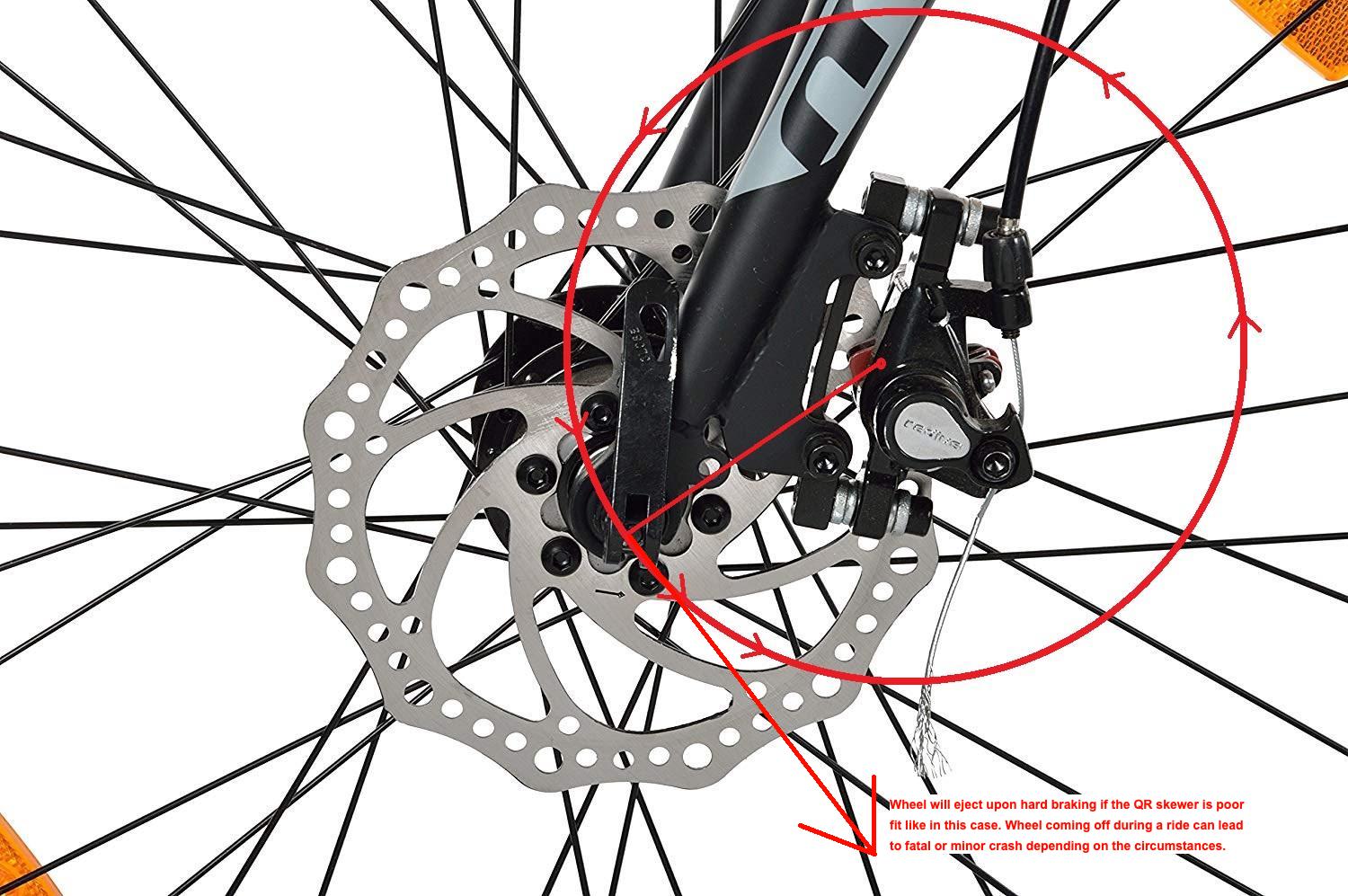 Now that we examined why the design is lame, here is a little bit of physics and mechanics that will play its part in the rider crashing. (The below part is borrowed from a discussion in a cycling group)

Not the answer you're looking for? Browse other questions tagged disc-brake fork quick-release or ask your own question.

7
Can disc brakes cause front quick-release to loosen?