A RD was recently lightly smashed in. I straightened the derailleur hanger "by hand" and now it is "good enough" with some chain rub on the cogs. I set out to readjust the rear gears but am facing the following problem: no matter what I do, the chain is never prevented from dropping between the cogs and spokes at low gear ratio.

I took a closer look and while the high limit screw rests against a wide platform on the body of the RD, the low limit screw seems to resist against the thin wall of the parallelogram!

My hypothesis is that the parallelogram is bent and "too open", so a suitable repair would be to bend it inward a little so that the screw makes contact. But that sounds too sketchy - why wouldn't there be a platform for the screw to resist against? Am I in error? 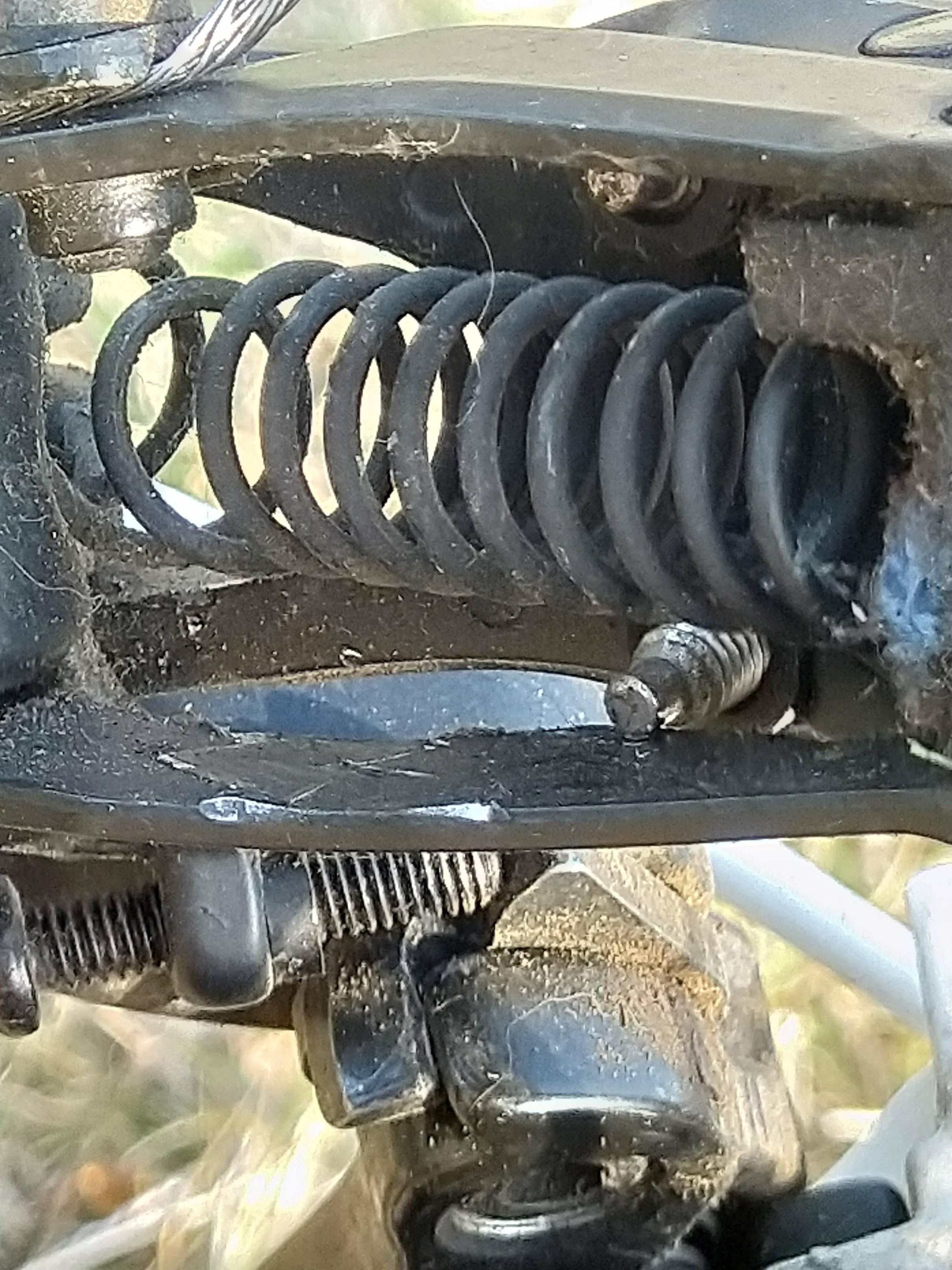 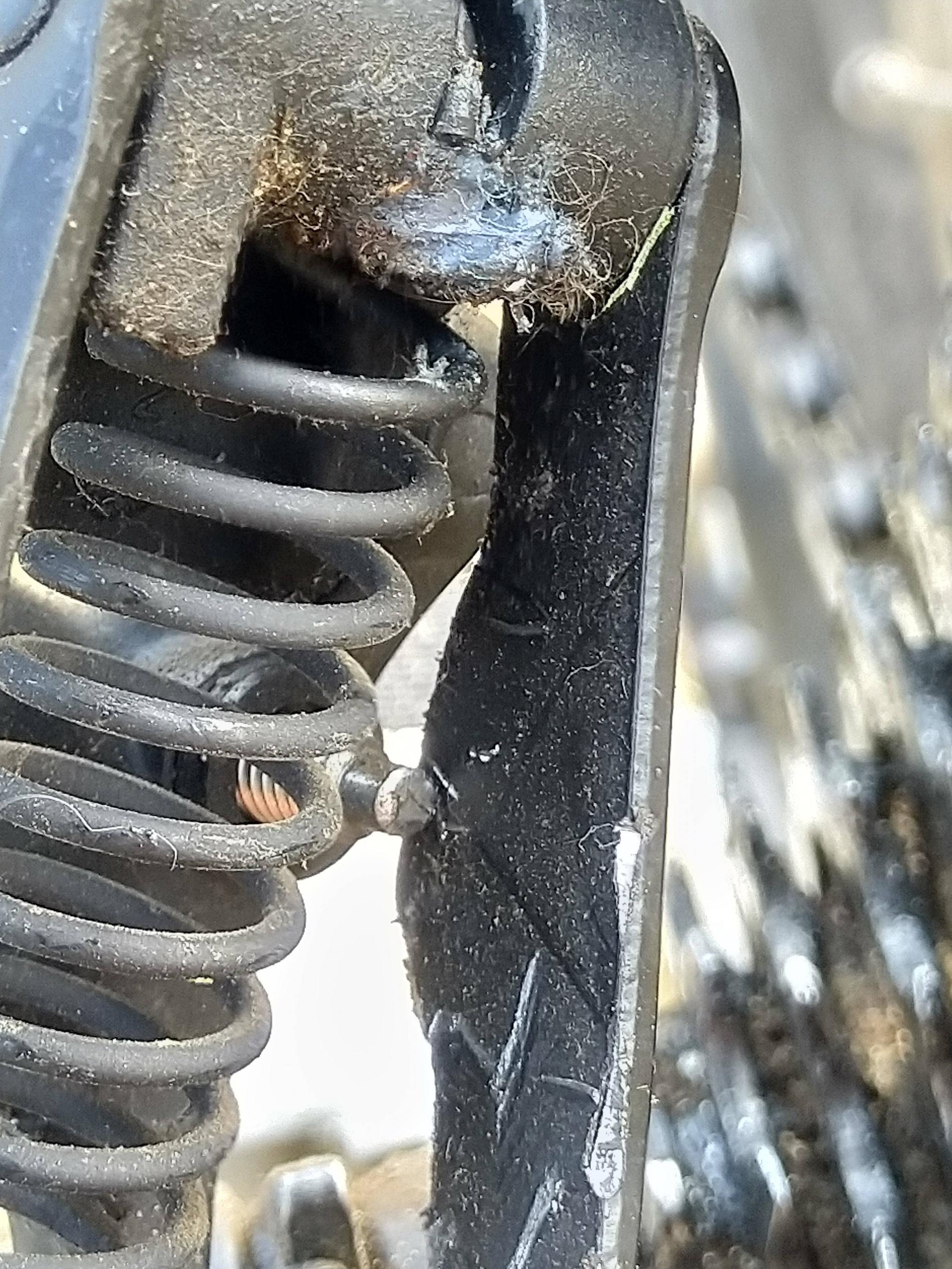 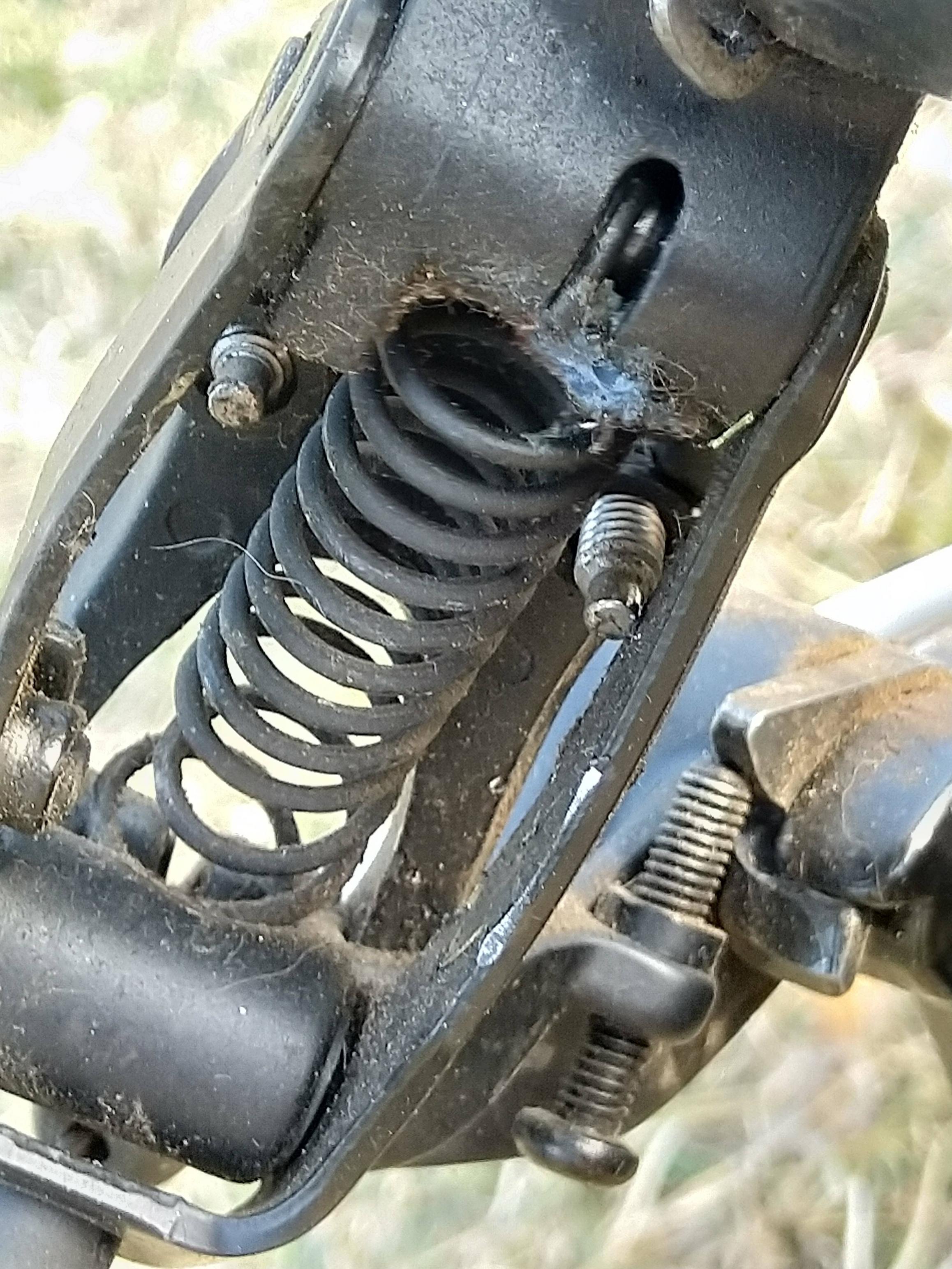 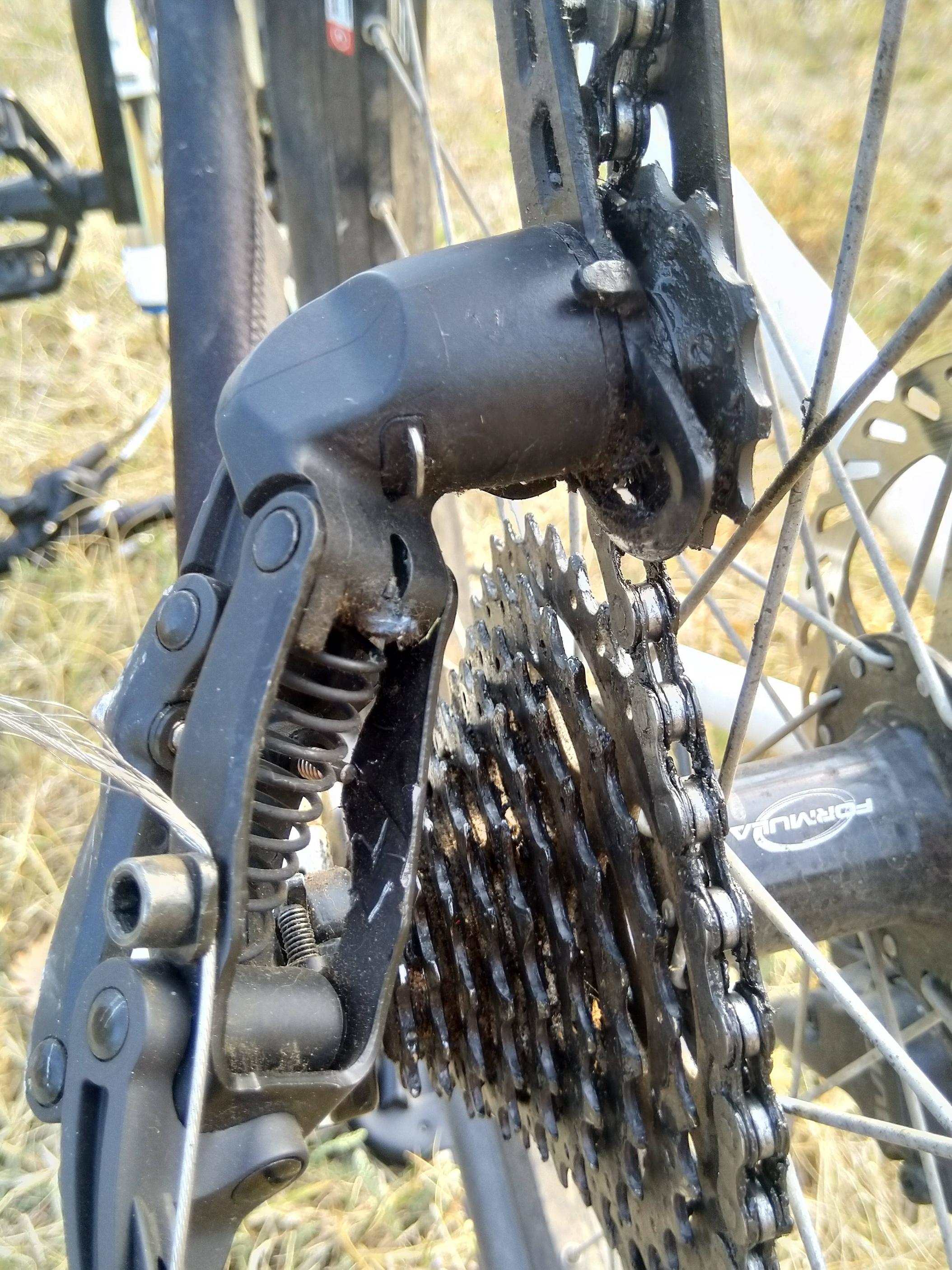 You're quite correct, the limit screws rest against the thin metal of the parallelogram arms, and these have been bent in your case. Good catch.

It is the same design on my SRAM X7 rear mech, and presumably in many other designs as manufacturers balance cost, weight, and perfomance in normal use.

My Shimano RD5700 has the screw resting against a slightly stronger looking position, closer the the root end of the plates they rest against where the plates would be stiffer. This looks like they would be more resilient to the kind of bending damage you have suffered, however I once replaced a Tiagra RD where the screw had punched through the metal of the mech and become inoperative/irrepairable. So that failed in a crash too.

You could say someone used the mech in a situation 'beyond its design capabilities'. If you can bend it back so the plates are straighter, the limit screws should work again, and the geometry of the mech may even be a little better. The next question might be whether the bending damage and re-alignment will significantly weaken the part, leading to failure and more expensive repair balanced against cost of replacement now.

If the derailleur is significantly bent it's likely you will not be able to adjust it so that it indexes all gears correctly, and the cage will not be parallel to the sprockets. SRAM X5 was not a g=high end groupset so a replacement rear derailleur should be inexpensive.

The sides of the parallelogram of your derailleur are bent and bow outward. The bowing creates a misalignment between the limit screw and the side of the parallelogram. The misalignment is magnified at the low limit screw--so much as to completely miss the screw tip and, thus, the limit stop-- because the longer distance of travel required to move to lower gears/larger cogs of the cassette. This is why you can't stop the chain from running over the large cog into the spokes.

At any rate, I'd back out both limit screws enough to clear the respective edges of the parallelogram's side plates as I gently eased them back into a straighter form with a squeeze of the pliers. You could spread out the force put on the parallelogram by using a c-clamp with broad contact points or something similar. Photos of X5 derailleurs reveal how the parallelogram should appear normally. Obviously this is intended as a temporary fix because based on the bent hanger and degree of damage to the derailleur, a more thorough and proper repair is required. This, no doubt, involves replacement parts.

Not the answer you're looking for? Browse other questions tagged repair derailleur-rear or ask your own question.