I have a bmx bike that support 24 inch wheels, is their anyway I can move down to 20 inch?

Putting small wheels on a bike designed for larger wheels will provide you with an array of design opportunities.

Here's a rough illustration of the objective 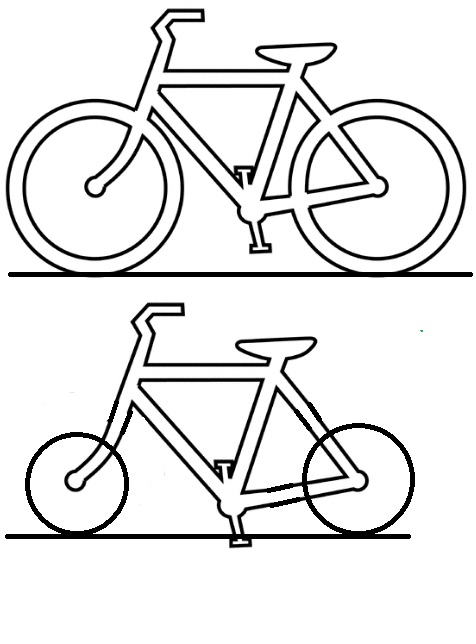 Let's go through some of the issues. (not intended to be an exhaustive list)

Brakes
If the bike has rim brakes they would become inoperable with small wheels.

If the bike has disk brakes the best option would be to build disk brake 20 inch wheels.

Pedal ground clearance
Smaller wheels put the pedals closer to the ground. You'd need to find a crank that is short enough to provide the correct clearance. If the pedals only hit on while turning you could learn to pedal only while going straight and keep the crank parallel to the ground while turning.

Chain ring ground clearance
Depending on what you start with this may not be a problem. If you find that your chain ring hits you'd have to go with something smaller.

Another way to address ground clearance is with some creative frame modification. If you cut the frame so that you can move the bottom bracket higher and then wield it all back together you can keep your current configuration.

Gearing
Smaller wheels have the effect of making all your gears lower and reducing your top speed. This may not be a problem for your situation but it's something to keep in mind.

A project like this is a great way to learn about the interaction of design choices.

Maybe, but you probably shouldn't.

If the bike is too large, changing the wheel size won't probably help, it affects mostly the steering and the "feel" of the bike. If you are running brakeless then it might work without too much hassle, although ground clearance might be an issue when cornering. The bike will look a bit whacky with smaller wheels.

If you have rim brakes and intend to run them, it's probably going to be more expensive to trying to get the wheel size to work properly instead of buying correct size bike.

I've recently learned of a style of road bike called a "minivelo" and its essentially a full sized road bike on 20" wheels. To effectively put smaller wheels on an existing bike frame, you'll have to make alterations to the frame to achieve these same results. 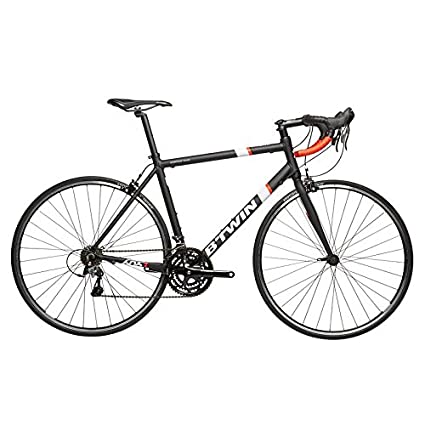 Common BTwin road bike - not expensive, and well found in the UK and EU. 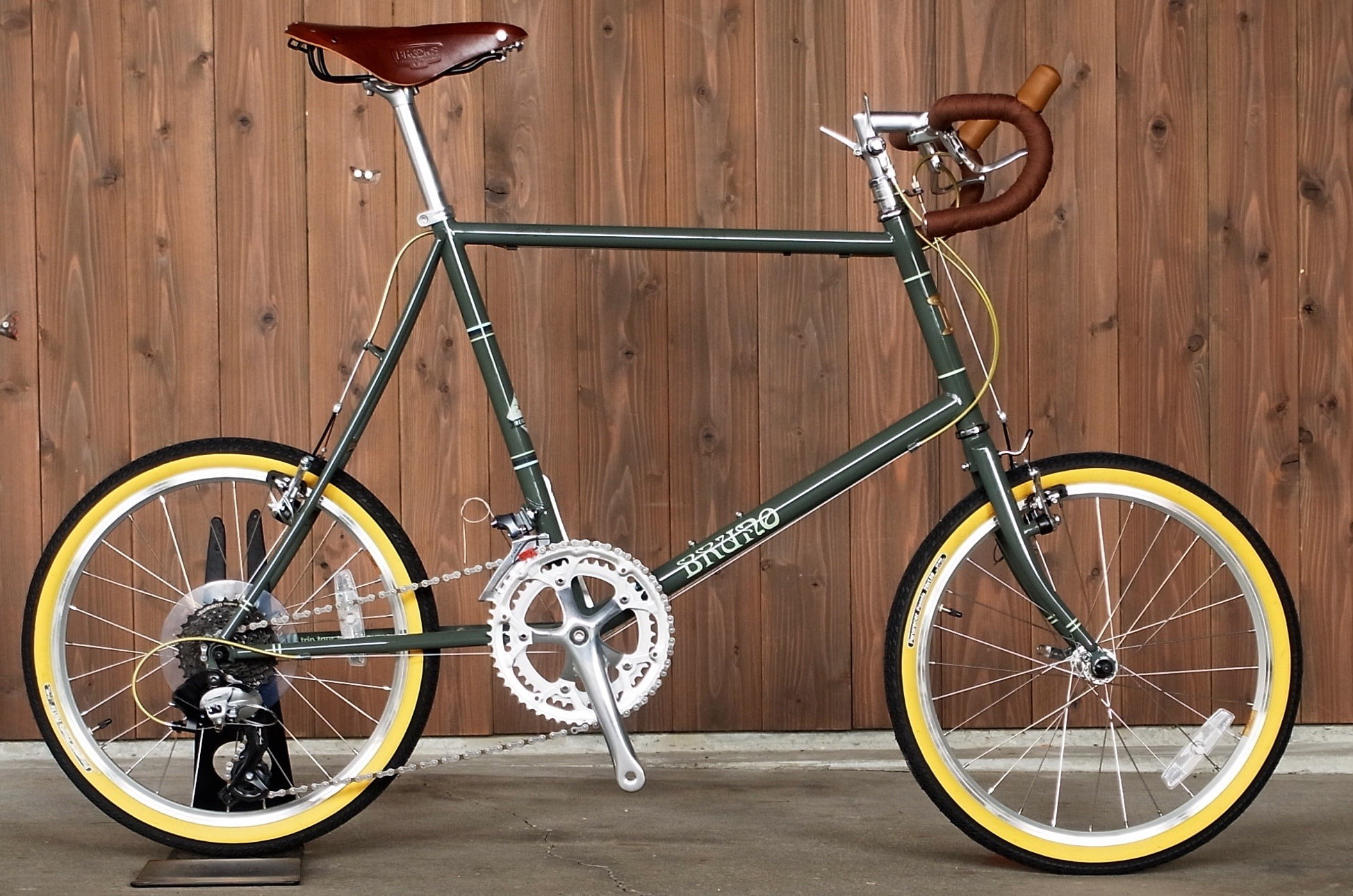 Notice that the top half of the bike is pretty similar, other than the angle of top tube which is more about styling and material minimisation.

The main differences come in the angles. Notice that the seat stay is steeper, and the chain itself angles up significantly compared to the normal road bike. This means the minivelo's rear axle is BELOW the BB axle, whereas its the other way around on a full-sized bike.

Also the head tube is slacker. This is because the front forks are now shorter, and without some more rake (or "curve" forward), the trail will be much smaller leading to a twitchier ride. Trail is what helps a bike self-center, and lack of trail means you have to actively hold it on center all the time, which is exhausting. Even looking behind you while riding a trailless bike geometry is challenging.

Also, expect a bike with smaller wheels to get dirtier quicker, because its that much closer to the road surface. One might think it wouldn't make much of a difference, but my 20" folder gets dirty way quicker than a 26" or 700c wheel bike.