I have to replace the chain of my Raleigh Motus Tour 2018.

Do anyone knows the specify chain I have to buy?

Because it is a electric bike I am almost sure that I should buy the KMC "e9 EPT for e-Bike" or the "e9 Silver for e-Bike", which has 136 links.

My bike has a Bosch engine (Active Line) as well and it is 46 cm frame size. 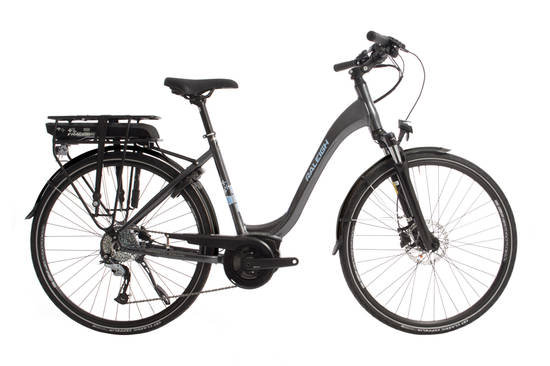 After going to a bike store where I could find one like mine I could take the picture of the chain and get the model.

Another important info is the fact KMC chains has 6.6 mm of pin length. Shimano and others brands has 6.5 mm. After that, I am questioning myself if the guy who measured the chain knew it and made a proper diagnostic when doing the M check on my bike.

Anyways, I still seeking for the right answer. In case the chain is not good, should I buy a KMC e9 EPT and remove some links as it has 136?

Any 9 speed chain will do, of those two, one claims anti rust, the other not. For a well maintained bike, it makes no difference (except maybe cosmetics).

An elite rider can output well over 1000W vs 200-300W for a ebike, so strength of the chain to handle high load is not the issue, any bike chain can handle the power of an E-Bike motor. In terms of torque, similar argument - torque of a 100kg rider standing on cranks is 175Nm, and an elite rider can probably double that momentarily, while most eBike motors produce half of that.

Wear is likely impacted as you ride further and mostly importantly, faster on an ebike. Chains wear out, that is a given. How much faster a 'normal' chain wears out over an ebike chain, and cost and inconvenience of replacement, is the reason to go an ebike specific chain.

Personally I would not pay a premium for an Ebike specific chain.

Not the answer you're looking for? Browse other questions tagged chain electric-bike or ask your own question.

2
Chain really quite stretched, should I change cassette at the same time?
1
Chain Replacement
3
Choosing a new chain
1
Electric Bike Wiring?
4
Jump start electric bike?
2
Replacement vintage Raleigh chain
4
How to extend a chain for a cargo bike?
0
Chain help 77 super le tour
1
Which chain should I buy to replace the one on my Specialized Rockhopper 2016?