What is this nut? 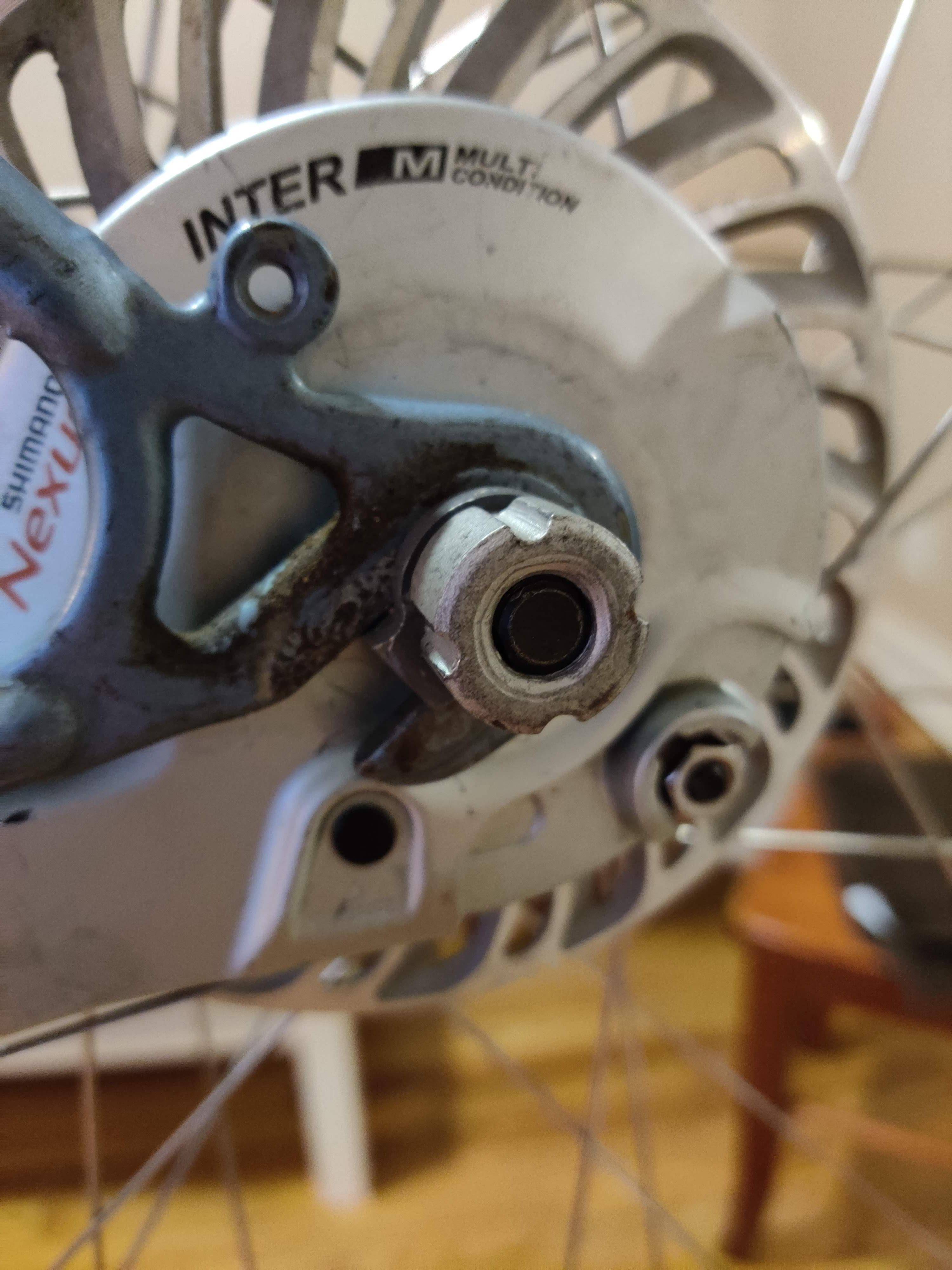 I've been searching on Google for the last hour trying to figure out if this is some kind of security nut. It's on a Shimano hub on the rear wheel.

A security nut is exactly what it is. I've seen similar ones on public bike share bikes. As to where you get the tool for it, no idea. Other ones I've seen have been shrouded; this looks like you could get a pipe wrench on it to replace it with a normal one.

Its a rear wheel security axle nut, with an anti-rotation washer underneath. I see a band brake or a roller brake, and a Shimano Nexus (8?) internally geared hub, which are reasonably valuable, hence the security nut.

If you want to get it off with a minimum of damage, I'd make a tool.

For a once-off I'd use a Pipe Wrench or some Sliding Jaw Pliers and marr up the surface, with the intention of replacing it with a normal nut.

Also, if you have some round wire that is the same diameter as the indents, cut four short lengths and tape them into the indents. This will take the load/pressure of your tool off the outside surface of the nut.

Some people might attempt to wrap the nut in cloth or leather or something to protect the surface from the tool, but personally I find that rarely works for me.

You could possibly grind some flats into the nut, but that will weaken it, you risk damaging the frame, and won't be a great long term solution compared to just replacing the nut.

Not the answer you're looking for? Browse other questions tagged wheels hub or ask your own question.

12
What size are the nuts holding the front wheel?
12
Do I require a washer/spacer/shim between a hub's cone nut and lock nut?
5
Unable to loosen IXOW Wheelguard Gravity nut
4
How do I remove this back wheel axle nut? 90s Peugeot mountain bike
1
Hub dynamos and standlights
3
Early Rider Belter hub maintenance
0
What model Peugeot is this?
0
What type of nut do I have here?
1
Diagnosing hub wobble (Shimano Nexus)
0
Where can I find a wheel of this design?