What to use on saddle clamp?

I'm purchasing a new seat-post as my saddle refused to stay at the same angle with my current one; it was a second hand bike (B'Twin Triban 500) with a single bolt clamp. I'm going to switch to a two bolt clamp to try and fix the situation, and hopefully get the right angle!

However, I can't find any information on whether to use grease or threadlock on the bolts. I use grease on most bolts, and don't actually have any threadlock; I believe I'd be looking to get Loctite Blue-243 or Blue-242 if I needed it? Furthermore, is there a difference between threadlock and anti-seize?

A very thin coating of grease will help prevent the threads corroding or sticking together, as will a specific anti-seize product. You definitely want something on the bolts as water and crud gets thrown up into the bottom of the saddle by the rear wheel.

You can use thread locker, but if you have been having trouble with the seat bolt coming loose you are probably not tightening it enough. You can try taking the bike to a repair shop and having them use a torque wrench to tighten the bolts properly.

Are you sure you are using the correct size seatpost? You can increase the width depth of the slot in the back of the frame where the seat post goes in to make it easier to tighten the seatpost more firmly. seat tube slot: 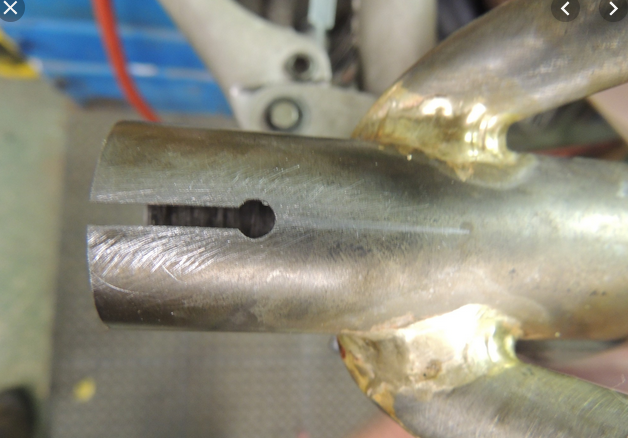 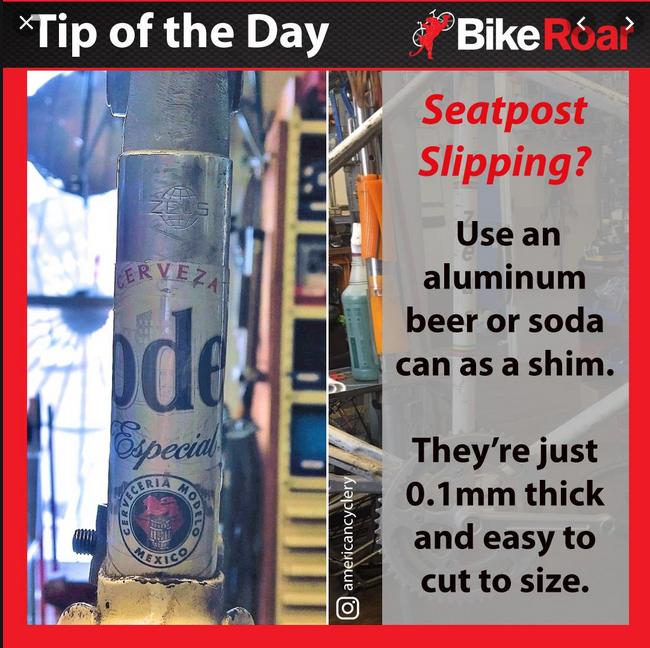 You could try using some sandpaper on the inside of the seat tube to make it rougher/ make it harder for the seat post to rotate out of position.

Is the problem that the seat post clamp bolt loosens up by itself? or will the seatpost rotate/move even when the seatpost bolt is tight? If the bolt loosens up then I would suggest using locktite or another similar threadlocker, I don't believe anti-seize has thread locking properties but I could be wrong on this. Also make sure the currently installed seat post clamp is the correct size for the frame/seatpost.

When using non-carbon frame and seatpost you shouldn't worry too much about overtorquing in my experience. As long as you don't strip the head of the bolt(s) or threads of the clamp there should be no issue. 5-9Nm should suffice according to the following website: http://www.bike-manual.com/brands/trek/om/cross/torque_spec.htm but if you make sure your bolt can handle it without stripping/ruining the bolt head you can go a bit higher if needed.

On 1 bike I had a a seatpost which had the same issues as you describe, I thought the clamping was the issue but as it turns out the top piece of the seat tube (which clamps to the seat itself) was rotating inside the tube-part of the seat tube. Unlikely that this is the case for you since you ordered a new seatpost though.

Not the answer you're looking for? Browse other questions tagged saddle seatpost grease clamp bolt or ask your own question.

7
Does anyone make a split seat clamp?
2
Seat clamp tolerance
4
Suggestions for protecting jeans from saddle clamp bolt
0
Seat clamp keeps unscrewing, what is the preferred solution?
3
Very confused about the seatpost clamp
1
Less than perfect bike grease for bolts and pedals
0
Seatpost clamp arrow and too wide saddle rails
5
What saddle rail clamp should I get?
2
Zero-gap stem (FSA Afterburner) inverted installation