Back wheel jumping out of rear dropout with child transporter

Some days ago, I was riding my bike towing a child transporter. I was going steep uphill and put quite some force on the pedal. Suddenly, I heard a loud snapping sound and the back wheel was blocked. After dismounting the bike, I found that the back wheel actually had jumped out of the rear dropout. I have a Shimano Alfine with a solid axle and had no tools with me to tighten the axle nuts.

Luckily, nothing worse has happened than that I was standing in the middle of a forest below 0 °C with my two year old daughter in the child transporter and a bike with a loose back wheel. The way back to civilization was not too far, so we managed all right, but I would like to prevent this from happening again.

I have been using the child transporter on a regular basis for a year now, and nothing similar happened before. I recently (two weeks ago) switched to the Alfine hub from a derailleur setup which had a quick release (might be relevant for this case). I am very sure that I had tightened the axle nuts enough when mounting the back wheel.

Now my questions are: Do you think that this explanation is correct? Have you made a similar experience? And most importantly: What can I do that this will not happen again? Thank you for your help.

Update after comments and Chris H´s answer below: I had a closer look at the bracket as well as the green washer on the left side, see photos below. The bracket has some grooves on the inside which are probably meant to increase friction when mounted directly on the dropout without washer, like when using a quick release. The green color from the washer is rubbed off where it was in contact with the bracket. So there is evidence that there was some movement going on and that this is probably the critical spot.

Update after doing some further research: The way I mounted the bracket on the axle of the back wheel together with an internally geared hub is not how it is recommended by the child transporter manufacturer and should not be reproduced by anybody. Instead, they have an adapter which replaces the axle nut on the left side for this purpose (https://www.thule.com/en-gb/accessories/thule-internal-hub-hitch-adapter-shimano-_-20100797). This is the way I will go, and this should be considered when changing from a derailleur setup where there are no washers to an internally geared hub which needs the non-turn washers.

Now some photos in order to support the descriptions above: To give a detailed impression of how the child transporter is attached to the bike, here are some photos. First an overview of the situation: 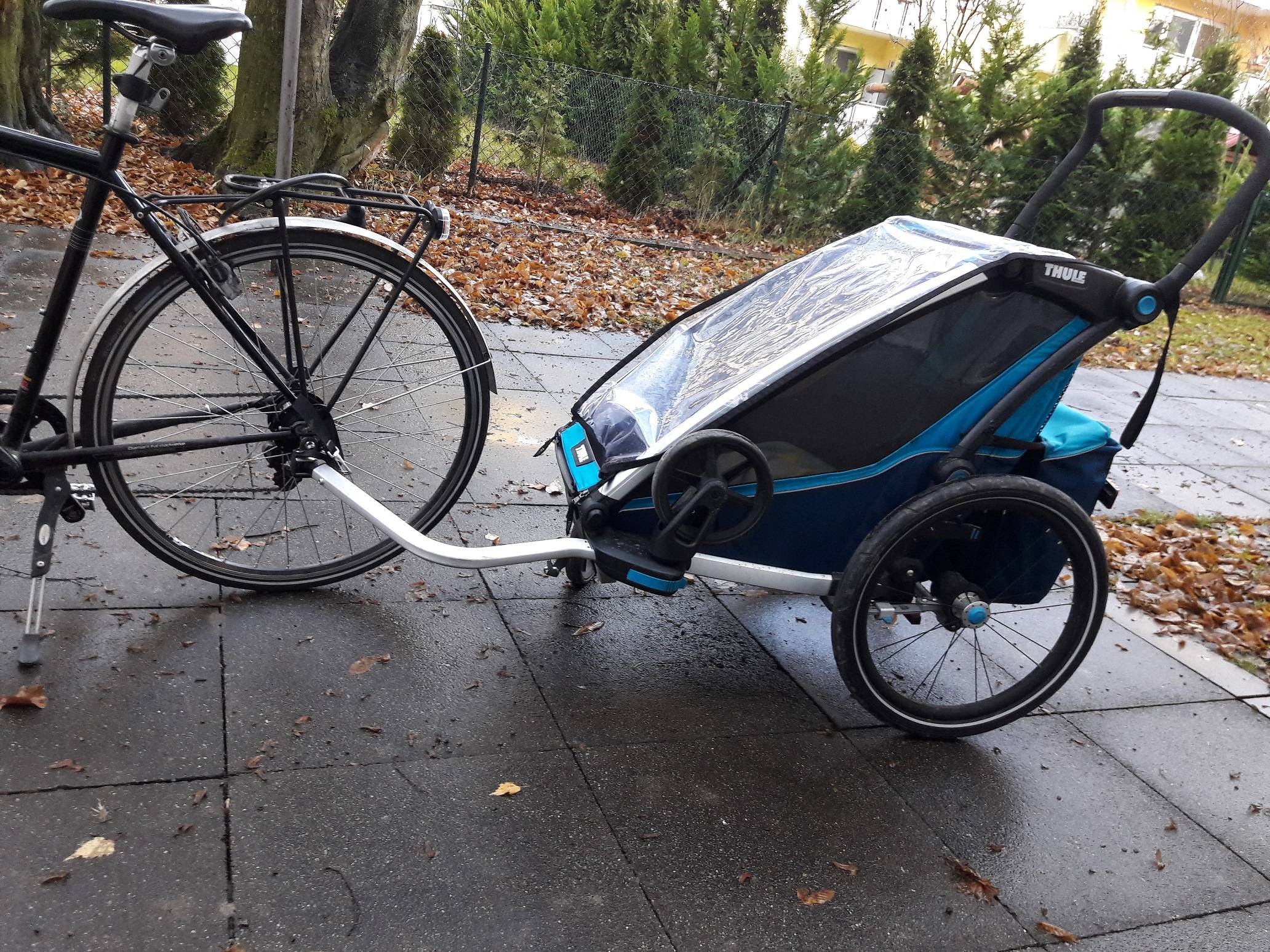 Close-up of the bracket holding the shaft of the child transporter: 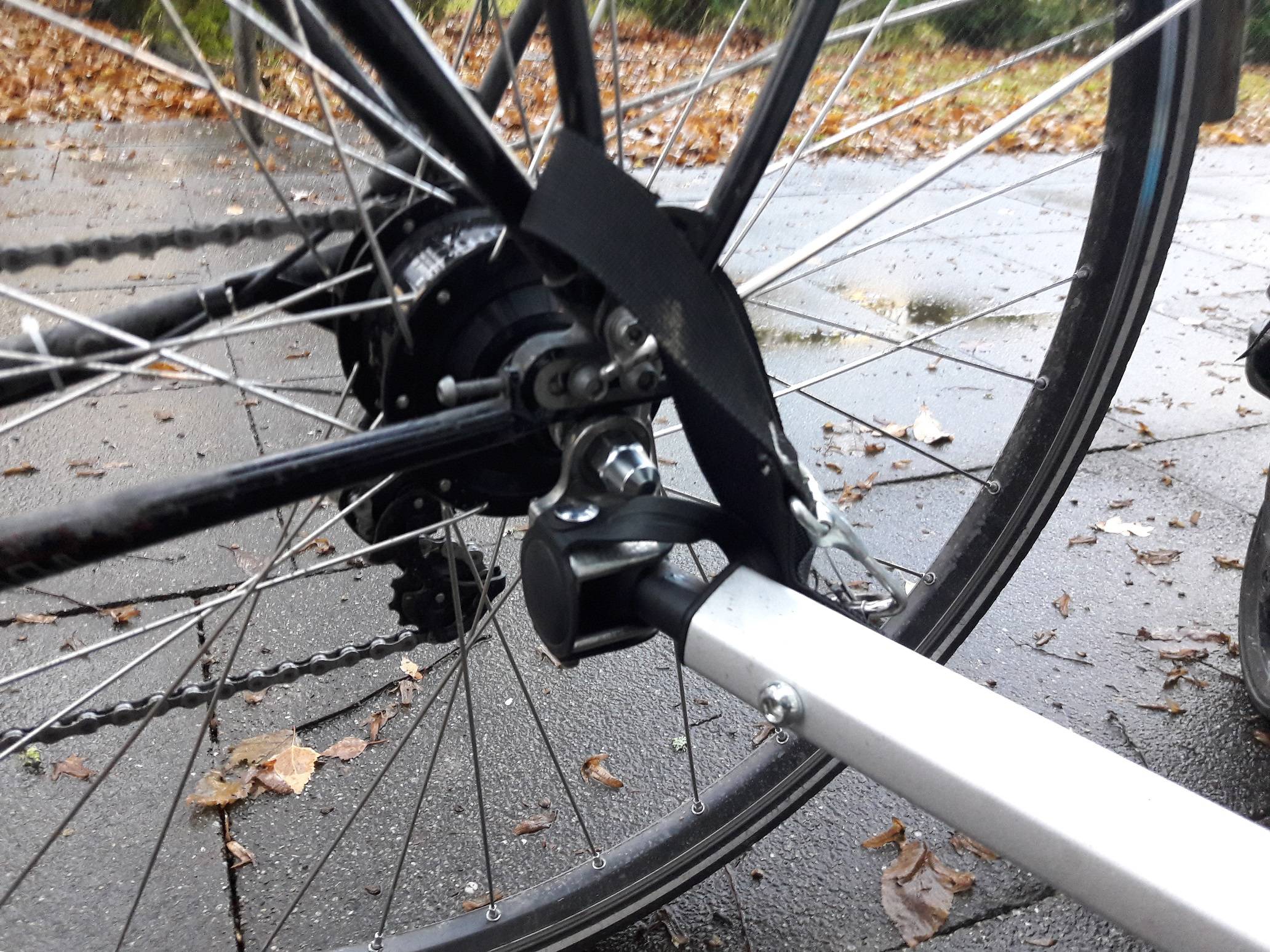 How the bracket is mounted on the left side: 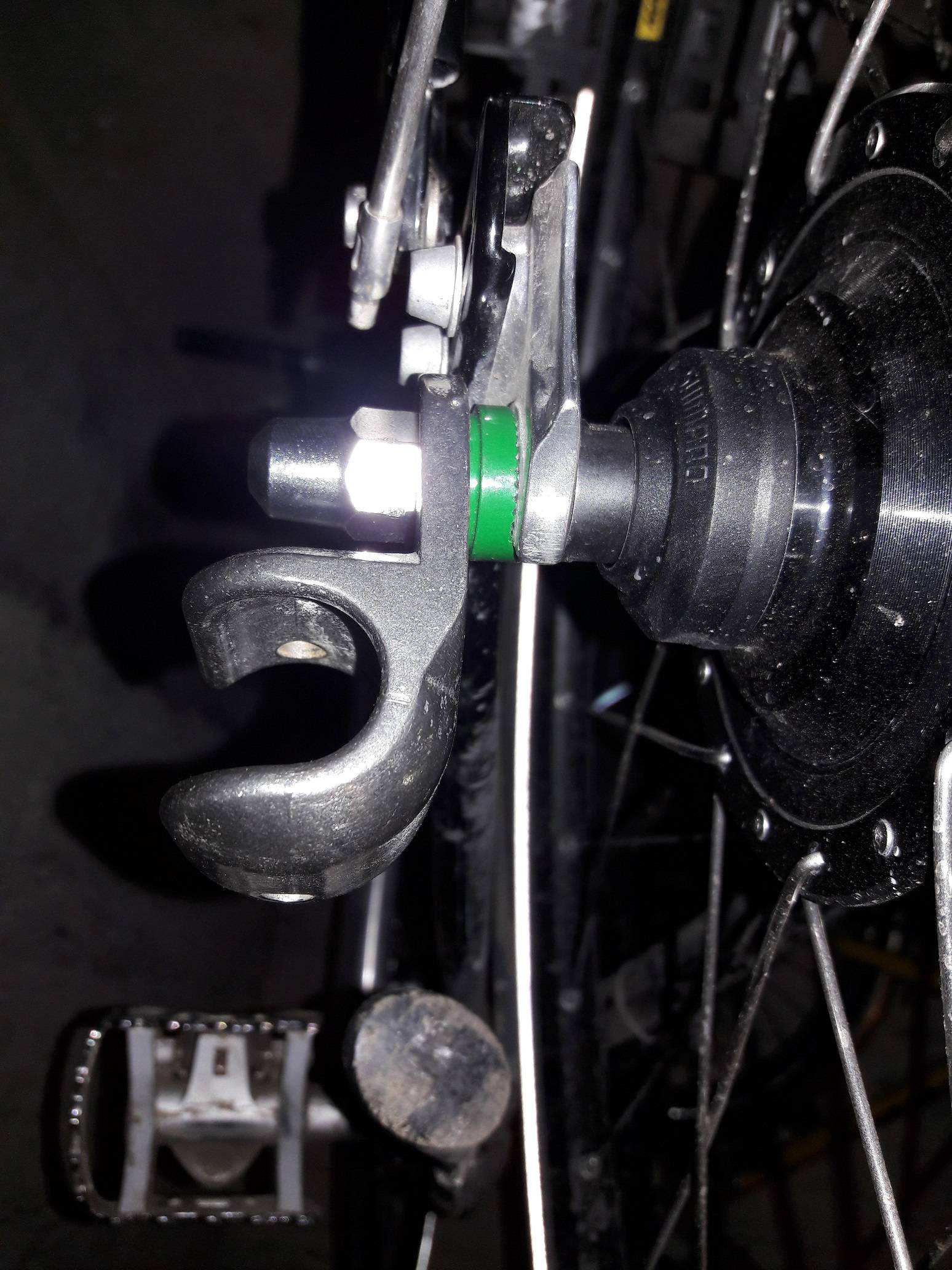 How the back wheel is fixed on the right side: 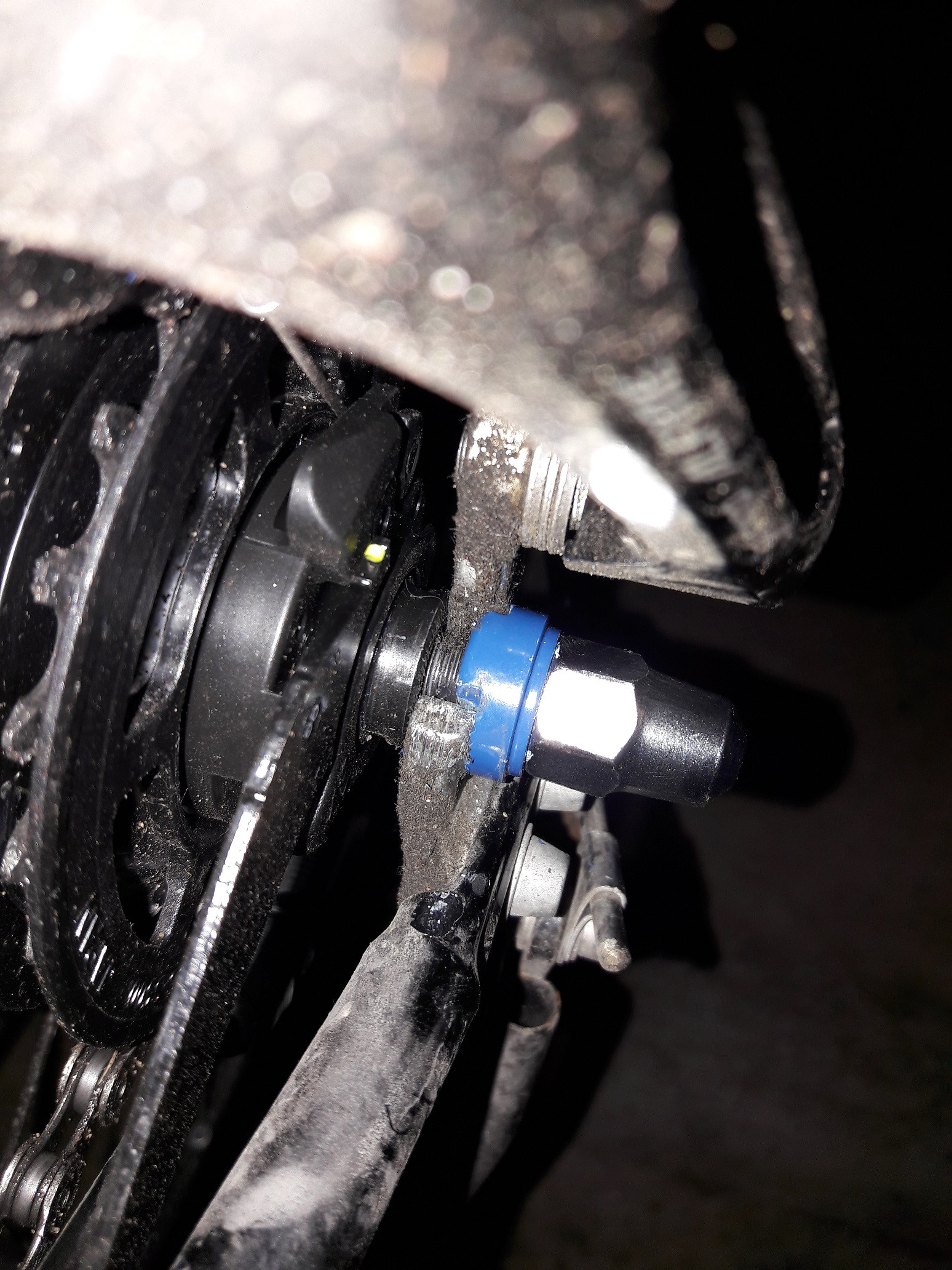 Inside of the bracket holding the child transporter shaft: 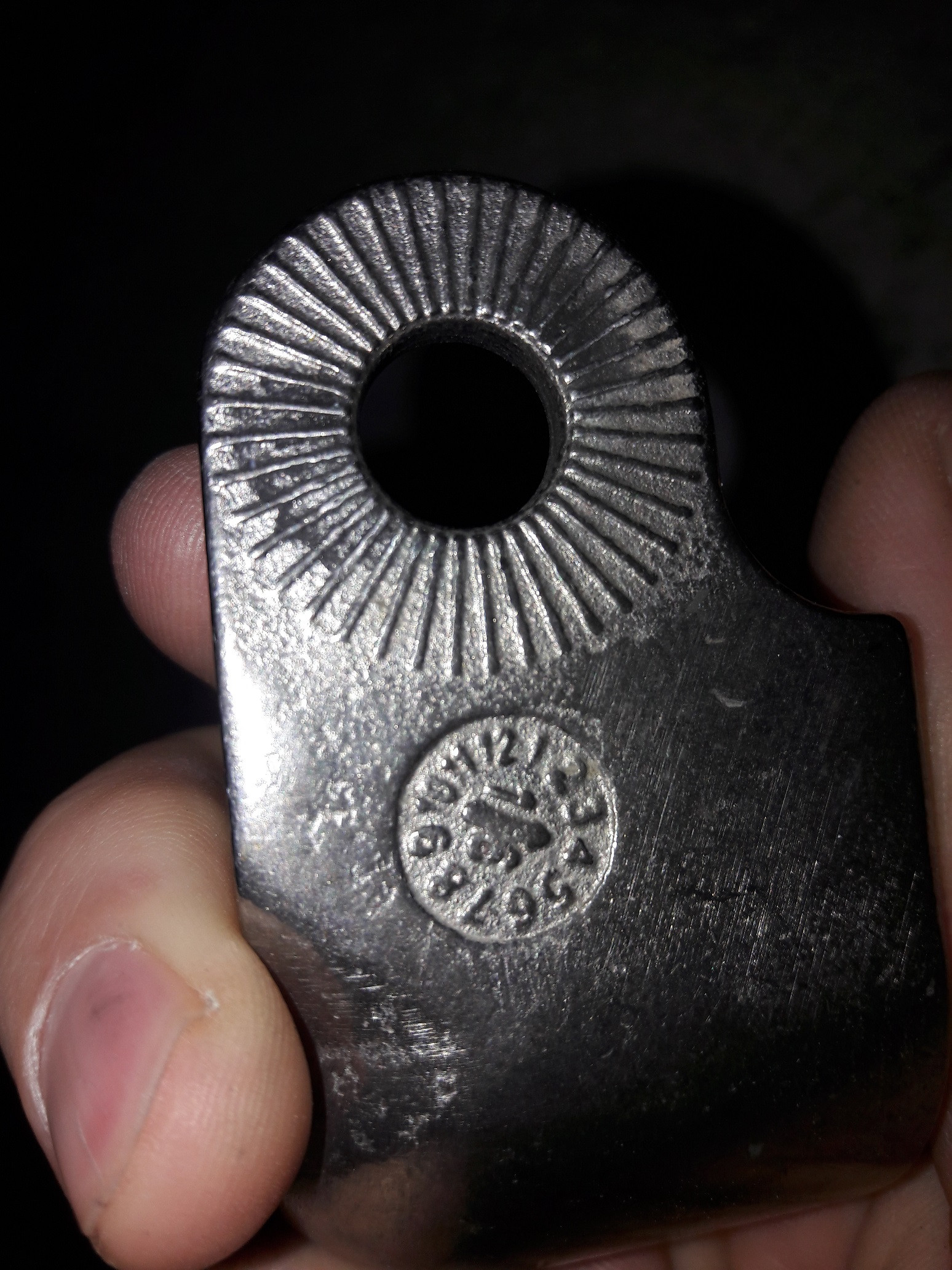 Green washer after having been used in contact with the bracket: 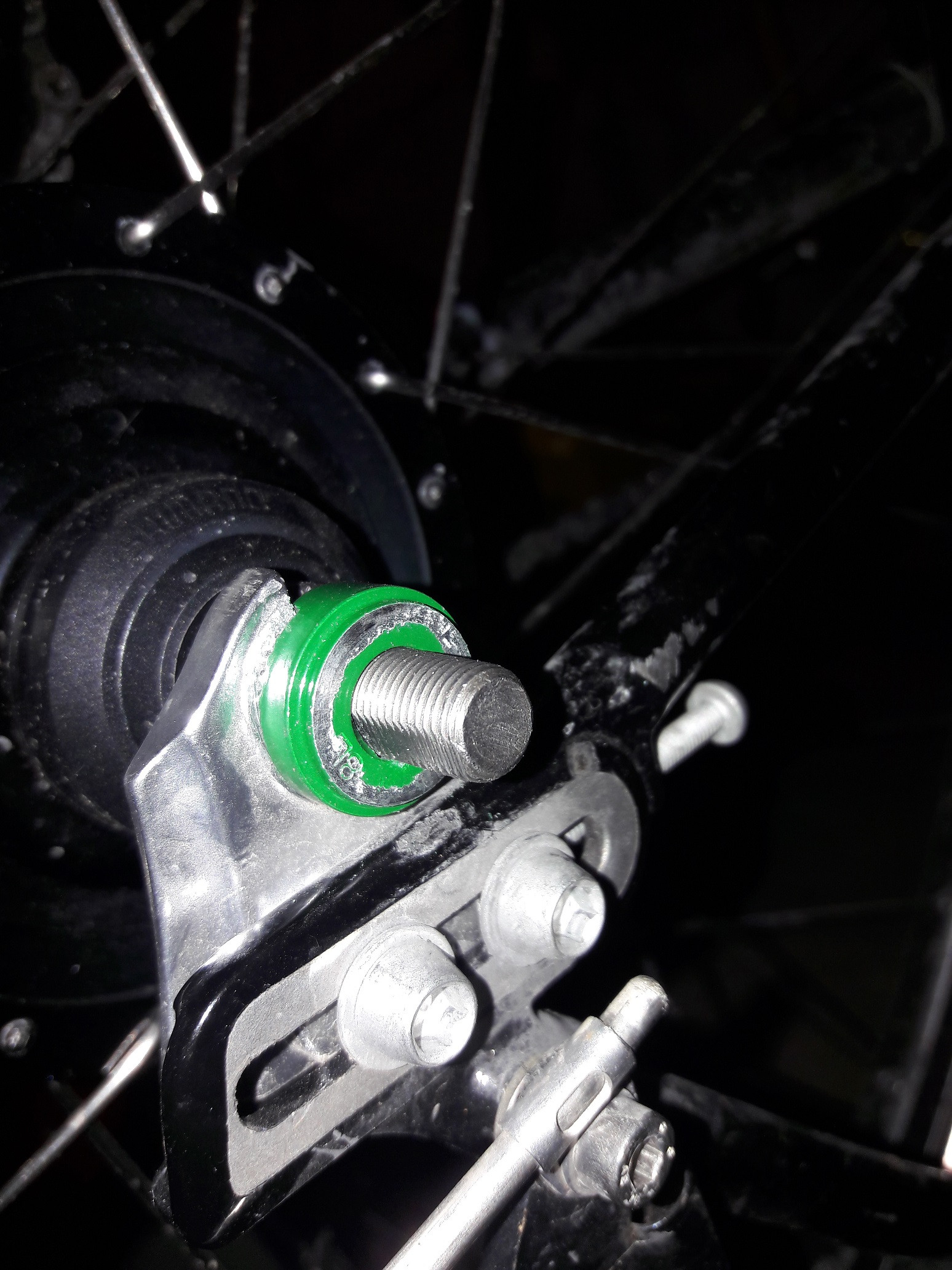 The green anti-rotation washer is at least part of the problem. Its purpose is to prevent the nut rotating easily , but with the bracket in between, it can't, and any torque on the bracket is transferred to the nut.

I expect you'll have better results if you put the washer outside the bracket; this works on mine with QR skewers. Even omitting the washer might be better than what you've got now. With an extra part in there you may need to do things up a little tighter than normal in addition.

Not the answer you're looking for? Browse other questions tagged safety internally-geared-hub rear-wheel axle or ask your own question.

3
Sturmey Archer SRF5W lateral axle adjustment
1
Mechanism to draw rear wheel back and tighten chain stuck; oil not helping, what's next?
5
Rear wheel not straight because of worn out dropout?
0
Wheel keeps going out of alignment and loosening the chain
5
Back wheel suddenly started "wiggling"
3
Derailleur and back wheel alignment issues
4
Back wheel continuously coming loose
0
Looking for advice - cracked rear hub along bearing races - How to buy a new rear wheel?
2
How should I reinstall parts on my axle when I forgot what order they were in?
1
Cannot remove rear wheel -- axis on the right side is stuck