I have an unneeded disk wheel. The rim is "disk-only", but it has sidewalls just as though it was for rim brakes. The sidewalls are painted though and not machined. (I even suspect it's some older model re-labeled with "disk-only".)

What can go wrong putting it in a rim-brake bike? After a few first slowdowns, while I take some care, the paint wears off.

Can sidewalls of "disk-only" rims, while looking just like their old rim-brake-compatible counterparties, be significantly thinner or otherwise unsuitable for using with rim brakes?

I'm looking for facts, not guesses or hypotheses (which I have more than enough myself :-) )

If you own the wheel and have no use for it and cannot sell it for a decent price, I would use it. Most likely the material is the same as for the rims made for rim brakes. Can you find a specification of the weigth of the rim proper and compare it to the weight of the rim-brake version of the same type/brand? That would give some evidence about wall thickness.

However, I would not trust that the paint wears off evenly by a few slowdowns or even many slowdowns. My guess is that the brake pads at first will skid a lot and make occasional rough patches where the paint gets removed. These will then become favored areas where the brake action is stronger. Your braking will get very patchy and uneven. Your brake pads may get degraded for a long time by the paint muck. Instead I recommend to use paint stripper, e.g. metal polish and steel wool, to remove the paint until you see the clean metal everywhere. Then clean the metal surface from organic residues.

Whether the wheel is worth this time and effort, is for you to decide. A new rim and respoking the wheel is not costing a fortune.

Facts are few and far between on this topic. It's best to assume that a disc brake rim won't have sufficient sidewall material for braking, and this is true the majority of the time.

There are some notable examples of rims where by all appearances, the extrusion sure looks exactly the same between the disc and rim brake versions. DT TK540s and TK540 Discs are one such. 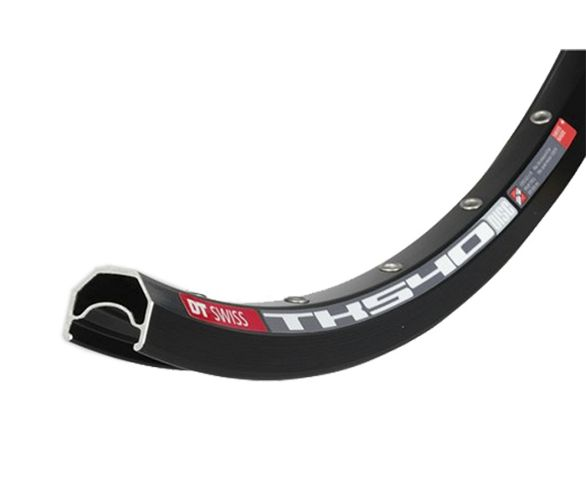 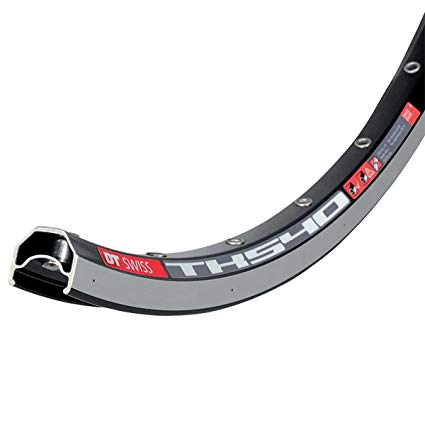 However, there aren't very many current examples of rims like that, but there are a good deal with parallel looking sidewalls that are or should be assumed to be too thin to be a brake track.

The structural efficiency and weight savings of foregoing the brake track are very real, and now that disc brakes are the norm there's not a lot of impetus for manufacturers to eke more value out of an extrusion by using it for both disc and rim designs.

Not the answer you're looking for? Browse other questions tagged rims rim-brake disc-wheel or ask your own question.

52
What is the practical advantage of disk brakes over rim brakes?
20
Converting bike from rim brakes to disc brakes
6
Can I run rim brakes on a disc rim?
10
Is it possible to mount a disk brake hub to a rim-brake rim?
2
Trying to identify some very old Magura rim brakes
2
Cyclocross Rim Wearing with Rim Brakes and appropriate Solutions
2
RIm brakes squealing in wet conditions
2
Hydraulic disk brakes vs hydraulic rim brakes