Can you adjust your (Shimano) gear shifters to have less/more tension? I'm frequently downshifting from high to low gear and would like to reduce the amount of finger energy required to downshift.

I'm pretty sure the amount of tension required to downshift is almost entirely determined by the derailleur's spring. Try down/upshifting without the derailleur attached (just holding the cable in one hand whilst shifting with the other), it will take almost no force to do so.

Cable condition can have a big impact on how much pressure it takes on the shifter to shift up/down. If this might be an issue for you try replacing the cable (either inner/outer or both depending on how good/bad your cables are). I've recently replaced the cables of the front derailleur of my mtb which were in very bad condition even though they looked ok visually. It took so much force to shift (both up/down) that I feared I might break the shift levers. After replacing the cables it shifts like new.

Cleaning/lubing your derailleur might also help make it easier to shift up/down.

If your derailleur limits are not set properly this might cause the up/downshifts at the extremities (lowest ad highest gear) to be more difficult/take more pressure to shift due to the limit screws blocking/halting the movement of the derailleur.

As far as I know there is no such adjustment on shifters since the force required is not determined by the shifter but rather but the force required to move the derailleur (and also by the leverage ratio your shifter has (amount of movement of the lever compared to amount of movement of the cable caused by this lever movement) but this is -as far as I know- non adjustable.

Ignoring friction in the shift cable and housing, the force you apply to the shift lever when downshifting (inwards to a larger sprocket) has to overcome the force from the derailleur parallelogram spring that pushes the cage outwards, and the A and B pivot springs that tension the chain because the chain. If those spring forces could be adjusted you would affect downshifting and chain control as well as the force required to shift. Derailleur designs set those springs to balance up and down shift performance and chain control.

If you feel that the force you have to put on the shift lever is excessive, the first thing to do is look at you cable and housings which can create considerable amount of friction. Also look at the state of you chain and cassette, a poorly lubricated chain will take more effort to shift.

If it’s really an issue, bc of arthritis there are types of shifting mechanisms definitely worth investing in. Not sure whether you’re asking about drop bar shifters, mtb shifting, bar end shifters or what.
The only thing you can do with your existing shifters and derailleurs is to optimize the system you currently have. If it’s a few years old, and requires maintenance, the best possible tube up from a local bike shop would be to get a “pro tune up” which will use an ultrasonic cleaner for most of the drivetrain components and replace the cassette and chain if required.
Installing new cables and housings properly, also makes a positive difference. A good mechanic will make sure the housings are cut and filed perfectly square. Sometimes Shimano shifters that have sat unused for a while need extra treatment bc the original lube can become “frozen” and very stiff.
Years ago, I went from using standard Shimano housing to link type housing, for derailleurs and brakes. Jag wire, Alligator I-links and Nokon are a few brands available. I liked the link type housing and found it actually made shifting slightly quicker, slightly easier and seemingly more accurate on one of my bikes from 10 years ago.
But there is no adjustment within the Shimano componentsa themselves that can adjust how much force is required to execute a shift.

Another possibility is converting the derailleur to desmodromic (forced) activation without any springs at all. One cable moves the RD in and another moves it out. But this would necessitate a very precise set-up and quite a stiff frame to eliminate unwanted behaviour. 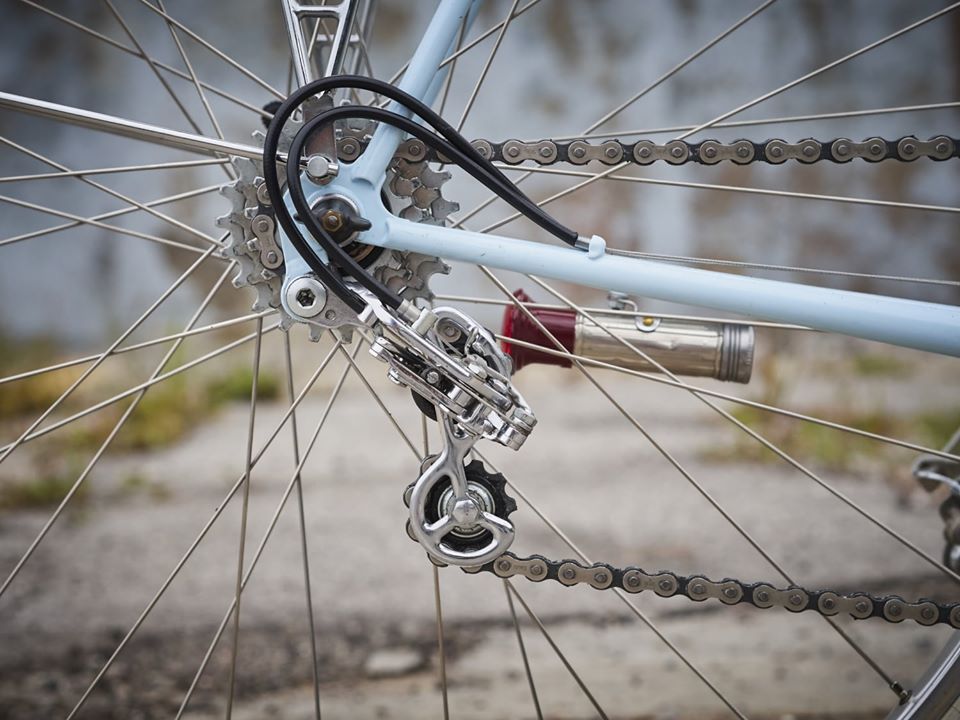 I used to have this problem with my MTB .. then I realised that it was because the end of the cable housing entering into the RD is bent. It's not very obvious and took me quite a while to find the problem.

You might want to check there's no bends or kinks along the entire length of cable ..

24
Help Me Understand My Bicycle's Gears
1
How do I adjust my 7-speed Shimano SIS indexed shifter not to miss out one of the cogs?
5
(Automatic Bike Project) amount of torque required to change gears?
1
RevoShift Friction: shifting to the largest gear takes a lot of force?
2
Most Efficient Way to tune rear gears of mountain bike
4
Half speed internal hub gear?
1
Ideal % jump between gears?
14
Worries about a gear ratio of 1:1?
10
What is the generic name for the gear shifter where you have one trigger for the up shift and another for down shift?