Should I buy this bike with a dent in the top tube? Is it safe?

I'm considering buying this used steel-frame bike. But the top tube has a small dent (about one-third of the way from the saddle). Is this a problem? I plan to use it daily (~6-7mi) for commuting to work. 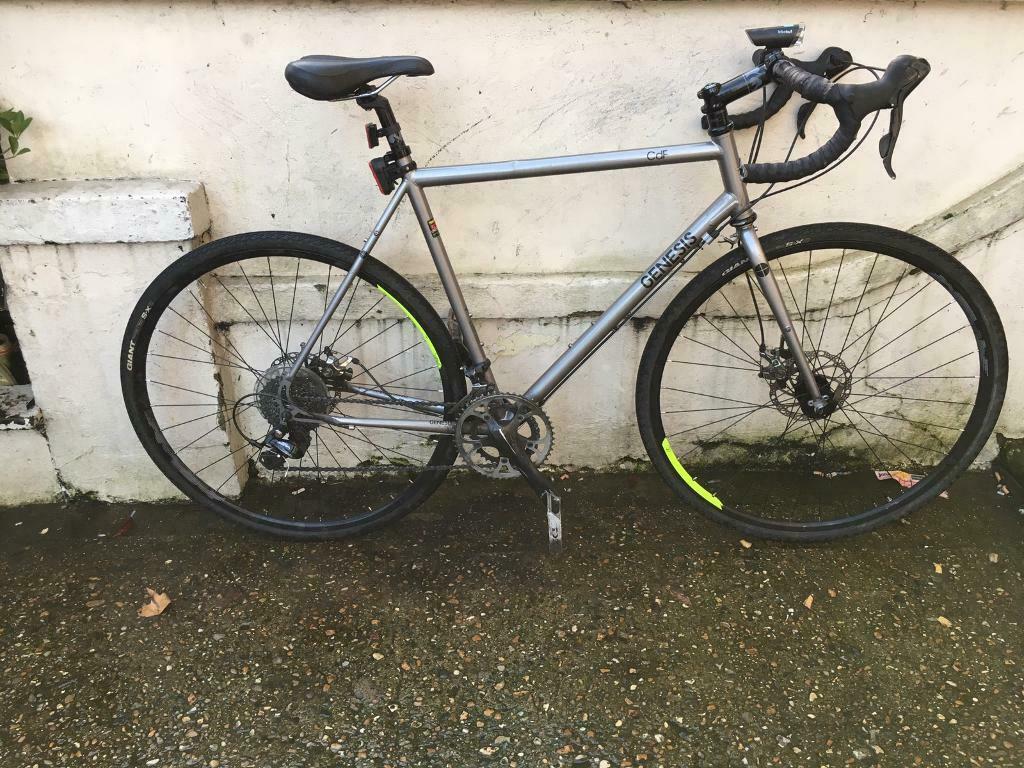 In all honestly, I wouldn't trust it as a daily commuter.

There's a high chance that it will be fine, but there is still a chance for it to fail. Especially if you decide, for any reason, to be fully loaded.

Also, we don't know how much you weigh, or how much stuff you will be travelling with.

In theory, the frame could be absolutely fine, but with use, there's a chance that the dent has exposed the frame to the elements and more likely to fail over time with corrosion etc..

Another thing to look out for is whether the bike is stolen, that dent looks similar to what would happen if someone yanked it from it's lock, and if it was a cheap lock then it could break.

The bike is cheap though, and if it were me, I'd buy it just for the parts! Try and source a replacement frame and swap all bits over. But again, I don't know how mechanically inclined you are.

A small dent in a steel frame should not be a problem. However, It's hard to see how big that dent is in the pictures provided. Damage to the top tube may indicate that something heavy fell on the bike. If the top tube is bent then the frame will be weakened.

Don't buy this bike without inspecting it bike personally. If the dent is small use it as leverage to negotiate the price down. Check for other damage too.

There is simply no way to recommend to someone else to say it would be safe to ride a bike with obvious damage.
Perhaps a better question would be to ask if you would allow your spouse, partner, daughter or son to strap on a heavy backpack, then attempt to set Strava descending record down the twistiest, steepest, and busiest road you know of.
If it fails, the consequences are high.
Do not purchase a damaged bike.

The answer depends on whether the dent is small. How small is small? Small dents can be repaired. The website sheldonbrown.com says:

"Small dents: Don't worry about these. A professional framebuilder may use metal blocks, drilled out to the diameter of the tube and sawed in half, then clamped over the tube. Because the margins of the dent are raised, clamping the blocks down may push the dent out."

Other websites suggest simply filling small dents in bike frames with car body filler. Dents in motorcar bodies can be pulled out using hot glue and a slide hammer, but a bike frame may be too thick for this, unless you have a lot of patience. I have never tried it, but I would try, if ever my bike frame got a dent.

Not the answer you're looking for? Browse other questions tagged frames damage steel or ask your own question.

21
Dealing with rust on a steel frame
24
I keep breaking my road frames - why?
10
How can I tell if the size of a bike is right for me?
5
Can i stop my frame scratching my seatpost?
7
Is it safe to ride a steel bike with a dented/buckled frame?
3
Can I change my bike's frame?
8
Is this a cracked frame?
3
How much flexibility is normal for steel frames?
1
Can I use an expanding plug rather than a star fangled nut in a steel steerer?