Is it possible to accurately measure airspeed on a bike, and is it useful?

So riding into a 15mph headwind at 15mph, your airspeed would presumably show as 30mph. In no wind, airspeed of 15mph.

And would viewing airspeed be at all useful to a training cyclist, apart from relatively determining what the wind speed is? The only reason I'm even thinking about it is because so don't have a power meter. :)

It is possible to adapt an anemometer for bicycle use 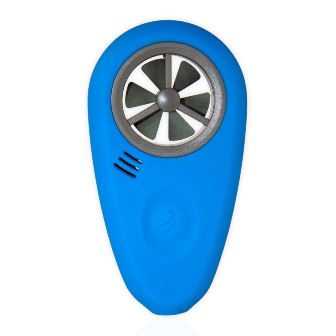 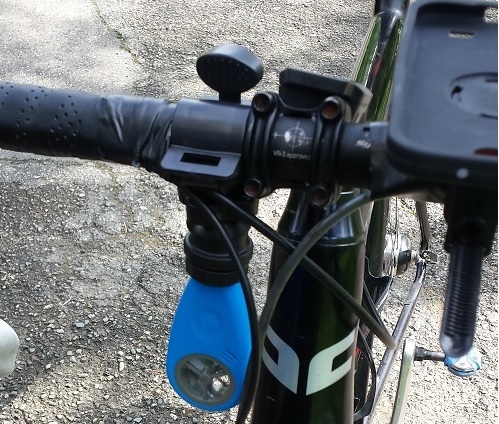 Usefulness is a subjective value

A summary of the Cycling Weekly article:

Later in the article

This is particularly exciting as it will allow riders to experiment with things like arm and head positions in order to establish which is faster. It is important to point out that the applications of this extend well beyond time trial, but also into standard road bikes too.

So, if you had an airspeed sensor with humidity, air pressure, air density, and temperature, and referenced the data with power, GPS and speed data with you had a headwind of 15mph you could adjust your riding position and find the most aerodynamic riding position.
You could also modify your bicycle to be more aerodynamic and gather data to determine if there is an actual improvement.

You'd have to decide for yourself it doing all that work is "useful".
Most riders change riding position in a headwind by feel.

It depends.
You would have a (some degree) vector of force with a crosswind of 15mph. If the crosswind was - for example - 10 degrees off of dead ahead it would contribute to airspeed. At 90 degrees off of dead ahead it would not contribute to airspeed. Here is a discussion on the effect of crosswind on an plane which is not exactly like a bicycle but principles apply.

The airspeed and the wind speed are both vector quantities having a magnitude and a direction. The chief effect of the cross wind is to deflect the flight path in the direction of the wind.

There are devices designed for bicycles that measure airspeed. And older example is the iBike, but there are others. The iBike is intended to be used as a stand-alone power meter, and makes assumptions about the drag area and rolling resistance of the bike/rider, then combines those assumptions with speed and gradient information to estimate power.

The other airspeed devices (for example, the Notio Konect) are used in conjunction with an on-bike power meter to determine aerodynamic drag; the on-bike power meter measures power, an on-bike speed sensor measures speed and acceleration, and (sometimes) other sensors will measure gradient and air density. From these measurements, aerodynamic and rolling resistance drag can be estimated. Of the airspeed measurement devices that are currently available as of January 2020, none measure yaw -- they only measure airspeed from directly ahead. There are a few devices that are in development that do measure yaw.

This SE.bikes question and answer describes some of the calculations involved in the estimation. A brief description of how the iBike estimates power is discussed in this SE.bikes topic here.

You clearly can define a single airspeed (and effective wind direction) from the maths - it's 15*sqrt(2) mph at 45° in your example, but it's not very useful. Consider a sailing boat. Sailing perpendicular to the wind is close to the fastest direction, because the wind is deflected backwards pushing you forwards.

If you had a sail on your bike, apart from making balance tricky, it could be angled to propel you forwards, or to act as a brake. In strong winds at low speeds it's actually possible to feel this effect just by angling your body as you ride perpendicular to the wind - sitting up straight, if you push your upwind shoulder forwards you'll be faster for the same pedalling effort as pushing your downwind shoulder forwards. I've only had good chances to try this uphill, but on the flat an interesting experiment would be to see how far you could freewheel in each of these two body positions.

The magnitude of your velocity, and thus your airspeed, would be 21.2 mph. Velocity is not a scalar value, but a vector value because your "air velocity" in this situation has two components:

Put another way, the airspeed of 21.2 mph is what would be measured by a pitot tube, and by most airspeed sensors. A windsock or vane would measure direction.

IMHO, knowing the airspeed on a cycle might be useful to a training cyclist, but not so much for training and evaluation of progress toward a goal. I say this because relating airspeed to power requires more data. Consider the following:

If you have measured your airspeed and you know your drag coefficient you can determine the force required to move the cycle. You apply a force to the pedals, and as the cycle moves forward you are said to have done work. If you do work over a period of time, you have generated power. (Some references for your reading pleasure).

In other words, you will run into some complications: Force on the pedals will change depending not ONLY on airspeed, but also on gear selection and incline (among other things). If you cycled the same stretch of road (same incline), with the same gear selection, and the same cadence, then airspeed would be a reasonable indicator of how much power you expended relative to a reference.

24
How do bicycle power meters work?
20
How can one estimate drag for a bicycle?

3
Speed and Cadence Bike Sensor Opinions
2
How much better are aerodynamics between a vintage road bike and a top of the line aerobike?
6
How much does wind affect the speed of a professional cycling peloton?
5
How do sidewinds affect forward speed?
16
Is cycling behind a truck a bad practice?
0
Does the size of a bike tire matter when going up and down hills?
22
How much easier is it to go fast on a road bike and why?