What are these rubber rings on my brake caliper bolts for?

I have purchased a disc brake adapter which came with a set of mounting bolts for mouting the adapter and the caliper together. The bolts have a rubber ring on them, but I'm not sure what it's for. Should it be mounted together with the caliper and adapter, or is it just for holding the washers and shims in place as part of the packaging? 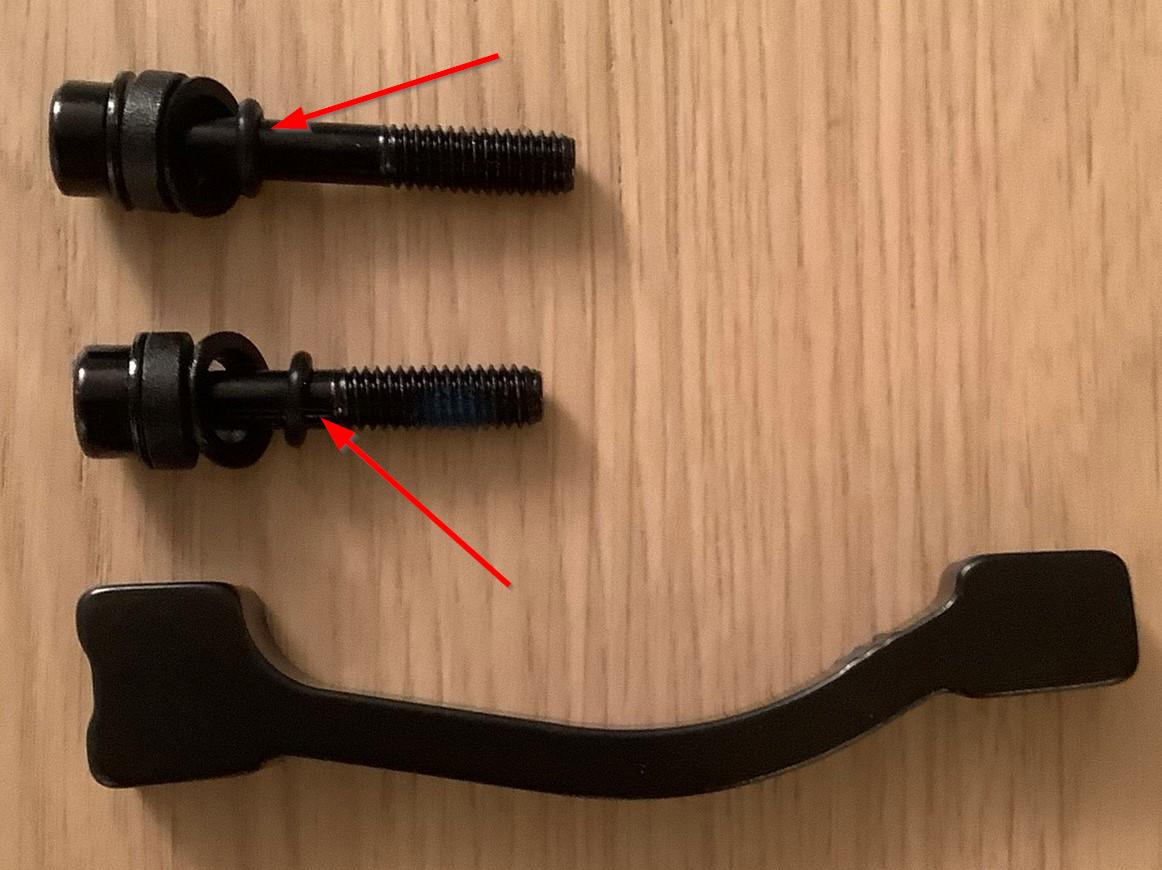 The bolts have a rubber ring on them, but I'm not sure what it's for. Should it be mounted together with the caliper and adapter, or is it just for holding the washers and shims in place as part of the packaging?

The rubber rings are just for holding the washers and shims in the right place and should not be installed on the bicycle. 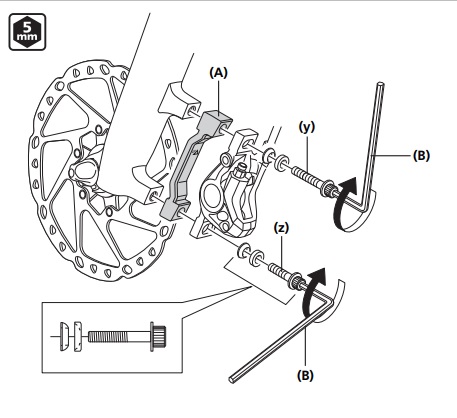 There are many disk brake adapters. Without a description of what you have I could not find instructions specific to your situation. The pictured adapter is similar to yours (it's a SM-MA-F180P/P2) and shows no rubber rings.

Added information after the part make and model was identified:
The manual for the Tektro A12 lacks an exploded diagram or words describing the washer arrangement.
Frequently asked questions on their site does not cover this.
Their videos have a how to install a caliper part but they don't show the washer arrangement.
You can try their contact page.

Often the correct way to install something becomes clear once the part is installed. Since Shimano has a similar bolt/washer setup try it without the rubber ring first.

From Tektro's website one can download the installation instructions of their disc brake adaptors, one of which is termed the "A-12." You must download the instructions from a drop-down menu (titled with the heading "downloads.") There is no mention of this o- ring in the caliper to adapter installation instructions. However, diagram 3c, shows an o- ring that is removed from a 3mm bolt that is used to fix the pads in the caliper on the Aquilla, Lyra, and Aries mechanical disc brake systems. If you are using one of these systems, could this be the pad fixing bolt you're looking at? If you determine it's not and the bolts are in fact the caliper to adapter fixing bolts, I would not install the bolts with the o rings in place as there is no mention of it in the directions.

One thing to think about is that the bolts securing the caliper to adapter are ones you would loosen prior to attempting to realign the caliper/pads to the rotor. As such, one would not want to use a loctite-type product that is designed for permanent fixing of the fastener (i.e. red). Use blue or purple instead.

I'd suggest contacting Tektro or an LBS that sells and services Tektro brakes to determine exactly the nature of these o-rings. Perhaps they're part of the adjustability of the caliper to the rotor? It would seem unusual to me, especially positioned at the very inside where they'd be highly susceptible to being ground apart on initial install.

The rubber ring could theoretically serve the purpose of keeping water out of the threads, thus preventing rust/oxidation (which when screwing the bolt into an aluminum fork can cause them to become very stuck in some cases)(I believe it's due to a 'galvanic reaction' between the aluminum and steel;

). I've never had issues with brake caliper bolts becoming stuck but then again I store my bike inside.. thread-lockers should also prevent the thread from seizing..

The rubber rings could perhaps serve the purpose of preventing the bolts from loosening due to vibrations. Usually brake caliper (and brake caliper adapter) bolts are held in place with lock-tite or a similar thread locker. Although I have never seen rubber rings used for this purpose I can imagine this might be a possibility.

All brake caliper bolts I've removed/installed on bike's I've worked on so far did not have such a washer installed so you should also be fine installing the bolts without a washer (but a thread-locker is advisable in this case to prevent loosening from vibrations).

In the graph below some test results can be seen comparing loosening of nuts when using thread-locker compared to a few types of washers. Unfortunately a rubber ring is not among the rings tested however the graph should still give an indication of the effectiveness.. 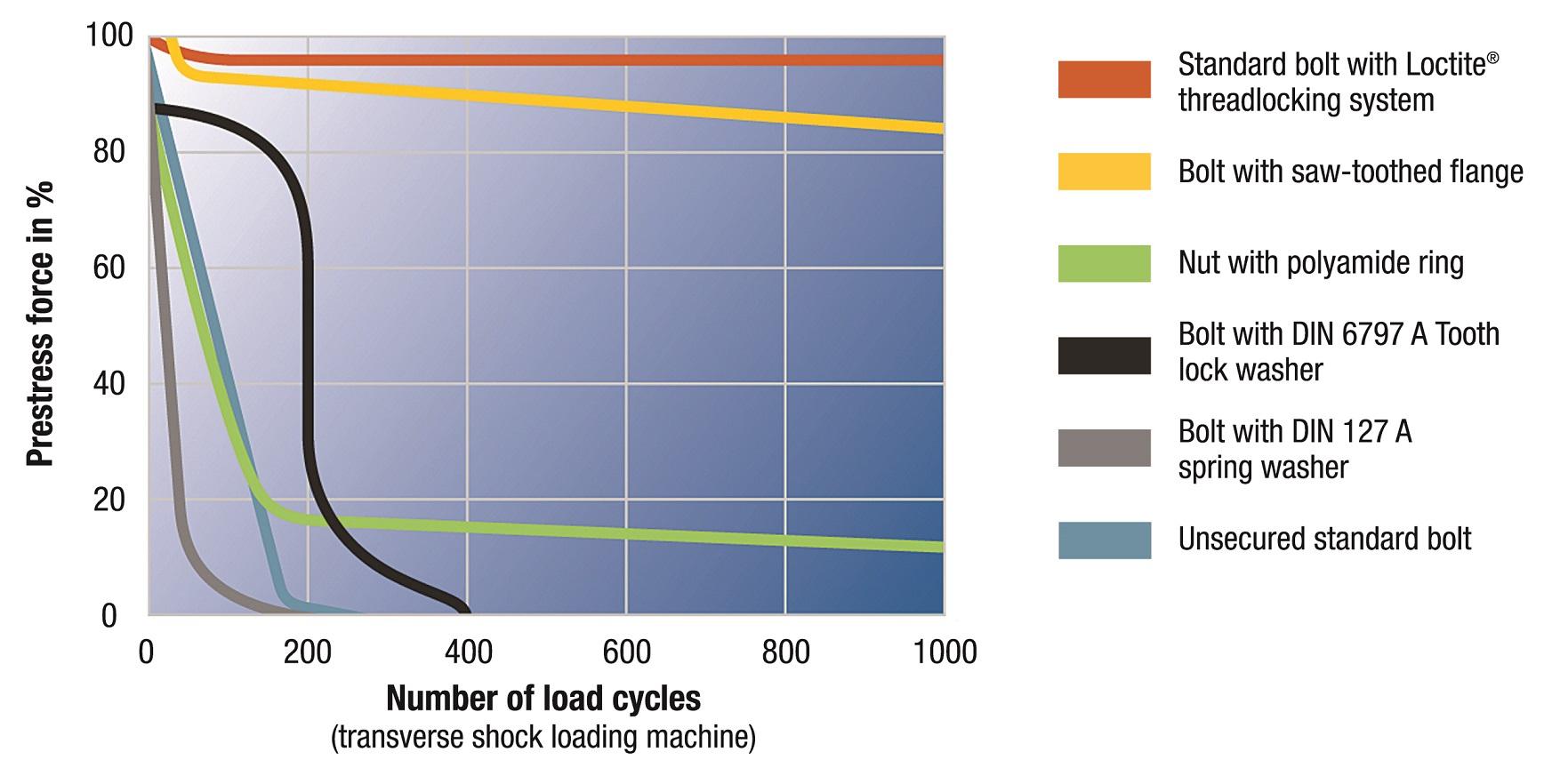 Judging from the image thread-locker would be your best option to prevent loosening, rubber o-ring might come in second and thus be a good (albeit less effective) alternative, unfortunately I'm not quite sure were in the graph the rubber o-ring would be if tested. I would expect it to be an average between the yellow (saw-toothed flange bolt) and green (nut with poly-amide ring) line.

Goes between the spacer and the caliper mount on the fork to hold the washers together .. I think.

Saw that on a new bike I was working on.

5
What to consider when changing V-brake for a disc brake?
3
Is my disc brake caliper correctly mounted on the frame?
2
mounting disk brake caliper problem: wheel doesn't spin freely, rubs outside pad, and caliper already as far to outside as possible
4
How to upgrade disc brake size
5
Disc brake adapter too close to rotor
6
What are the reasons for these two very different post mount adapter designs?
4
Is the lateral brake disc position standardized (and, if so, to what tolerance)?
0
What bolt size are Shimano brake caliper bolts?