My crankset is driving me nuts, because of creaking noises when pedaling.

I have fixed the issue twice already, by removing the bottom bracket (FWIW, it's a 68x115mm square, pictured below, and my frame is aluminium), cleaning everything up and installing it back, with some fresh lithium grease. However, the creaks come back soon, like after a week or two (about 30km ride per day), or after some heavy rain.

I had been tightening the strongest I could, but using a simple 24mm wrench, with the bracket tool ripping off again and again... Note that every time, the subsequent disassembly was very easy. I guess I wasn't tightening strong enough. As I have to fix it again (*cries softly*), I just bought a 300mm torque wrench, and will tighten to 40~50 Nm.

Update: So, I've just spent 3 hours cleaning (this time very, very thoroughly) and reassembling everything. About the torque, 50 Nm is not as strong as I thought, and I think I fastened strong enough the previous times. When I rode the bike afterwards, there were the exact same creaks are before (*cries softly*). But after like 1~2km, they disappared, and no noise for the rest of the ride (about 10km, under heavy rain). In fact, that's also what happened the previous times…

But after I have reinstalled the crankset, I turned the pedals by hand very fast, with the chain removed. Looking at the screw head of the left arm, I noticed it was very, very slightly waving. Which indicates the axle is slightly misaligned or bent.

Thus, I begin to suspect the culprit for the creaks is the bottom bracket itself. Do you think my assumption is right?

Update 2: So, today, the annoying creaks are back, exactly as before (*crying intensifies*). Maybe it's the BB itself, but I'm also suspecting the chainwheel aluminium bolts (even if I've greased them), and the pedals (magnesium platforms, which seem to easily propagate noise). I'll have to proceed by elimination… Also, note that after a sudden rain (again…), the bike got very wet and apparently it makes the creaks to disappear.

Update 3: After some trial and error, found it! It was the pedals, as simple as that… Some AliExpress titanium pedals, great at first glance, but that degraded fast, and with many design errors (here for instance, I cannot disassemble them because there is not enough room for the head of the socket wrench). Thankfully, AliExpress already had reimbursed me because of conception errors of this product. It's a shame because they were lightweight and there isn't much alternative, but the creaking noises are a huge no-no for me. Basically I just eradicated 95% creaking noises of the bike :) 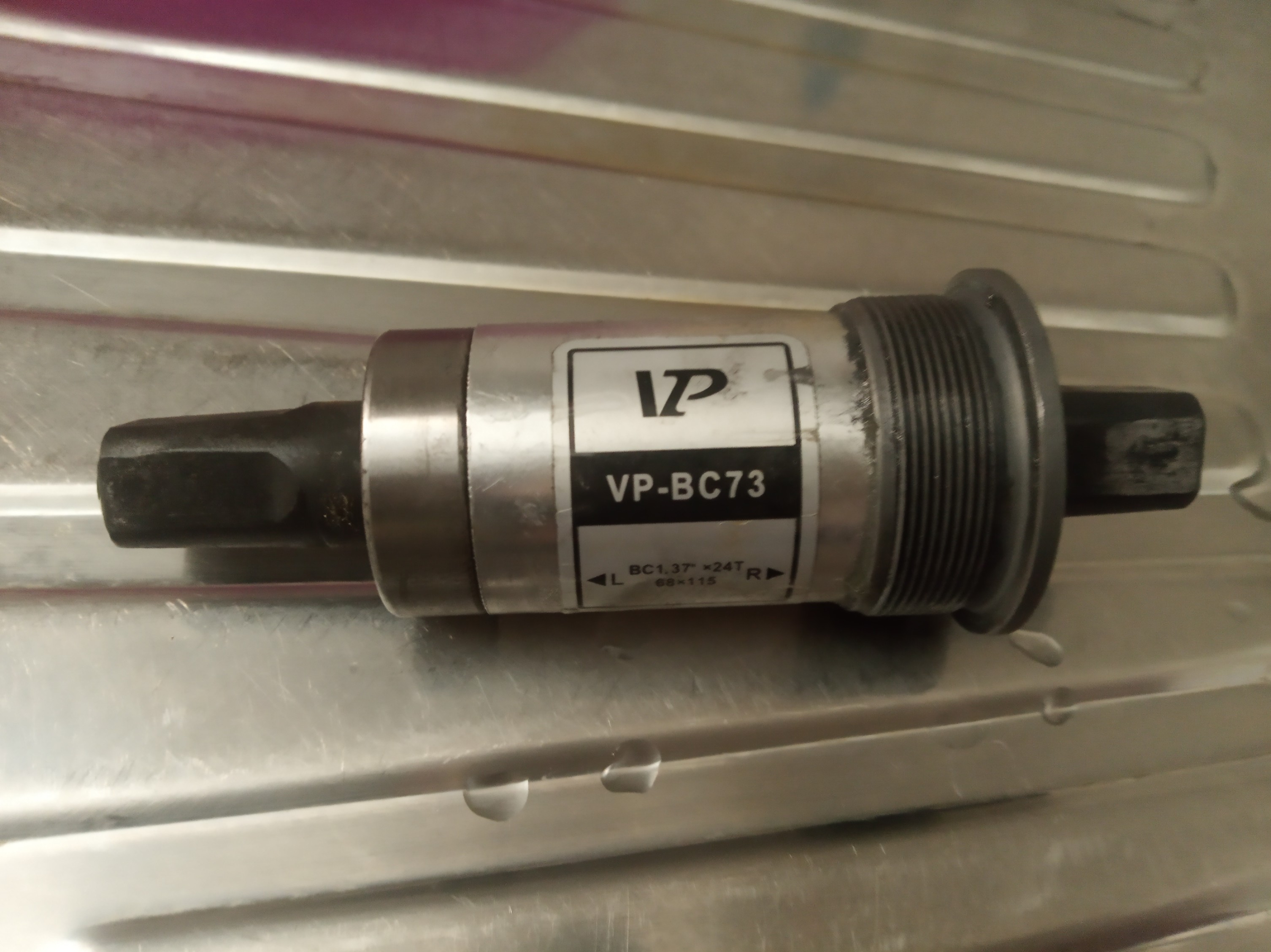 Another method to stop creaks between the BB and the frame is to use plumbers teflon tape. Just one or two wraps on the BB threads before installation will keep the bottom bracket from backing out and fill voids to eliminate movement and creaking.

Many times simply cleaning and greasing the BB and frame threads will also fix the problem.

If the problem disappears for a while after disassembling and reassembling, the bottom bracket and cranks then the BB/shell interface likely is the source of the problem...

Creaks can come from many sources yet they will sound like they are coming from the bottom bracket. Some other common sources to check:

Cassette: Tighten down the lockring. I've had this happen to me a couple times.

Seat rails were sliding where they went inside the saddle. The creaking disappeared when I stood.

Handlebars creaking inside the stem. Fix by lubing the bars and reinstalling.

Chainrings on crankset: Loosen and retighten the chainring bolts.

My recommendation is to fix one item, see if the creak persists and if so move on to the next.