Alternatives for mineral brake fluid / oil (in a pinch)

In case you don't have 'original' bicycle specific brake fluid on hand (e.g. "Magura Royal Blood"), what might be a good alternative to use (in a pinch) in hydraulic (disc) brakes? (for brakes that take mineral oil).

How long would such an alternative last? Which problems might occur and how soon? 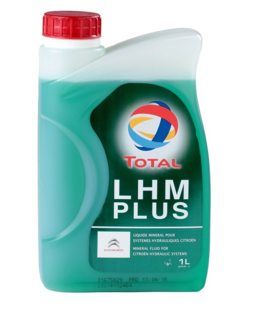 What are the requirements for a good braking oil/fluid?, my thoughts:

Do you agree with these requirements? Did I miss any or are some of them simply incorrect?

Any suggestions are welcome. Thank you!

The rubber seals in mineral oil levers and calipers are very easily damaged by using the wrong fluid, and should this occur replacement seals aren't typically available. Experimenting with alternative or in-a-pinch brake fluids is a bad idea for this reason. The results are unpredictable. In the worst case, a brake failure could occur.

Running a different viscosity than intended can also alter brake performance. In particular, higher viscosity fluids have been known to sometimes cause either slower or incomplete piston return. Of course the specifics of the hose, brake, piston count, pad spring, etc are all going to play into that, a fact that no meathead MTB forum poster is ever going to consider for a hot second before telling you to go put LMH in your brakes just because they did it and it didn't blow up.

There's a type of DIYer who loves talking about how they've had their bike set up with hack X for Y years and it's totally fine, so it of course will always be fine for everyone forever. That's a good type of person to categorically ignore. Most of the time, their shadetree nonsense doesn't work as well as they want to believe, and they're really only out to appear as though they have something meaningful to contribute, when in fact the opposite is almost always true.

Seth from "Seth Bike Hacks" youtube channel did a test recently with a baby oil, including disassembling the caliper and checking the seals for damage under a microscope. Full video here.

Also I remember reading in a review of Shimano brakes on bikeradar that in a post-crash pinch they used olive oil and got down the mountain OK. But this is rather an extreme example.

The only substitute I have a personal experience with was using sewing machine lubrication oil in very old Magura brakes as a long-term replacement. It did not seem to damage the brakes, but for some reason required bleeding the breakes much more often. It is possible that it was slightly out gassing under temperature. This is also what I would be most afraid of when using replacement - brake fluids are specifically engineered to avoid that, and it leads to mushy feeling on the lever.

LHM is a very good brake fluid. It's used (was used) in the braking, suspension and steering systems of top-end Citroen cars and has a very high specification for an oil. Citroen specified that you could use SAE30 oil as a temporary replacement/top up where necessary. Certain aftermarket cycle mineral oils sold by eg Weldtite/Cyclo appear to be LHM with the green dye. It functions very effectively in Shimano, Tektro and Magura systems.

The Magura Royal Blood is vaguely mysterious. There was a Citroen specialist in Holland that used to use a blue mineral oil as an "upgrade" for the Citroen hydraulic circuit that was otherwise used in aeronautical hydraulic applications. I believe it had better flow and made the suspension softer. I wouldn't be surprised if Royal Blood was the same stuff, but it's purely speculation.

If you wish to maintain your warranty, guarantees etc, you must use the manufacturer specified fluid. There is little practical benefit in using the wrong fluid, though there are various options to use when you have no other choice. I wouldn't use vegetable oils as these are usually quite acidic and will eventually affect certain seal materials. Just ask the people using veg oil instead of diesel.

Not the answer you're looking for? Browse other questions tagged brakes disc-brake hydraulic-disc-brake or ask your own question.