I built up a Specialized Rockhopper over this last summer, ending up with a sleek, blacked out, Deore & XT equipped thing of beauty. During a brief stop at a buddy's place, the 12mm Kryptonite cable lock was forced and it was gone. About five days later, I'd chased it down, finding it completely stripped. Even the BB cable guide was removed.

I've decided to rebuild, mostly in hope of transforming my anger as much as the Specialized. The left bottom bracket shell has some damage that concerns me, I'm asking for possible solutions and to run by ya'll my thought on a possible fix. 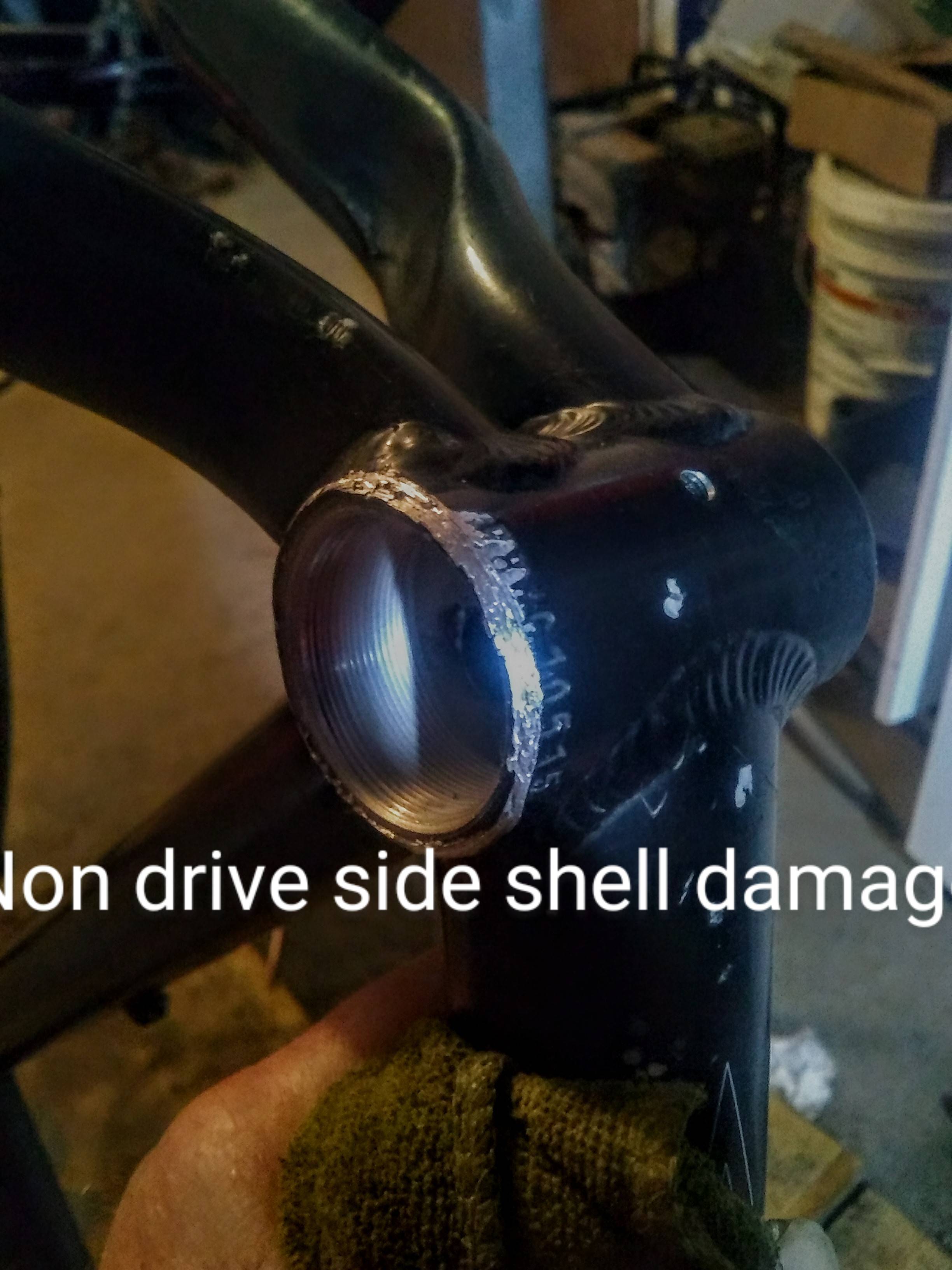 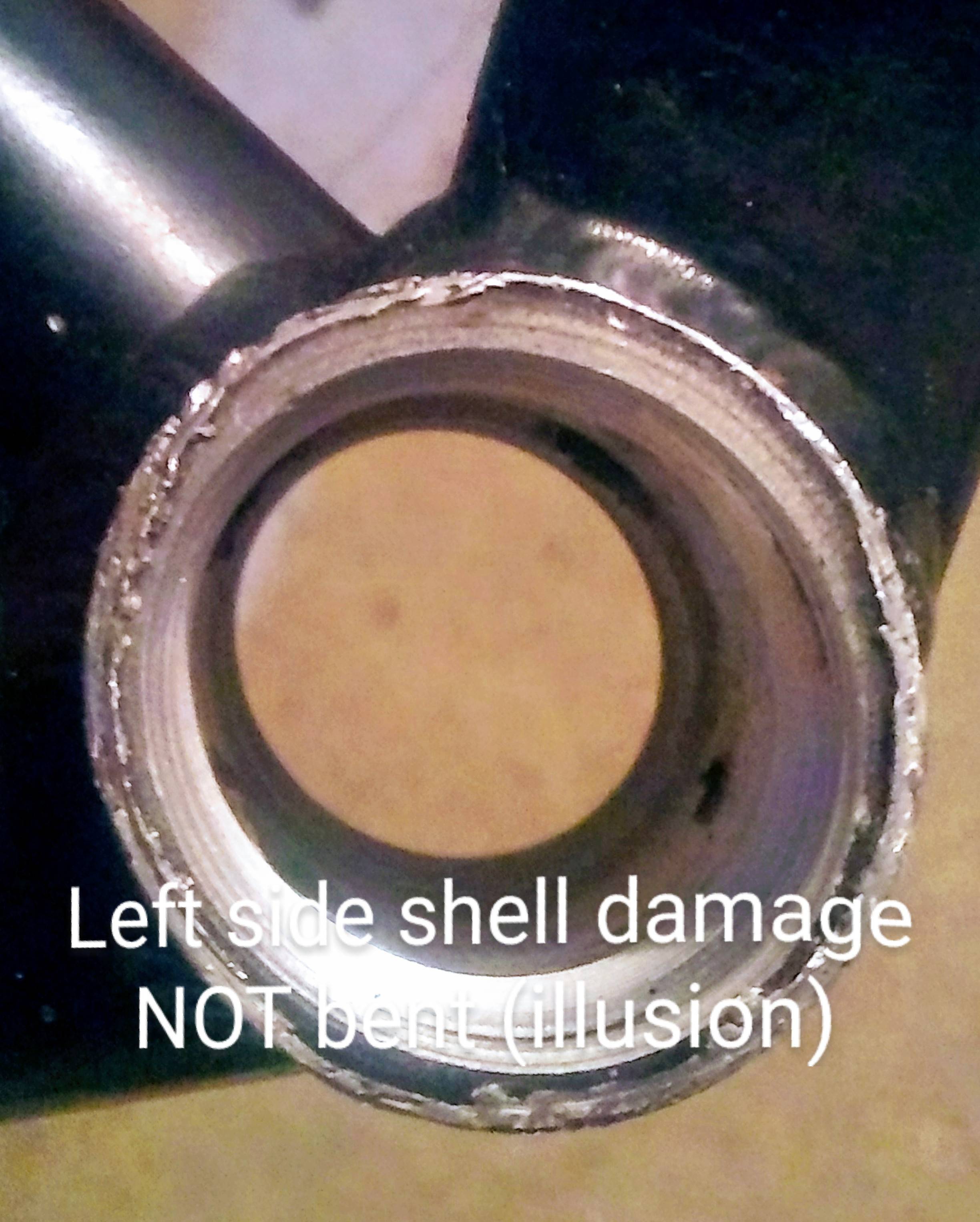 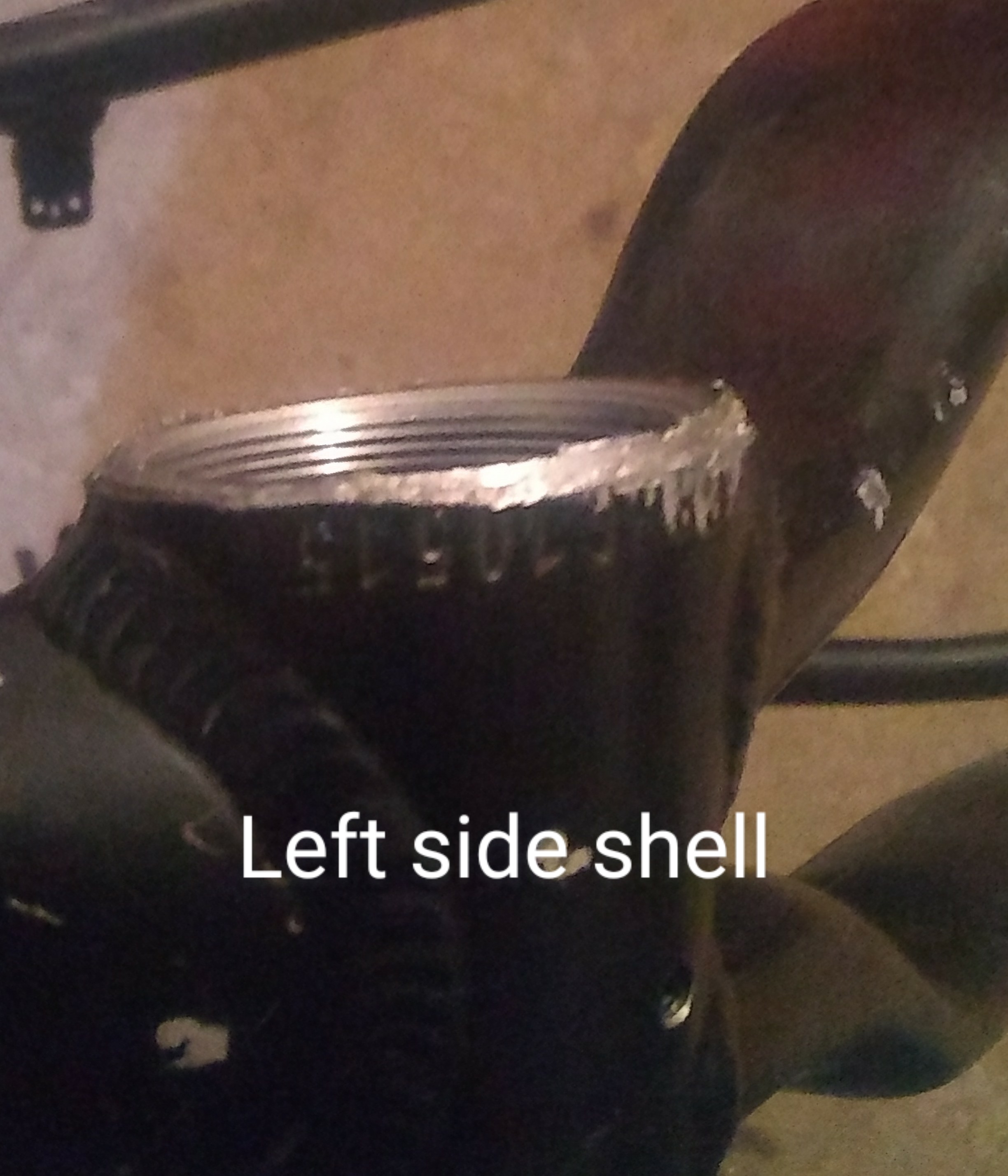 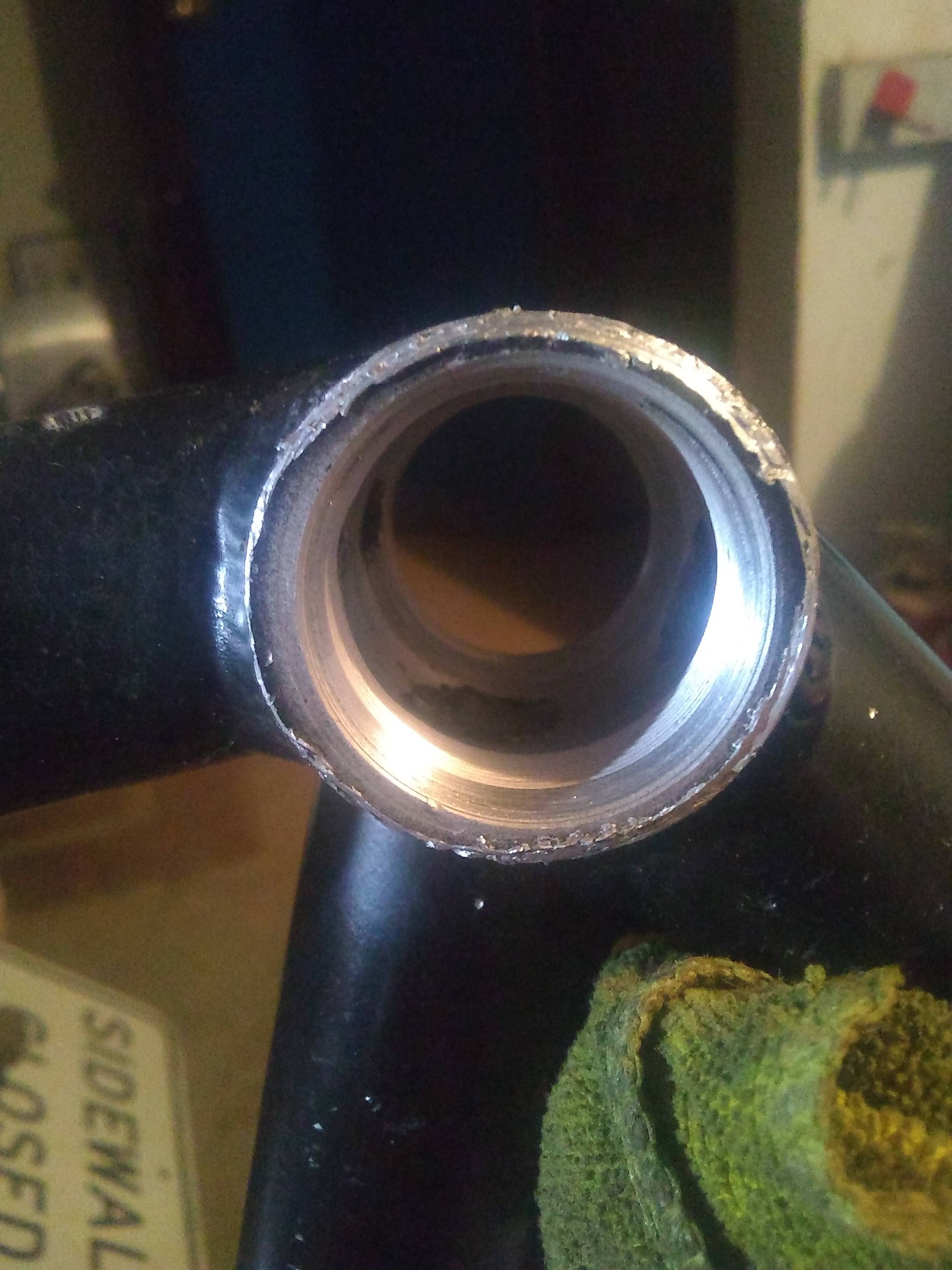 I'm going to face this left side, if only to remove the galled aluminum that sticks out past the original, proper edge. Could one be more aggressive and remove 2.5 mm from the shell width on this left side (ending up with a 65.5 mm shell) then add a 2.5 mm spacer to bring the cup out to the 68 mm position?

Finally, is the frame ruined? (If so, somebody cue AC/DC's "Dirty Deeds" cuz it's gonna be my jam for a while).

You could most likely also instead do the following: face the frame by 2.5mm... don't install a spacer under either cup.. install them directly into the frame. When installing the left side crank slide a spacer (1 1/8 inch headset spacer for example with on side pressing against left side crank and other side pressing against the rotating ring on the bearing cup) over the axle of the crankset before proceeding to install the left side crank arm. Make sure to choose a spacer with just enough thickness to ensure you can adjust it so there is no play on the bearings/crankset axle. I've done this on one of my mountainbikes and ridden it for well over two year without issue. Using this method you have the entire bearing cup's thread length engaged in the frame even after facing off 2.5mm (or another amount for that matter).

Your suggestion of facing off only the called aluminium sounds like a good option to me. I believe the amount/total thickness of spacers underneath the bearing cups is limited because there needs to be a certain length of thread engaged to aquire the required strength. This would also explain why it differs between metal and plastic cups (since the latter have much stronger threads). This being said a 2.5mm spacer shouldn't cause any issues based on my experience. Perhaps you could consider tightening the bb cup on the faced side a little less (make sure it's properly snug though otherwise you'll ruin your threads most likely ... As is also the case when not tightening a pedal correctly and using the bike after) and installing (high strength?) Loctite or another thread locker to prevent the cup from loosening. .

In the end, what I chose to do was stay conservative and utilizing some hand tools and a makeshift jig, I filed the galled aluminum away off the edge of the left hand bottom bracket shell. I took it just down to the original edge where the spacer of the stolen BB butted against. I used digital calipers frequently around the entire circumference to check the width of the BB shell. To finish I inserted a large bolt thru the shell which was stopped on the right side by a large washer. To the bolt on the left I had prepped one side of a washer with some Emery cloth, which faced (literally!) the left edge of the shell. With the calipers I had marked on the bolt 68 mm from the inside of the right hand washer. Here I ran a length of electrical tape around the circumference of the bolt. This acted as my 68 mm mark and because the washer was just big enough to go over the bolt threads would stop the left side washer and. nut from advancing past 68 mm. I rotated this assembly about 6 times rubbing the left hand shell with the Emery cloth. Coming away, the shell measured within a few hundreths of a mm. If memory serves, the largest devience was .03 mm.

After approximately 250 miles the Shimano external bearing BB seems fine. I installed a 2x10 drivetrain (Deore M6000 crank, 34-24 with XT derailleurs and shifters). Last week I installed 38-28 chainwheels for a little more top end. While the crank was off I did a pretty thorough investigation of the BB and found both sides to be very smooth. Only about 250 miles I would guess, but I ride daily in all conditions. So far, so good. The bike is dressed up a little higher end than when it was stolen and stripped. I've added a Fox Forx front end. XT hubs laced to Mavic 321 rims. The front der is XT (M8020). That's the side swing style and makes the shifting noticably lighter and the throw seems reduced, though that could be the result of 2x front drive when I've previously stuck with triples (8,9, & 10 s versions on different bikes the last three years since my lifelong love for bicycles turned hardcore). Anyway, I like what's developed out of some negativity.

Some notes: I have Shimano hydraulic disc brakes now (Deore M6000). I've run both hydraulic and mechanical disc brakes over the years, mostly on dedicated all-mountain bikes and one or two transient day to day bikes. Mostly though, it's been V-brakes. On the setup that was stolen, I had Shimano Deore V- brakes with extreme condition pads. From a performance standpoint in fair weather, I believe the V-brakes are equivalent to discs, and if I had to say, I stopped faster with the VBrakes. When cost and other overall parameters like maintenance cost are included, V-brakes become a far superior value. The set-up of the V-brakes can be a POA, but when they're dialed in, a disc brake won't shame them in any performance category. And a 5mm Allen wrench compared to a bleed kit, spacers, rotor trueing, fluid. They got us by the short hairs on that deal.

Suspension systems need to come down off their high horse too. Nearly a $1000 for an overly complex system requiring two different fluids, aftermarket parts and kits to get it dialed in right for the individual and a maintenance schedule with frequencies more often than I pee, and, again, the cost of said maintenance. "PLUSH is more than just a ride characteristic," said the Fox to the Rock Shox as Marzocchi & Manitou toasted their champagne to that!
Power to the people! I'm off to ride. 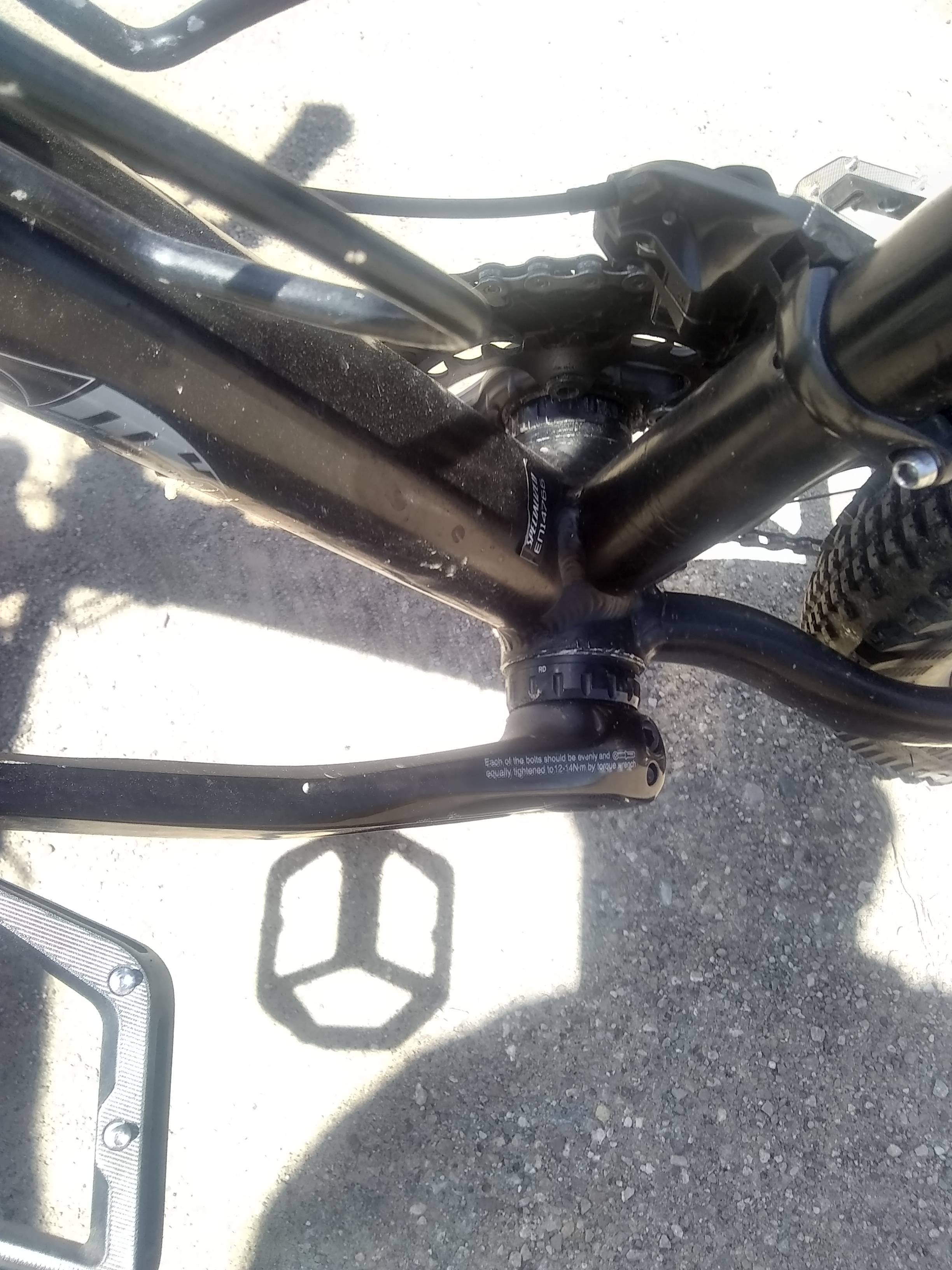 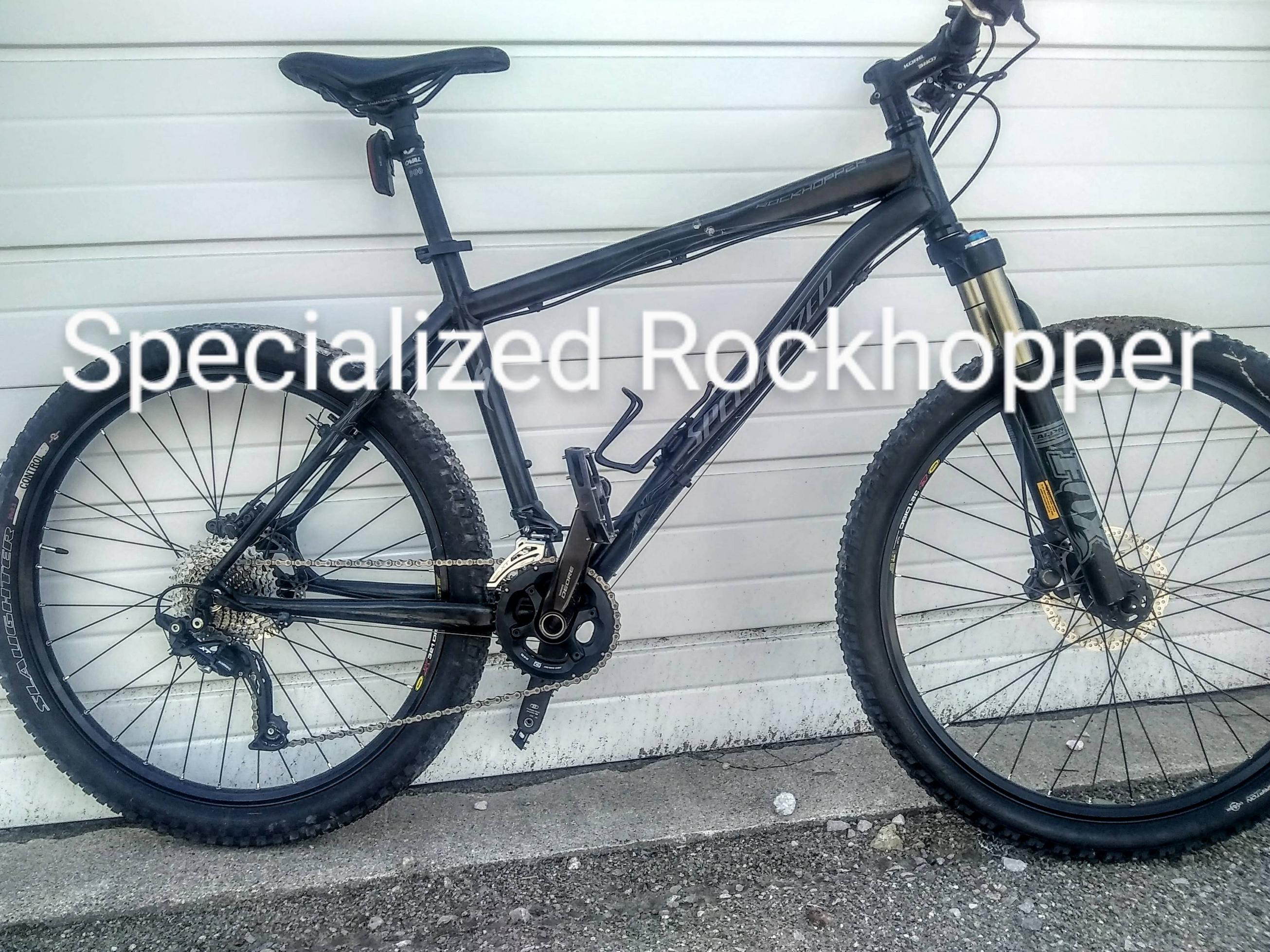 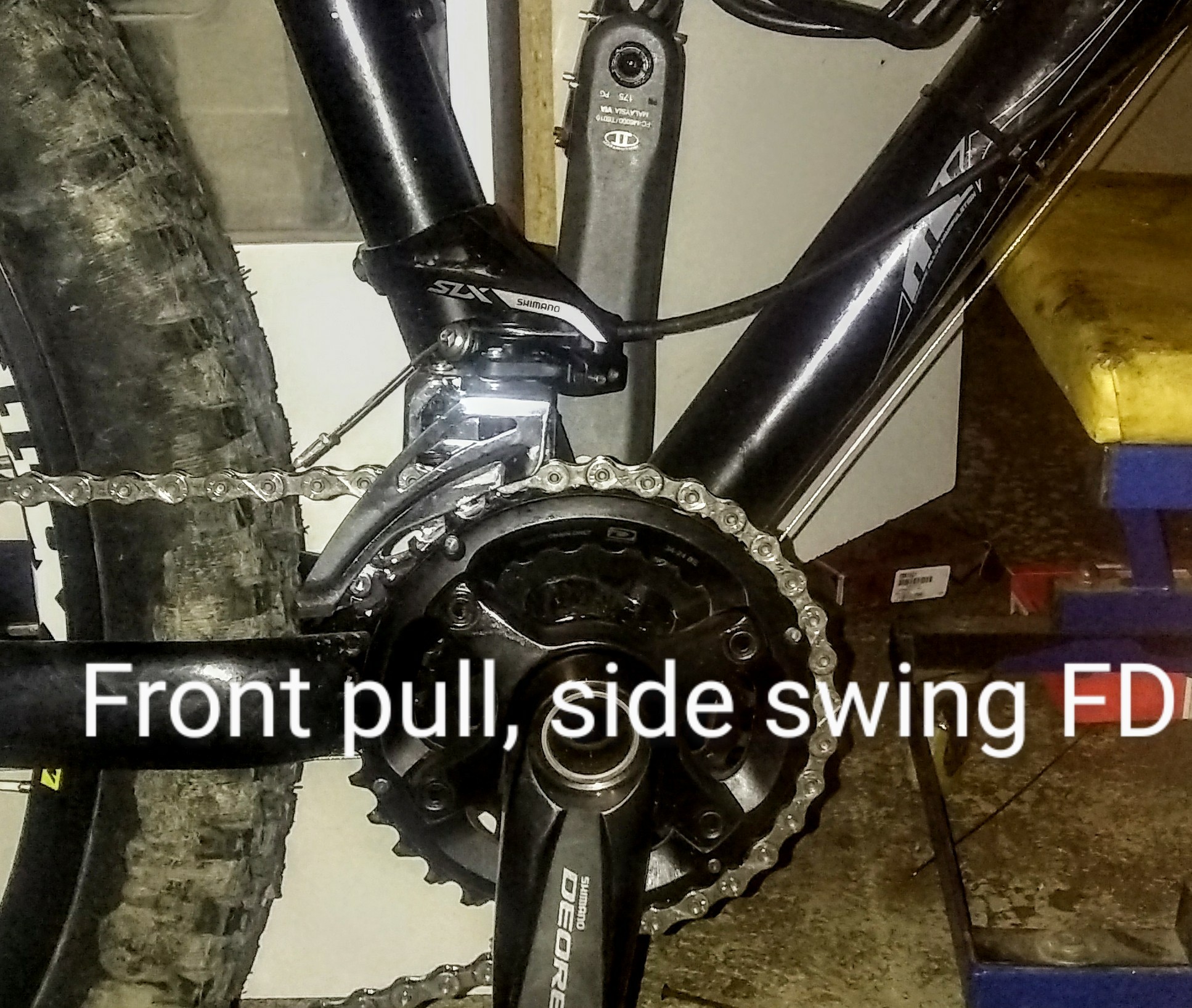 Not the answer you're looking for? Browse other questions tagged frames bottom-bracket damage or ask your own question.