Trying to identify an old Helkama I have recovered

I have an amazing find here and need help understanding it's history. I am currently ordering all the bits and bobs to run it again, but wanted to learn more about it if I can. I think it was a work bike, as shown with the sign on the back. Also has double pitted tires, a sign someone was maintaining it at some point. I think it is a Helkama, but it seems someone tried spraying "Nishiki" on the side. What the heck. It was found in Oulu Finland. 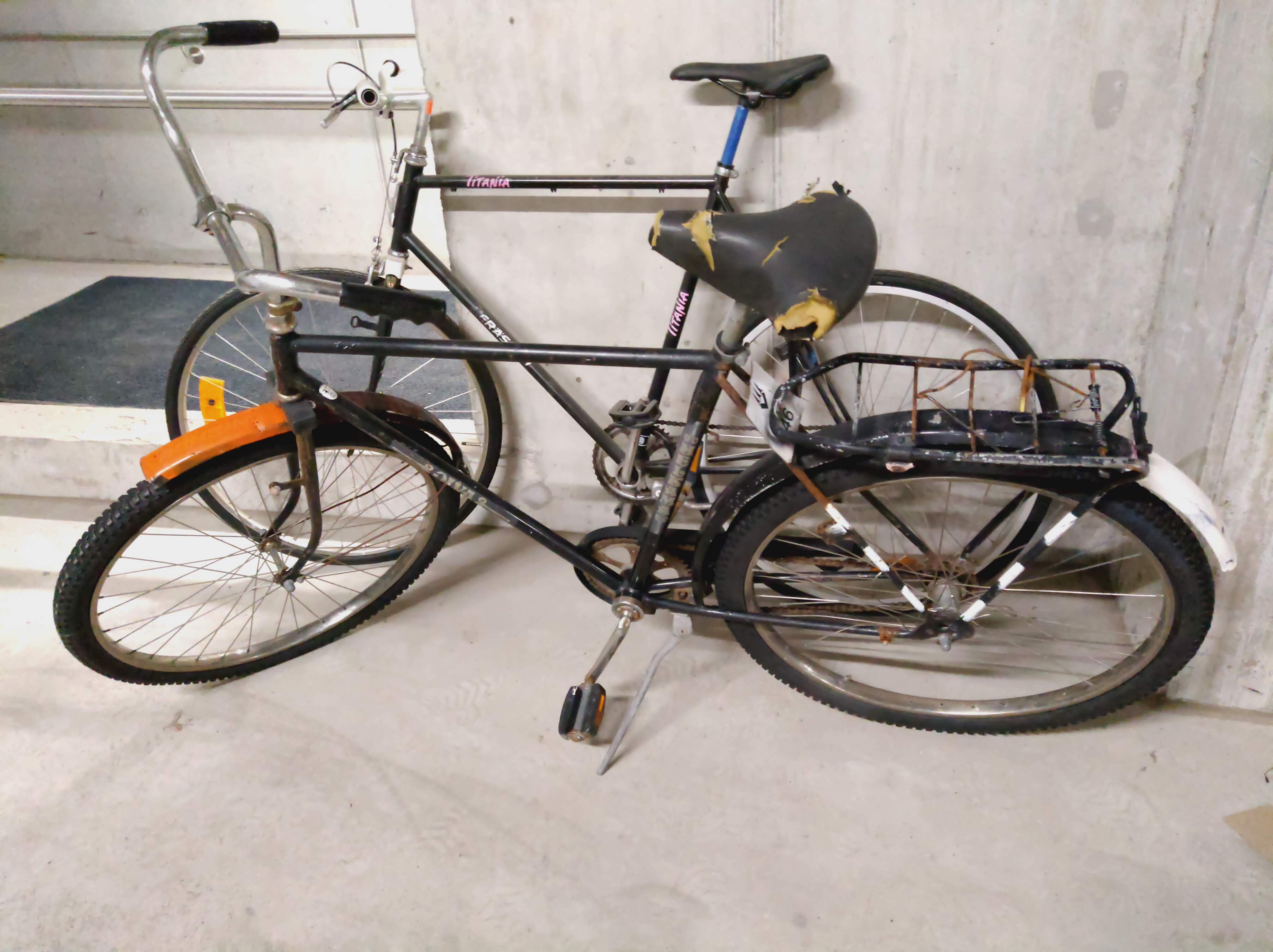 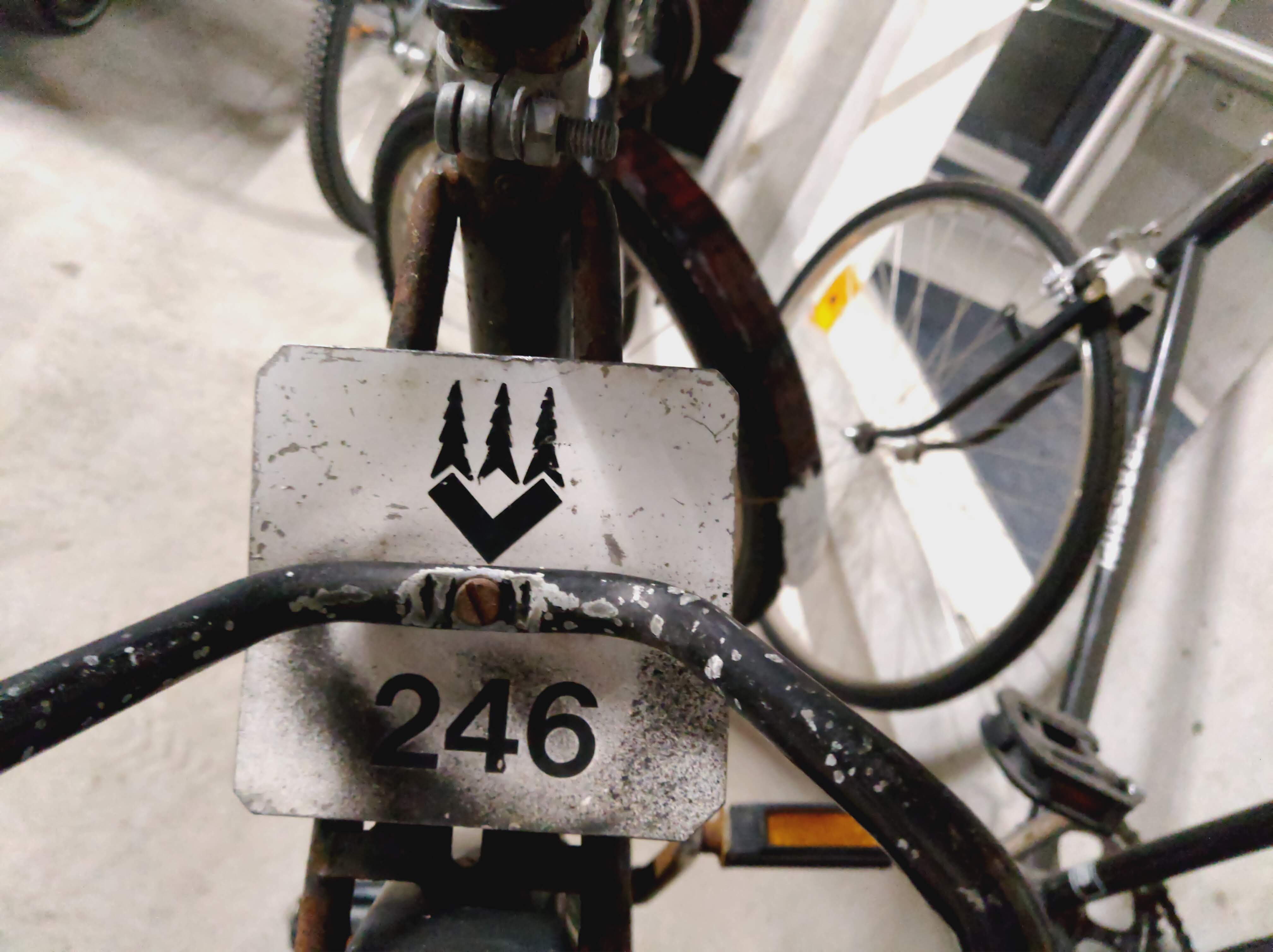 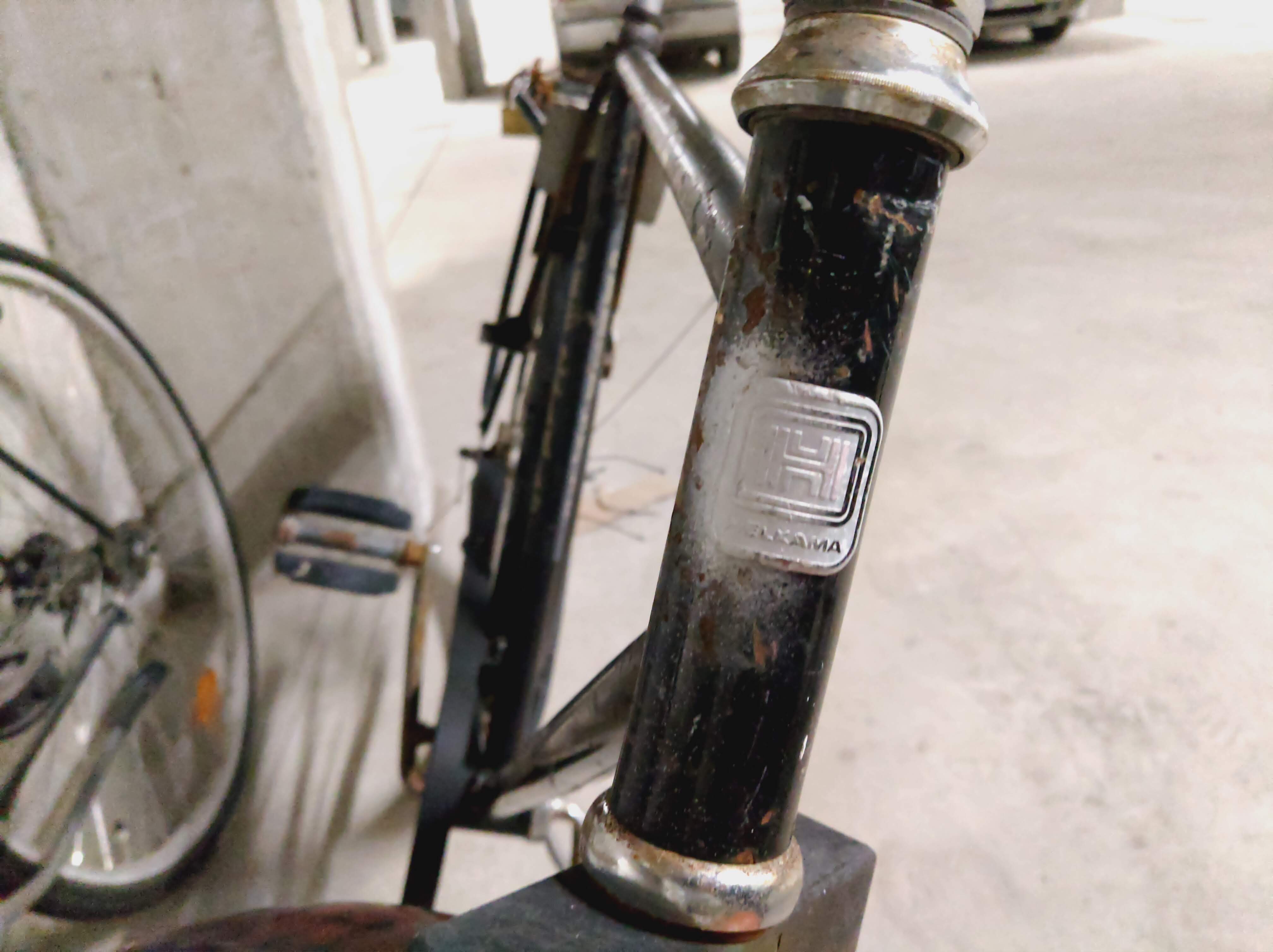 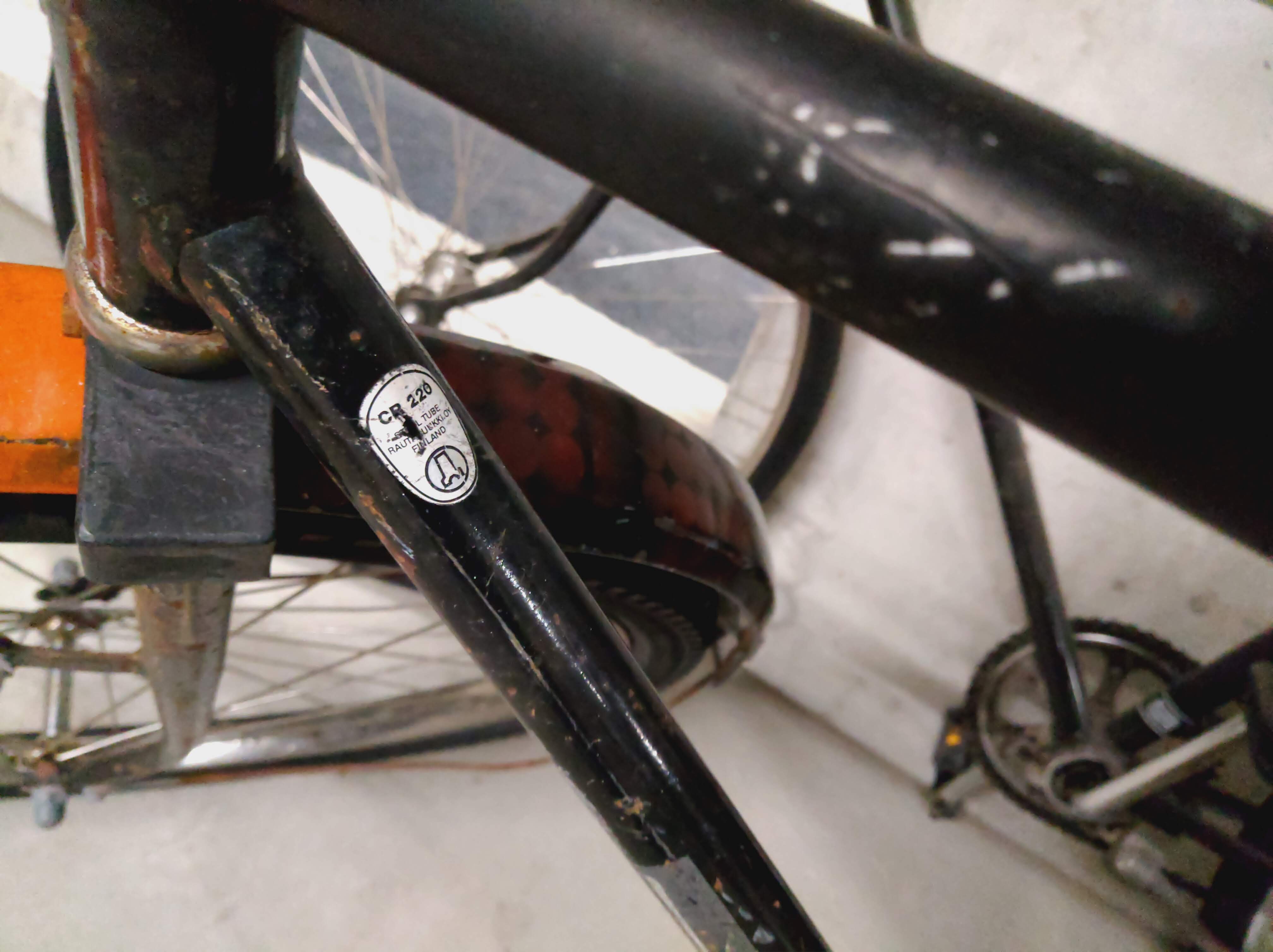 From googling about, Helkama is a Finnish maker of bicycles, originating in Vyborg in 1905 from a chap named Heikki J. Hellman They are known in Sweden and Finland for bicycles, (and in Russia for refrigerators)

As for your bike, I'd guess its is an "AVIC" model, though I can't find that anywhere on the web.

Looking at the rake of the front fork, it feels like an 80s bike. You have an Ashtabula one-piece crank, which was not a high-end design, but is relatively robust and forgiving of problems. Your frame won't take a modern cartridge, so you're stuck with that style of crank.

Its hard to see in the photo, but it looks like the head tube angle is a lot steeper than the seat tube. That implies a less slack bike so more "twitchy" I bet its hard/impossible to ride hands-free.

The fork has a solid-looking light mount, identical to your background bike. Suggests they're of similar origin, in Finland.

The rear chainstay has something where a canti brake boss would be - could be a rear light mount, or a brake mount.

The bike lacks a front brake, and seems to only have a rear coaster brake. The rims look like polished/chromed steel, not aluminium.

Obviously the tyres have been replaced at some point - they are a wear item.

All the daubs of white paint on the back will be to increase visibility at night, so this bike was used at night enough for safety to be improved.

Helkama Oiva is more or less a civilian version of the bikes used by the Finnish army. They are known for being very heavy but quite fragile for their weight. The rear rack is very sturdy and perfect for carrying M85 backpack with shoulder straps wrapped around seat stay and support strut. The lock, chain guard and dynamo mount are additions for civilians.

The unique stem clamp where instead of usual expander cone or wedge, the steerer tube clamps around the stem, is a major security hazard. The steerer tube has normal threads and a cutout to allow deforming the tube. The threads provide a great starting point for cracks. The stem should be replaced with one with wedge immediately, or at least at the first time you notice that the handlebar feels loose. I had one of these bikes (non-military style) that I loaned to a friend and it failed at traffic lights. Fortunately it failed when he was starting, not when riding. No photos, because this was before digital cameras.

The bike is very probably from 90s, even though the one piece crank was already obsolete at the time. I recall Helkama using that logo at the time, and the Rautaruukki sticker is a response to to "Tange Hi-Ten" stickers that were appearing on MTBs at the time. Rautaruukki is a steel foundry most known most for building supplies. They have specialized in high strength steels in 2000s, but those are not marketed for bicycles.

The white paint on rear mudguard was required in Finland at some point. I don't know the exact history, but I think the rule was removed in the 70s. This one looks like hit has been painted afterwards.

I do not recognize the logo on register plate. My guess would be that it has belonged to a saw mill or pulp mill. The old logo for Forest Administration that you can still see in national parks is a bit similar, but not the same. The broken frame lock and spray paint imply it was stolen at some point.