Can anyone identify the maker, I’m guessing Ventoux is the model? 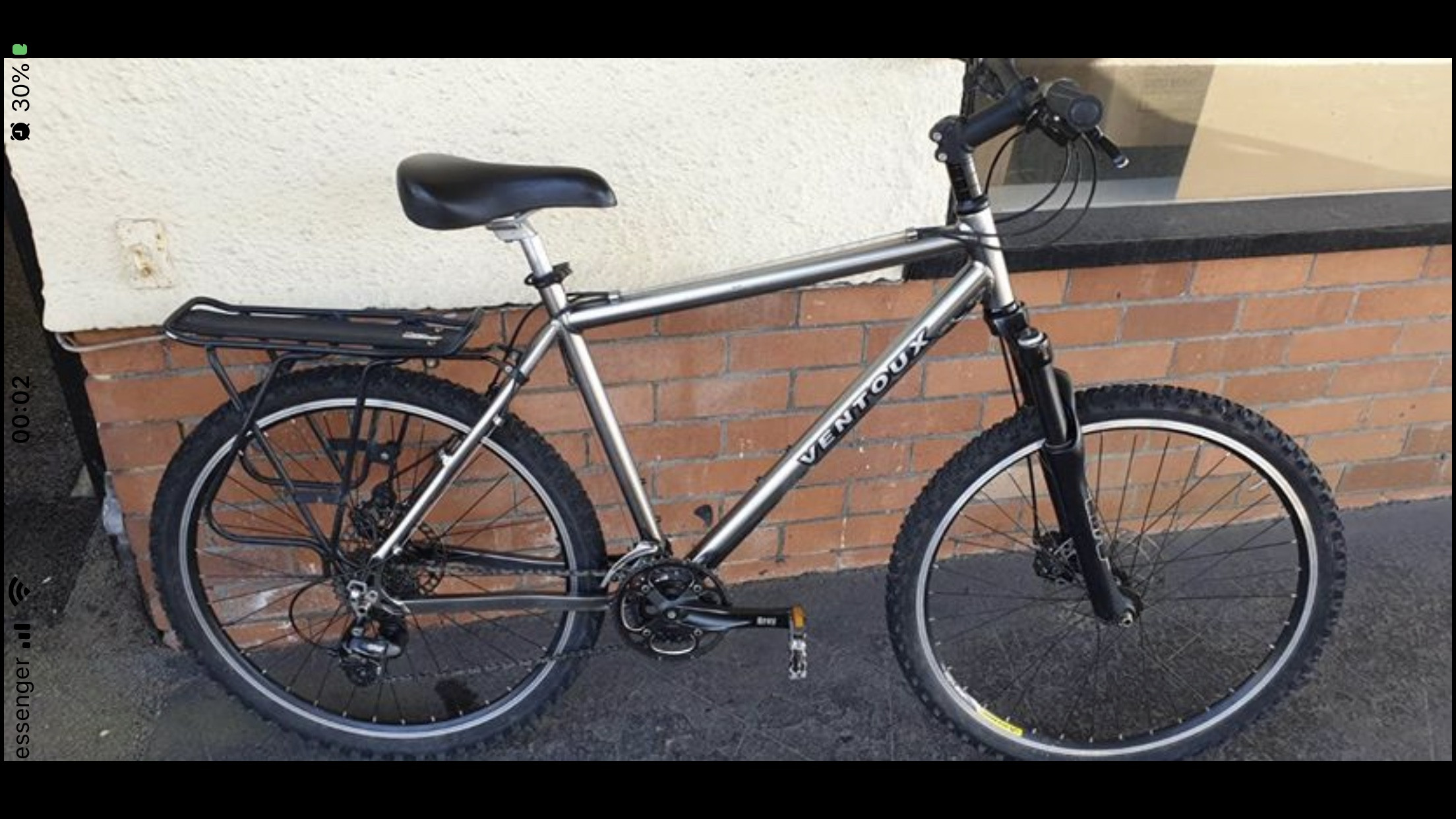 The rear rack implies a commuter or road usage, and that the saddle is lower than the bars supports a more upright position for comfort not aggressive MTB.

Also, there's a significant number of spacers under the stem, so its intentionally high at the front.

The tyres argue against having a lot of mileage on the road - they appear to be full knobblies, which are unpleasant to ride on tarmac for significant distances or speeds.

Brakes look like they are cable actuated - I can see bare inners on the top tube, whereas hydraulic brakes would have hoses.

The frame isn't coming up well in the photo - it could be steel with a clear laquer, or aluminium with clearcoat, or it could even be a titanium frame (though this is unlikely.)

The groupset is a triple chainring and probably 7/8/9 speeds at the rear. That it is in the grannie ring suggests whoever last rode it was slow and relaxed.

A bit of googling shows that "ventoux" is a region in southern France with a well-known climb and appears in a lot of results.

I did find a bike shop in Australia but they appear to be a reseller and not a brand of bike. However you might choose to make enquiries there in case they can advise. https://www.ventouxcycles.com.au/