First post here. I can't seem to figure out a strange problem with my right-hand Shimano 105 5800 shifter, which is only 15 months and a few thousand miles old.

Initial symptoms on the bike: Intermittently, when attempting to downshift to an easier gear at the rear (larger sprocket), the large lever would jam just at the point where you would normally expect a click and a shift. No shift happens. This would occur, seemingly at random, in all rear sprockets. The feeling at the lever is the same as hitting the limit stop when you reach the biggest sprocket. Temporary, unreliable remedy: shift up first to a harder gear, then shift down two gears, and hope it doesn't immediately jam again.

My first thought: Must be the gear cable fraying. These shifters have a habit of eating the rear derailleur cable inside the shifter mechanism. I've had that before, although the symptoms were different: that was a gradual degradation in shift performance, not a total jam. Anyway, I replaced the cable (inner and outer) for good measure, but the problem persists.

Further investigation: I took the lever off the bike to check the mechanism function without a cable, and the problem is still there. The fault remains exactly as it first presented on the bike:

Most oddly, when the lever is held upside down (lever sticking up in the air), the shifting is perfect (at least, once you've downshifted to get it unjammed, it stays unjammed).

I have taken the bottom inspection plate off to have a look at the inside of the shifter, but avoided further disassembly (so far, at least...). The only thing I've done is clean it out and relube it.

Photos: These are taken in the "jammed" condition (i.e. will not downshift). 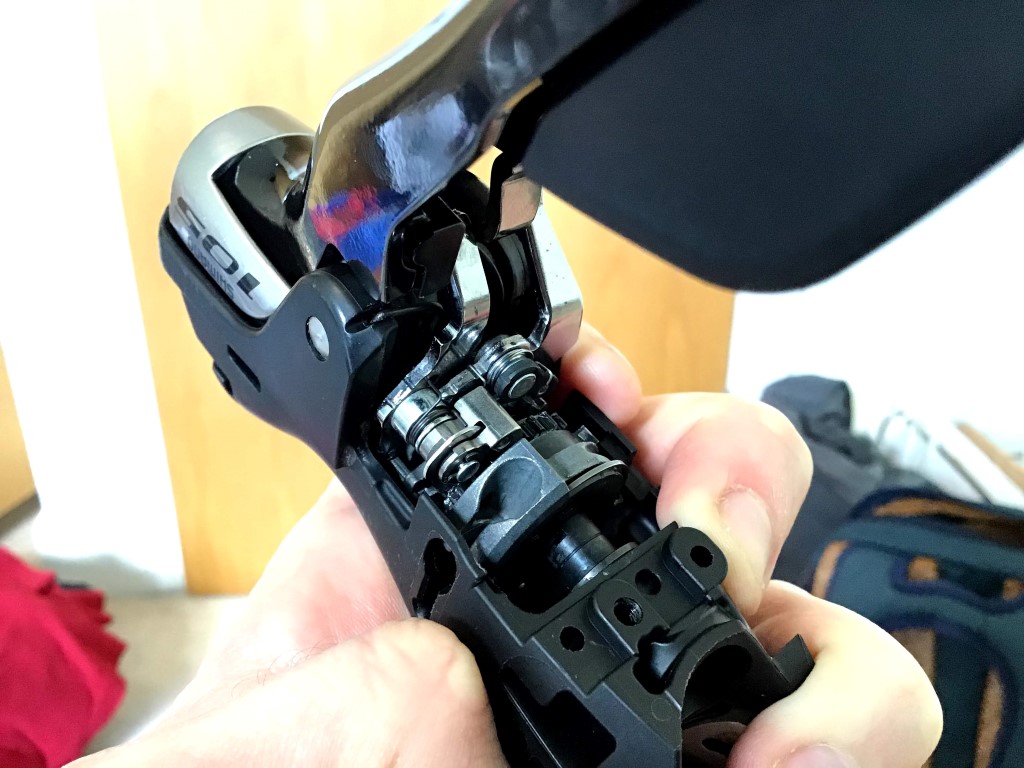 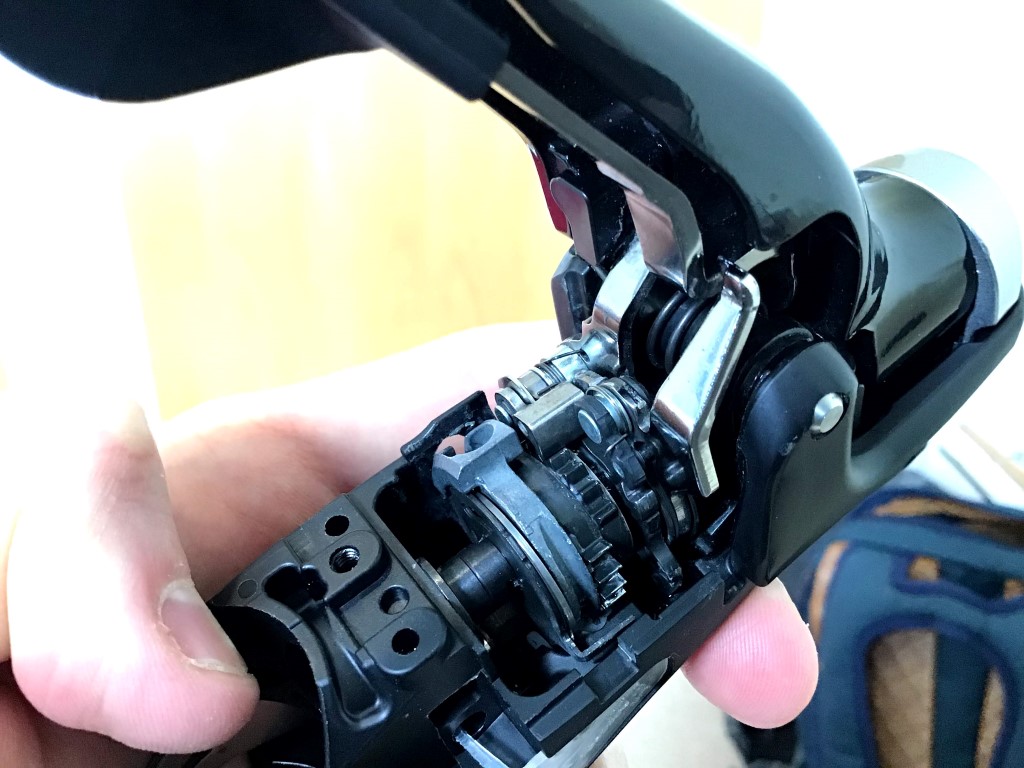 Yeah, the little plate that make you shit to bigger cog had an issue on mine, the spring was not strong enough and failed to grip... so, the shift would not work. `

Funny enough, I put a rubber to hold it tight and it's working well. I don't know for how long though...

Not the answer you're looking for? Browse other questions tagged shifter or ask your own question.

2
Shimano sora shifter no longer shifts
4
rear shifter lever gets stuck when shifting gears
3
Troubleshooting a new shifter
1
First shift up after shifting down only moves as I'm releasing the lever not on both the click in and click out of the lever like the consecutive ones
1
105 R7000 rear shifter malfunction
1
Derailleur indexing problem - doesn't change from 8 to 7 but skips form 3 to 1
4
Shifter cable ruptured near the inner end in ST-R7020 - usual defect?
4
Is the process of shifting the front chainring on a road bike with 2 chainrings always a two-step (two click) process on the shifter?