How do I put a lower seat clamp on my Alinker walking aid?

It looks like a bicycle but it has no pedals and any bike shop can service it.

My issue is the seat it's a older style so has 2 bolts under the seat mounted on the rails and I accidentally unscrewed all the bolts and the triangle shaped piece came out. I have the piece flipped upwards and its on the bottom of the rails. Can anyone here explain how to put this piece in the correct way. I am attaching a picture of my Alinker and the part in question.

I don't know much about bikes so please explain in easy terms. 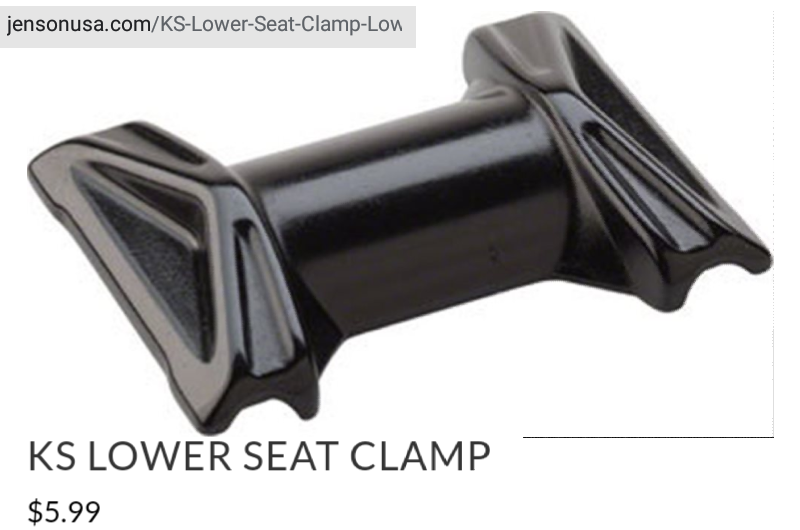 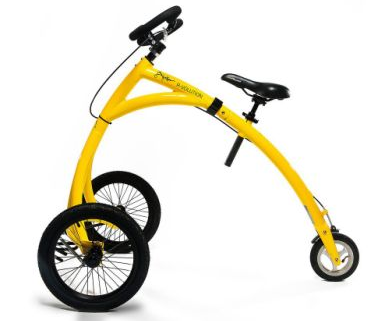 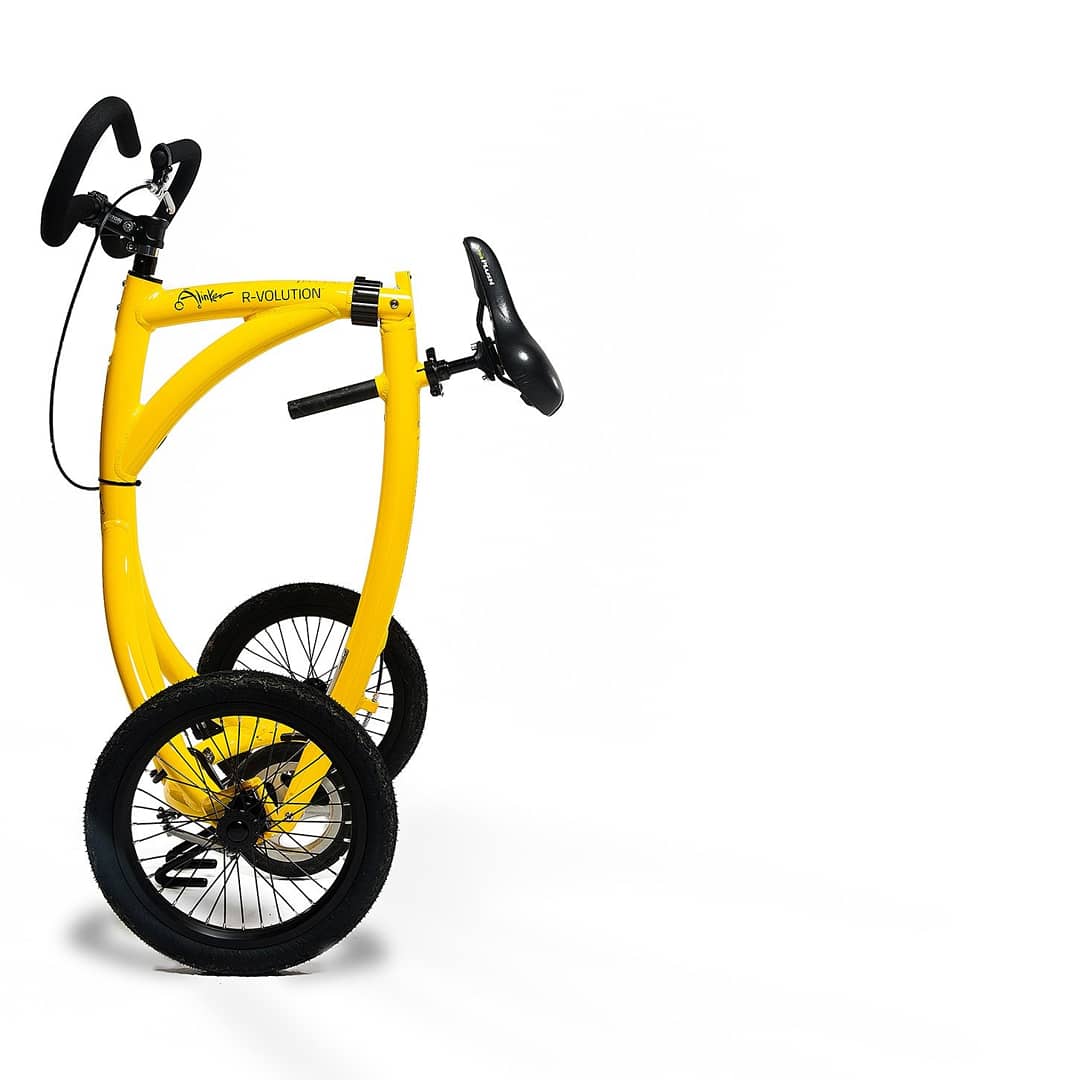 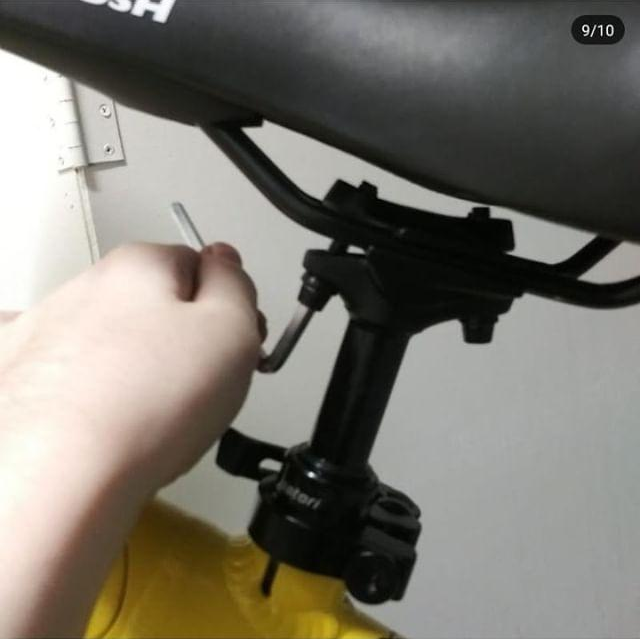 OK, now I see what you're talking about. I suspect the piece you have should go beneath the seat rails, with the cylindrical section pointing down and nesting in a matching half-cylinder depression in the base of the assembly. The two ends of the piece have grooves (on the opposite side from the cylindrical face) that should accept the rails from the seat.

Then the top piece is bolted down over the rails (with bolts from the bottom).

The purpose of the cylindrical side of the piece you're wondering about is so that that piece can "rock" in the "cradle" created by the base, allowing forward/backward tilt of the seat to be adjusted.

Looking at the photos on thealinker.com, the current clamp is a bit like the one in the photo below that I've borrowed to show a close up of something I think is similar..

The plate you have shown a photo of looks to me like one which fits in a dip in the top of the seat post and the two grooves face up with the saddle rails in. Then a second piece with two threaded holes in sits on top of the rails, with the two bolts through, clamping everything together.

The part in question should be flipped up so that the two grooves on the ends are running fore/aft and are able to support the saddle rails, while the large curve drops into the matching curve of the seatpost

Figuring out where the parts go is the first puzzle, the second is convincing them to go where you want them to! Takes a bit of patience and time sometimes. 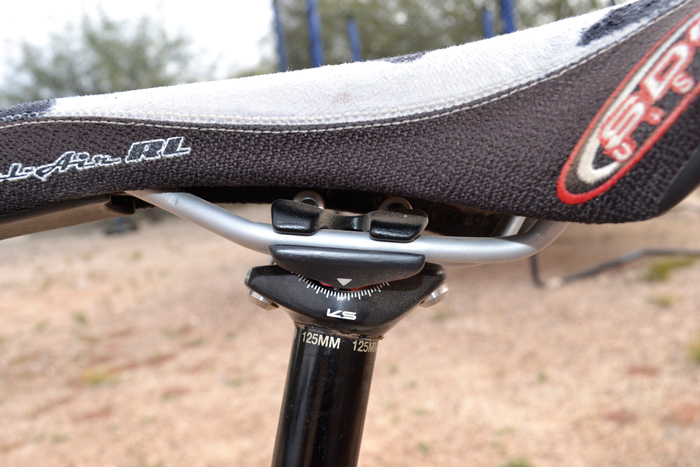 This is the best image I can find of the seatpost area for an older style (I don't understand how it's folded up):

(Oops, not an image of a Alinker)

This is the seatpost area of what I believe is the newer tricycle style: 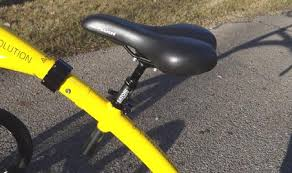 OK, and I finally deciphered your original question (I think). You're talking about the clamp that holds the seat to the seatpost. There are several different variations of these. Google "bicycle saddle clamp".

Here's an image of a similar clamp installed: 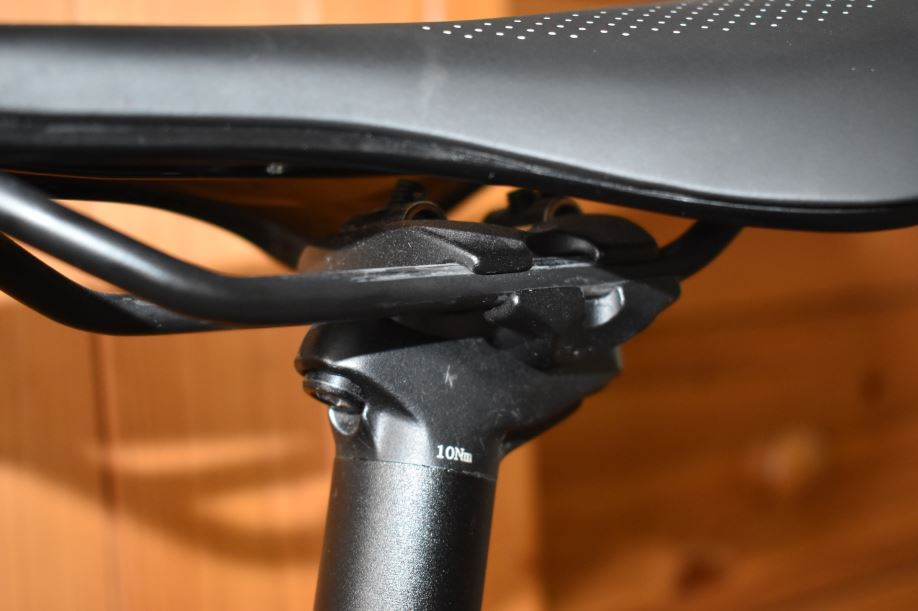 The problem is that there are a dozen different ways that the saddle clamp may attach to vertical seatpost, and we can't tell from the images what technique is being used.

Not the answer you're looking for? Browse other questions tagged maintenance seatpost balance-bike or ask your own question.

21
How do I keep my seat from tilting back?
1
How do I install a bike seat clamp properly?
2
Seat clamp tolerance
8
Which way should a seat post clamp be oriented?
4
Are flip saddle posts available
0
Can I use a seat-post clamp/collar on the seat-post itself to prevent slipping?
4
Single bolt seat clamp slipping
3
How to repair / create a CF seat post clamp interface?
5
Seat rail clamp spins in the seat post