Can anyone help identify this “retro” muddyfox frame?

My apologies I can't provide any further information, purchased from a flea market (primarily because I needed big horizontal dropouts) it has "DSP15t02" although that helps very little on Google. The obvious "Muddyfox" and "Dualpro" stickers on it (which are under the finish of the paint and don't seem after market jobs. None of the other parts came with it, they're a parts bin selection. 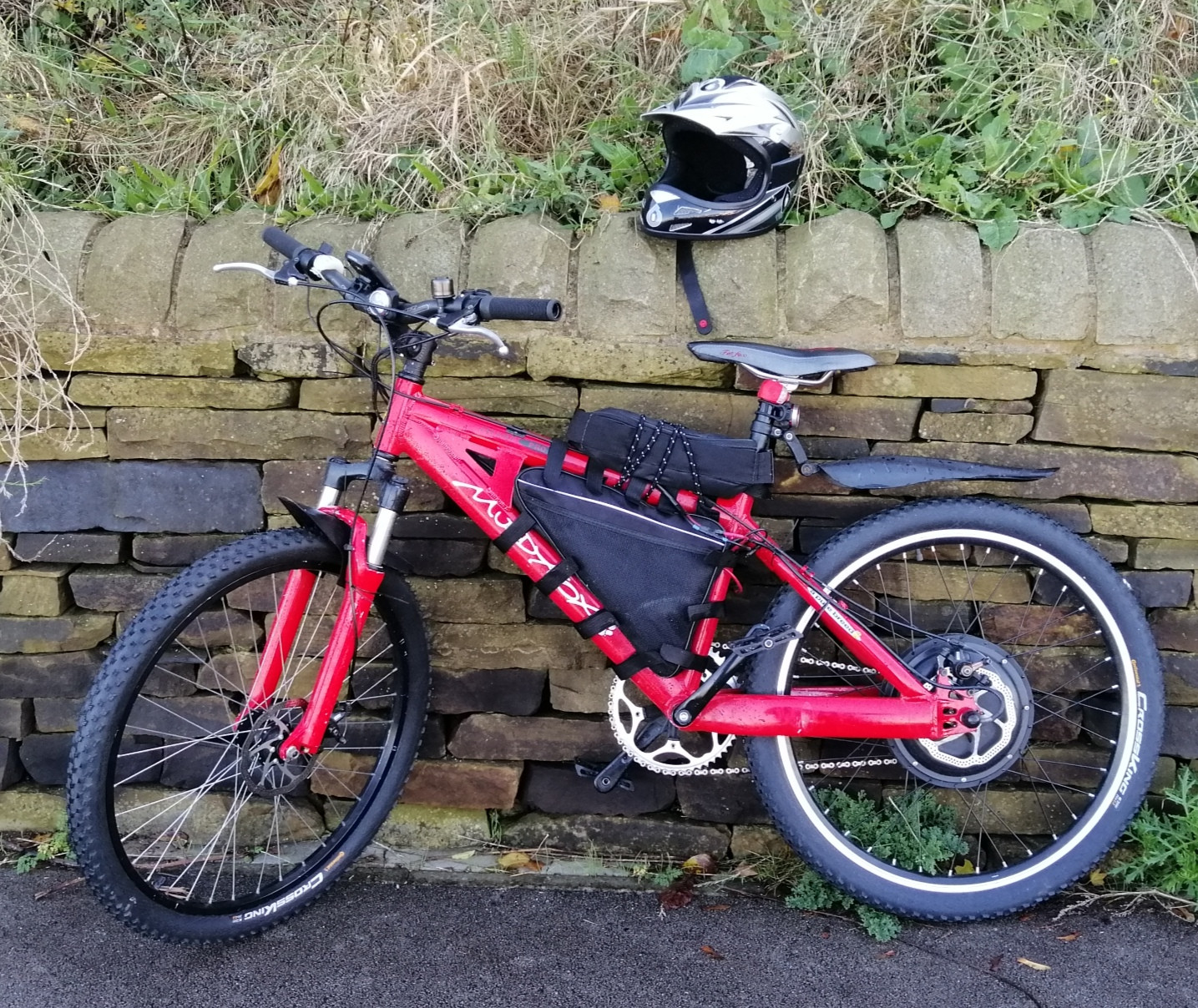 OK I've searched a lot and can't find anything that matches. Muddyfox made a lot of bikes over time, so this is less of an answer and more of a dump of observations:

From a distance, it looks like a BMX, with a relatively low seatpost clamp.

I bet there's no brazeon mount for a front derailleur - and it may help to look closely for any paint marks where a bandon derailleur might have mounted. If nothing found, I'd say this was a 1x setup from new.

At the rear, you have an electric motor now. Was there any indication of a rear derailleur at any point ? If not, this suggests the bike was a single speed OR it was fitted with an internally geared hub from new, both of which need trackends to set the chain/belt tension.

UPSHOT I think its a mid 2000 bigger kid's frame, designed to "evoke" the BMX, so possibly intended for teenage boys who have outgrown their 20" BMX.

It might even be called a 26" BMX in the right light.

Not to worry everyone, it seems that I have a circa 2000 Muddyfox BSX Dual Pro whatever that means.

Turns out "a 26" BMX in the right light" is exactly correct! Many thanks.

Snapped it though, so never mind.