Less than perfect bike grease for bolts and pedals

I understand that a good grease for bike bolts is the Parktool grease.

The "gel squeeze threadlocker blue" pictured below is sold at my corner hardware store for curbside pick-up. Will this do to lock water out from pedals and shoe bolts? During this lockdown, I'm weary of placing yet another online order (and likely someone is worn out of packing and mailing).

Since grease inevitably stays in small amounts on one's fingers, not just on the bike's components, if you are in California and can confirm that this product manages to escape California's Proposition 65 warning, please do. 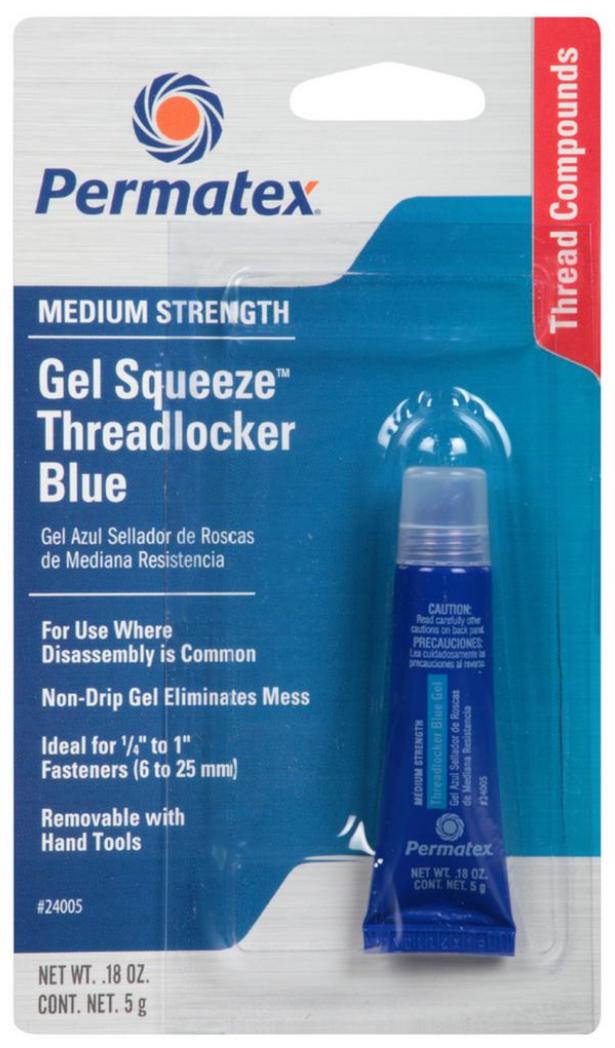 "I understand that the "perfect" grease for bike bolts is the Parktool grease." Parktool has a great reputation (and often a premium price) but it has no patent that would make every product they make The Best Thing(TM).

There are many good greases for many various manufacturers. There is not much to make wrong with a traditional grease (petroleum jelly), just choose the right viscosity. There are many modern greases with various additives (teflon, ceramic) from many manufacturers.

The main point of a grease is to maintain the surfaces easily separated, screwing and unscrewing possible, prevent rust and bonding of those surfaces. A thread-locker, on the other way mainly joins those surface and will enable firm connection with a smaller torque.

You should use what the manufacturer calls for especially when you are screwing to a certain torque setting. One could over torque the threads when greasing what was supposed to be thread-locked. Or the opposite.

Not the answer you're looking for? Browse other questions tagged grease bolt or ask your own question.

14
Using Anti Seize in place of Grease
4
What type of grease to prevent seat post sticking?
1
What substance do they use to grease bottom bracket, crank, pedal bolts etc?

1
Is graphite grease suitable for bicycle bearings?
4
Which grease is for what?
10
What is the equivalent for Shimano Roller Brake grease?
2
Is it usual for grease to contract in cold weather?
2
Best grease for drum brake?
2
Grease for hub bearings? (NLGI grade)
1
What substance do they use to grease bottom bracket, crank, pedal bolts etc?
3
Suitable bicycle grease for aluminium and steel materials?
2
Which grease should be used between plastic and bearings?