I can't track down the source of chain skip - what might it be?

Last summer it come to light that my bike is suffering extremely bad chain slip, to the extent I feel it is unsafe. From what I can tell, it only happens in the 50t ring, and the 34 may be ok, but it's been a while since I've been on this particular bike, so I'd have to verify.

Near come off the bike a few times moving off from a stop if I was pedalling out of the saddle, so I got a chain checker and I noticed that it was badly worn; the tool slipped right into 1% and who knows how long it was like that given my attitude to use things until they break. Maybe 10-15k miles on the chain. It didn't fix it. So I installed new cassette on there 100-200 miles later, and again, it unfortunately, didn't fix it.

I've reassessed the chain length, and this seems O.K. from what I can gauge (big-big combo - chain has good tension, and I'm not quite able to turn 2 links back on each other to make a Z, indicating that the chain is probably the right length), so now I've reached somewhat of a brick wall. I can't keep throwing money at the thing, especially considering my next step would be to replace the large chainring, but given the cost of FC-9000, it would be quite annoying if it were not to work. Is this a likely fix?

A friend suggested sticky pawls, but when I shoved a club mates disc wheel & cassette on there, I had the same thing, so that probably rules out the possibility of the freehub assembly going bad.

If there is anyone out there with ideas/advice then it would be greatly appreciated. I can get high-resolution photos of the teeth/drivetrain condition if it helps.

EDIT; just shoved it in the workstand and noticed the rear gears were very hesitant to go 25>28 in the big ring & adjusted accordingly. I could've sworn I indexed the thing when I last used it though. If that is the case could this add new cables and a blob of marine grease to the RD springs to the list of culprits? 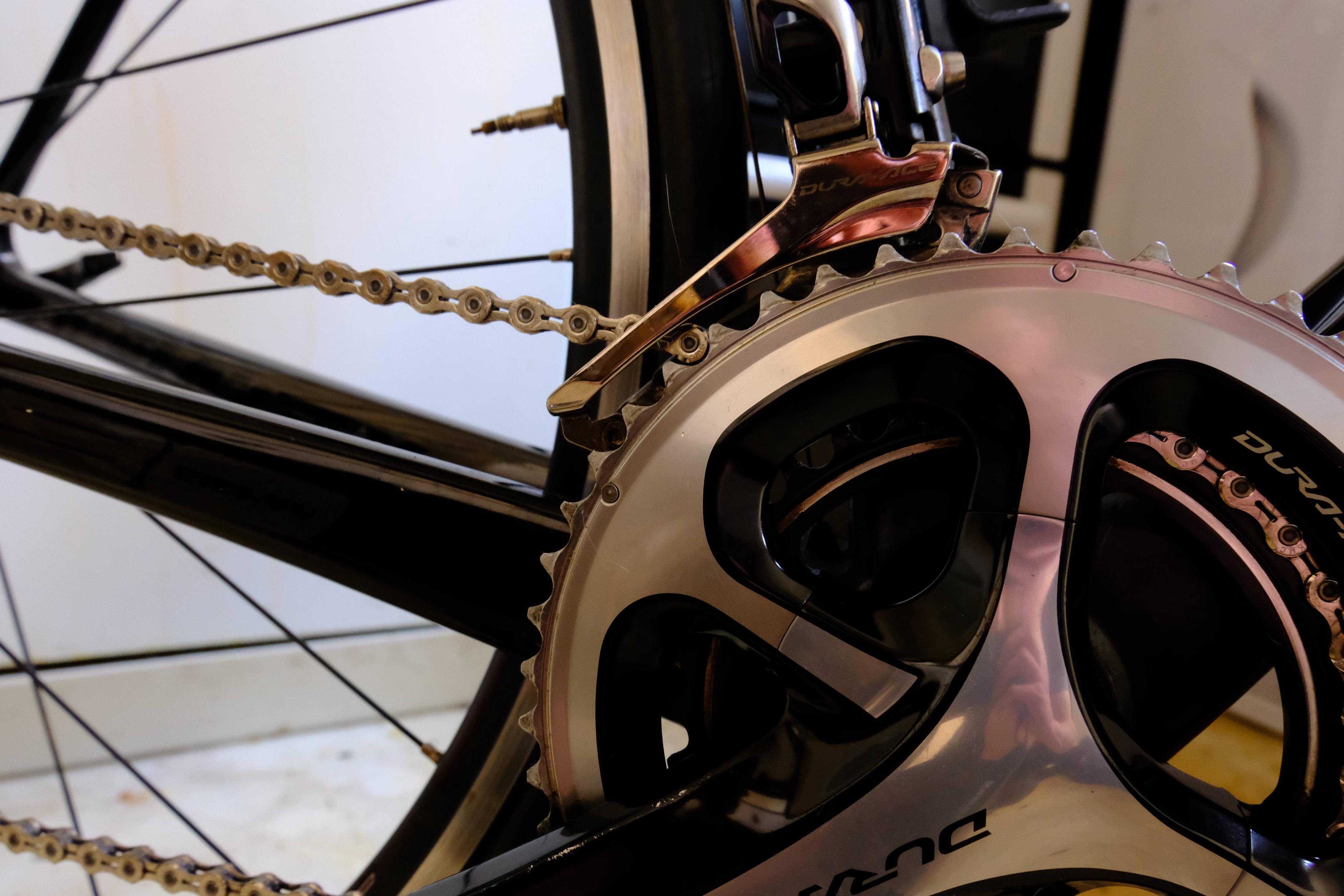 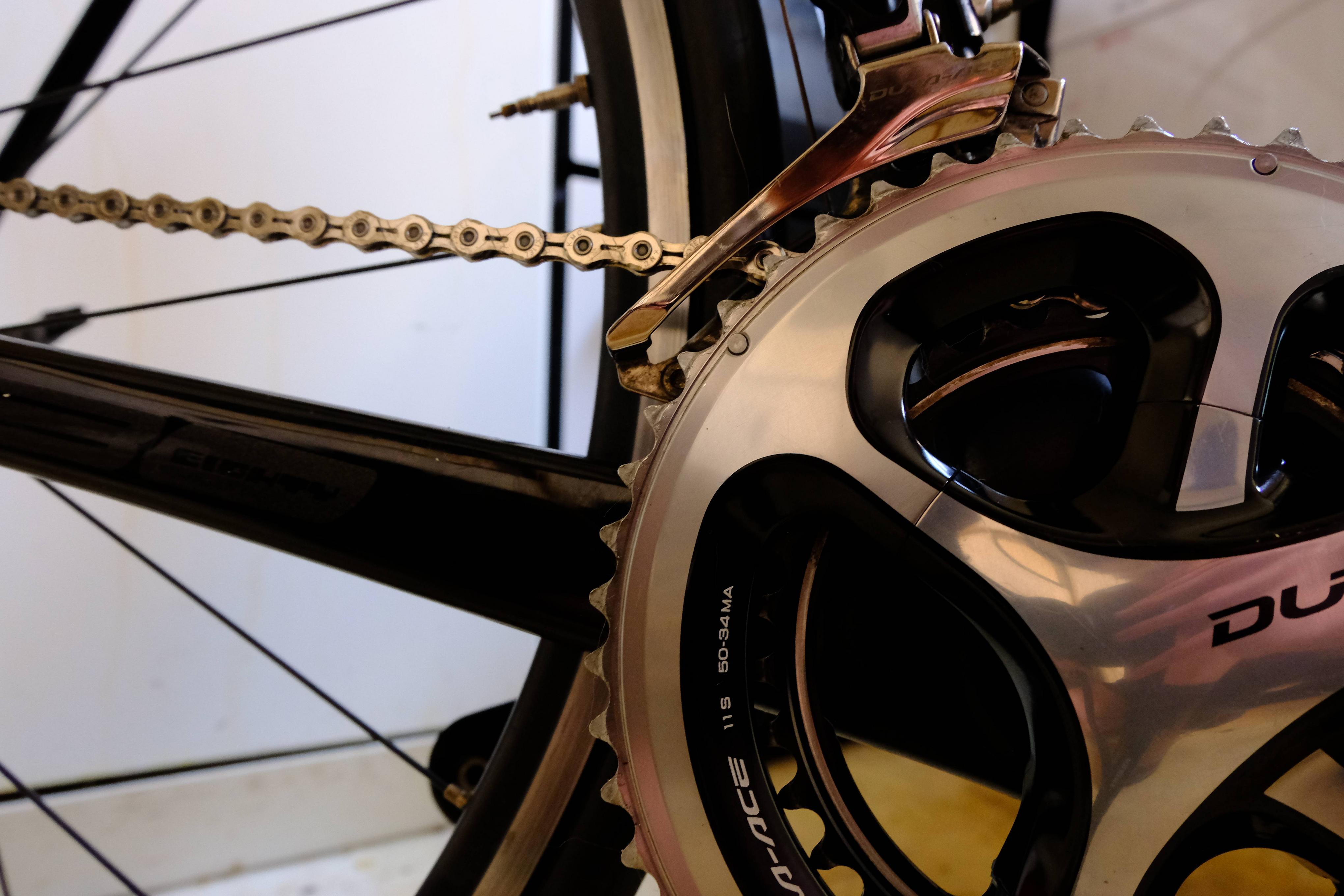 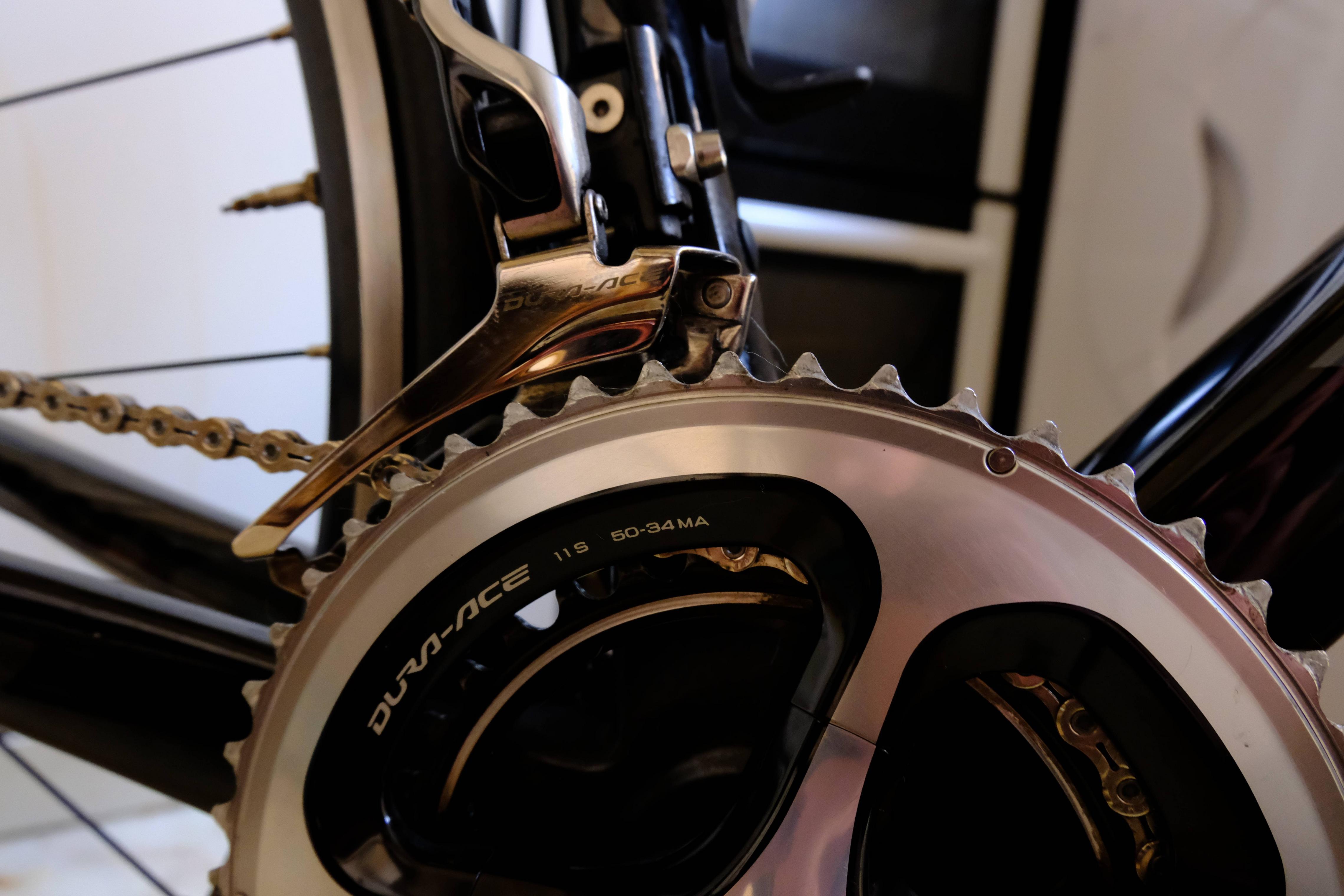 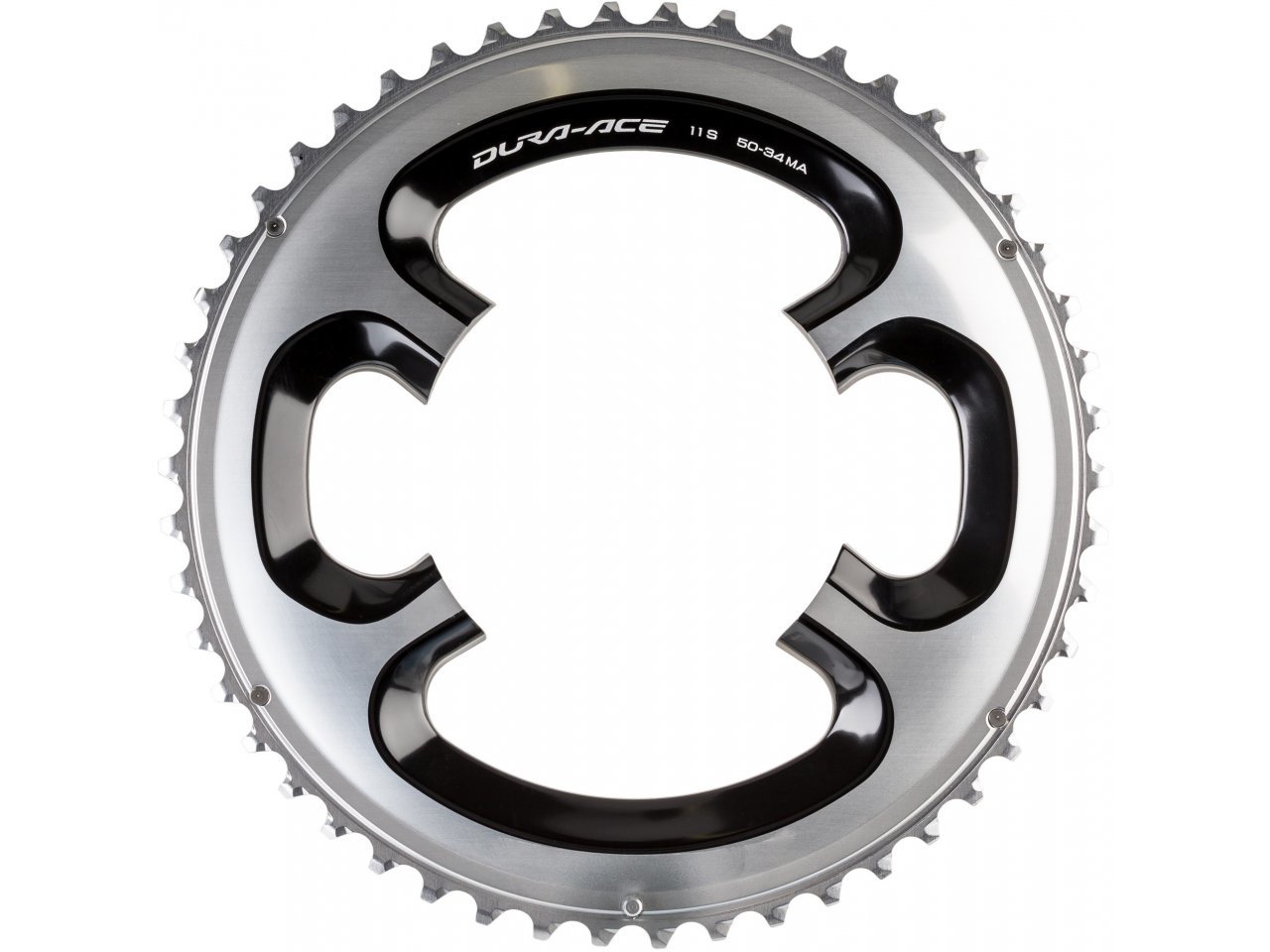 Does the large chainring show much wear? I don't think it is the culprit but it needs replacing when it is worn. If the old chain was very worn like that it could have caused wear here too. You could think about chain suck but IME this is quite violent and it jams up the drive by pulling back on the chain; if you look for it you can tell when its chain suck. Check it out, but to rule it out.

As you say the problem is bad moving off from a stop, I would strongly suspect the pawls of the freewheel mechanism in your hub as this is when torque is high on the cassette. I've had the same problem before, it's pretty terrifying when the pedals slip and you lose your balance in traffic. I had mine replaced and instant fix.

You did explore this with club mate's wheel, but I would be pursuing it again with another different wheel and you should at least get into the hub and clean, inspect, grease. Check the wear on the rim and see if it isn't time for a new wheel anyway, otherwise check out the cost of replacing the freehub. You've done the chain and cassette, good, but now you need to take it further.

I think (from reading your post) you can judge the indexing and RD behaviour competently enough and this problem isn't super common despite all noisy, badly adjusted, worn out drive trains there are in the world.

Not the answer you're looking for? Browse other questions tagged maintenance shimano chain repair chainring or ask your own question.

4
Squeaking sounds after lubricating the cogset and chain
2
Can a greasy chain cause the chain to come off the rings?
0
Shimano Ultegra chaninrings on Truvativ Elita Tandem crank
4
Chain drops in smallest gear under load
4
Chain falling off inner chain ring no matter how L screw is set
8
Front derailleur rubbing against chainring
1
Determining the correct chain length (52/36 with 12/29 11S cassette combination)
1
Chain contact on rear triangle
5
Noisy chain when under tension
1
Why did my chain start coming off on the right side of the chainring sometimes when I am pedaling in high gear?