New innertube won't inflate when in the tyre

I'm replacing my inner tube after getting a flat. When I inflate the tyre with the new tube in, it feels soft- even though the pump says the pressure is 100PSI.

The tube inflates and holds its shape when I inflate it on its own (outside of the wheel). I'm convinced I'm making some fundamental error but cannot figure it out.

New tube: Schrader 700X28-45C Kenda "kwick-seal" and says e-ready. (only one I could find online because of lockdown).

The new tube valve is shorter than the old one. It also appears to leak a bit of fluid when I deflate and doesn't deflate easily when I push the pin. I'm using a track pump which I have tried on my girlfriend's bike and seems OK.

Any suggestions would be great as all my local bike shops are closed because of COVID.

Since you say the track pump's gauge reads 100 PSI, that suggests the air is pressurising inside the hose. I'd bet that it only takes a couple of pumps to get there too.

This means the valve is not opening to admit air into the tube, AND that the pump head is forming an airtight seal with the valve.

If its a Presta valve, make sure you back off the acorn nut on the tip of the valve.

If its a schrader valve, try depressing the pin in the middle. It could be that the valve seat is not moving when in the rim, though that's unlikely. Its also possible that some sealant has got the valve stuck closed, which would explain your difficulty in deflating the tube.
In this case, try to unscrew the valve core out of the valve, clean it, and then reinstall. 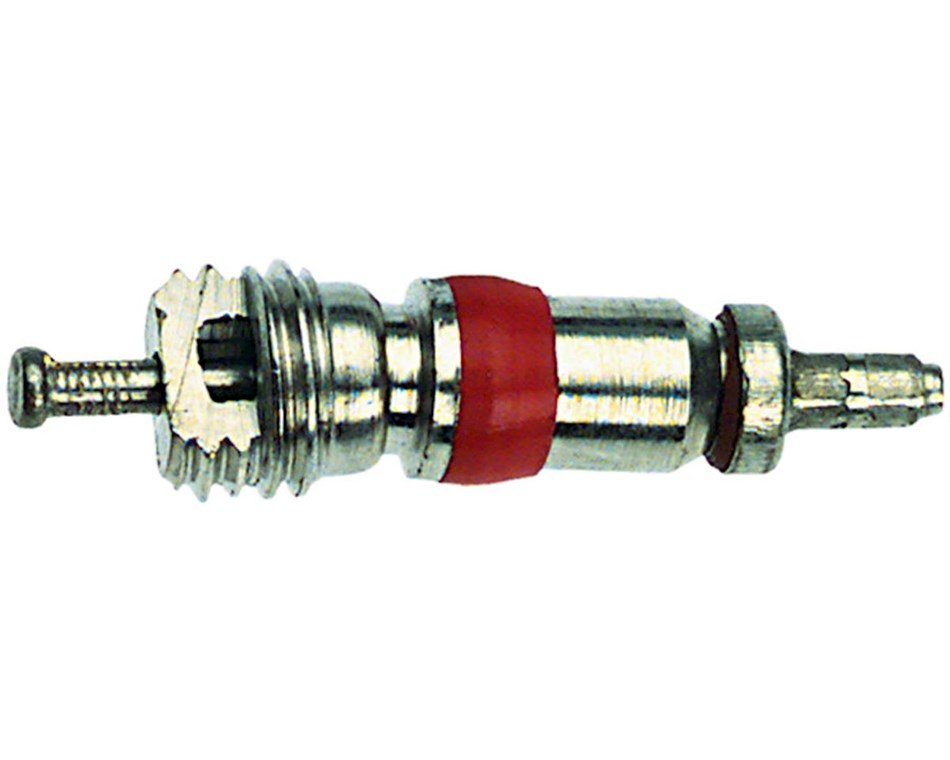 and the tool to remove it needs to engage the two flats on the left side. You might be able to unscrew it with needle nosed pliers, but the proper tool looks something like this: 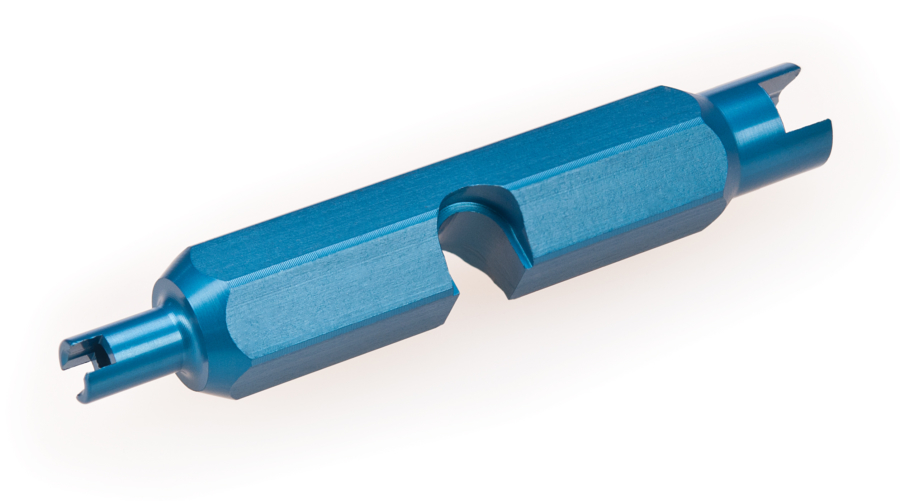 The new tube valve is shorter than the old one.

Could be that the valve stem is retreating inside the rim as you try to clamp the pump's head on. I feel this is not your problem, but adding for completeness.

If its Presta, fit the locknut. If its Schrader, then press a thumb hard into the tread of the tyre, outside of where the valve is, to stop it squashing into the rim. Once the tube's air pressure gets above ~10 PSI it should be plenty to hold the valve in the right place.

Another solution is to use an air pump with a thread-on head not a clamp-on one, if you have access to one. In the same vein, a CO2 based inflater can help, but they're expensive and only worth using if time is of the essence (like in a race or group ride.)

Not the answer you're looking for? Browse other questions tagged innertube hybrid-bike sealant inflation or ask your own question.

16
How to deflate a tire properly?

2
What do I need to know when replacing my inner tube/tires?
5
Gash where valve meets tire tube; How could this happen, and can I fix it?
2
I need help replacing my bike's tube
10
Is there a way to completely deflate an inner tube?
13
How to inflate a tire with a Presta valve?
1
Tire's won't inflate after winter
8
I keep breaking the tips off my presta tube stems
6
Inner tube blows up due to rim holes
7
How did these pimple/bubble/bump shapes form on my tube?
1
Pump/PSI issues