Can you identify this "BSB 400" steel frame?

I was given quite a nice old tourer some years ago. I think it was a custom-built frame. The only identification is "BSB 400" in a 1980s typeface:

It's Reynolds 531, has cantilever bosses and 130mm rear drop-out spacing.

It's an extremely pleasant bike to ride, and I have stripped it down to have the frame repainted.

Any ideas who built it or where it came from?

Mine has cantilever brakes, however I've seen another with callipers.

It is apparently a hand-made frame by Bell Street Bikes, London.

It all started back in '87 when I worked in Bell Street Bikes NW1 after school building bikes like the BSB400 touring bike and the BSB Blazer ATB which was a 531 frame with TA chainset, Dia Compe brakes and Suntour index gears, this sold for £400.

I also found a comment on a Guardian article from 2011:

Geoff [the builder of the bike] passed away last year. Complications of leukaemia finally took him, even though he had battled it twice. A great guy, a funny man and someone who cared for other people. I used to work with him at Bell Street Bikes and it was one of the happiest periods of my life.

I'm very pleased to have to have learned more about it. I inherited it from a friend of a friend, who also died from cancer.

It has always been "Gary's bike" to me, even though I never met Gary. It's a lovely bike that I have spent many happy hours riding. Here it is half-way up a Spanish mountain (it's the one with yellow panniers): 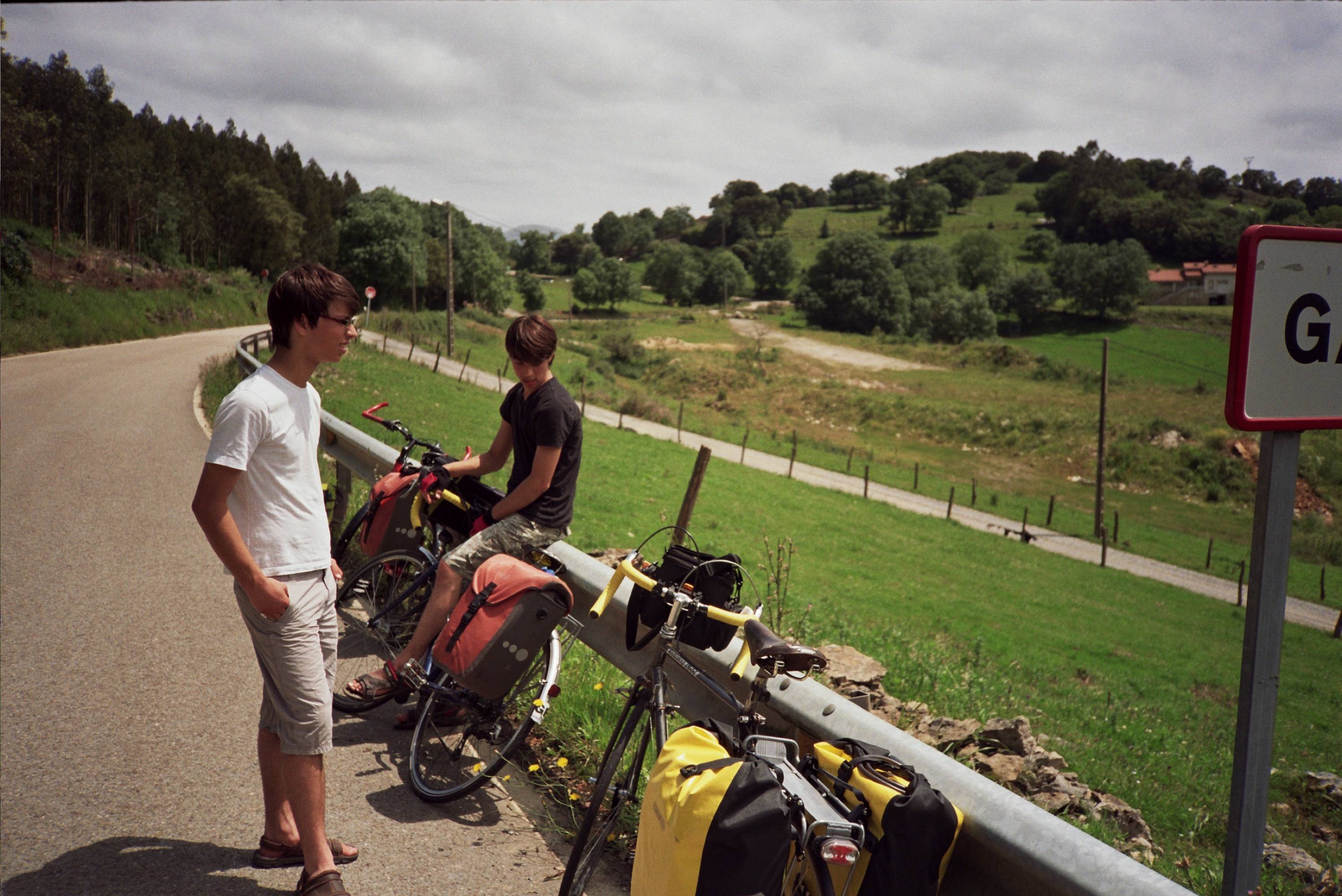 My plan is to have it resprayed and rebuilt.

BSBs It was designed by Geoffrey Russ and made by his frame builders, Geoffrey built the bicycle. There were other models. They were initially designed for bicycle couriers in London. There was also an off road version. 1988 onwards.

3
Are there any good reasons not to remove cantilever brake bosses in order to fit calliper brakes?