What power meter would work on my bike?

I have a 2015 bike with a Shimano 105 group set the cranks are 172.5mm and behind the crank is says the following. I’m relatively new to cycling and want a power meter please help cheers 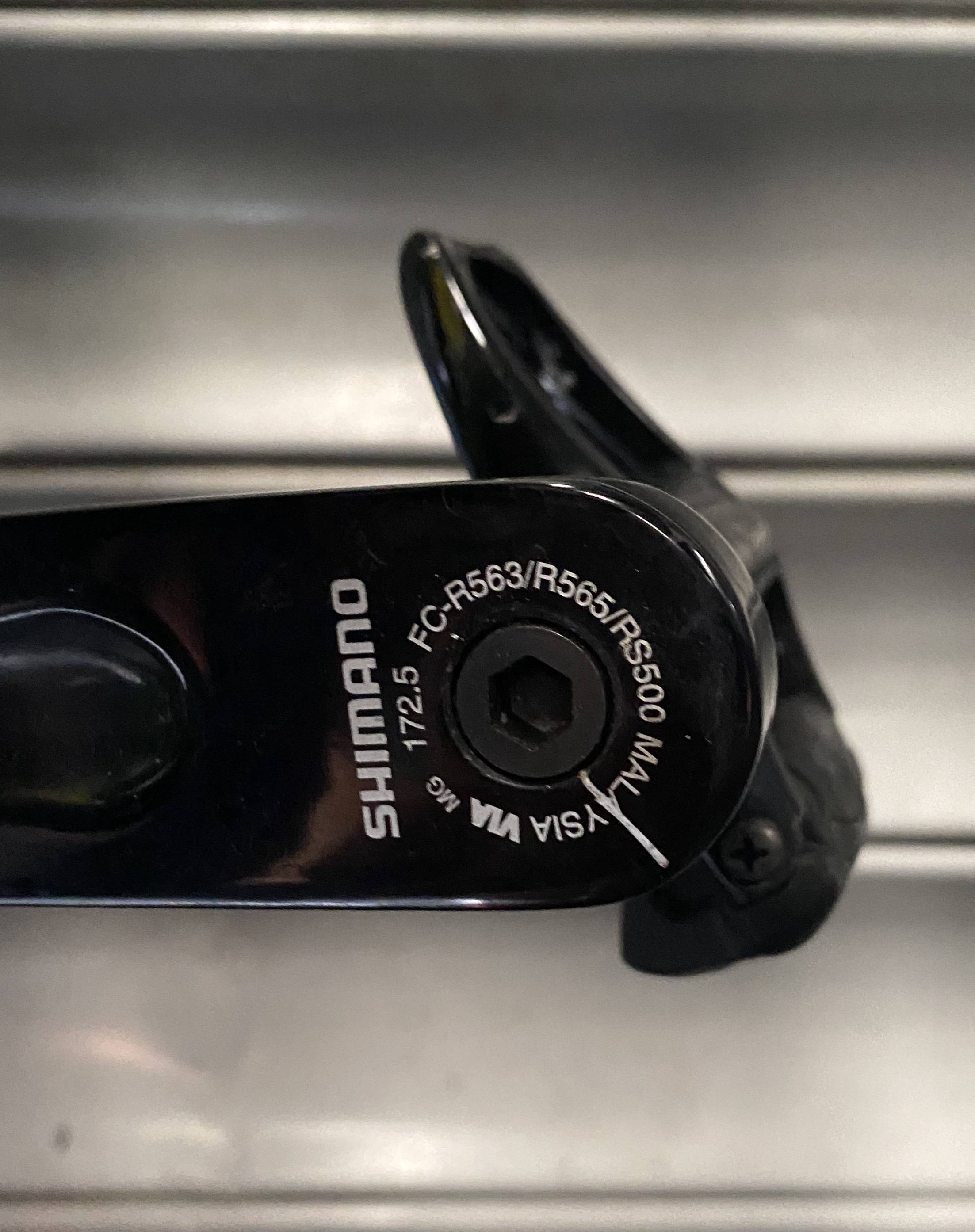 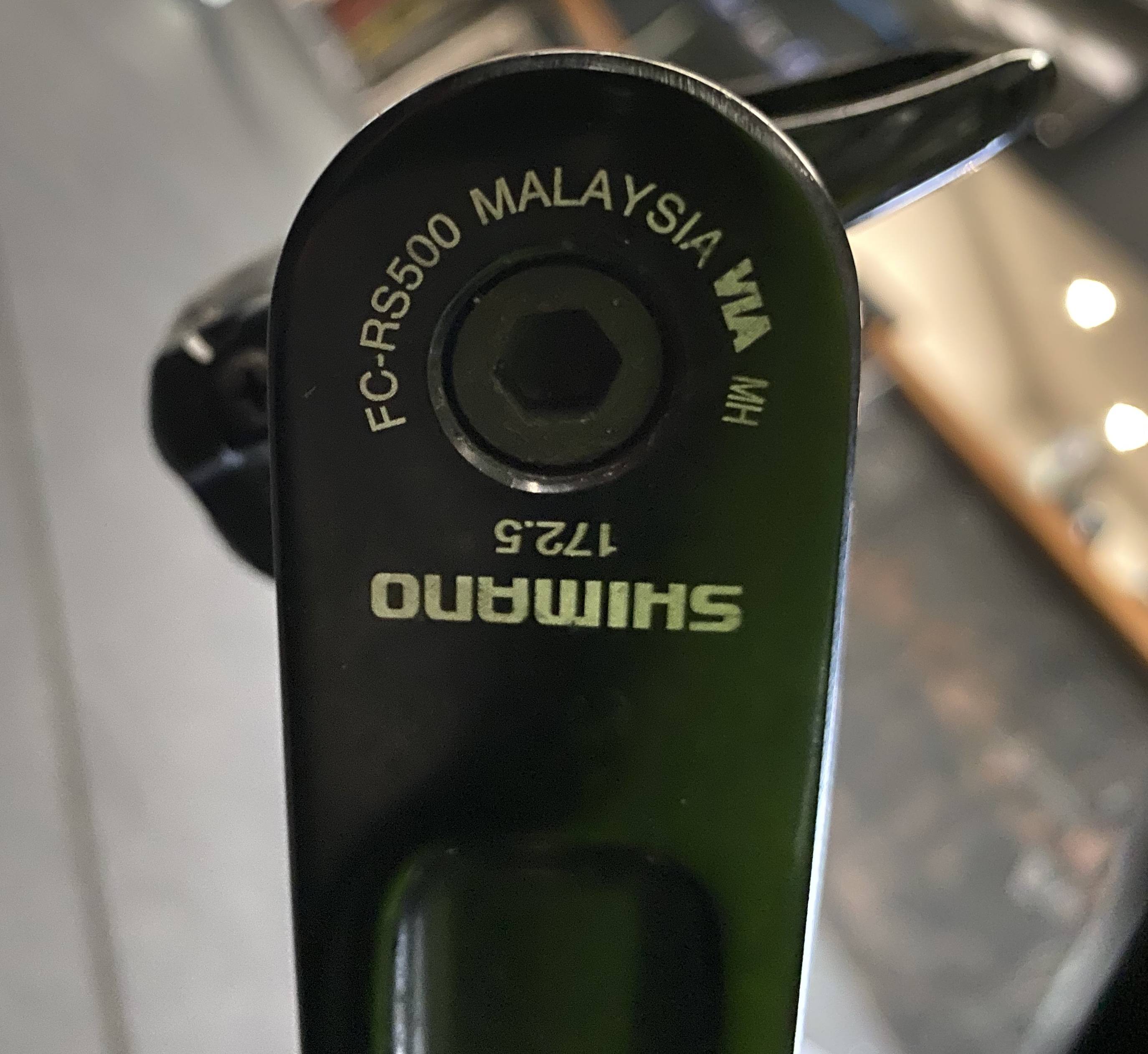 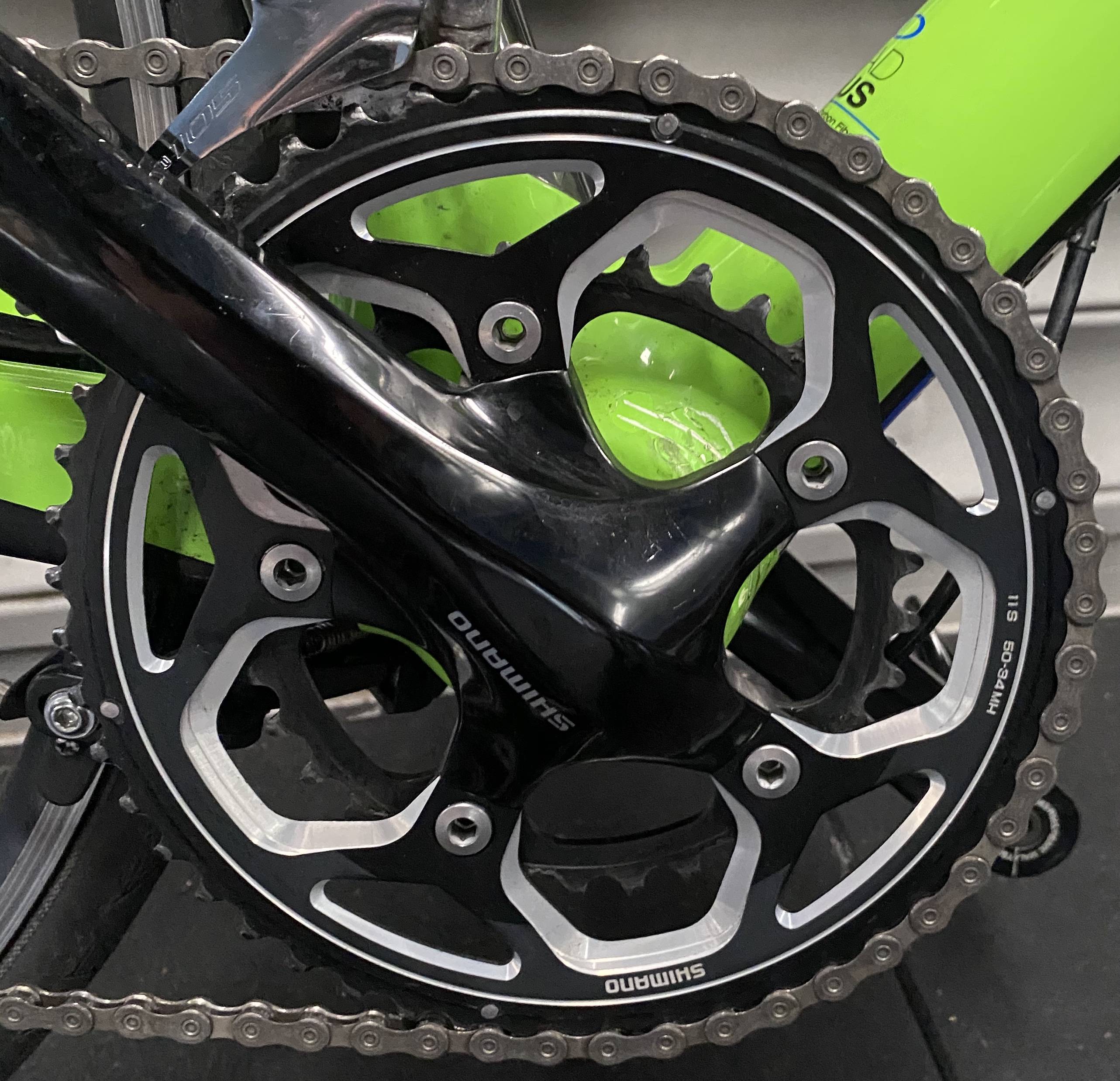 This is a big topic. This is the best place I know of to do research. Fair warning, even "cheap" power meters are expensive, although Sensitivus might be changing that.

There are several places where power can be measured on the bike:

These all measure power based on the same principle: a strain gauge. Power also can be estimated using gadgets that measure your aerodynamic drag and correlate that to your speed over the road.

With the pedals and crankarms, you can get single-sided or double-sided, one being much cheaper.

Pedals are easy because there aren't really compatibility problems, but you'd better like Look-style pedals—I don't think there are any other pedal systems available with power meters, although Speedplay has been acquired by Wahoo, so that might change.

Crankarm-based systems are pretty straightforward: there are some that are add-ons to the same kind of cranks you're using now, and you can even send your current cranks off to a couple of companies and have them put power meters on them.

Obviously a rear-hub power meter needs to be built into a wheel. Again, that's very straightforward to install (and if you've got multiple bikes that can take the same type of wheel, this is probably the easiest way to move a power meter between bikes).

Bottom-bracket power meters are fairly unusual and bring with them all the compatibility questions that you'd expect from the plethora of BB standards.

Focusing on budget power meters, there are two clear options. First, you could get a single-sided crank power meter. Here, a strain gauge is bonded to a left crankarm. Your software does double the power read from the gauge. This inherently assumes that your left leg's power is equal to or less than your right leg's power, and it produces an estimate of total power that should be conservative for most athletes. Some forum posters will decry this method of power measurement. For training purposes, this criticism is probably overwrought.

For more modern cranks, you can ship your arm to companies like Stages or 4iiii. However, you have slightly older cranks. There's a relieved zone behind the arm that will probably interfere with the strain gauge placement. Companies like the two mentioned above do sell left arms with factory-mounted strain gauges. Any Hollowtech II arm will physically mount to your crank spindle, and should produce roughly correct readings. It will look visually mismatched. At the time of writing, Stages sells 105-level left crankarms for US$300, and I believe 4iiii's pricing is identical. There may be China-based manufacturers that sell for even less, like Avio. For general reviews and testing, I would recommend DC Rainmaker's site or GPLama's website or Youtube channel. GPLama has tested some of the off-brand power meters.

Related: based on testing done by GPLama, I strongly recommend against dual-sided power meters based on current generation Shimano crankarms. The drive-side meter consistently underestimates power. You might as well not pay for the drive-side. My summary of the issue and some links are available here. If you want an alternative crank-based solution, Quarq measures power at the spider and they recently dropped their prices. This would entail new cranks and a bottom bracket, but you should be able to re-use your chainrings. One minor disadvantage of spider-based meters is that they do measure your total power, but they only estimate the proportion of power coming from each leg. True dual-sided power meters based at the pedal or the crankarm do directly measure power generated from each leg. Anyway, estimated power balance should be sufficient for most athletes (unless you're recovering from a leg injury).

If you are willing to change to Look cleats, Powertap, Garmin, and Favero all make Look-based pedal meters, both single and dual sided. The single-sided versions are about US$450. I believe Favero's dual-sided meter is $650 or thereabouts, and this would be a nice upgrade.

Wheels with Powertap hubs are another option. I believe I see a rim brake mounted by your chainstay. Many riders may be switching to disc and looking to get rid of Powertap hubs built to rims for rim brakes, which would give you another low-cost option. This is stating the obvious, but a Powertap hub means you only get power on the wheel it's built to.

Added per R Chung's comment: used power meters in general may be a cheaper option.

Do recall that you will need a cycling computer capable of reading and recording your power. These tend to cost at least US$200. I think the most cost-effective ones are made by Bryton (a Taiwan-based company) and Lezyne, or Wahoo's Elemnt Bolt is about $250. If you intend to train with power, you need to regularly measure your functional threshold power and you need to engage in targeted training. If you don't intend to train witn power or to use it to pace yourself in an event, some might say you just have a fancy toy - which is fine if you are aware of that, but there could be better places to spend your money.

Not the answer you're looking for? Browse other questions tagged shimano crankset power or ask your own question.

9
Combining Shimano RS500 crankset with Stages Shimano 105 5800
4
Will this power2max power meter be compatible with Cannondale Synapse?
1
Which 9 speed Shimano Cassette should I get?
5
Changing from Ultegra 6800 crank to r8000 dual power meter
2
Crank power meter incompatible with my bottom bracket
0
Mixing Ultegra or 105 left crankarm with Shimano Sora support
2
Campanolo record power meter crank with veloce crankset
5
Shorter crankset on road bike
0
Looking to change from Octalink Claris to Shimano 105, will the frame be compatible with a 105 hub?