Recovery from a cycling mishap

I took my bike for the first ride of the season yesterday and unfortunately it was pretty short. As I was cycling through the rear gears I hear a plinking sound and then a large clunk. I stopped immediately and went to inspect the back wheel where I saw the following carnage: 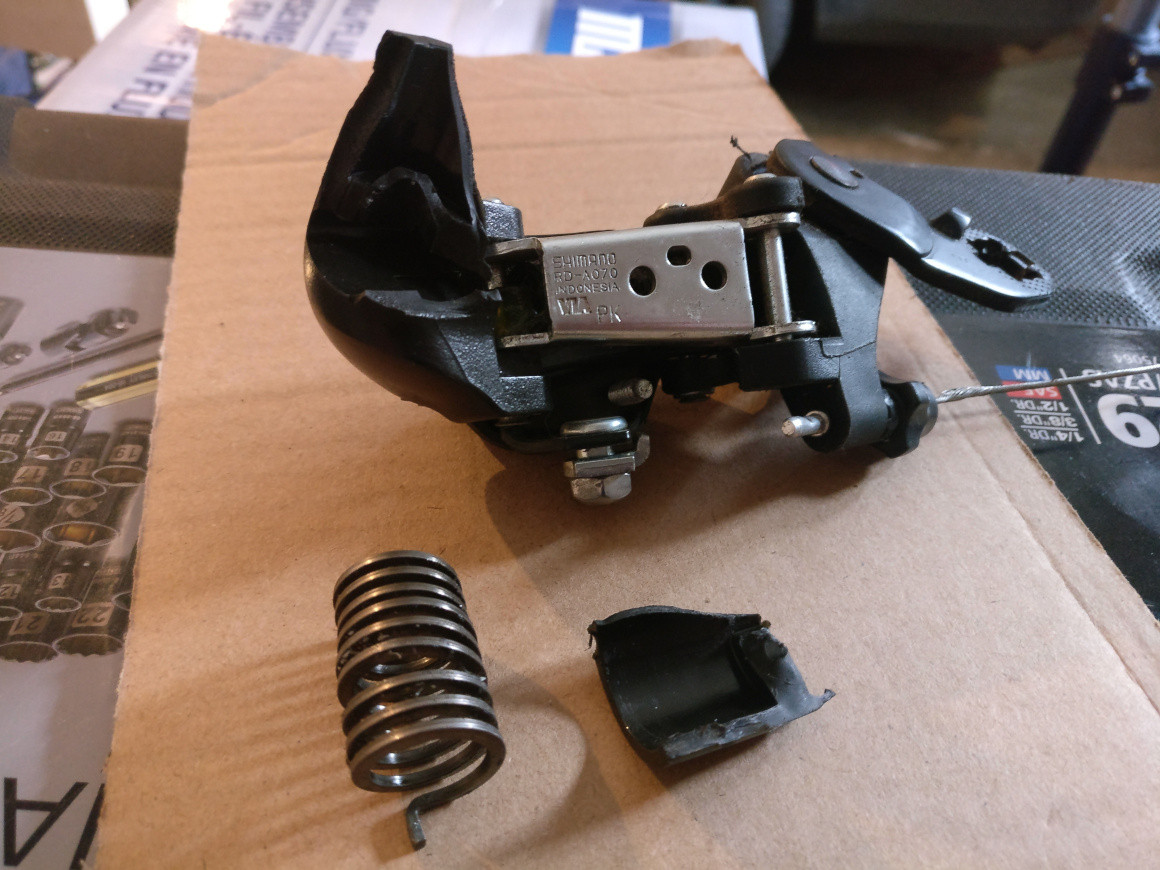 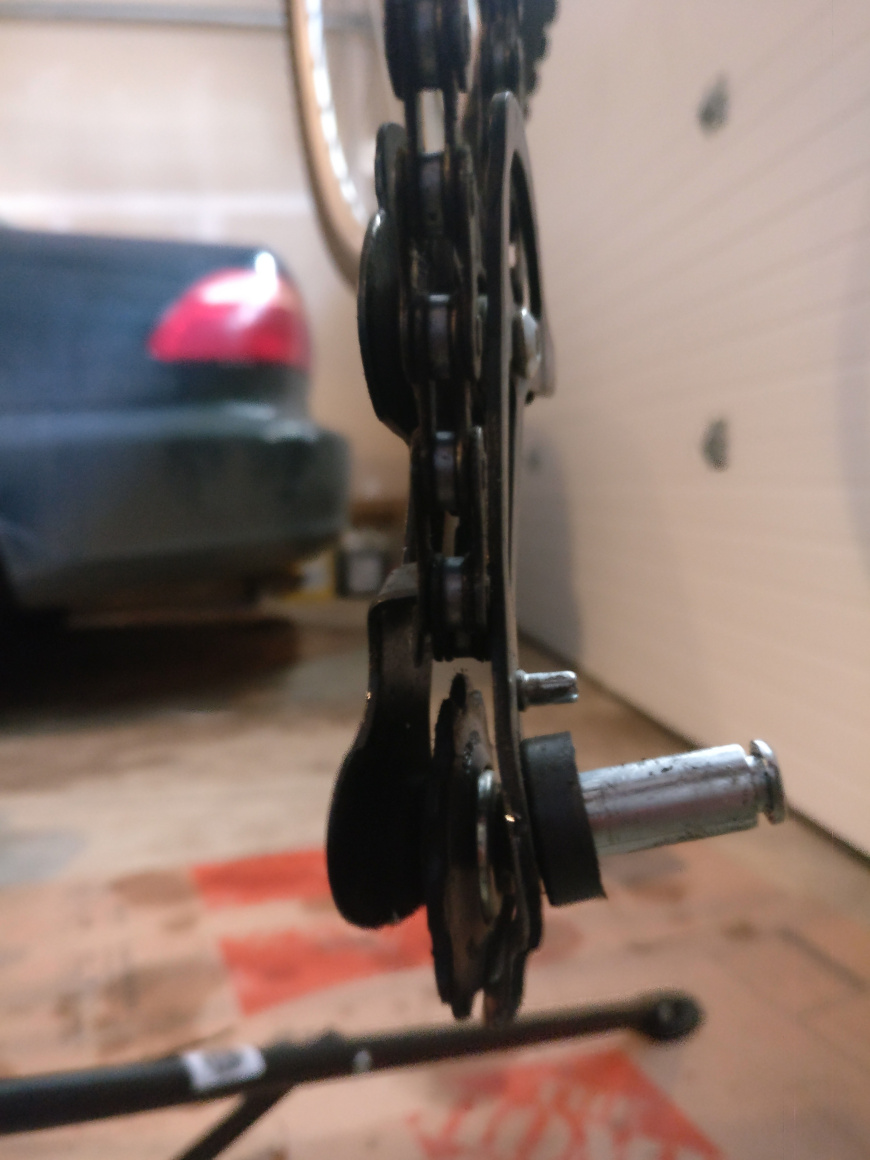 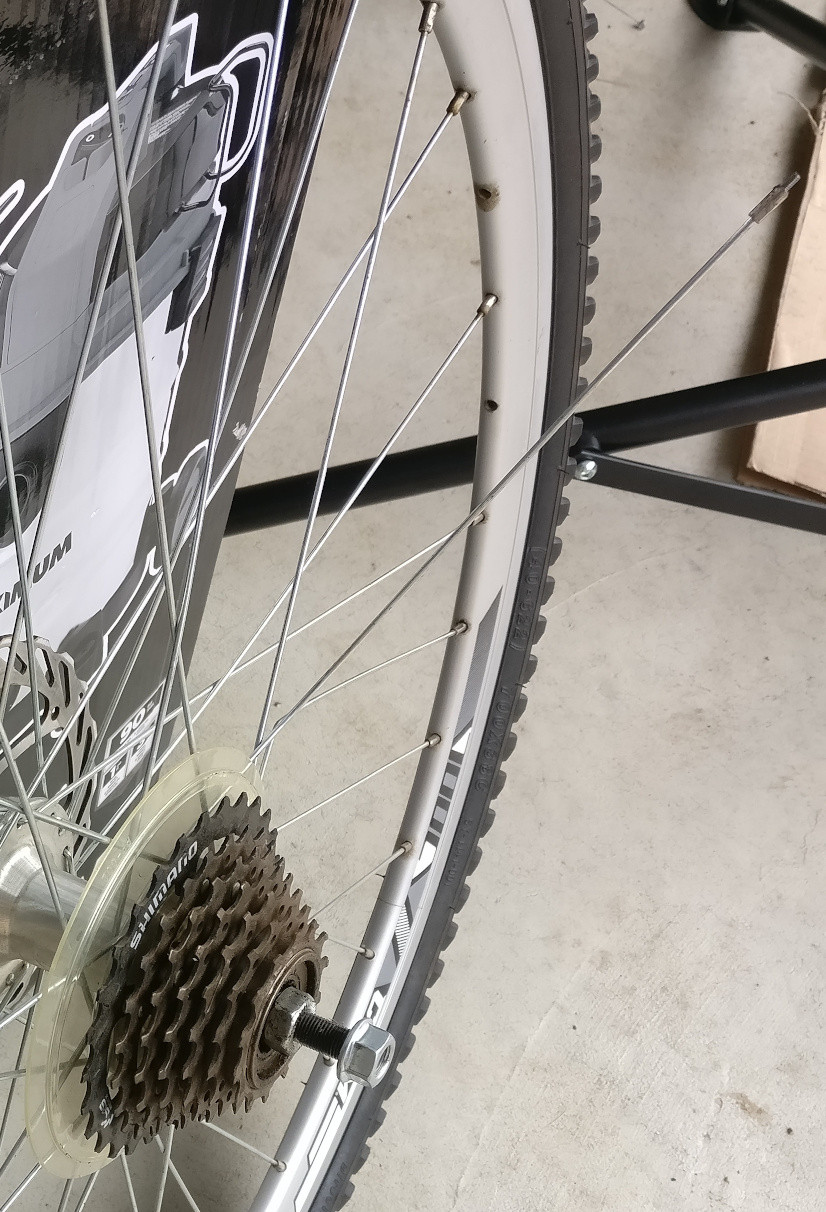 I suspect that happened where is the L limit screw was dialed in too far and the pulley cage was hitting on the spokes (thus the plinking sound) but when a spoke mounted reflector passed by it put enough force on the derailleur to break the shroud and mess up the pulley cage as well.

With the why and how aside I'm looking to repair the damage so I can go on cycling!

I'm fairly new to bicycle maintenance so I'm trying to understand this piece by piece. I obviously need a new derailleur, probably a higher quality one this time around. Is there anything a beginner should be aware of when buying a new one? Besides the minimum and maximum tooth sizes.

Secondly, is it possible to buy just a few replacement spokes (I've been mostly looking on Amazon Canada)? Should I replace all the spokes at the same time?

I recommend you take the bike to a bike shop and let them deal with this.

Having done something similar myself last year, beware of damage to other spokes. I didn't break any at the time, but 2 snapped within 3km of each other, 150km later, and when I removed the cassette I could see that all the drive side outer spokes has chunks or of them. This was presumably where the chain ended up after smashing the plastic disc.

A new rear derailleur was needed as well as replacing all 9 damaged spokes. I replaced them one at a time, keeping the wheel dished and fairly true, so only a little truing was needed. This was before I ever built a wheel.

Getting something caught in the derailleur could have caused this. I think mine was due to a stick, I've heard of a crisp packet getting stuck in the cage and causing the same damage.

You also need to check the derailleur hanger isn't bent, if you fix the bike.

Another repair option if you like the bike is to buy a similar cheap second hand one (which doesn't have to fit you, but the components have to be compatible) and take parts off it.

Sure you can replace spokes yourself. You will need the correct spokes and a spoke key that fits your nipples. You also need a way to remove your freewheel.

However a rim that permits the spoke nipple to pull through the metal sounds extremely sketchy. I would not ride that rim.

Your rear mech is stuffed. It will never work right again, so other than salvaging the lower parts of another derailleur, replacement is your best option.

I also see a freewheel not a cassette, so this is either a really old bike or a BSO. I'm leaning toward BSO because of the visible disk brake rotor.

UPSHOT Instead of pouring good money after bad, its time to look for a replacement bike. A decent used bike will probably cost about the same as a bike shop's total charge to fix that.

Not the answer you're looking for? Browse other questions tagged repair derailleur-rear parts spokes or ask your own question.

9
Is this an abnormal rate of spoke breakage?
3
Rear derailleur hits spokes when switching to largest sprocket
2
What to do about a broken rear derailleur inner cage plate?
1
Upper pulley on rear derailleur (jockey?) very close to cassette?
7
What could have caused a rear derailleur to end up in the back wheel suddenly?
4
Replacing Ultegra R8000 'long cage' derailleur (crash repair advice)
3
What is going on with my derailleur?
1
Derailleur compatibility with Shimano 5500 shifters
3
Chain pops off guide pulley when pedaling