This is a multiple choice question, with just two choices. But please explain a bit.

Suppose you work at a bike assembly plant, tasked with assembling 1000 identical bikes.

The front derailleur comes with two, and only two, positions for routing the cable. 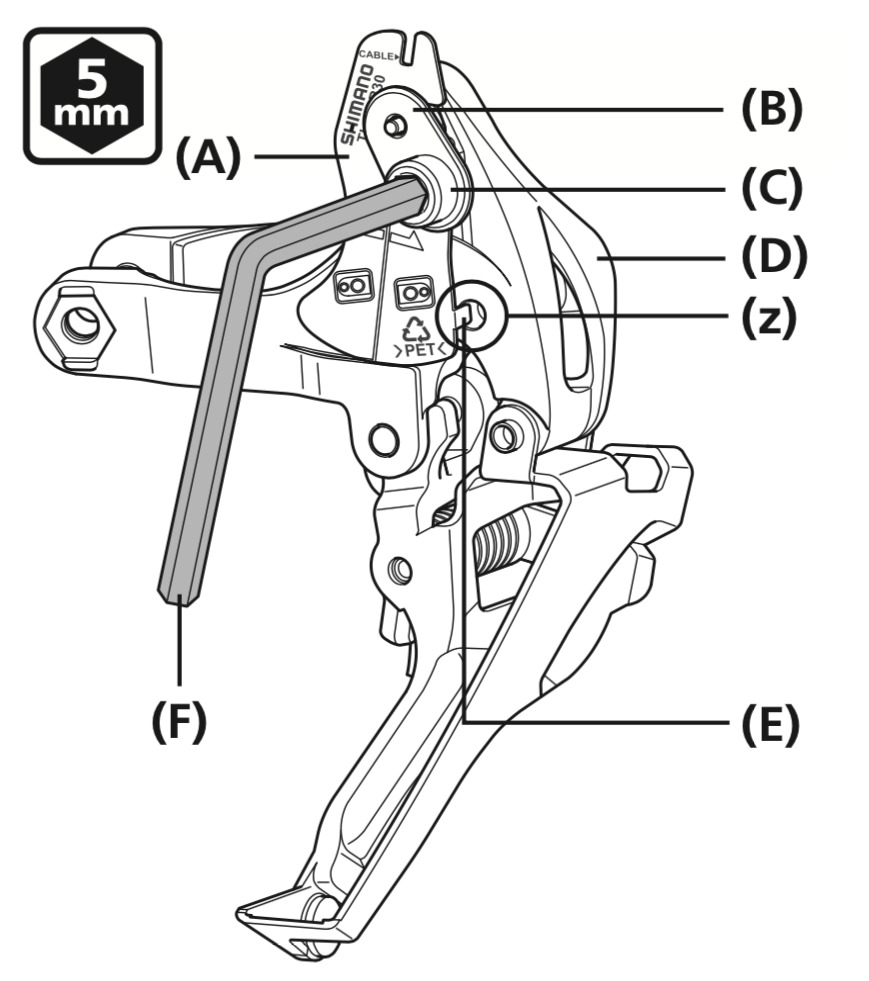 B. Exactly one "converter judgment tool". Since all the bikes you are assembling are absolutely identical. It is enough for you to invest a lot of time to choose between the two routes, and henceforth use that pin position for the remaining 999 bikes.

Depending on whether you answer A or B, this means:

If B: if a bike is shipped (during pandemics or at other times) in a box, the amateur mechanic assembling the front wheel + handlebar and tuning the bike will normally not need to order the converter judgment tool. The pin position is the same for all identical bikes. It would be a rather serious mistake if a bike slips through with an incorrect pin position. The FD cable arrives already attached and tensioned, even if the tension may be inaccurate.

Another way of asking this question: could the mechanic at the bike assembly plant who worked on your particular bike have made a mistake and chosen the wrong pin position?

If all identical bikes require the same pin position, then one would expect a seasoned mechanic to have carefully chosen the pin position. Possibly, this can be determined during the design of the bike, and the designer can already specify the pin position before the first frame even exists.

For the most part every bike model will use the same position for the converter.

What the converter essentially does is give some adjustability to account for different points of origin off the BB shell area for the final run of exposed cable before the BB anchor, because the derailleurs that feature converters have an anchor point whose lateral coordinate is very close to directly over the pivot of the actuation arm and are thus more sensitive to how the angle of approach of the cable affects the total throw of the cage, compared to traditional derailleurs where the anchor is more off to the side of the arm pivot.

Because these derailleurs are sensitive enough to this angle to require all the fuss of a special tool etc, it's conceivable that in some cases that small variances in layup, the exact position of a cable guide hole in the BB shell, etc, could cause enough variance for different bikes of the same model to need the converter set differently. And it would be very likely for this to be overlooked in a factory assembly setting.

I believe your bike is metal framed? therefore the cable routing under the BB is handled by the small plastic cable guide, which is going to be in the same place basically all the time.

I concur with Nathan that for a given bike model, it is likely to use the same position for the converter.

Whether the converter is set at a sub-assembly stage, or set when the derailleur is on the bike might depend on production manager's choices, but the operation will be determined in advance, it would likely not be checked on the production line with a tool for each and every bike. It would quickly become a waste of time. It's of course possible that if yours needed changing that it could have been missed. Mistakes happen.

When the mechanic came to do the assembly and pre-delivery inspection (pdi) of your bike, there would be no need to double check the converter with any tool, because the operation was due to be done at the earlier stage. It should be apparent at this stage if the derailleur is functioning.

Not the answer you're looking for? Browse other questions tagged derailleur-front cable-routing or ask your own question.