I've read a lot of carbon fiber vs aluminum debates. The anecdotal evidence for one being better than another is not very interesting to me. I'm interested in the statistics.

Does anyone know where I can find actual failure stats for mountain bike frames? How many warranty repairs per year for each type vs sales volume, for example? Anyone work at a bike shop that can share the average number of people coming in per week with broken aluminum vs carbon fiber frames?

I've read a lot of carbon fiber vs aluminum debates.
Does anyone know where I can find actual failure stats for mountain bike frames? How many warranty repairs per year for each type vs sales volume, for example?

I'm reading this as a strength of materials focused question - carbon vs aluminum.

Summary:
For a properly designed, well made frame on a correctly assembled bicycle ridden in a manner that is not abusive (I know "abusive" is a relative term. A good frame should be over engineered to handle some abuse, say 80% - so I'm talking about the 20%) frame failure for carbon or aluminum is a non-factor.

However, warranty frame repairs/replacements data would be made up of:
- Material failures (that your question refers to)
- Manufacturing failures
- Flat out user abuse (the 20%)
- Incorrect assembly
- Damage during shipping
This statistic would not provide an accurate reflection of the merits of the two materials.

Generating reliable, comparable, standardized statistical data is expensive and tricky. There is no motivation for the bicycle industry to spend the money to generate this information or to share the data they have for many reasons. Frame design / styles change so frequently that even if the data were generated it would be outdated quickly.

We don't have reliable, comparable, standardized statistical data that allow us to compare specific frames or types of frames to each other we do strength of materials data that we can use as an indicator of the merits of the two materials. 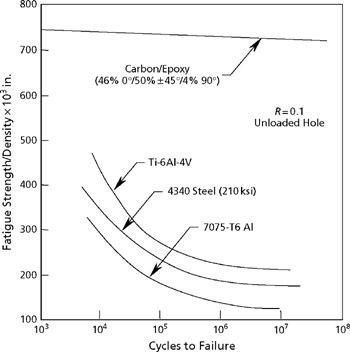 Composites do not corrode and their fatigue resistance is outstanding. Corrosion of aluminum alloys is a major cost, and a constant maintenance problem, for both commercial and military aircraft. The corrosion resistance of composites can result in major savings in supportability costs. The superior fatigue resistance of composites, compared to high strength metals, is shown in Fig. 7.2. As long as reasonable design strain levels are used, fatigue of carbon fiber composites should not be a problem 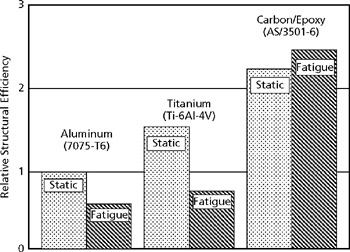 From a strength of material perspective carbon is more fatigue resistant and higher strength than aluminum.
The materials are more than adequate to the task. What matters is:
- Frame design
- Correct frame construction
- Correct assembly of the bicycle

In an ideal world (one without people who would cut corners making bike frames) you should be able to base your decision on the riding qualities of the two materials and your personal preferences.

So, select a trust worthy brand/frame maker and make sure your bike is assembled by a knowledgeable person and base your buying decision on your personal riding preferences.

In general, where would one get data on the failure rates of mechanical or electronic equipment? Frequently, there is no government-mandated reporting for failures of, for example, hard drives. In public health, my main field, we would be able to get mortality information from, for examples in the US, the Social Security Administration and Medicare's administrative data. I'm not sure what the situation is for automobiles, but there is a Vehicle Identification Number system that is used at least all throughout the United States. Information like mileage, major accidents, major repairs, sales, and scrapping is reported to commercial bodies like Carfax.

Bicycles lack such a universal identifier to begin with. In the case of hard drives, you will often have a situation where some company owns a big bunch of them - for example, ones that run cloud storage or computing centers. Those companies can conduct reliability studies on their hard drives, as in this example. But again, bicycles are not in this situation.

You might retort that surely the manufacturers have information on failure rates. They surely do, but their information is most properly thought of as warranty rates. If I destroyed a second-hand frame, it is not likely that I would report it to the manufacturer, since warranties almost always extend to the original owner only. Alternatively, if the original owner destroys a thirty year old frame, it's possible they might not report that to the manufacturer, either. They might have lost the paperwork, or forgot that item had an applicable warranty, or just not want to be bothered.

You're correct that bike store reports might be of some use. However, consider that the probability of failure for good mountain bikes is low. Any one store might only get a handful of failures in a year. To get reliable data, you would want to aggregate responses from multiple shops, preferably some sort of random sample from a number of geographic areas. You would also need to specify the reporting period, e.g. how many failures in the last 12 months? A full year would be prone to recall bias, a fancy term for the fact that people can't necessarily recall all the way back to one year very well.

TL;DR: Manufacturer data are probably the most reliable data, despite the flaws I discussed. It's possible you could combine historical warranty data from several manufacturers and analyze them. The question is how you would convince them to play ball, which I'm not sure I can answer. You are better off answering the question from first principles, like David did.

Not the answer you're looking for? Browse other questions tagged carbon aluminum or ask your own question.

27
Carbon bikes make me nervous. Can you ease the tension?
11
What are the pros and cons between an aluminium and carbon frame?
0
Carbon Fiber vs. Aluminum