How can I remove a stuck bottom bracket cup?

I removed the cranks: 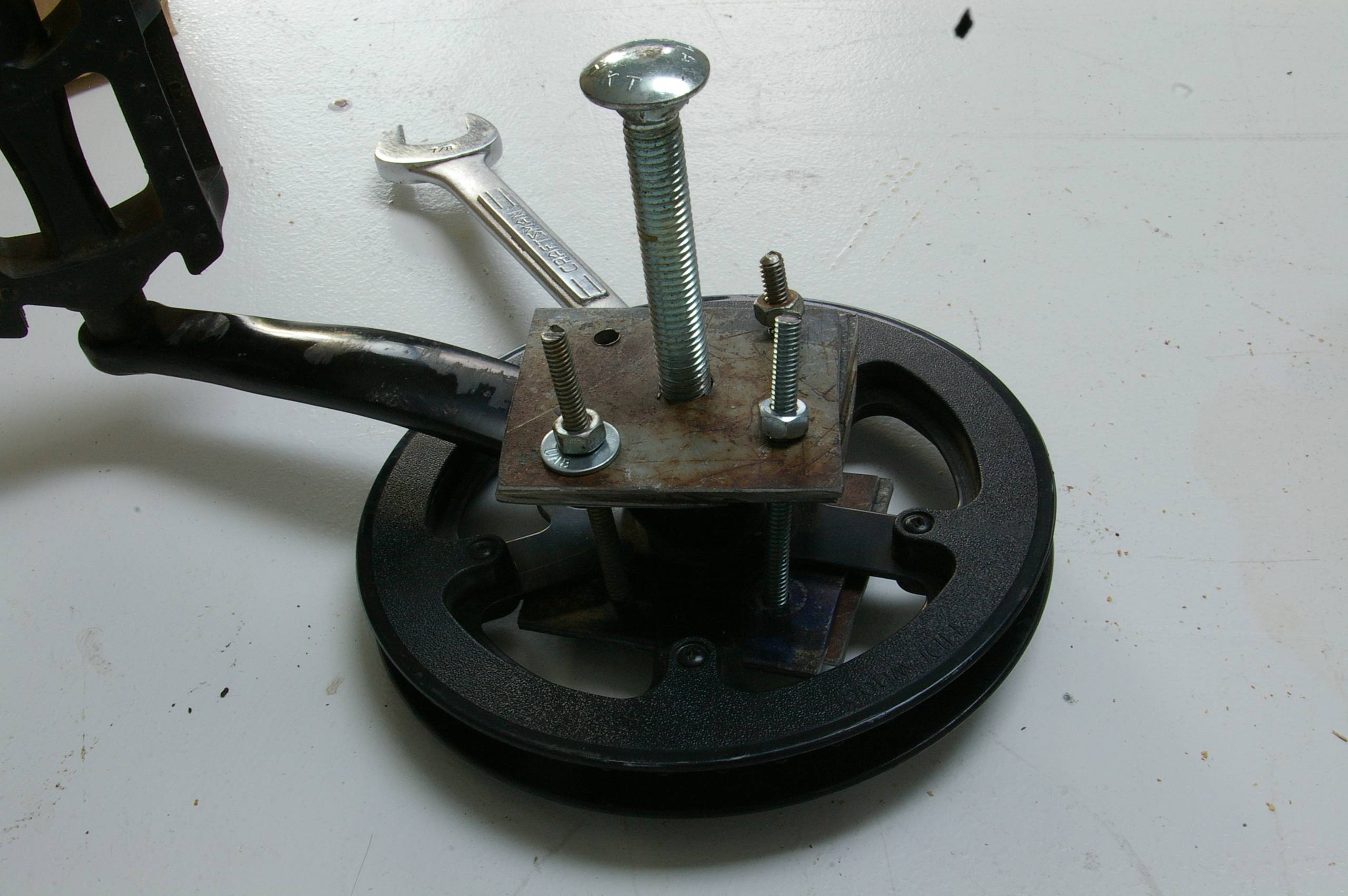 After opening the bottom bracket, I found that the bearings need to be replaced: 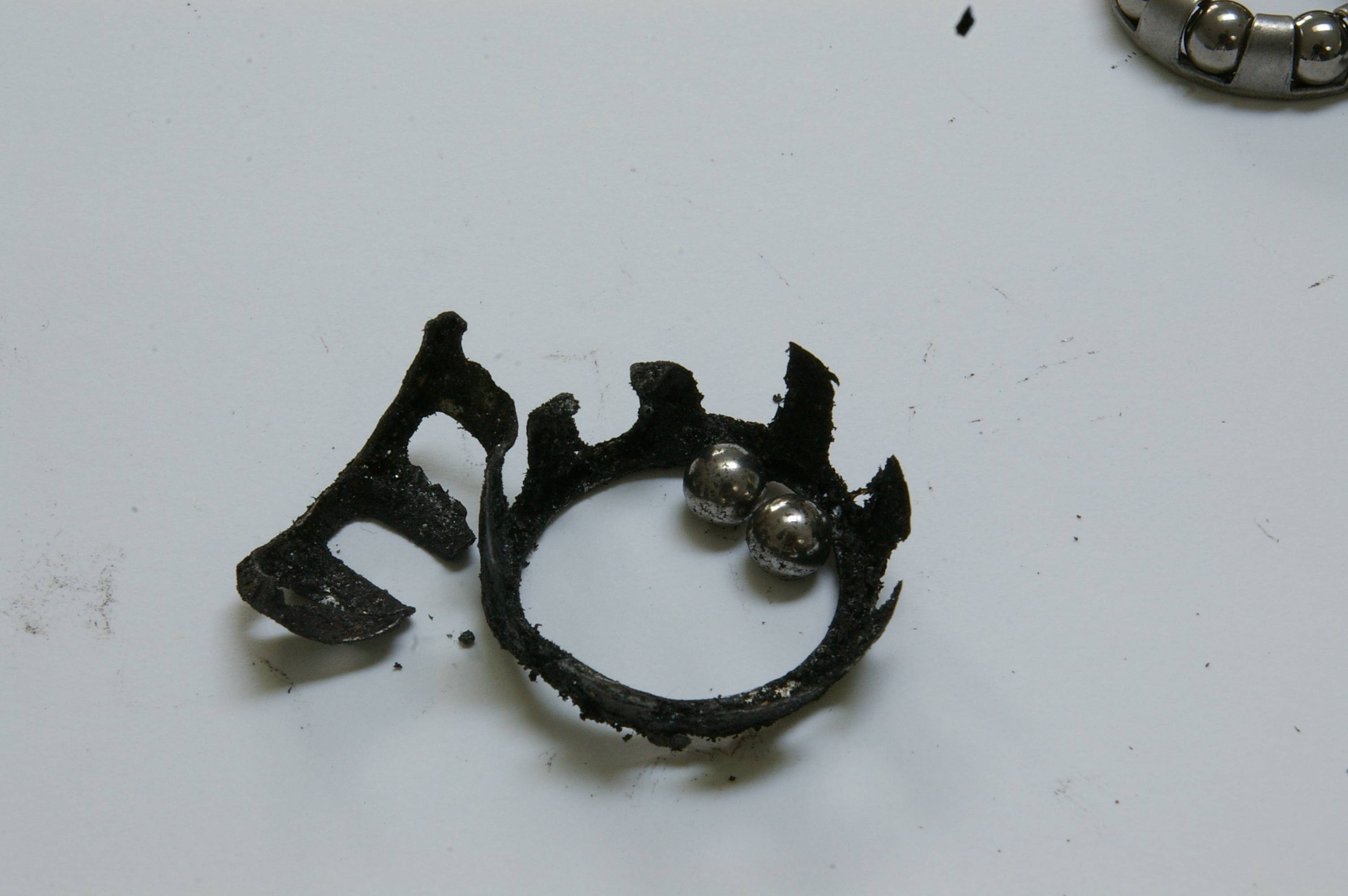 I removed the cup on the left side: 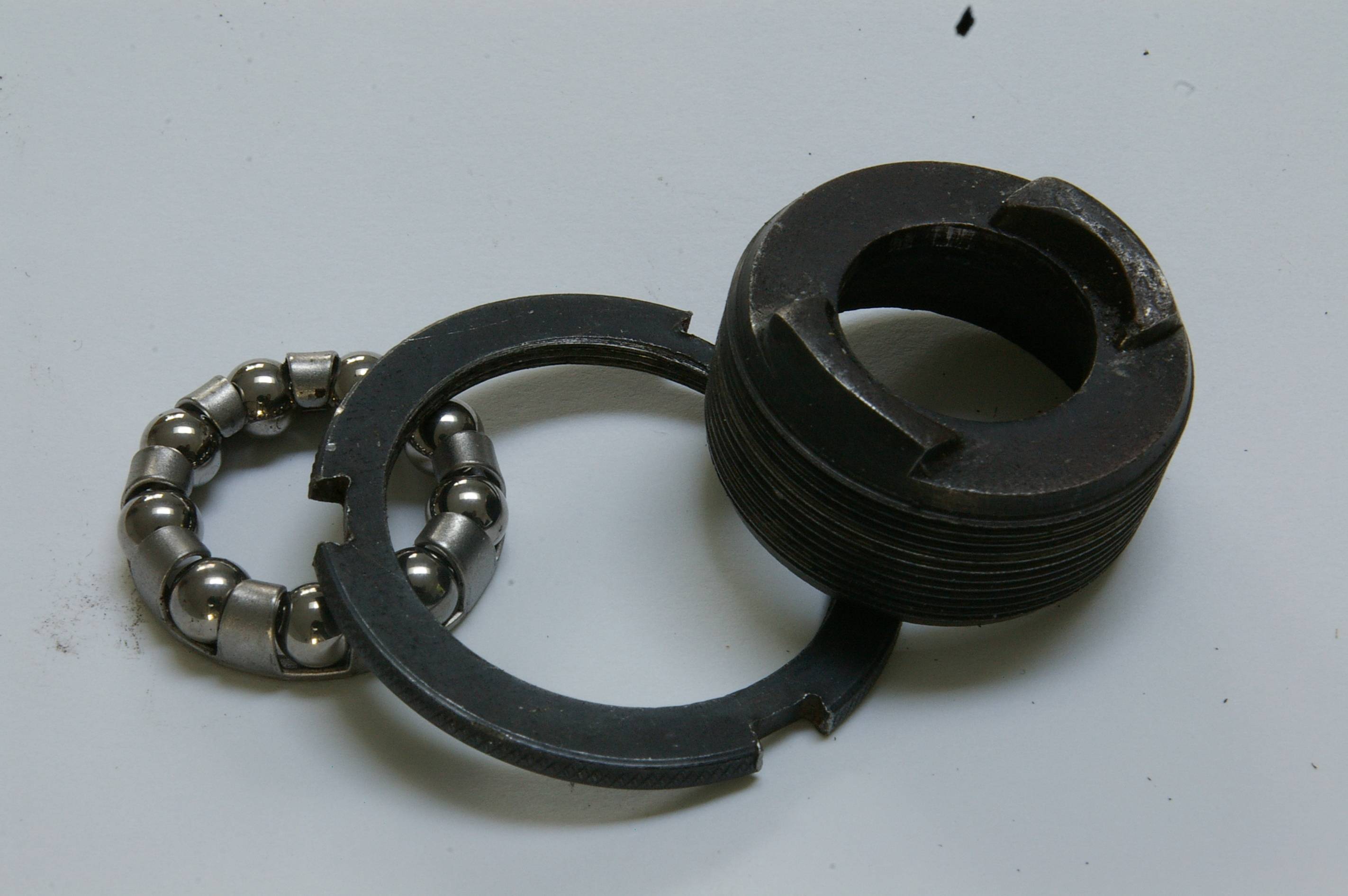 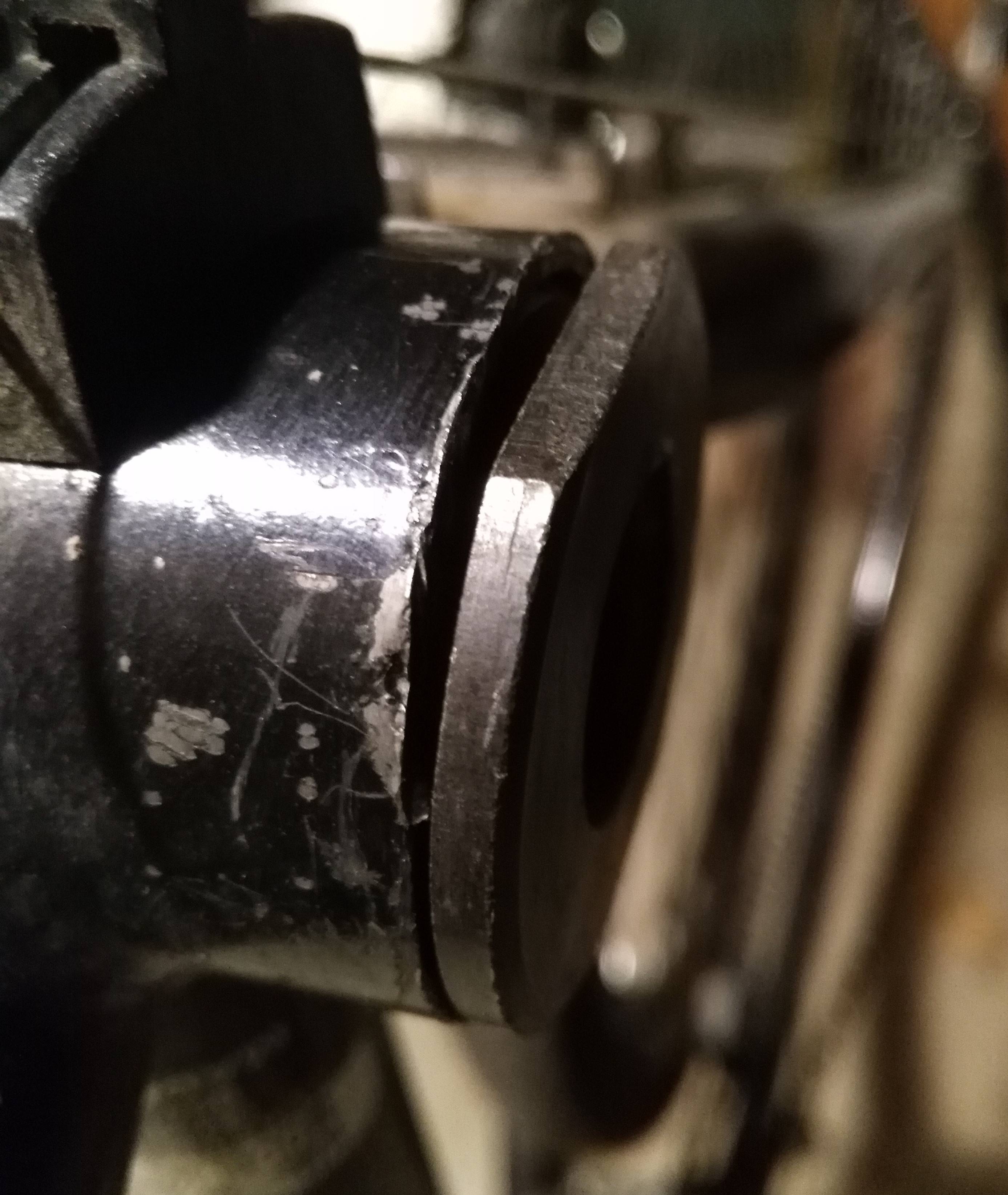 I tried unscrewing in both directions using a maximum of 120 ft-lbs (160 N⋅m) on the wrench, but it didn't budge.

Another factor in this equation is wear on the spindle: 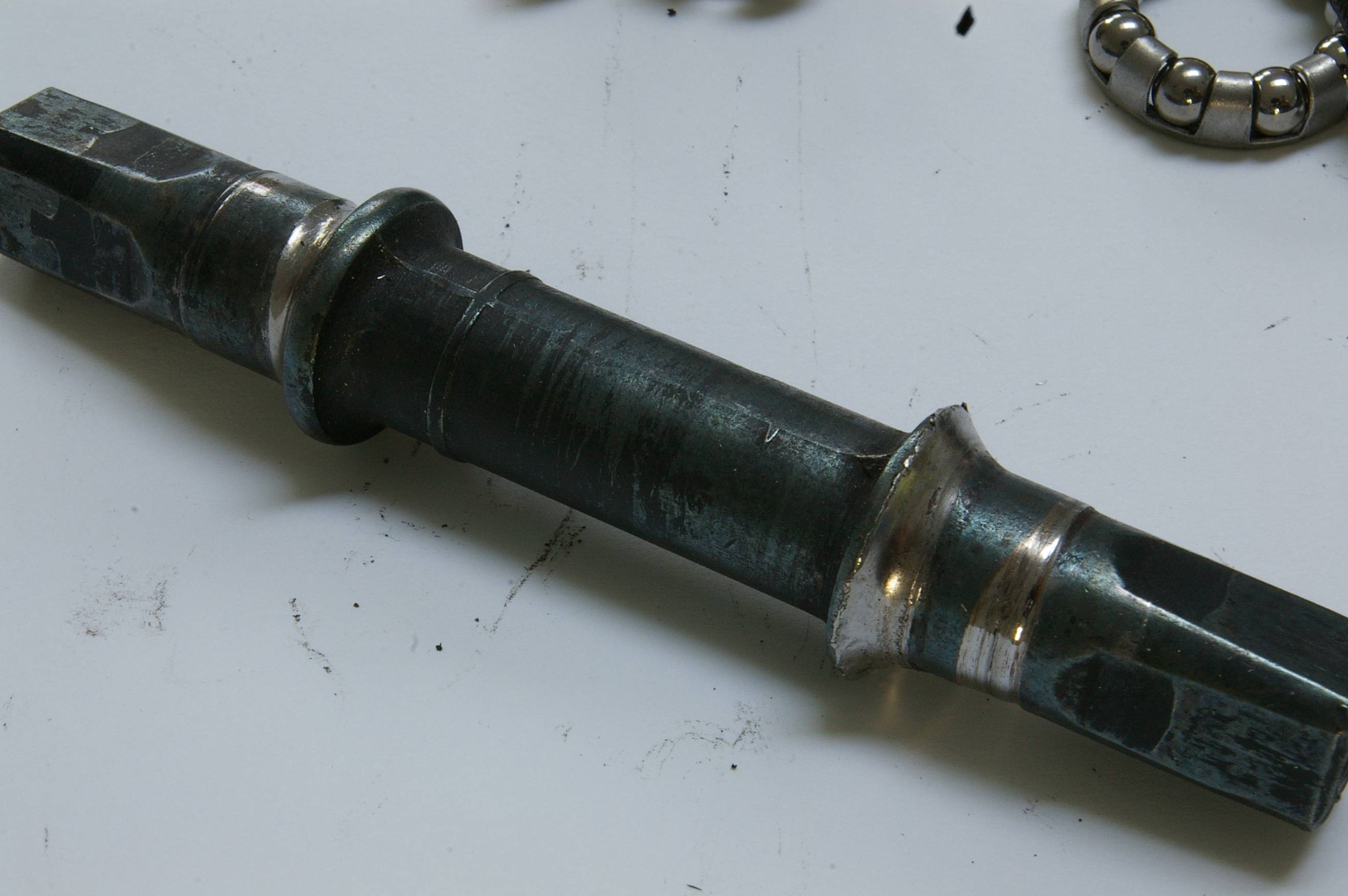 I have identified these options:

To proceed with the repair I need to answer the following:

You're going to need to replace the entire BB.

The drive side cup is reverse threaded. (This isn't true of older bikes of certain nationality, but the nylon cable guide suggests yours is new enough for this not to be a concern.)

To answer your questions: 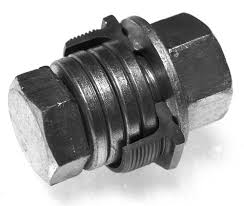 Nathan's answer covers it all, but to expand on the last point... That cup is dead.

Your last resort is to cut the cup out - I've done it once. In my case the bearings had failed, and the rider was rubbing the BB axle on the cup directly, slowly eroding through the casting.

You can see the fresh tearing on the right side, where the wrench has peened over the hardened steel. 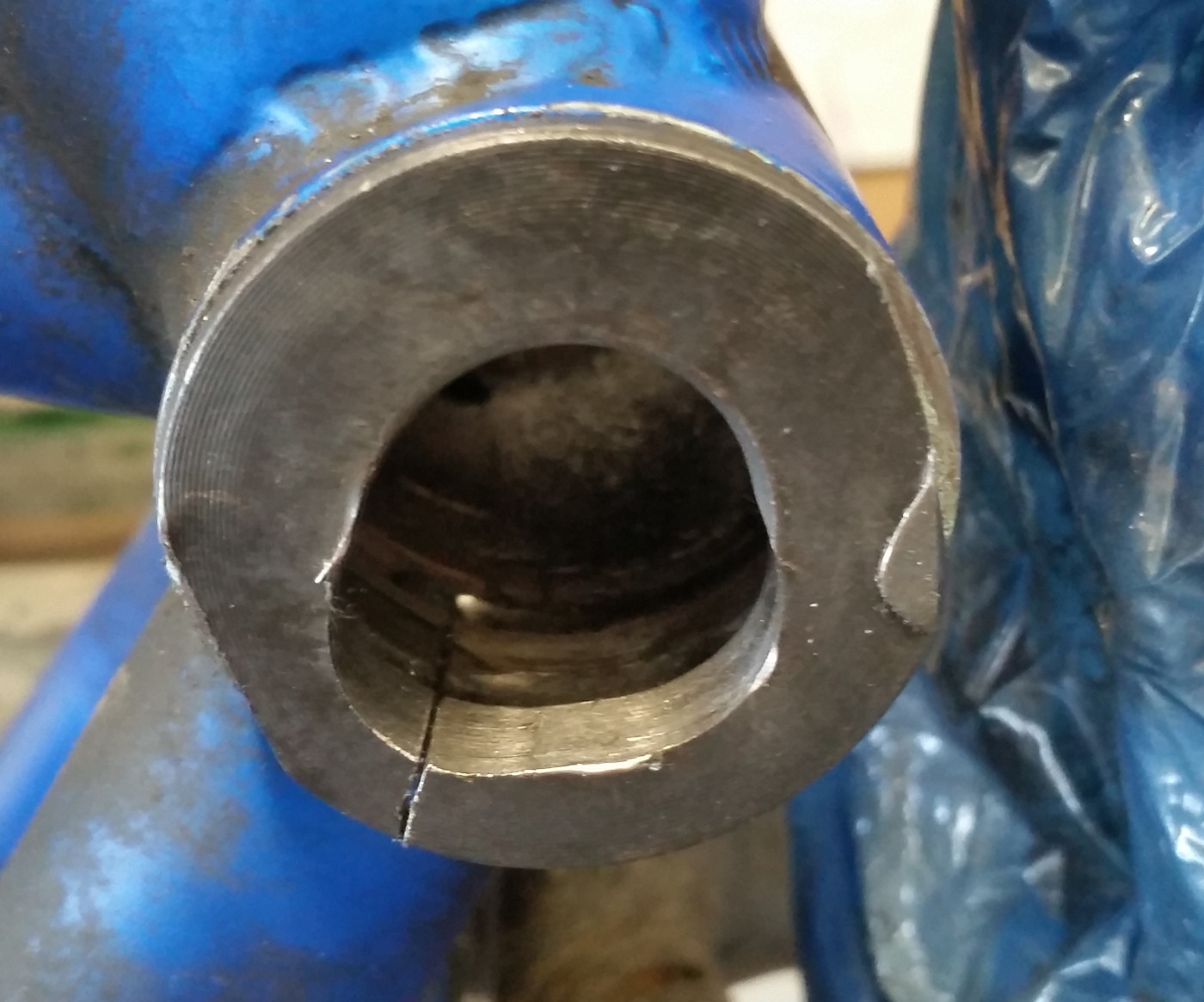 I tried penetrating oil, brute force, hammering on the pictured tool both in the correct and wrong directions.

In the end I used a medium toopth hacksaw, fed the blade through the hole and refitted to the hacksaw frame. This allowed me to cut downwards not upwards or sideways. Also it was the worn-thin part of the cup, but later I realised it was probably work hardened too. It probably took 90+ minutes of hacksawing over a couple days to get mostly through it.

When I got near the end, there was risk to the threads in the frame. When I could see the saw marking the blue frame paint through the cut, I stopped hacksawing and tightened the cup into the frame. This was enough pressure to collapse the cup enough to slowly unthread it completely.

The threads in the frame looked okay, and I should have used a BB thread chaser to restore them but don't own one. Instead I cleaned them of dust and grease and grime, and used a sharp pick and a heavy wire brush to scrape through the threads to clean them.

I fitted the cheapest cartridge bottom bracket available, and it took a lot of torque to get in even with assembly paste. Chasing the threads would have made that easier - I suspect that cartridge will never come out.

Next time I would use a small rotary tool (dremel) with a cutoff disk or perhaps a burr to cut through the cup, and not a hacksaw.

At $100 and a hard 2000 miles, that bike doesn't owe you anything. And if the cap is tweaked like that, it was probably cross threaded, which means it might be permanently damaged during installation. This would explain why it's so hard to remove, since the assembler at the manufacturer simply kept screwing it on at an angle with an air tool, instead of backing it out and trying to get it in straight.

Also, the parts to fix this might cost more than the bike. Even the bearings that look good probably need replaced, since you want new bearings to wear into your other new parts, instead of the current cheap sets.

I'm totally a DIYer and would have done exactly what you did to try to fix the bike, but even so, you have to consider when it's worth your time and money. With a cross threaded part in a critical location like that, you'd have to fix the threads, yet there's no good way to do that with that thin a piece of metal. You can't just use a insert threading kit, since that relies on the strength of the surrounding metal, which you might not have. And good luck finding the size, and possibly left hand thread, you need. The other option is to add metal back on, and welding or even brazing that thin of metal has a good chance of warping it, even if you had a tap that size and direction to recreate the thread.

What Criggie suggested about cutting out the cup can take a lot of time and effort, and if the threads are as bad as they could be from cross threading, it'll be wasted. I've seen things that cross threading had sheared off the threads (not on a bike), to the point where it was metal spaghetti coming out. And yes, that's on a completely stuck part that required major effort to remove. And the hacksaw is the best way to cut that out. A Dremel-style tool won't get the the straight cut in the direction needed. And a saws-all is way too aggressive, with the likelihood of damaging the frame high, not the mention the threads.

Also, with it being a hard 2000 miles on a $100 bike, you are likely in for more repairs real soon. Unfortunately, that's what you get for a bottom rung quality bike. I've owned several bikes like that when I was younger and I did a lot of repairs.

Normally, 2000 miles on a bike isn't much of anything and you shouldn't have to do repairs yet, but with them being hard miles and something just goes "crunch" one day, then you not fixing it for another 200 miles, that's a recipe for more problems, sorry to say. You don't know what other stresses you put on other parts to compensate for the broken parts. You already have to replace the spindle because of that excess wear, so there's likely other things that have more wear because of this, too.

And those bearings you know you need to replace shouldn't look like that after 2000 miles. There's no reason the crown/race should be that dirty.