I'm trying to identify an antique tandem bike. I have looked at over 6000 of them on the internet with no luck. Many are similar, but this one has some unique items. Not the top rail, it stops at the passenger seat. The bottom frame rail is quite beefy in comparison to others. It has dual drum brakes. The rear steering setup is very crude looking, like a prototype. It appears to be a 6 speed bike. The head logo has a sticker over it, so I can not see the head logo, but I will try to remover the sticker soon. 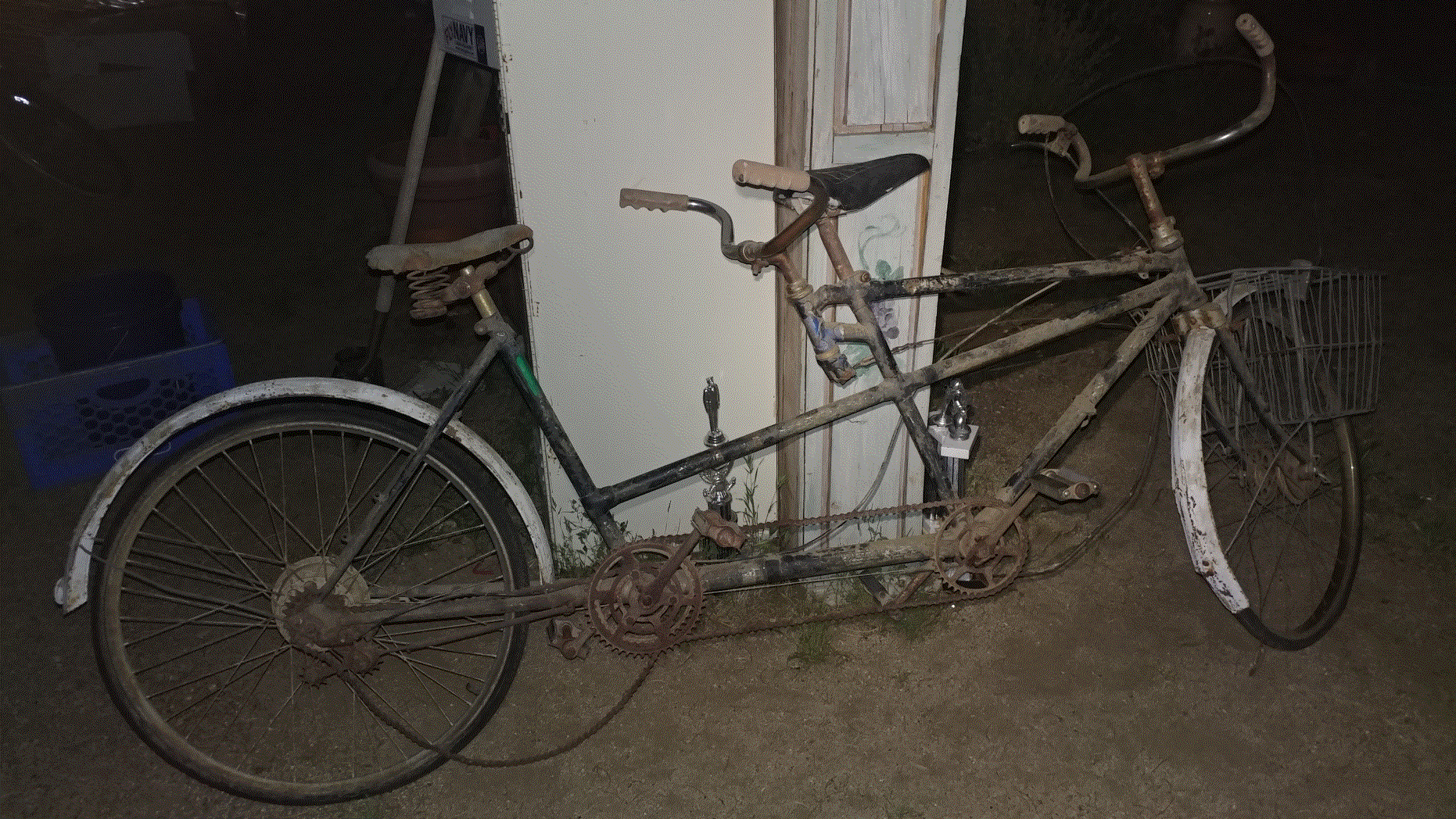 From the area around the rear handlebars you can see it's been modified. A head tube (blue rather than the black of the rest of the frame) has been welded to the front seat post, reversed. I suspect the rear top tube has been cut off, weakening the frame a lot, and the steerer parts attached to the stub of that. It looks like the top of a set of forks is still present and used in the linkage. Close-ups of the top of both seat tubes and the areas around them would help be more certain.

It looks like the front bars have turned with the wheel. Is it front and rear steer? It's also interesting that it's got a single brake lever at the front. Disabling one brake on a tandem seems a bad decision, or does the lever operate both (or have I missed something)?

It's a curiosity, but I don't see it being a worthwhile restoration project given the way the modifications affect the safety.

better late than......I'm no help on your bike, previous poster seems right on...But I did have a rear steer tandem back in 1960. It was old then, so I would assume it from the 40's. sprockets on both steerer tubes, with a small amount of standard bike chain interfacing with cable running between the two forming a loop. It functioned very well. I could ride solo from the rear, down some sweeping curves, as I recall. Never seen another in my 20 years in the bike business, Potter