I’m a total amateur when it comes to biking... I recently purchased a new Bergamont Summerville N7 and took it out today for the first time longer than an hour (I’ve had it a week and been to the shops twice with no issues)

However today about 40 mins in the back wheel became incredibly stiff. When I looked I noticed the wheel had shifted position and the tyre was rubbing against the kickstand.

After further investigation it was obvious that the left ‘bolt’ attaching the wheel to the frame was loosening no matter how tightly I fixed it. One of the ‘washers’ is different to the other (which is the one causing an issue)

The one causing an issue also seems to be shearing into the frame itself... I have pics but for some reason this won’t let me upload the images.

Any help would be greatly appreciated before I email the store I purchased from. 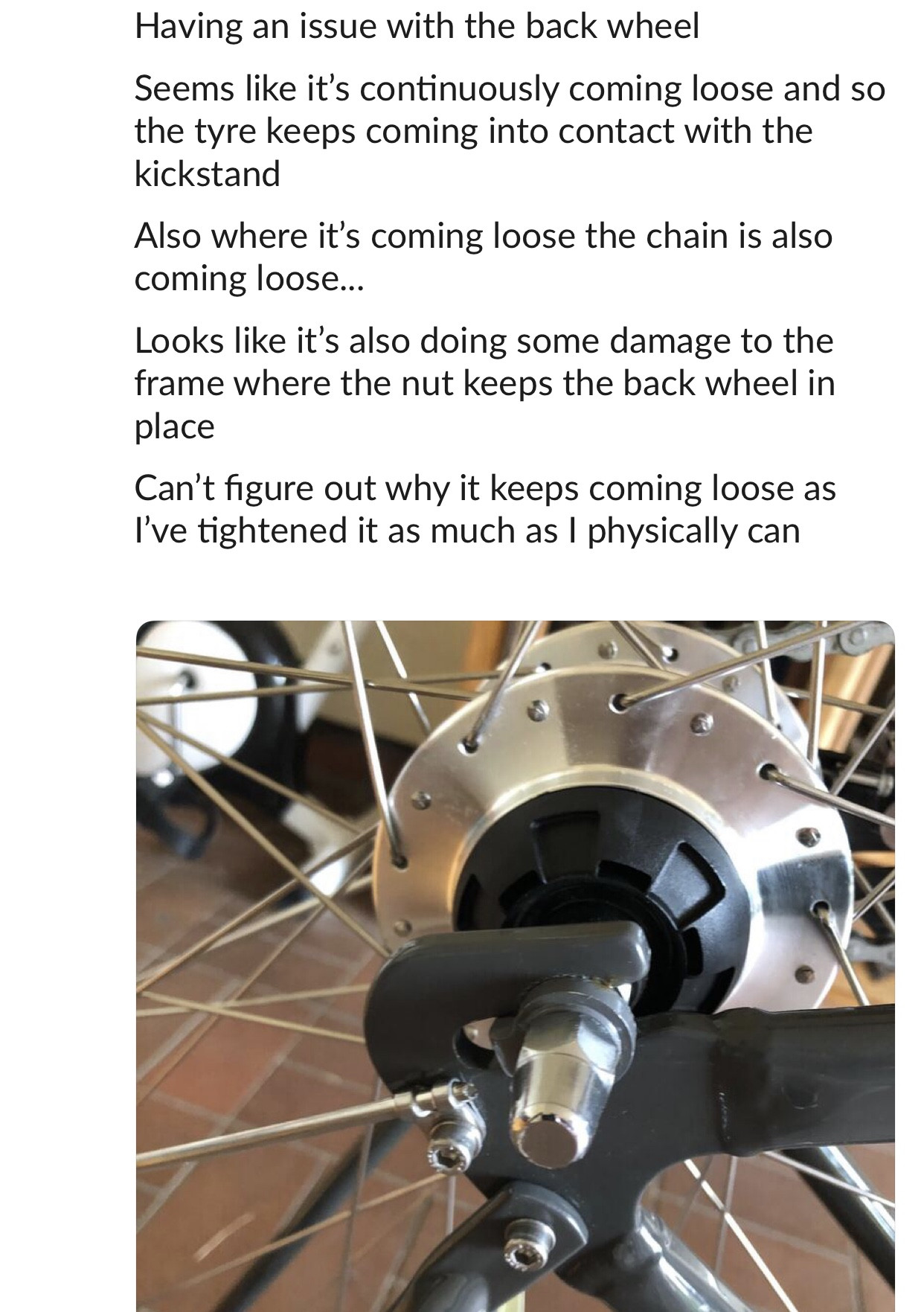 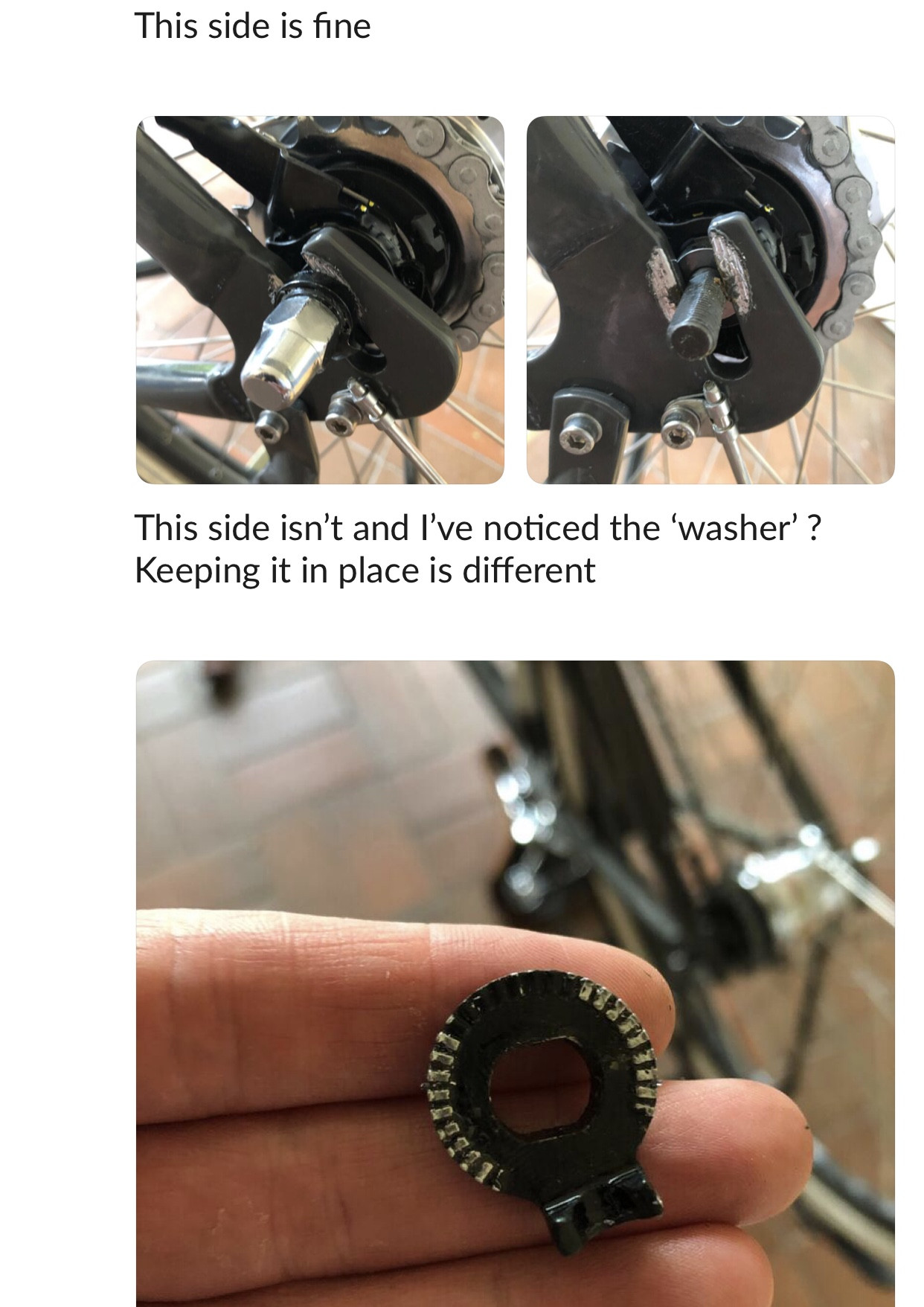 Yes, the washers must be different. Your bike is equipped with the Shimano Nexus hub. You can find information about the washers here:

The part that is shearing into the frame should actually be in the front, inside the slot, not on the frame.

Actually, they are both facing wrongly the front-rear.

I suspect that the hub bearings are wonky and are causing the axle to twist. This will tend to unscrew the right side fixing bolt.

Not the answer you're looking for? Browse other questions tagged tire chain rear-wheel kickstand or ask your own question.

6
Dismounting/mounting the back wheel on a “Eurobike”
6
Rear hub repeatedly coming loose
0
Feeling of friction on back wheel. Wheel nuts on too tight?
1
Back wheel is “wobbling”
1
Back wheel moving to left side
5
Back wheel suddenly started “wiggling”
3
Derailleur and back wheel alignment issues
1
Squelching noise from back wheel
3
Sound coming from back wheel