how to remove broken grommet from recumbent seat (without damaging mesh)?

I have a 25-year-old SWB mesh-seat recumbent that still works quite well, but

One thing I'd like to replace is its seat, but for now I'll settle for replacing its broken grommets, mostly to prevent further damage to the seat. The broken grommets are currently all on the left side (facing) of the upper part of the seat: 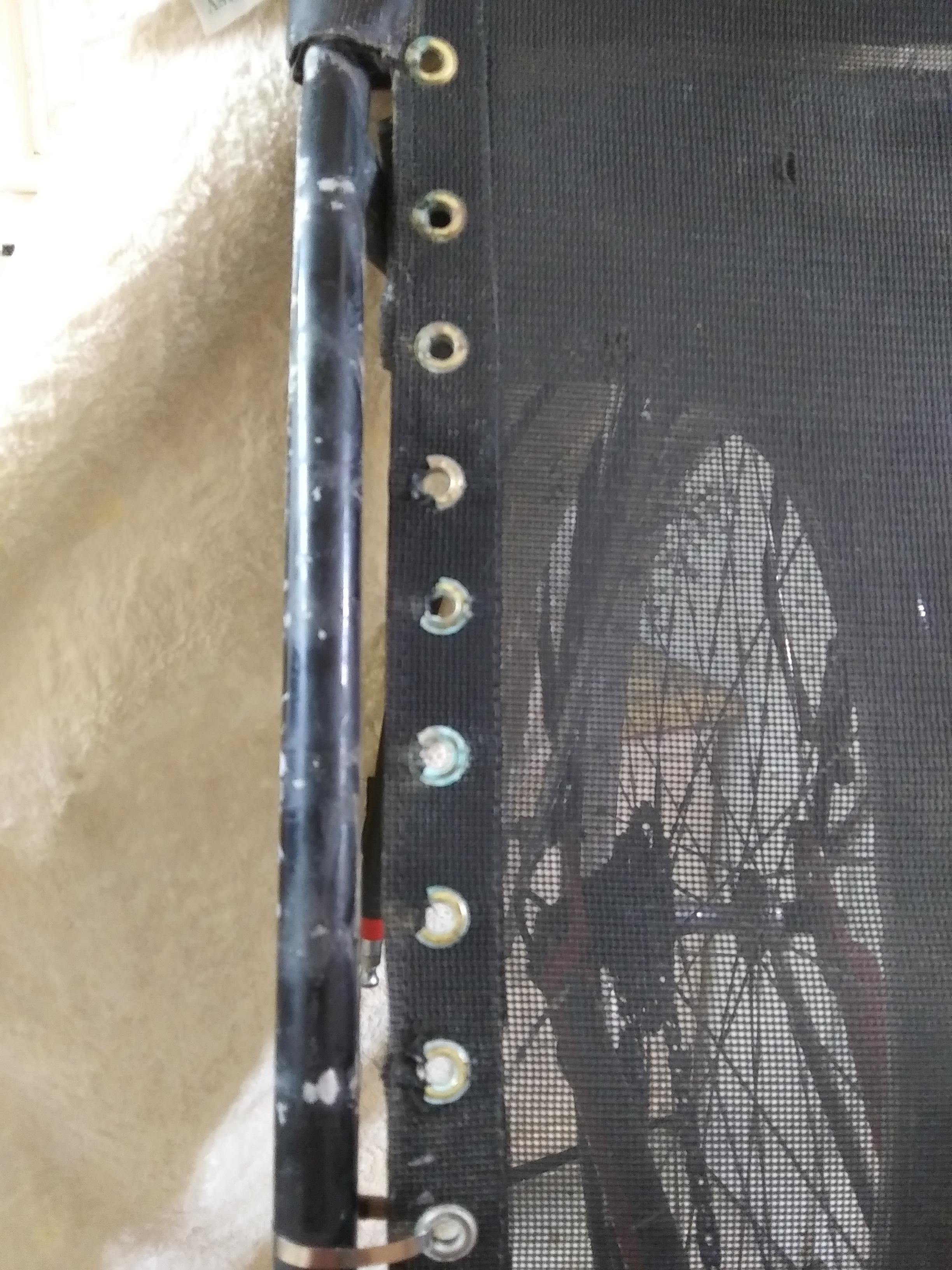 (Note also that the rear/underside of the grommets are also broken similarly.) Here's a detail of 2:

Note also that I do not want to cut new holes (which I also know how to do) if there is any way to remove the old grommets.

Some things I have tried and rejected:

After looking at half dozen videos the easiest means seems to be a Dremel or highspeed die grinder. Using a small diameter stone or steel burr make repeated passes around the inside of the grommet hole. Take care to not let the grommet to get hot enough to melt or burn the fabric. It is not necessary to grind all the way through, just remove enough material weaken the crimp. 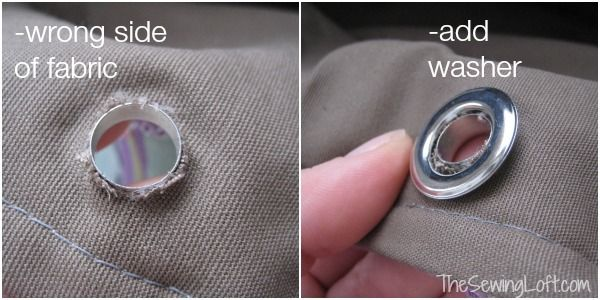 If you could un-deform the inner ring so that it can fit back through the washer then both parts should simply pop off.

I'd suggest using either a sharpened flat screwdriver to push under the lip, and then lever it back, or use a triangular file to weaken the metal and work them apart. I'd worry that the heat of a power tool might damage the fabric. There's the possibility that glue or adhesive was used too.

Not the answer you're looking for? Browse other questions tagged repair recumbent or ask your own question.

4
How to remove broken bolt in Chain Tug?
14
How do you lock your recumbent?
5
Replacing a chainring - what did I do wrong?
35
How to keep my testicles from freezing on a recumbent
6
What are the benefits and drawbacks of different recumbent seat styles?
8
How to fix ripped out ball joint in indirect under seat steering recumbent
2
Are coarse 3D mesh seat pads effective at keeping your butt cool on a recumbent?
1
Help me find model of recumbent bike?
0
Improving turning radius on an under-seat steering recumbent?