How old is this Kenlight bike?

Kenlight Mountain bike that has Kenlight decals and a red white and blue metal Kenlight badge on the head tube. I was told it was may be from the 1980's. 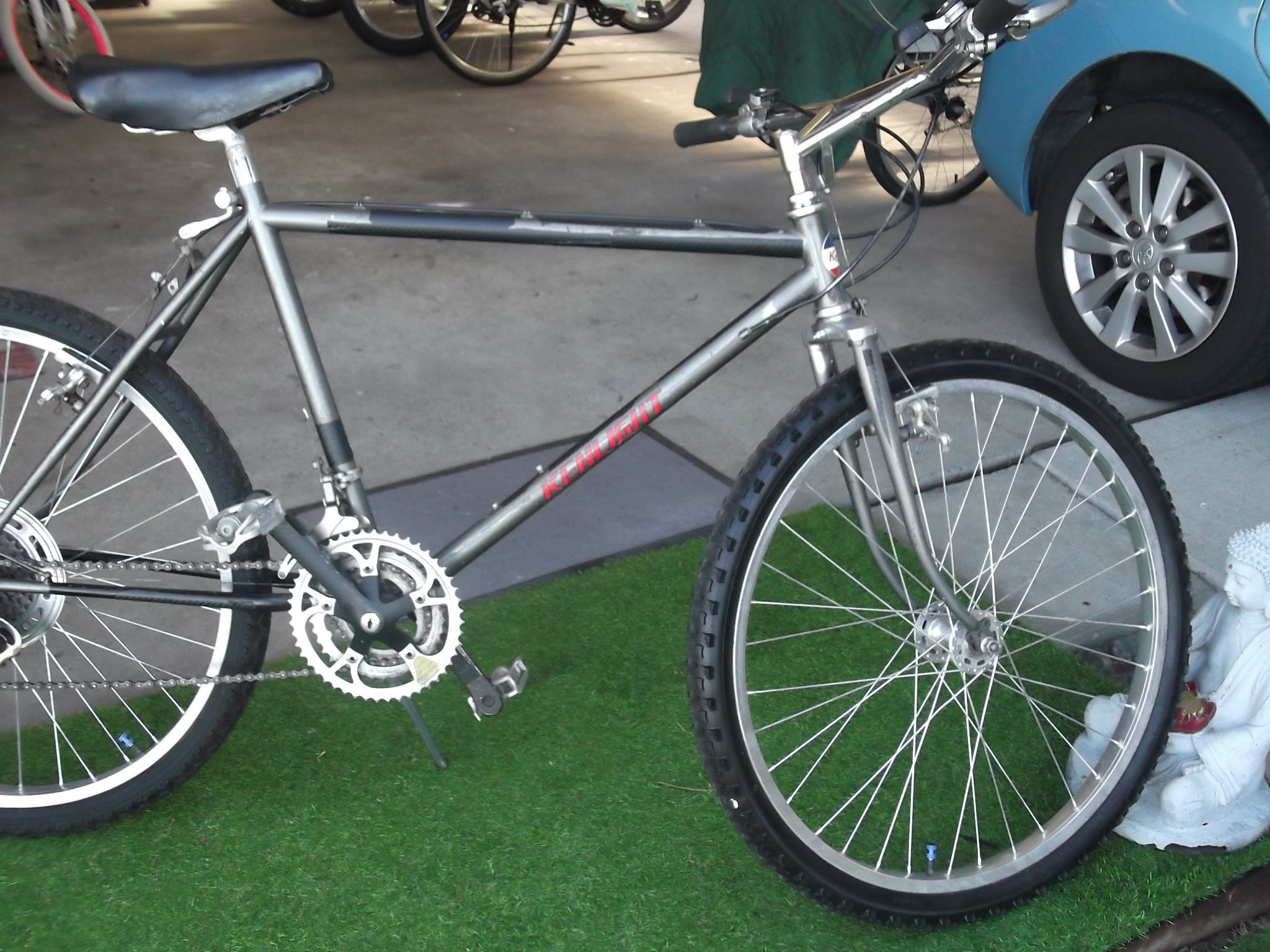 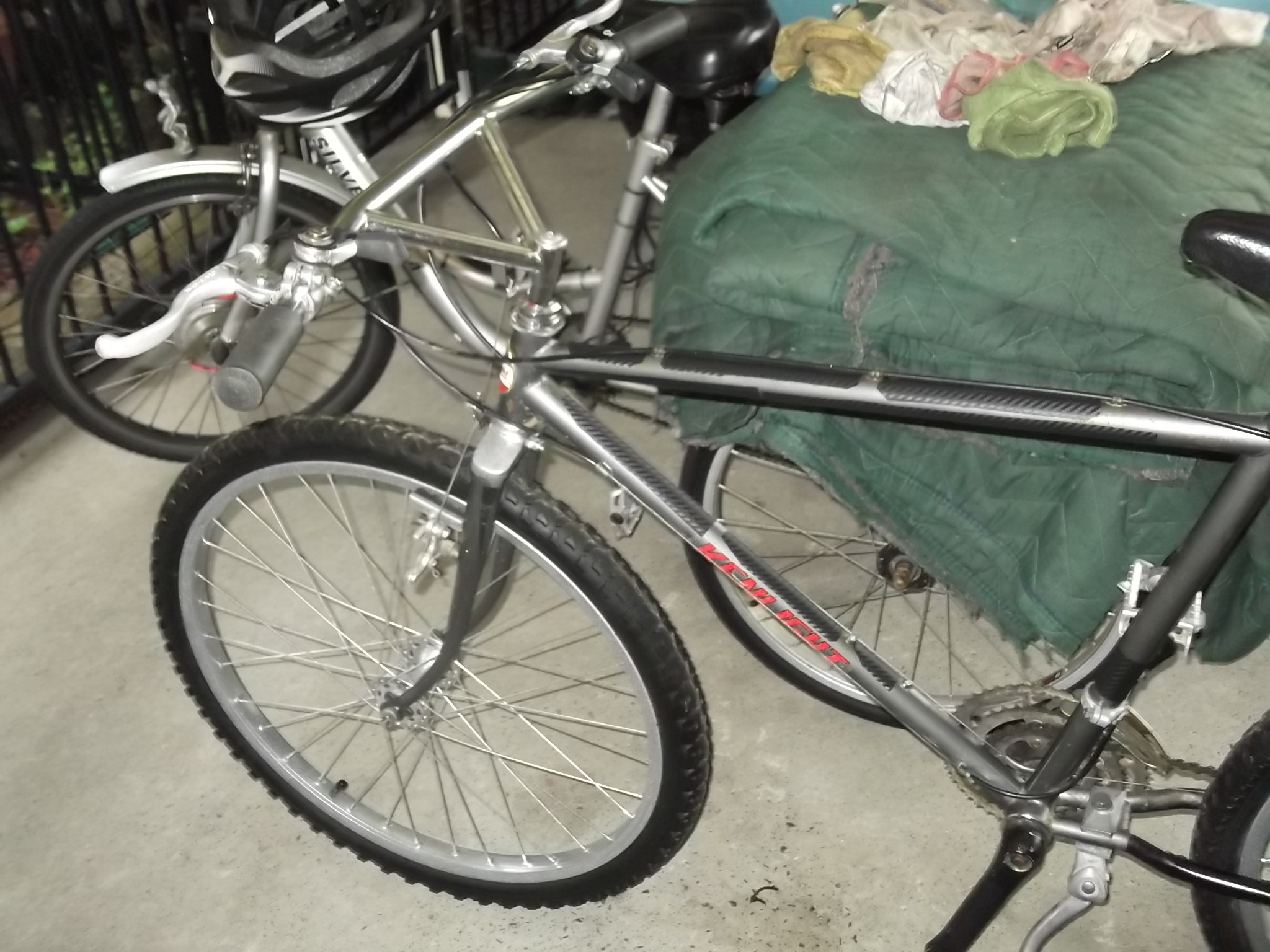 mountain-bike identify-this-bike
share | improve this question | |
edited May 18 at 13:51

Early 90s would be my guess. Do note that a 30+ years old bike and could have had a series of changes over time.

The steel spoke protector grabs my attention - they were a feature of 80s or earlier bikes. Later ones were plastic.

The head tube is quite short - that has only been possible since the 90s and is still not that common.

The handlebars are neat - the top brace looks like BMX designs, and also brings an 80's style.

The bike looks like its a ROPA - ridden minimally and then put away for years. So check the tyres and brake pads for hardening or oxidation, and replace if required. There's some rust on the handbars, which is getting under the chrome. This can be wire-wheeled off and then treated with rust inhibitor, then painted. Generally the mirror chrome effect is damaged - personally I remove it completely before treating and painting.

Your original message referenced "ken light" but the painted decal shows "kenlight" without a space, and that appears to be an Australian bike company who made road bikes and BMXs as well. Started in 1972, it appears to now be based in Taiwan as the "kenlight trading corp" 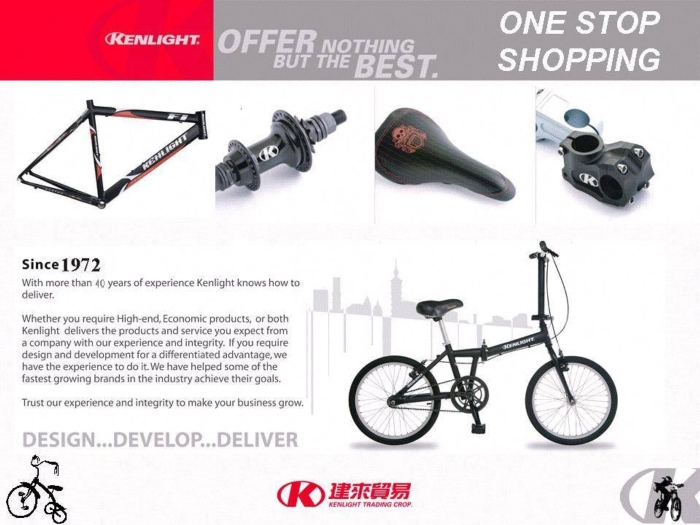 7
What make/brand is this bike marked “Challenger” and “Resistance”?
2
Serial number & Head badge issues
0
Redline BMX or is it Redline decals on something else?
4
Need help identifying a bike
1
Phillips brand c1950? Please help me identify this awesome old frame!
0
Can Anyone Help Identify this Bike?
14
Identify old bicycle w/locking steering column?
1
Help Me Identify My Bike Serial No. : HZ100202418