I have just mounted a set of latex tubes to try it out - inside a set of s-work turbo cotton 26 mm on a regular roady.

You notice the difference immediately. The feel is just very different. In front of my first longer ride tomorrow, I would like to get opinions on the air pressure. From what I can glean in this and other forums, there seems to be some confusion or different opinions in regards to pressure in comparison with butyl tubes:

I would love to get some opinions on this. Perhaps some trustworthy sites with recommendations for tire pressure.

innertube tire-pressure
Share
Improve this question
edited May 29 '20 at 14:04

I would like to get opinions on the air pressure. From what I can glean in this and other forums, there seems to be some confusion or different opinions in regards to pressure in comparison with butyl tubes: - higher: you can run latex tubes at a higher pressure since the comfort is better. +100psi. - the same: it all depends on your weight and preferences.

Summary
Yes, in an ideal world.
In the real world, depending on the roughness of the road surface, you may need to ride at a lower tire pressure to decrease rolling resistance. Sometimes a smoother ride has lower rolling resistance than a rougher ride.

Latex tubes provide less rolling resistance and therefore a smoother ride at a given tire pressure.

This means that a rider who is comfortable riding at a specific tire pressure on butyle tubes (say 90 psi) could switch to latex and increase tire pressure (to say 95 psi) gaining a reduction in rolling resistance and possibly maintain perceived ride smoothness (or roughness depending on how you look at it).
Note that in the data below illustrates that there is diminishing returns on increased tire pressure.

The Details
We can know that latex tubes have lower rolling resistance than other tube materials at a given tire pressure.
bicyclerollingresistance.com did a nice write up comparing different types of bicycle tubes including latex, butyle, light butyle and Tubolito tubes. 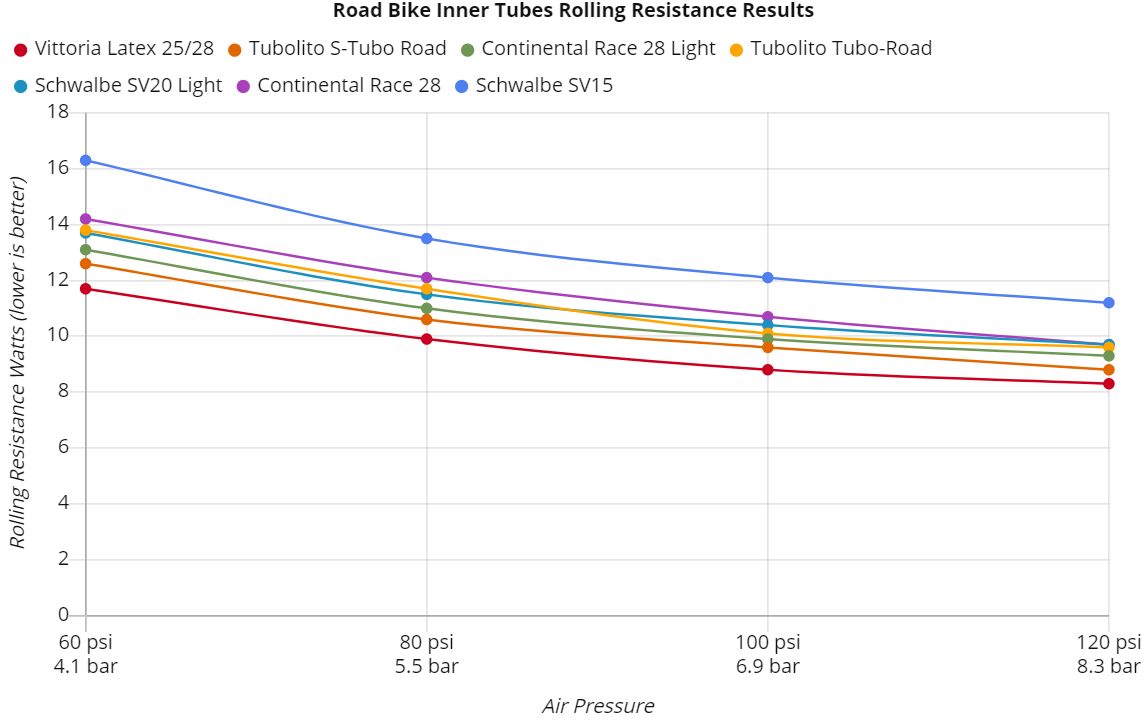 Here are the numbers:

Latex has the lowest rolling resistance at a given pressure because latex is more flexible than either butyle or Tubolito.
This flexibility translates into a smoother ride.

It's almost always about trading off one thing for another.

There is more than just rolling resistance and comfort in the list of things people sometimes care about in a tube (assuming you have tubes at all). Here's what we might be concerned about in a tube - no particular order:

Another way to reduce rolling resistance and gain comfort might be to use a fatter tire. 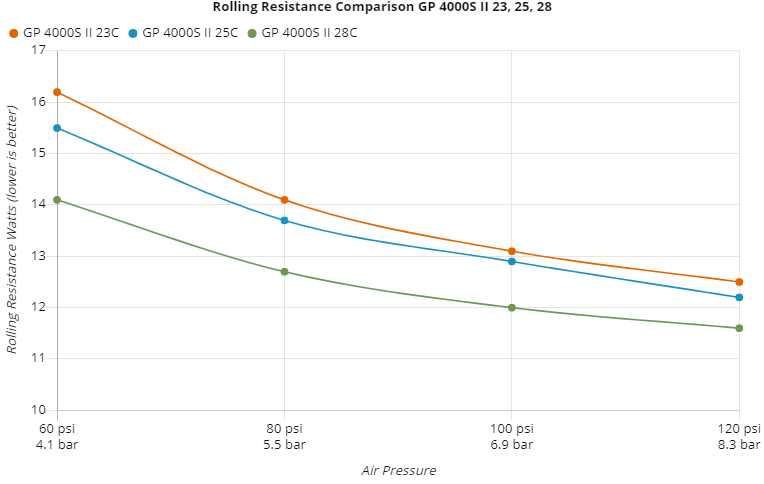 But then you gain weight

EDIT: There is some great information in the comments that should be included in the answer.

The tests above were done in a lab and don't measure real world rolling resistance - unless you are riding on a very smooth road.

Using roller data from Al Morrison and on-road data from Tom Anhalt, you can see a clear breakpoint in the graph where rolling resistance appears to increase sharply (around 115psi – and note that this was a relatively smooth road). Rougher roads result in a breakpoint at significantly lower pressures.

Silca calls these losses beyond the tires’ ability “impedance losses”. While it shows up on the Crr graph as more resistance (i.e. requiring more power from the rider to maintain speed) – the cause is not the tires themselves – but the energy that is lost as your bike and body get tossed and shaken around.
From slowtwitch.com, Tire Pressure and Rolling Resistance

The point at which increased tire pressure begins to increase rolling resistance depends on how rough the road is.
According to the article above, on a smooth road that point is around 115 PSI for a 25c tire.
This roughly agrees with the lab tests at the top of the article. 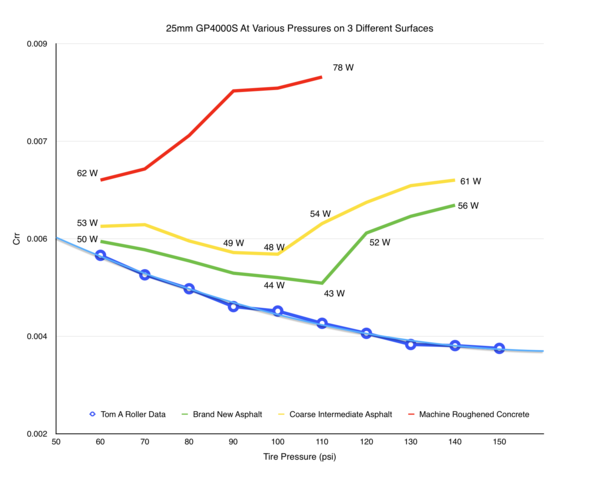 From the blog Silca, Rolling Resistance and Impedance

Based on this chart here are some observations:

Depending on rider weight, riding a 25c tire on a rough road at 70 psi is likely to damage tires, tubes and rims.
Lower pressures are safer with wider tires.

I don't think your pressure should change based on tube material.

There are different schools of thought on what the "right" pressure is, regardless of tube material:

What ever pressure you find optimal with butyl tubes, use with latex. That's the best rule. There is no need to increase the pressure. You should check the pressure before every ride, as latex is porous and your tires will slowly deflate. That is about the only drawback to latex tubes. they are superior in every other way.

Not the answer you're looking for? Browse other questions tagged innertube tire-pressure or ask your own question.