Are there any aftermarket fenders that only span from the chainstay to the seatstay? I don't trust the rigidity of full-length mudguards beyond the chainstay and this is only to minimize contamination towards my front derailleur. I would prefer it if there's no cutting/bodging involved.

hybrid-bike touring-bikes fenders protection 650b
Share
Improve this question
asked May 30 '20 at 3:29

Not a great answer, but I did something like this on my old MTB. 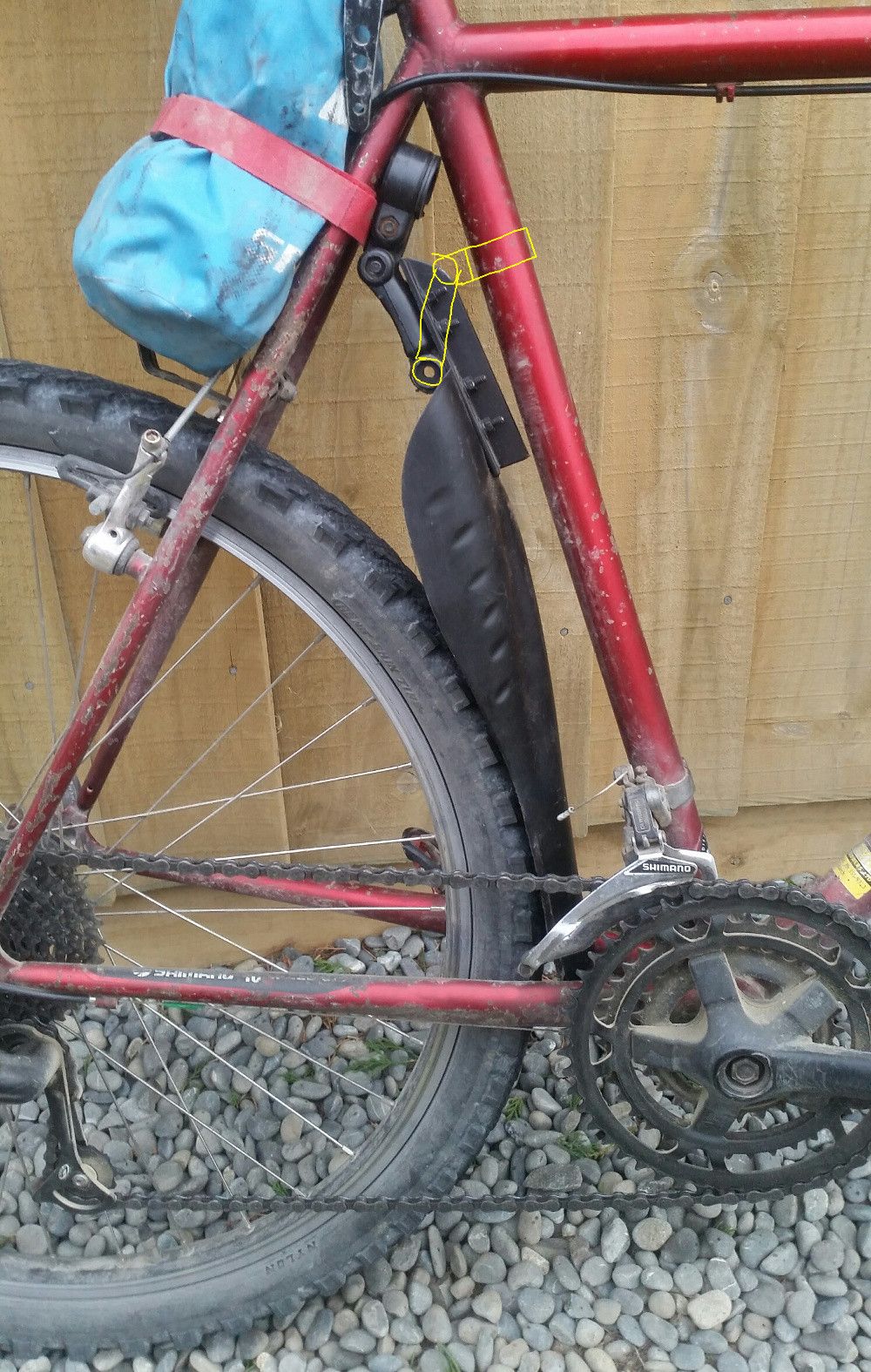 This isn't a good photo because the mudguard broke (for other reasons) and when I repaired it, the linkages no longer move the same way.

At the bottom, the tip is wedged into the triangle space formed by the kickstand bracket and the two chainstays. It is not going anywhere.

On the plus side, these mudguards are cheap and common. But they tend to get brittle and snap.

There's plenty of clearance, its a bit harder to see in the first photo so here's a downward shot. 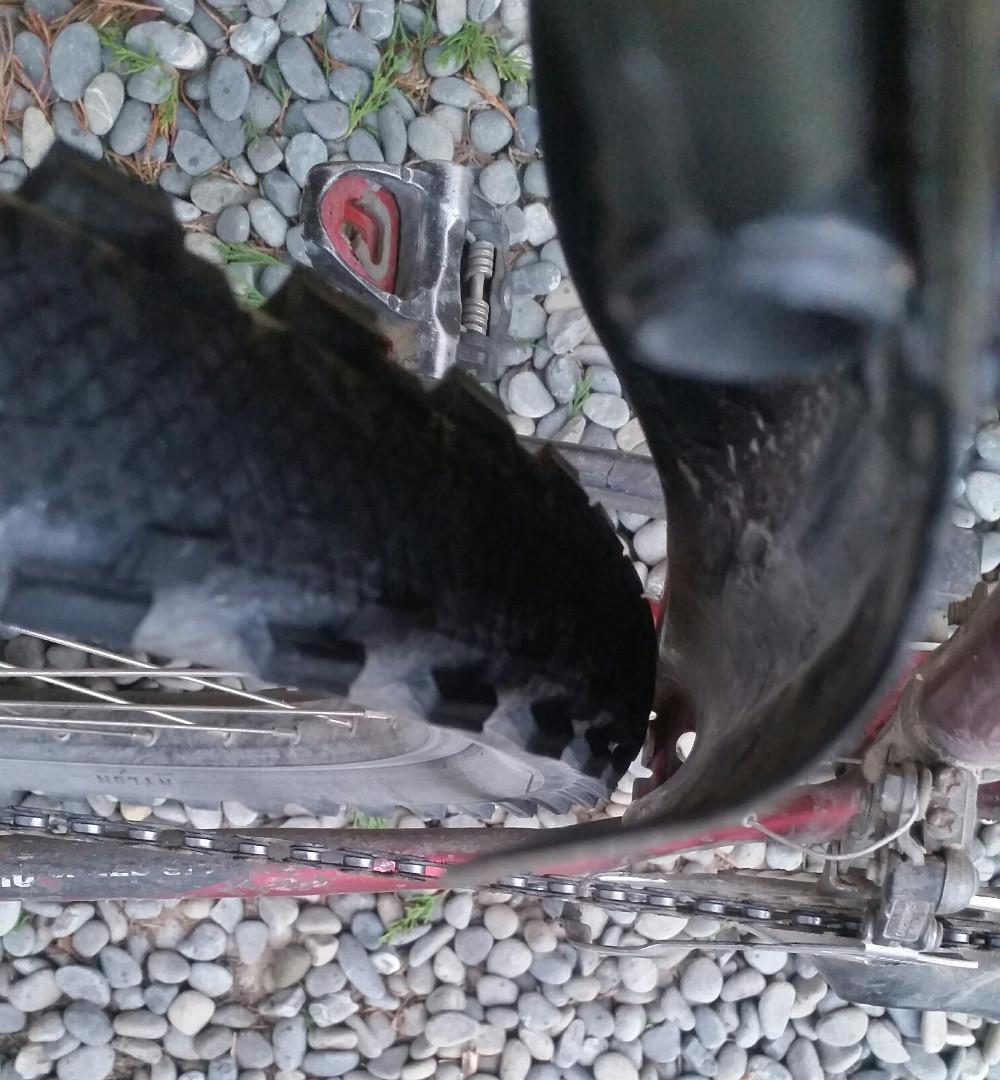 Why did I do this? Back then I had a rear parcel rack fitted, which was lined with a sheet of stiff plastic that extended backward quite a distance. The only part not covered was where the canti brakes are, and the rack was lower enough so this wasn't a problem.

Not the answer you're looking for? Browse other questions tagged hybrid-bike touring-bikes fenders protection 650b or ask your own question.

5
Do mudguards/fenders help? If so, what are the best for a fixie commuter?
2
How to select the fenders for my bike
1
full fenders on a track bike
14
What are the risks of fenders/mudguards?
8
How should I adjust fenders/mudguards that catch on the tires?
5
Are there any clip-on fenders that provide as full coverage as bolt-on fenders?
0
Dimensions of a hybrid clip on cycle fenders
2
Is it possible to fit full coverage fenders on a road bicycle with V-brakes?
2
Does fitting mudguards / fenders improve aerodynamics?
1
Crankarm hitting frame - BB-R60 with GRX 1x11 Hybrid - Gravel conversion