...or tell me anything you can say definitely about this particular depicted old African bicycle: 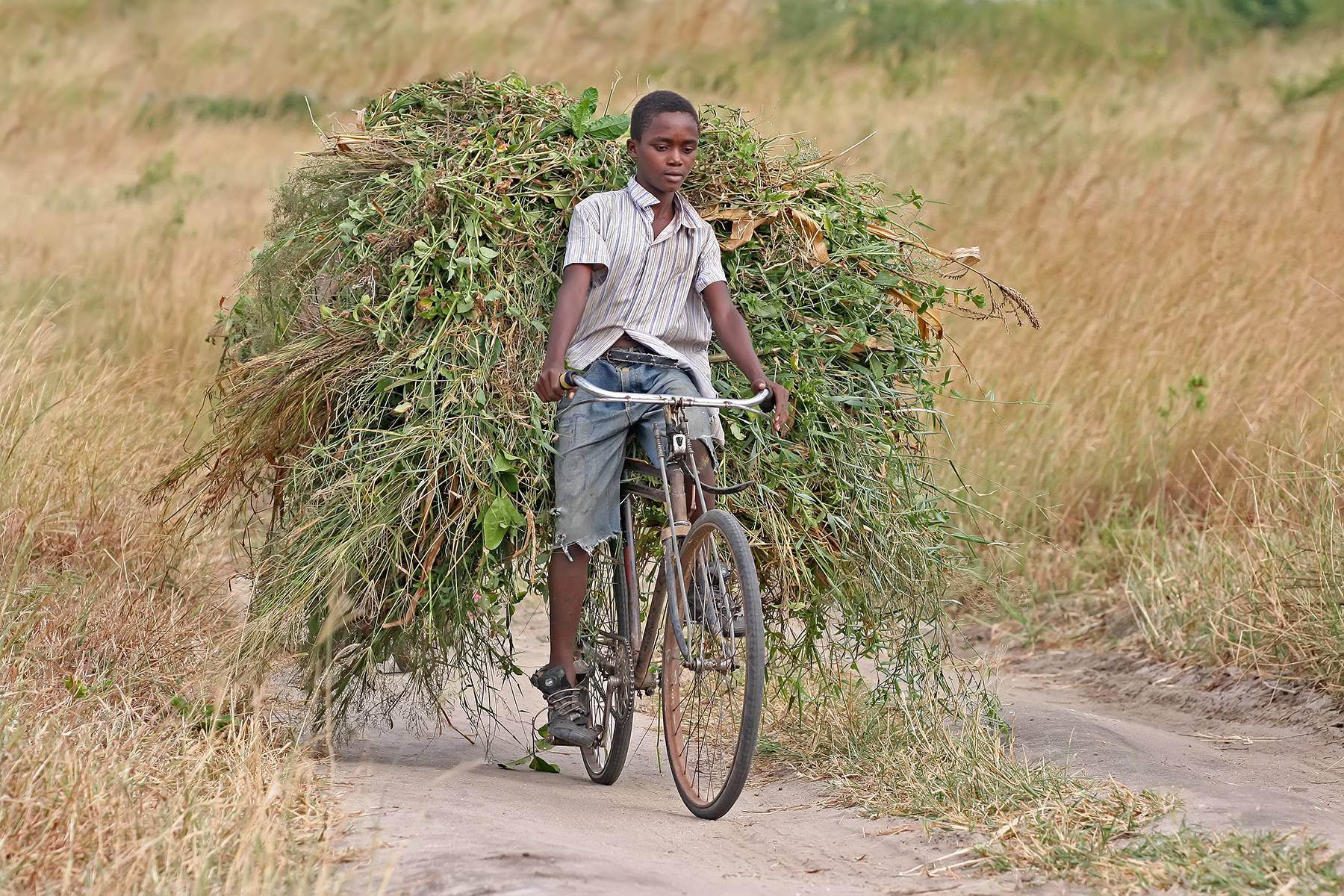 The purpose of this question (my personal reason for asking) is to gather as much details and information about this particular image / bike for the story that I am writing. Where this picture / African boy / African bike is one of the 3rd level elements.

I would like to learn virtually anything about it that I can learn (and add to my story) or that you can provide with any level of certainty. I.e.:

This might sound weird, but virtually anything, you can provide will be valuable for me. Because right now (and based only on uploaded file's name) I can only say that this is a bike ridden somewhere in Africa. Not enough, as for my story.

Validated that this question is on-topic.

Let's list what we can see in the photo:

We can't really see the back of the bike, but it looks like a single speed, with no gearing. There has to be some kind of parcel rack back there to keep the load out of the rear wheel too.

The rear tyre looks positively recent compared with the front, there's a reflective sidewall, and the tread pattern looks quite different. Also the rear tyre looks wider than the front. The rear rim looks like the dull grey of aluminium, compared to the rusty look of the front rim which is likely steel. I think the entire rear wheel is off a newer bike.

Upshot its an old steel framed bike, dating from the 70s at the absolute latest. The rod brakes and zerg are features of pre-WW2 bikes. But its built like the proverbial brick outhouse, and has likely been ridden by multiple generations - I could see this kid's great-grandad riding that bike in 1930.

There are organisations and charities that collect bikes and repair, then transport the units to Africa for distribution. It's not impossible for this to be an Englishman's bike, which was donated, mechanically refurbished, and then shipped to Tanzania. For example: https://brightkidz.co.uk/initiatives/cycling/bikes-for-africa/

Additionally, Africa and India are two places where really old bike designs seem to still be made. While cottered cranks disappeared 40 years ago, it is possible that someone local is still making bikes and bike parts to those designs.

A google image search is unhelpful - this image has been used to illustrate many articles, and the texts don't generally relate to exactly this photo.

The wikipedia article gives a caption of "Tanzanian boy transporting fodder on his bicycle to feed his family cattle" You might try contacting the photographer via https://en.wikipedia.org/wiki/User:Muhammad_Mahdi_Karim and see what else he can tell you about his shot.

I found this list of bikes for sale in Tanzania, but none are particularly old: https://www.zoomtanzania.com/bicycles-cycling

For the purposes of your story, the brand and model don't matter at all.

The bike is a very common one used here in Tanzania. It's much cheaper than the multi gear mountain bikes.

Sorry, don't think there was anything special with the bike, unless of course you look at the young boy riding it and appreciate his hard work :)

Actually this style of bikes are still being made in China（you can still buy them new for RMB500, or 70USD). It is more of a niche product now but it was still a very common (in fact, the most generic style) utilitarian transportation in China until the very late 20th century (I remember my father bought one of this style around 2000). Remember there used to be a time when people wear suits and ride bikes to work, so sport style bikes may not be the best choice for them. I believe there are still plenty in use in China now.

Here is a picture from the above taobao listing. It's a 28 inch model made by Phoenix. This is actually a special model used by postmen of China Post with green paint job, cargo rack and rear two-leg stand. It is a true classic. I believe the design dates all the way back to the early 20th century when bikes were first imported to China form Japan. 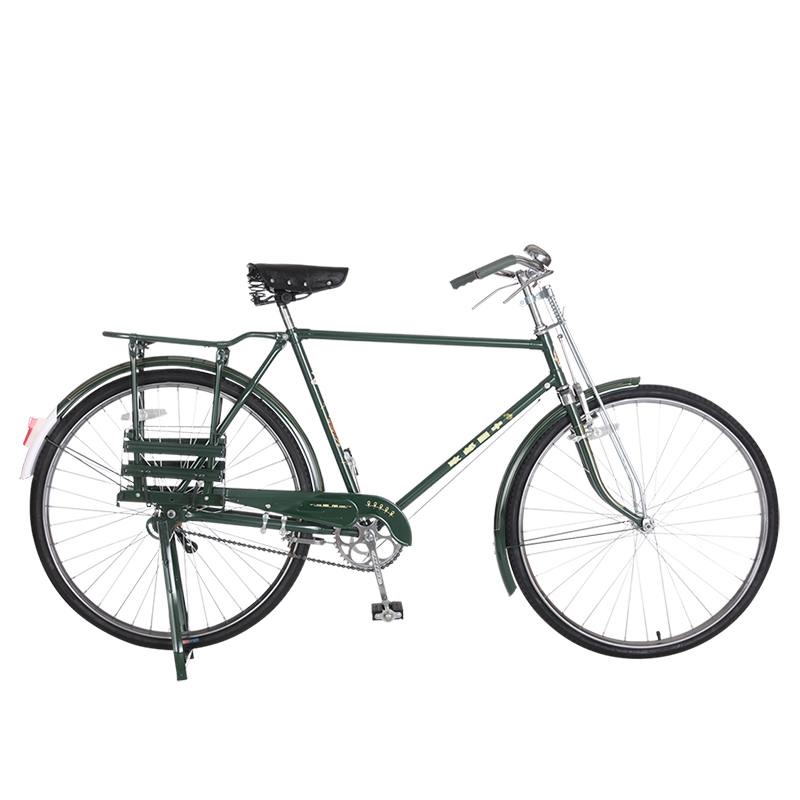 Considering China has been the largest producer of bikes for the larger half of past century, it is very likely this bike is a Chinese import.

Tube Investments of India make a very similar twin tube model, the Hercules Popular DTS DTT which currently retails in the Indian market for INR 4540 ($60 US). They do make contemporary designs as well for the urban and recreational biker crowd, but the old "black iron horse" models are widely used in rural areas, by tradesmen who have to sling bags of merchandise, tools etc., and by those who can't afford anything else. Those things are simple, easy to maintain and virtually indestructible. 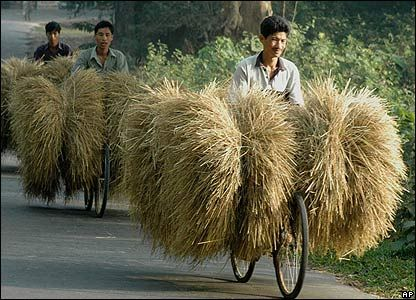