Adapter for a Shimano 7000 Crankset to BB30 Pressfit

OK. I am confused with all these BB standards. I'd appreciate it if someone points out the correct adapter for my Opus Allegro 4.0 with a bb86.5 monocoque running on a Tiagra 4600 groupset and FSA compact crankset (pressfit) to 105 7000 crankset (53/39T).

Apparently, the bottom bracket which will come with the groupset is SM-BBR60 which is a threaded BBR60 and won't fit anyway, so I thought I keep my current BBR30 pressfit and find an adapter for the crankset and then sell the SM-BBR60. I checked Park Tool guide, but they are just too many variations and namings. Living in Canada. 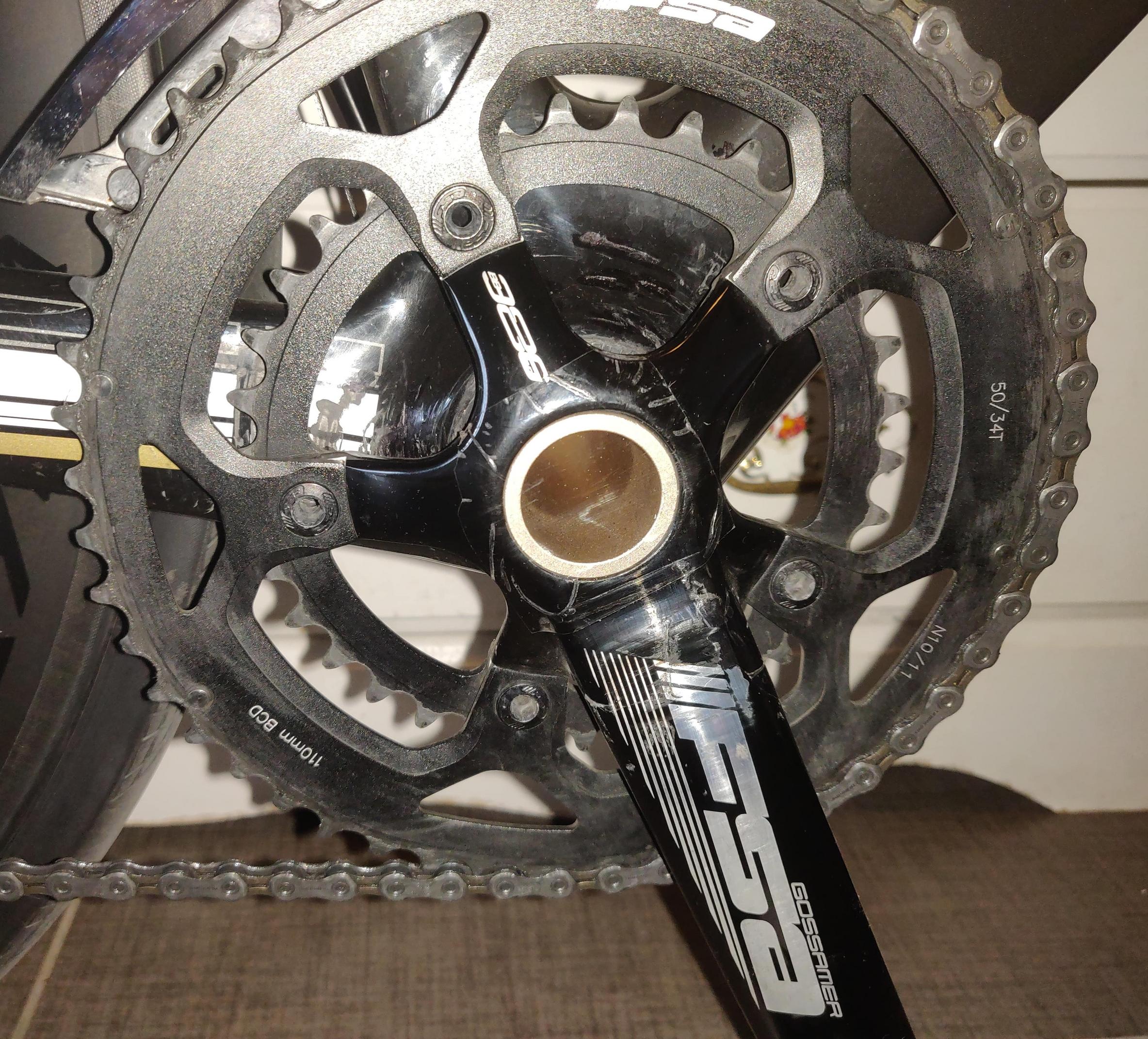 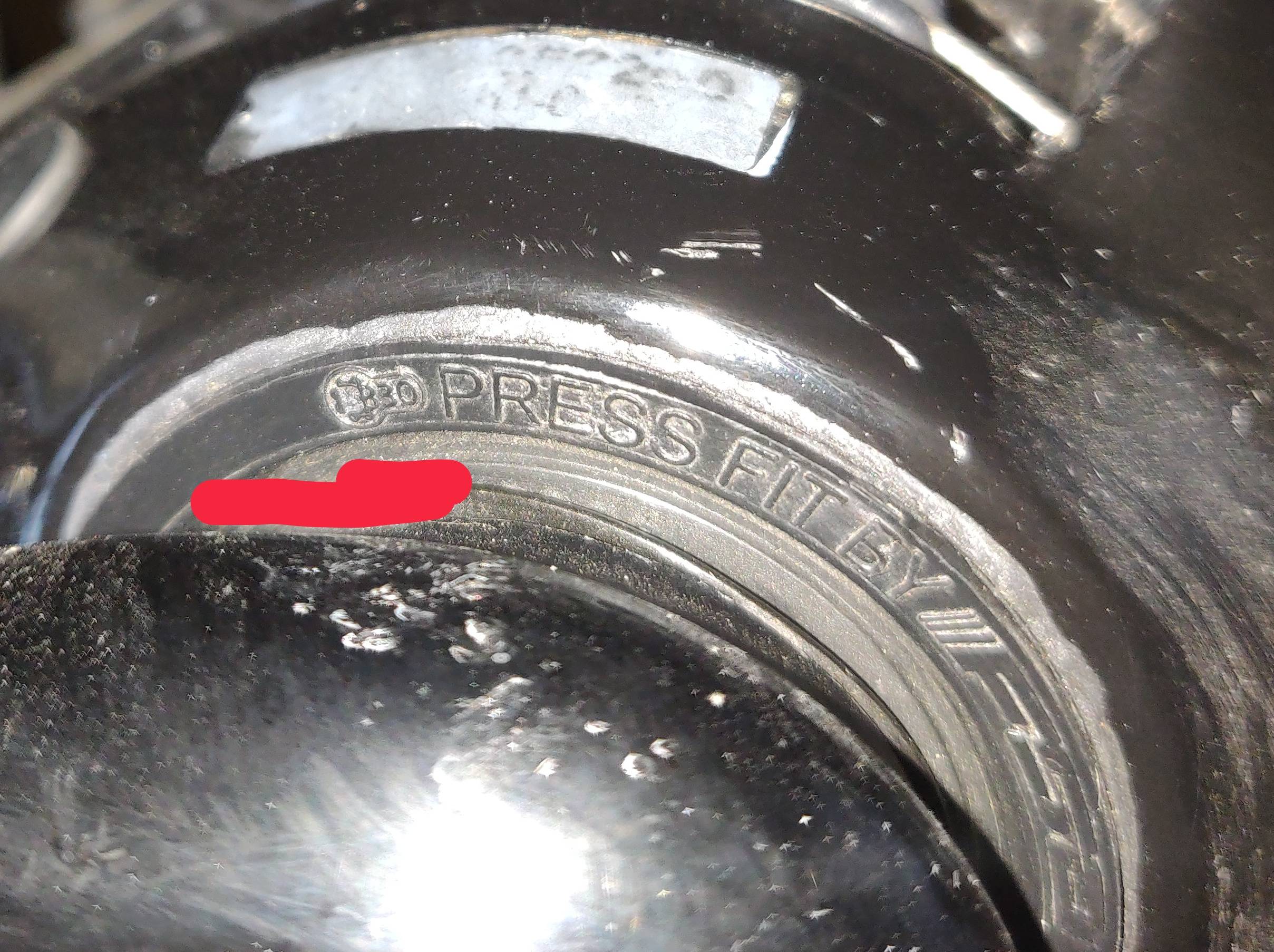 Whoever wrote their product specs was probably confused, because "BB86.5" isn't really a thing.

You have an FSA 386EVO crank. All the bikes in this series seem to have come with them.

You probably have a BB386EVO shell.

If not that, then it's probably a BB86 shell. This would require a fancy adapter bottom bracket to work with those cranks, which would be unusual for stock parts, so I doubt it's what you've got.

The internal diameter of BB386EVO is 46mm vs 41 for BB86. Pull your cranks and put a ruler or caliper up to the shell. 5mm is a pretty big difference so you should be able to figure out which you've got.

In the likely case it's a BB386EVO shell, a bunch of companies make adapter BBs for 24mm cranks for them. The thread-together type linked is nice because it adds a natural hedge against creaking, but they're pricier than some options. Cheap reducer adapter bushings exist too, which in my opinion are a compromise because they waste space that could have been used on bigger ball bearings, and add another set of surfaces that can creak. Those could adapt your existing BB to your R7000 though, in the event it still has life in it and you want a simple installation.

If it's BB86 you just need any Shimano press fit road bottom bracket.

Not the answer you're looking for? Browse other questions tagged crankset bottom-bracket conversion press-fit bb30 or ask your own question.