What and where is the weeping port on Shimano MTB brake levers?

I understand that when you overfill some models of Shimano hydraulic brakes with oil, the excess will flow out of a one-way valve called weeping port, but cannot find any technical documents, pictures or videos that point out where this valve actually is. I suspect it is the conspicuous, but rarely mentioned, cannon-resembling big round ending on top of many Shimano brake lever models, which I highlight in the picture below. 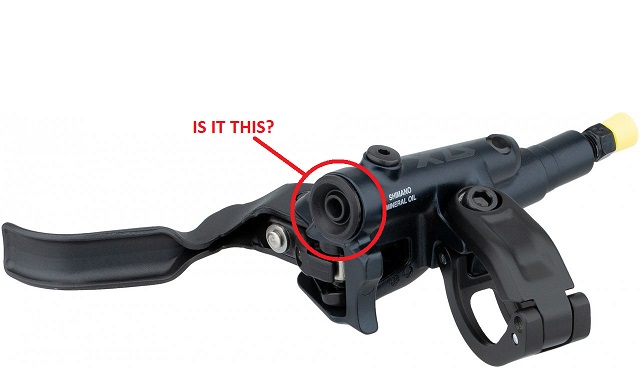 The reason I am asking is because when I pushed back my caliper pistons to install new brake pads today, a lot of oil suddenly squirted from this part of the lever. The lever became very soft of course, so I bled it and it felt fine, but the oil continued to seep (or, well, weep) slightly as I rode the bike later.

So, is this indeed the weeping port and how exactly should it operate? Does it just let the excess oil out after which the brake functions normally - as mine does so far, but with oil still flowing out very slightly - or should it be repaired?

From my understanding, that port is a pressure compensation port. When the oil level changes because of pad wear, temperature, or a leak, air will enter through that port to balance the reservoir’s pressure. The oil is kept sealed by the membrane, which you might have torn due to overfilling.

There’s a small port in the side of the master cylinder that connects the reservoir to the cylinder. When you actuate the lever, the piston travels past the port, allowing the system to build up pressure. When you release the lever, the port opens up again and does any necessary compensation. 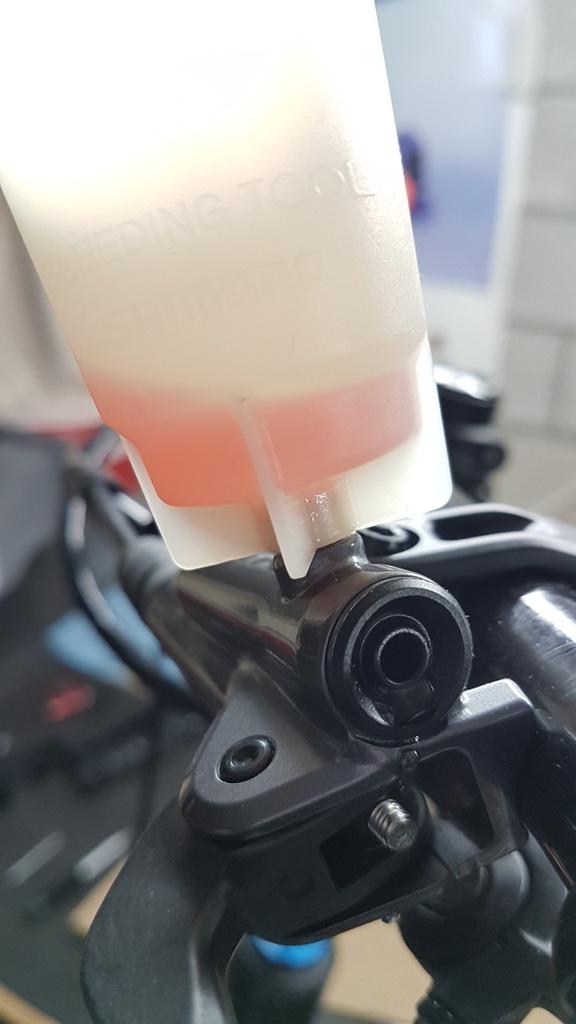 From my knowledge with MTB Brakes there should not be oil coming out anywhere, as braking relies on putting pressure into the lines.

Not the answer you're looking for? Browse other questions tagged maintenance hydraulic-disc-brake brake-levers brake-pads or ask your own question.