I have just received my new 105 7000 cranksets from a reputable seller in Aliexpress and I believe there are two broken teeth perhaps cause by mishandling of the shipment company or poor wrapping of the groupset components. Do these affect the performance of the shifting and do I have to bother sending these back?

Measured the rest of the teeth are around 5mm and these 2 are 4mm now. 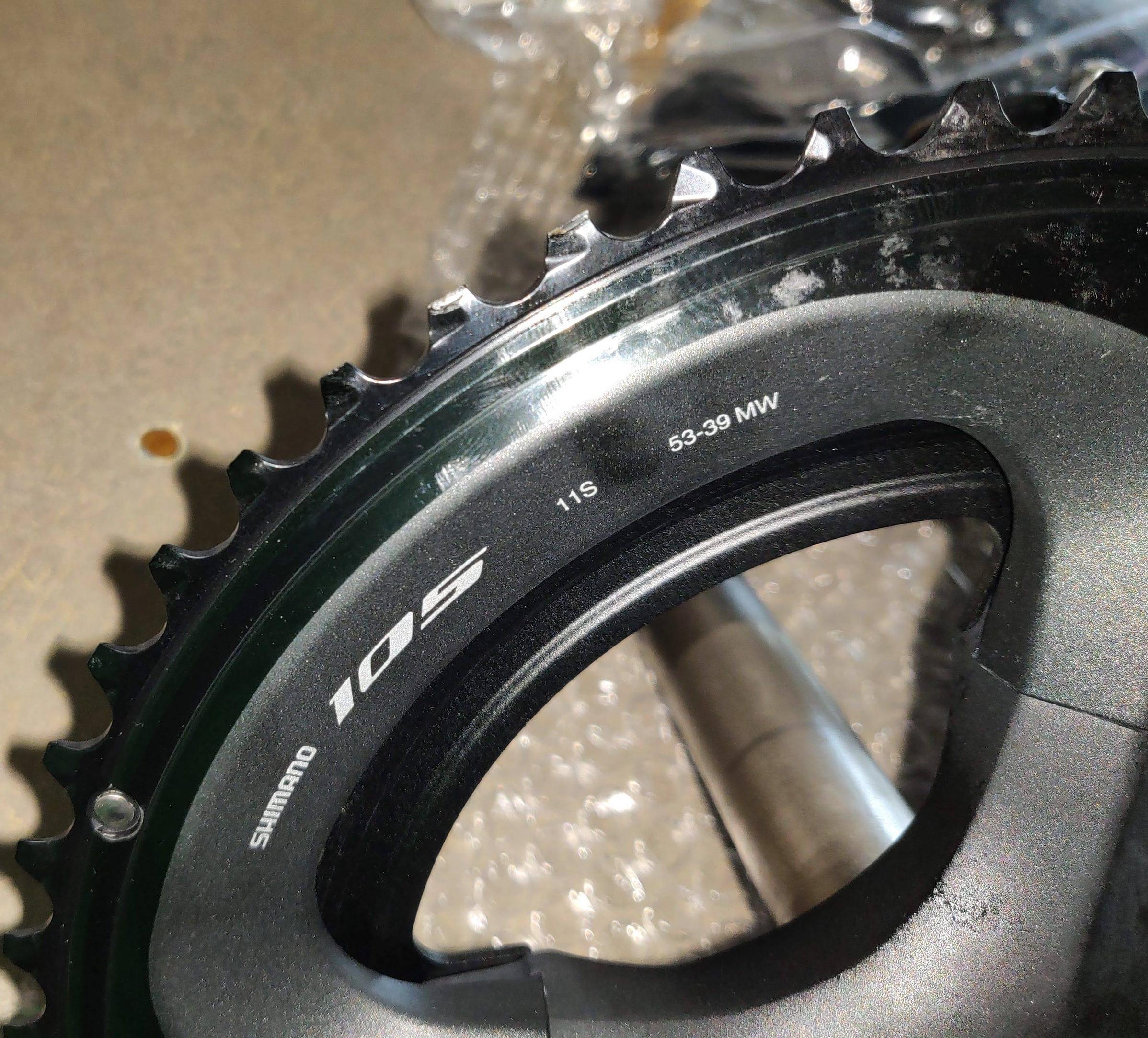 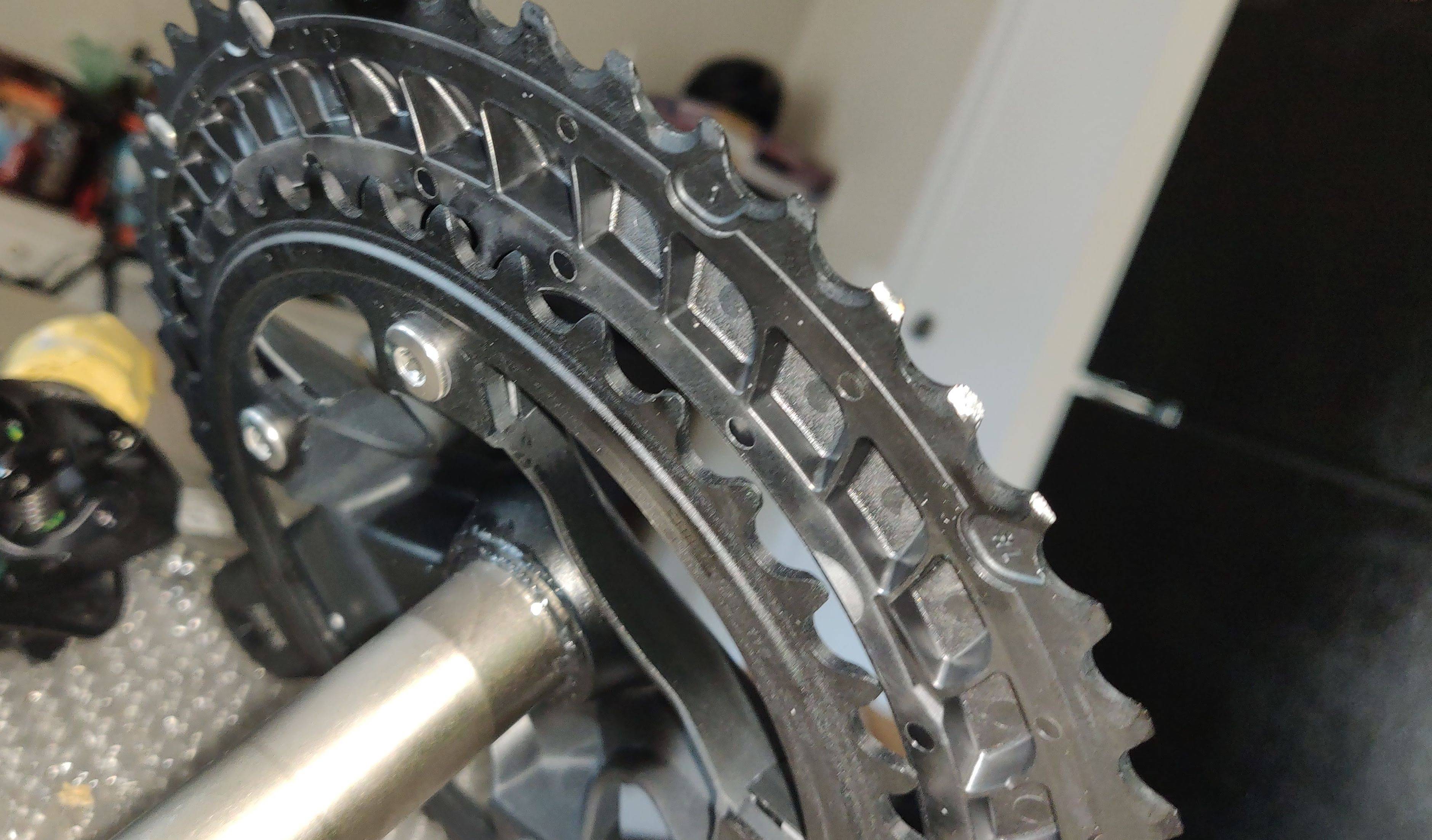 If it was mine and I damaged it riding, moving, storing etc. I would try to de-burr the edges and see how it shifted. In your case any modifications you make means you own it. Contact either the shipper or the vendor and forward the pictures to their claims dept. If you exhaust all avenues and are stuck with it, try repairing it then install it. If it works to your satisfaction monitor it for premature wear. If the shifting seems less than optimal replace just the large ring and it should work like new one.

I, too, had this problem this year when I purchased an O.E.M. CS-R7000 from a reputable eBay seller. OEM products are typically not sold with retail packaging and this was the case here. The cassette was wrapped in bubble wrap and newspaper, but the exterior package was a sort of beefed up manilla envelope and sent to me via US postal service. Upon it's arrival in the winter months, I installed it onto my wheel, which I hung on my shop wall as I continued work on my road bike (transitioning to Ultegra 11s). I didn't notice the damage at the install. It wasn't until several weeks later, when I happened to be sitting in a spot of the shop where I had a good lateral view of the wheel and it's cassette. I immeadiately noticed the bent tooth intruding into the space between cogs. Closer inspection revealed the broken tooth two cogs away (see photo). 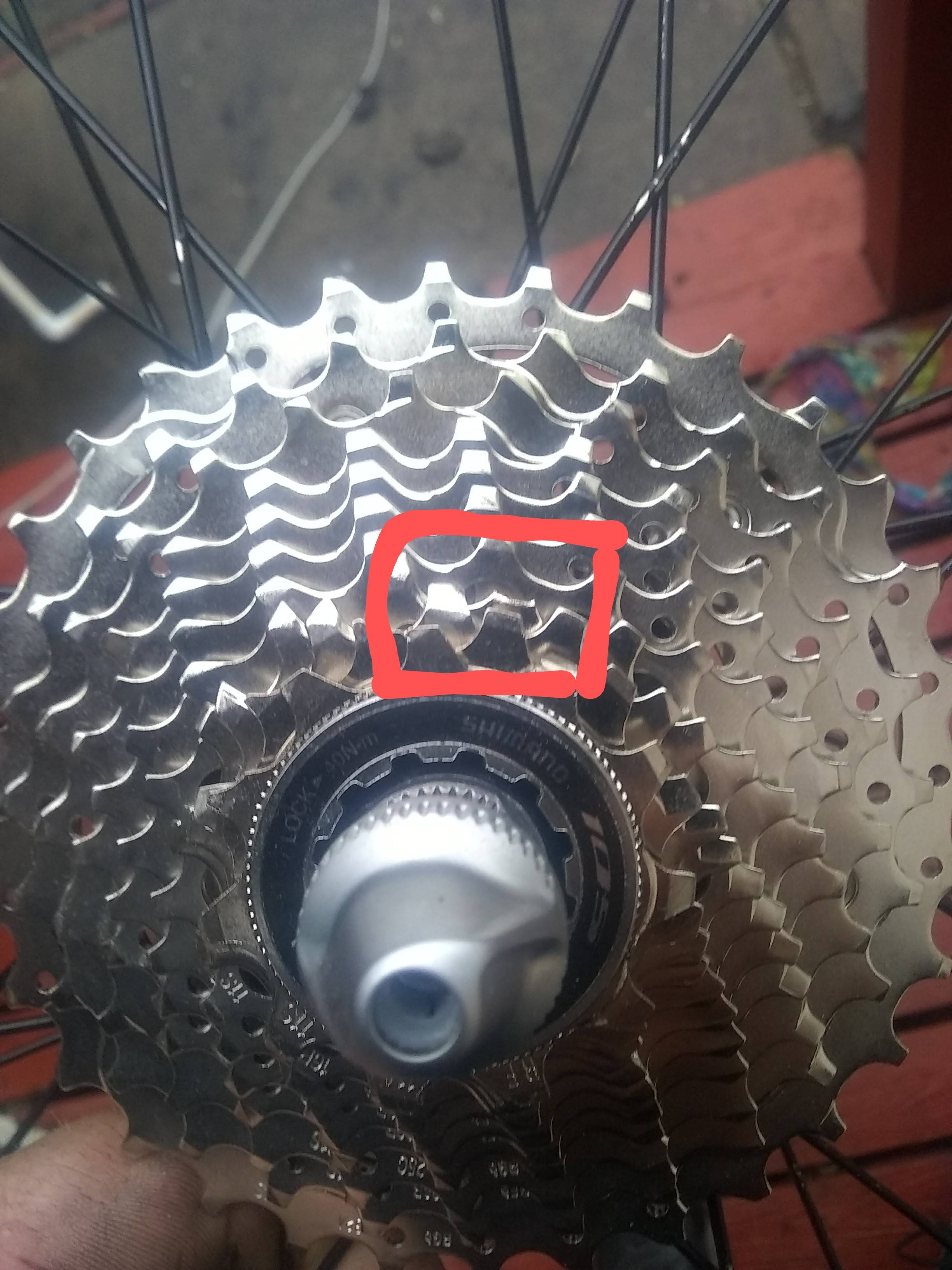 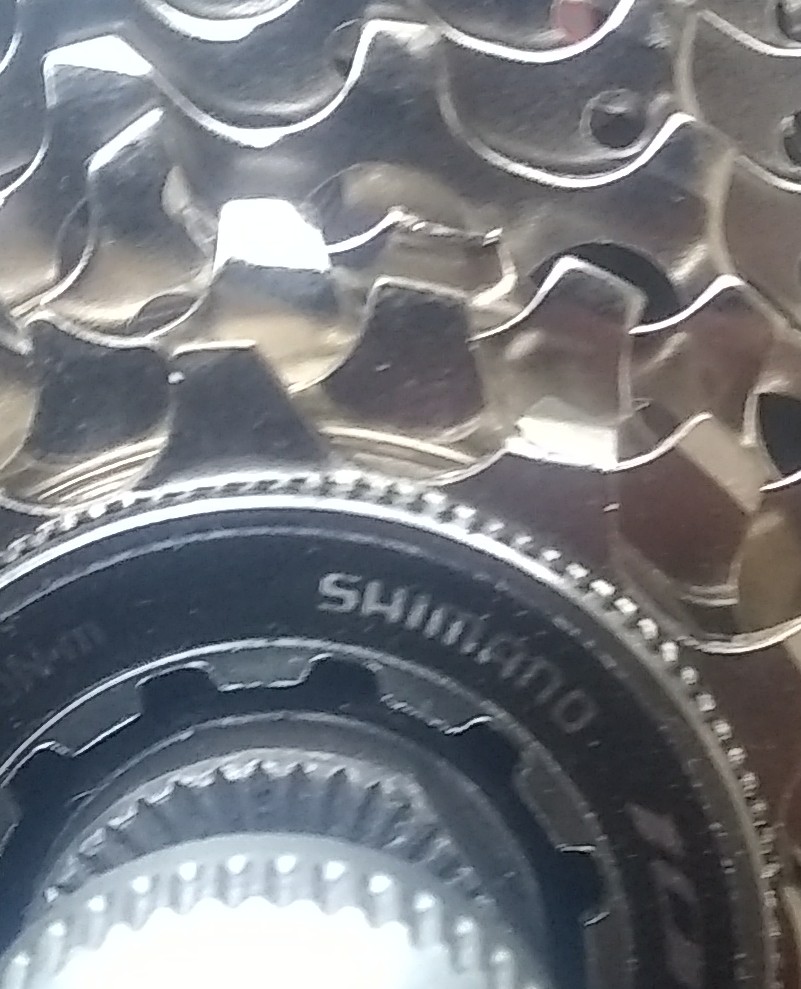 I contacted the seller explaining the situation, including that I couldn't be for certain that the damage didn't happen at my end, though I felt it fairly impossible as it simply hung on the wall after a normal installation. The 105 cassette cogs and spacers are all loose-- there are no rivets that hold the individual cogs and spacers together as one cassette. Thus, the seller and I worked out a deal that he would send me replacement cogs for the damaged ones and I would pay the small shipping fee.

Before installing the new cogs, I experimented on the bike stand with the damaged ones in place. The bent tooth I tried to straighten--which in this case means to reverse the abnormal bend while preserving the engineered angle at the tip of the tooth. The result was that the bent tooth caused a regular tick-tick-tick sound each time it engaged a chain link. It was fairly difficult to reverse the bend of the tooth and in the fourth or fifth attempt the metal yielded and the tooth snapped off completely exactly where it had been bent. The cog having the broken tooth was quiet but there was a hiccup in the chain movement on shifting to the next largest cog. I didn't notice an issue going down. Point is, the damaged teeth will have an effect on performance. My feeling is that you deserve compensation or replacement of the damaged cogs if not the entire cassette. The liability falls to the shipper (seller) in such cases, and they can take it up with the shipping service if they choose.

well, if shifting from smaller to bigger chainring happens on these broken teeth I guess there is a chance of chain slip (though most probably it will just go to next teeth)

Not the answer you're looking for? Browse other questions tagged shimano crankset groupsets or ask your own question.