So, I have the Shimano shifter, depicted below that selects from the 7 rear-wheel sprockets.

To my surprise it no longer reaches highest nor lowest gear.

At first I thought the cable could have lost tension, but that is not the case. Also, if it were the case, I would expect it not to reach lowest, but easily reach highest.

What is going on with a shifter if it can't reach the extreme positions anymore? It used to work just fine. 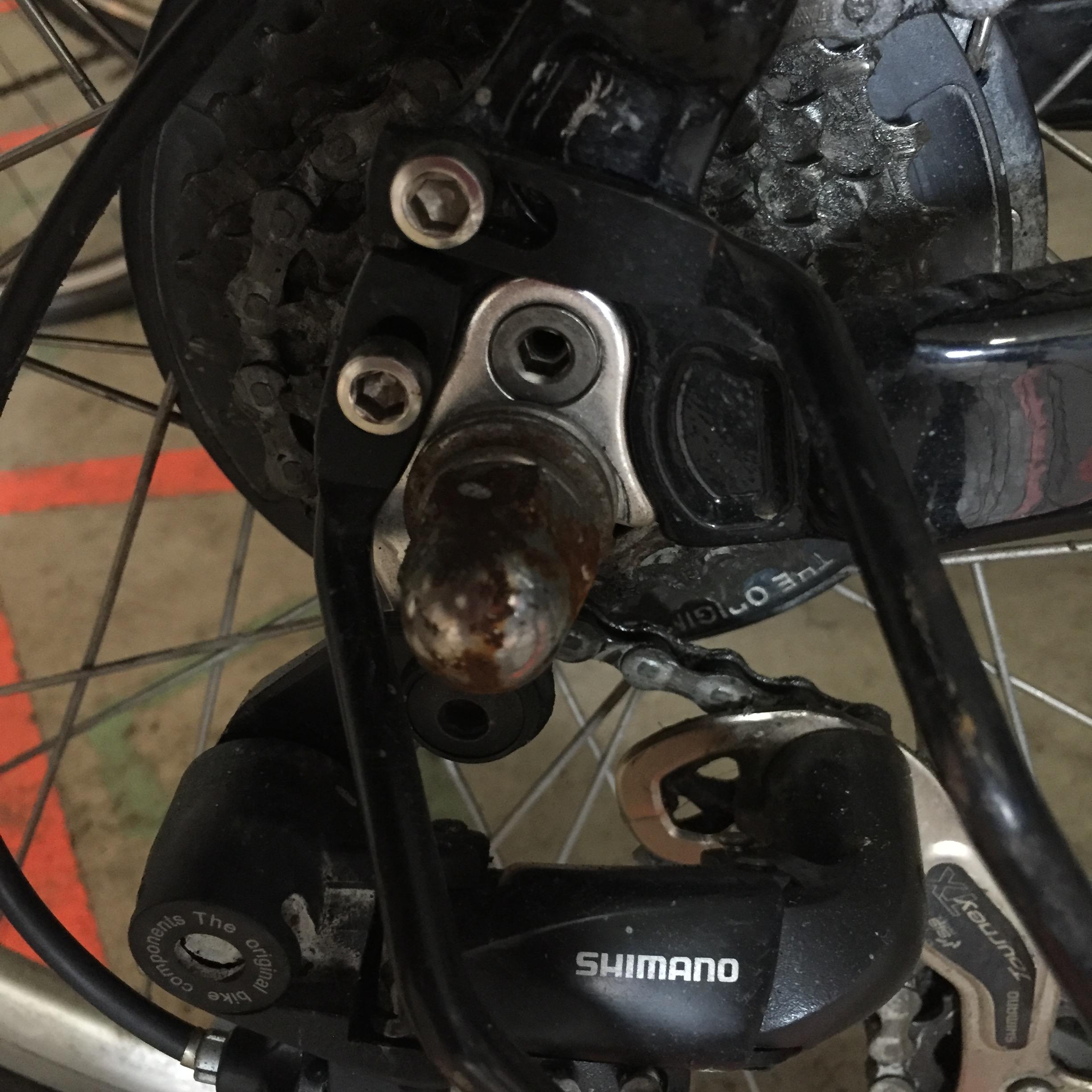 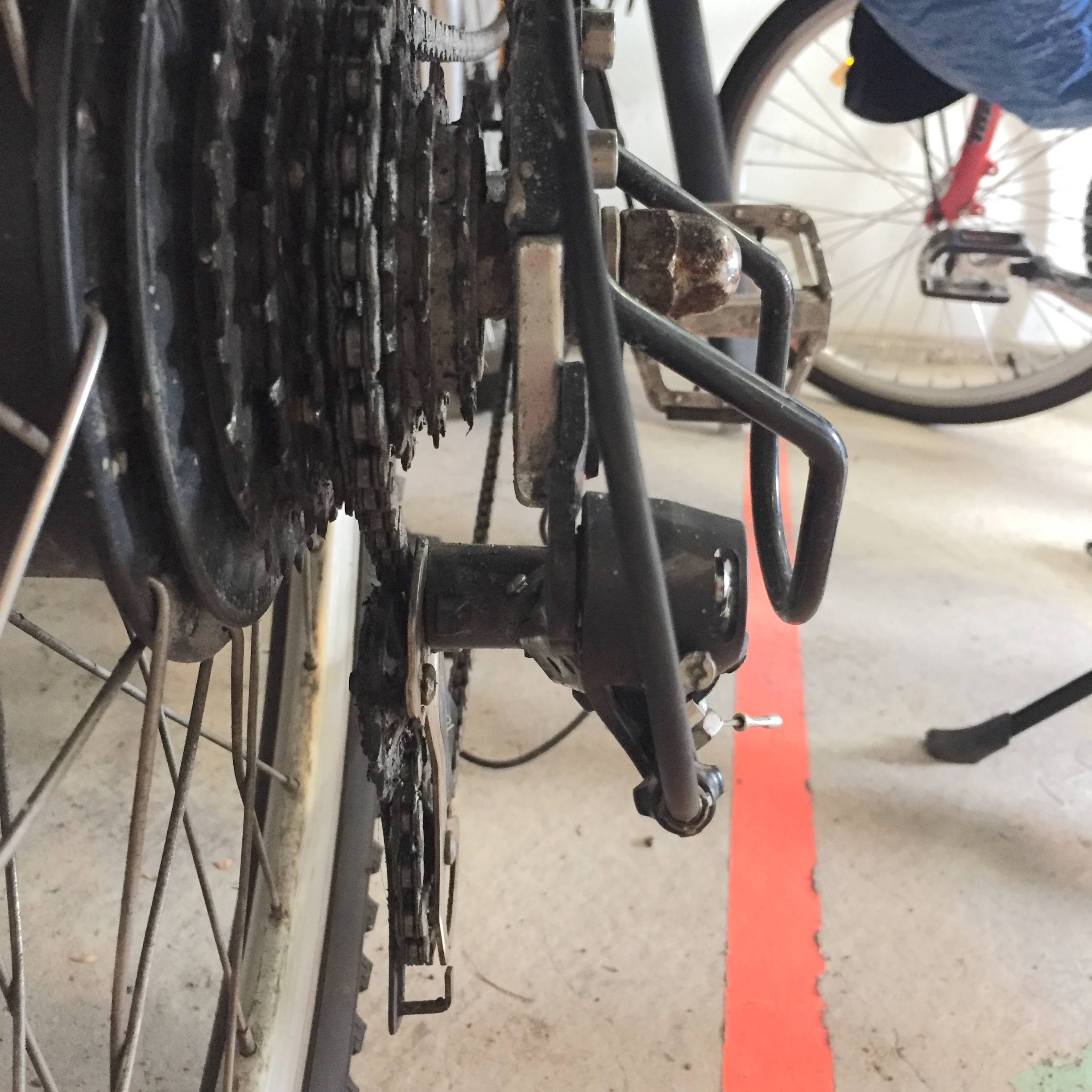 Common reasons for a derailleur not getting to the low gears (larger sprockets) is the shift cable slipping through the pinch bolt that secures it on the derailleur, cable housing has come out of shifters or frame stops or bad adjustment via the barrel adjusters.

The common reason for a derailleur not getting to the high gears (smaller sprockets) is the cable hanging up in the cable housing and preventing the derailleur spring from moving the cage outwards.

First follow the cable run from the shifter to the check the cable housing is properly inserted in the shifter and all frame stops.

Detach the cable from the derailleur, tension the cable by pulling on it with a pair of pliers, work the shifter and make sure it shifts through all gears and pulls in and lest out the cable smoothly. If the cable does not move through the housing smoothly take the cable out and wipe it off, if you still have problems replace the cable and housing.

With the back wheel of the ground, manually pedal and carefully push the derailleur cage in to make sure it will move between the smallest and largest sprockets. If the derailleur range is too limited check the limit adjustments and look for anything jamming the parallelogram.

Reattach the shift cable and follow a guide for derailleur set up and adjustment. Park Tool has a really good one.

Cleaning the chain, derailleur jockey wheels and sprockets and re-lubing the chain will help also.

. The process is the same for most models. The limit screws control how far the derailleur moves in or out.
Share
Improve this answer
answered Jul 10 '20 at 14:02

First thing you should do is undo the bolt that's holding the shift cable until it's completely loose. Then adjust the H screw until it sits perfectly on your highest gear.

Once you have that, then you should screw in the barrel adjuster on your handle bars all the way to the right.

From there try to shift up - if there's not enough tension / it's not shifting, just twist the barrel adjuster to the left. This will tighten the cable to allow the derailleur to shift properly.

Once it is shifting up and down consistently, it will most likely undershoot or overshoot the lowest gear. Adjust the "L" screw until it sits in the lowest gear. You also want to check that it's not going to over shift into the spokes of your rim, so it's safer to go closer to inwards than outwards. (Your bike has a protector for that, so I don't think it is possible to shift into your spokes).

If that doesn't work, you either have a bent derailleur hanger or the incorrect derailleur for your cassette. You should be able to Google this information pretty easily based on the model of your derailleur.

If the derailleur came on your bike new, you can basically phase out the possibility of it being the wrong derailleur.

Not the answer you're looking for? Browse other questions tagged shimano gears shifter or ask your own question.

0
My shifter shifts only one gear up and down