I have this Dawes Discovery Twin and there seems to be a problem with one, or maybe both, of the quick release dropouts. The front wheel tilts a little to the right and rubs the brake shoe.

I already tried swapping the wheel around to rule out the possibility that the wheel itself might be skewed.

Looks like one of the dropouts is bent a little, but I can't determine which is the bent one and which one is good. Maybe someone out there on stackexchange can spot the problem with the help of the attached photo's. The second picture also shows a little dent on the inside of the left fork arm. Not sure if it is damage or some provision in case you would want to install disc brakes (paint seems fine).

Anyone any idea how to straighten the wheel? 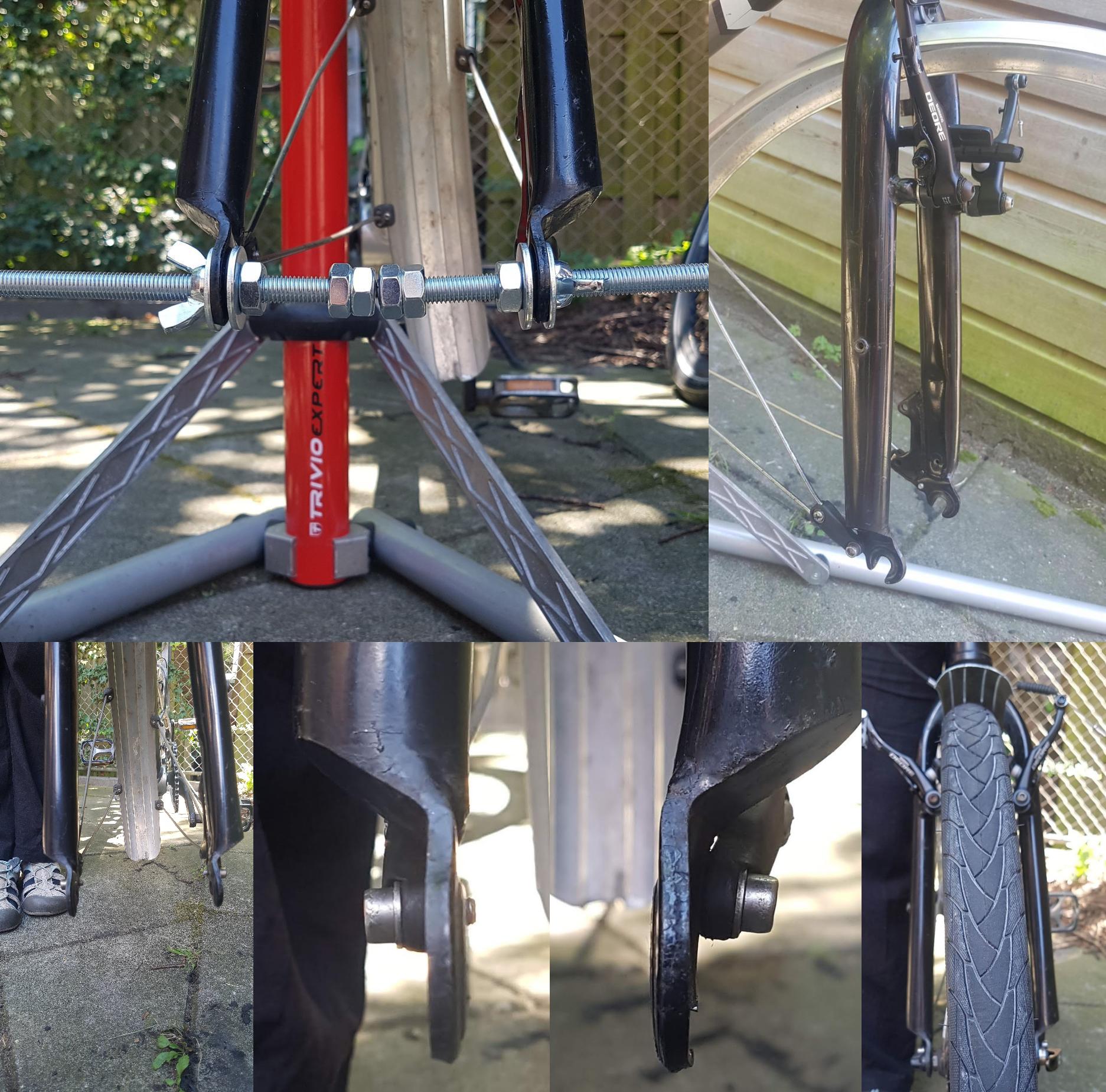 After your answer and comments I took out the fork and it looks like both arms are a bit skewed to the right (as seen while cycling), am I right? Like the whole thing has suffered a blow from the left.

Also now we have a clear view of the dented left arm. The dent is not very precise, more like a local depression. Made some measurements that appear to show that the left arm is closer to the stem than the right arm - it looks pretty serious on this photo but maybe my perception is biased - and that would account for the tilted position of the wheel. In which case fiddling with the alignment tool serves no purpose.

So I will go find myself a new fork. Thanks to all for your help and comments! 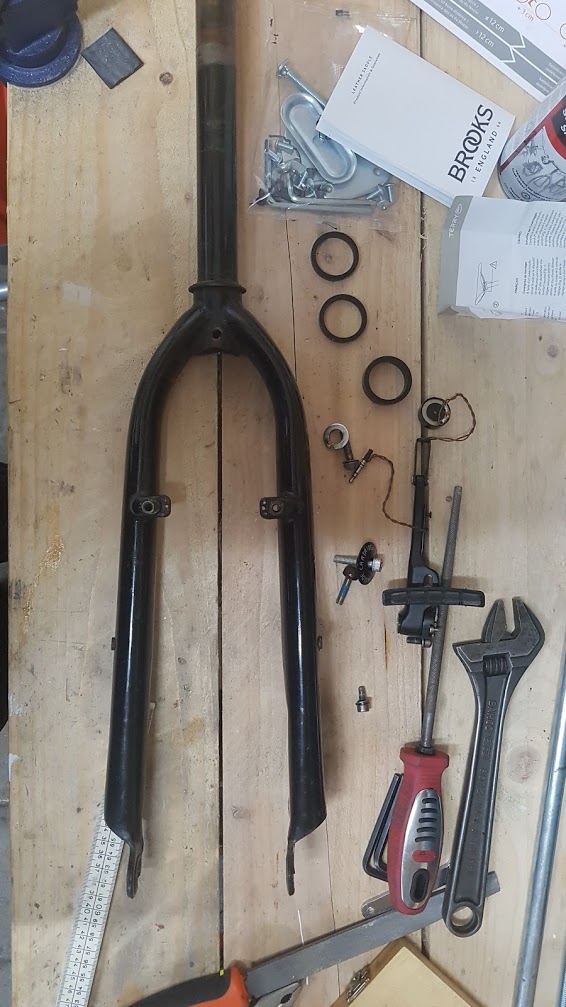 I am 99% sure the dent in the fork blade is damage, and probably part of the problem you're seeing.

The way you set up the two sections of allthread in the dropouts is smart, and is similar to the way dropouts are aligned. You could try to set the dropouts into alignment with the setup you've got, or bring the bike to a shop that has proper alignment tools, that might allow for more leverage and precision. There should be only one position for the two dropouts where the centers meet and both sections of allthread are aligned.

Alternatively, since this fork probably is damaged, you could replace it. An equivalent replacements wouldn't be that expensive.

Not the answer you're looking for? Browse other questions tagged fork damage dropouts or ask your own question.