SRAM BB30 cranks - how to remove crankarm from spindle?

I have SRAM S2200 (X.0) cranks with a BB30/PF30 spindle. They are 3-piece ones, with the self-extracting mechanism on the right (drive) side, and a regular non-puller bolt on the left side.

I want to replace the spindle, because I stripped the thread on the original one. However, I had no luck taking the left crankarm off it. The lobed interface between the arm and spindle is fused tight.

I found a thread on MTBR where somebody accomplished it, but the author hasn't described how (in much detail).

Any ideas on how to take this thing apart? 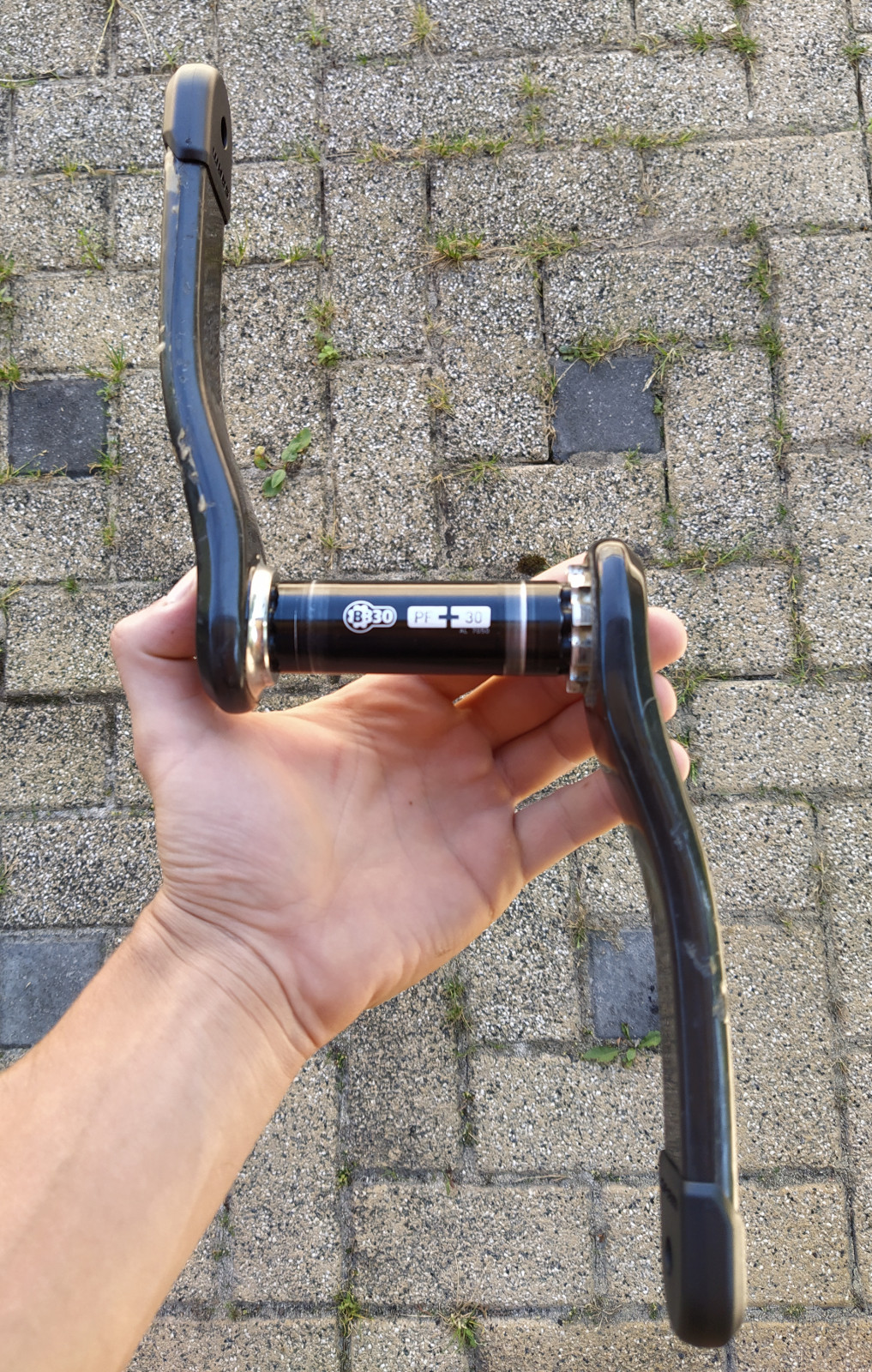 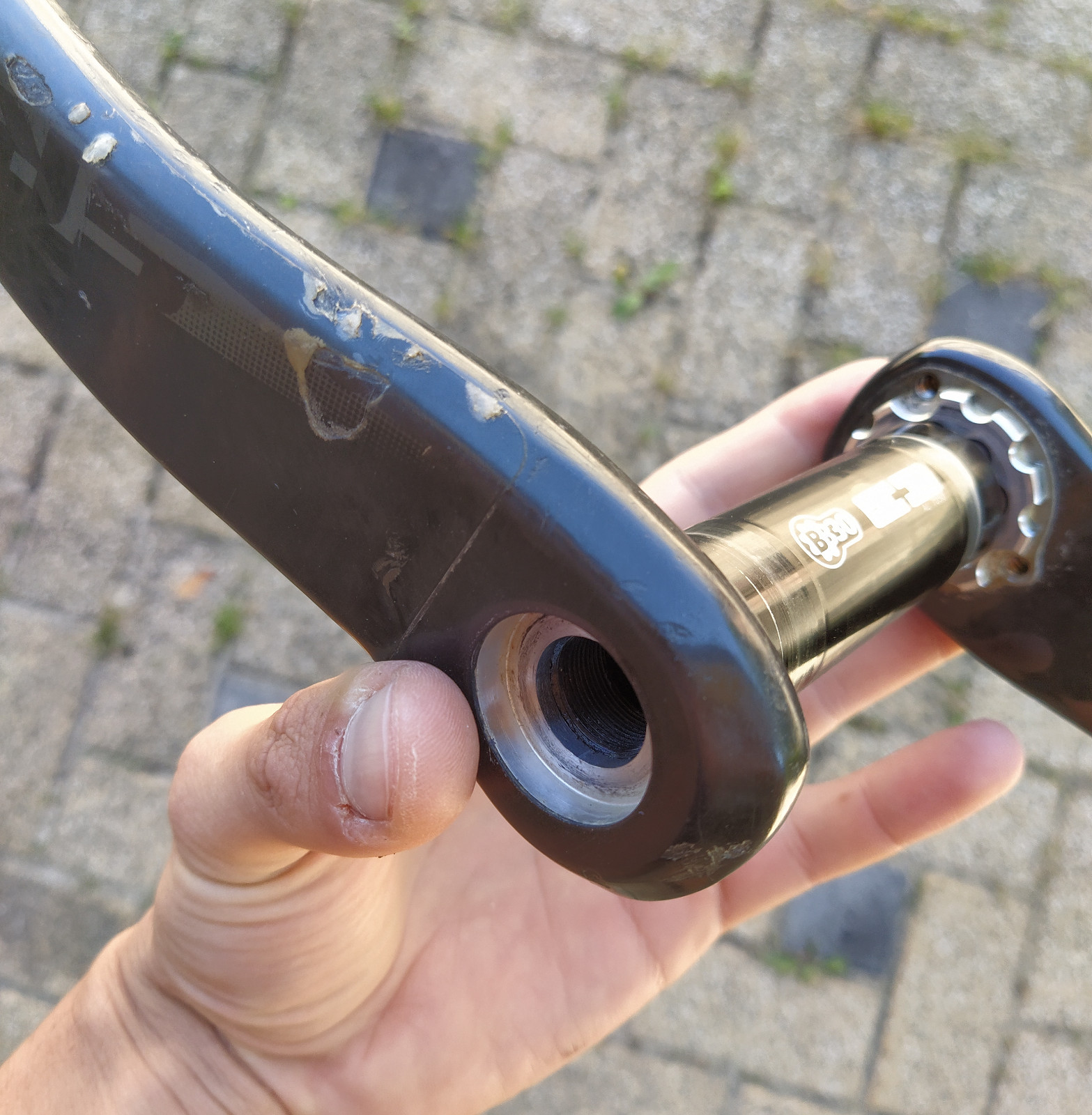 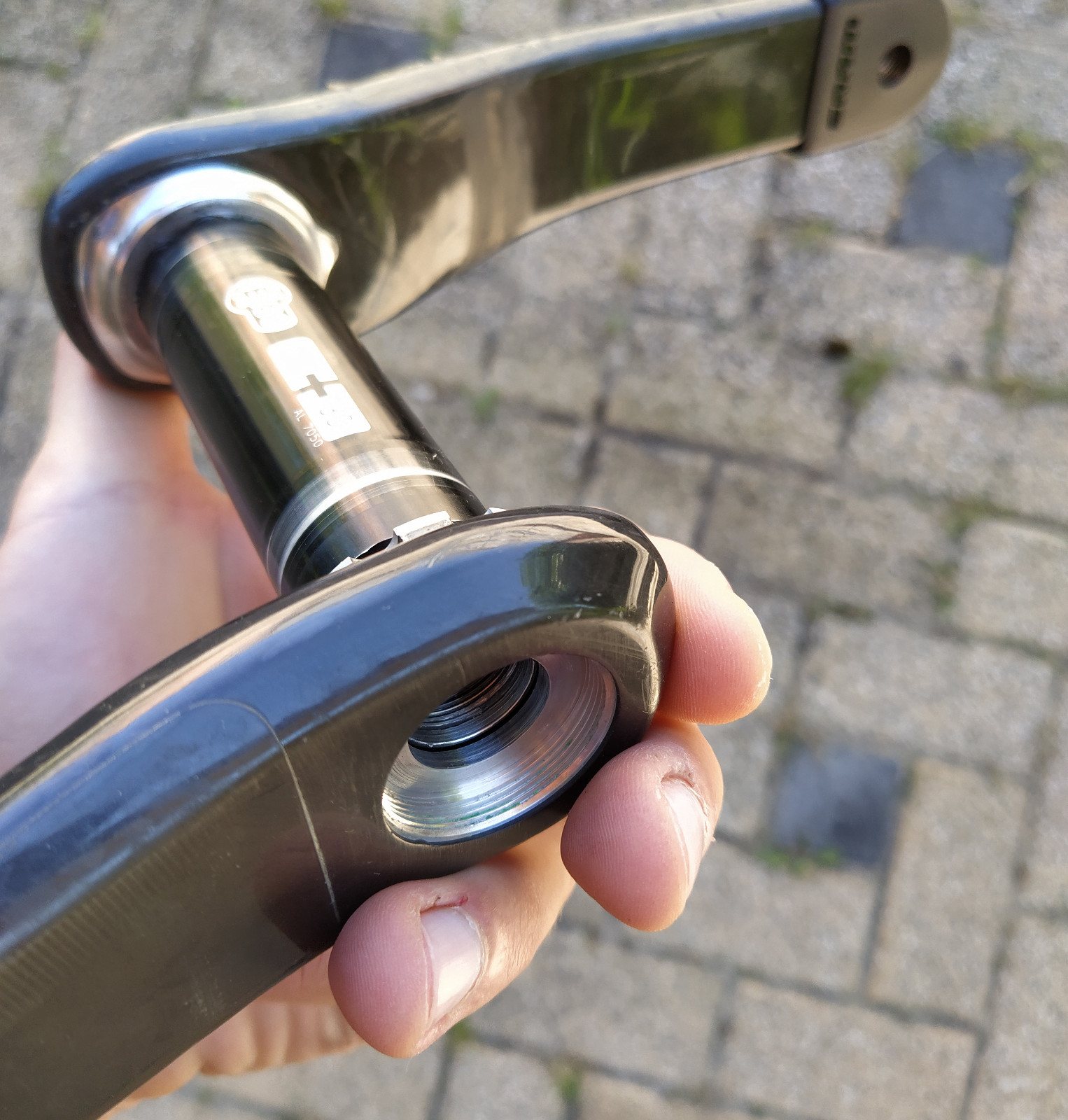 P.S. The photos might be misleading, so I'll re-emphasize: i only need to take the left crankarm off the spindle, i.e. the one which doesn't have the self-extracting mechanism. The right crankarm I have no issues with.

The left arm has no threads because that side is designed never to be separated from the spindle...

Remove the right arm, put the spindle down through a sturdy surface with a hole no larger than 31mm so the metal part of the left arm has maximum support. Screw a steel rod of the correct M18 threads into the good threads you still have in the spindle. Hammer the end of the rod. The longer the rod the easier it will be to keep it perpendicular to the surface that's supporting the crank.

You can use a deadblow hammer if you have one, or go find an auto mechanic's workshop since they are very likely to have a hydraulic press they use to press bearings into car spindles.

Not the answer you're looking for? Browse other questions tagged crankset repair bottom-bracket sram bb30 or ask your own question.