I have a pair of second-hand Shimano ST-RS685 hydraulic brake levers / shifters. Unbeknownst to me they hadn't been used for a year and had quite a bit of dirt / grit inside, which I've cleaned to a degree (as much as I can without taking them apart).

When pulling the brake lever all the way back to the bar, it often does not return back and stays in that position. There is a cylinder thing that is pushed by the lever when you press it which moves along a channel with a slight kink in it (which ultimately pushes the fluid out of the reservoir to the pads).

When I release the lever, depending how far I've pushed it, this cylinder will either get stuck at the far end or move back very slowly and not all the way as it should. It often gets stuck at the kink. The lever also gets stuck as I think it's the cylinder thing going back that pushes the lever back. If I've not pulled it all the way, then often moving the lever back manually will allow the cylinder thing to go back to its resting position. However, if it's at the far end then moving the lever back often has no effect. 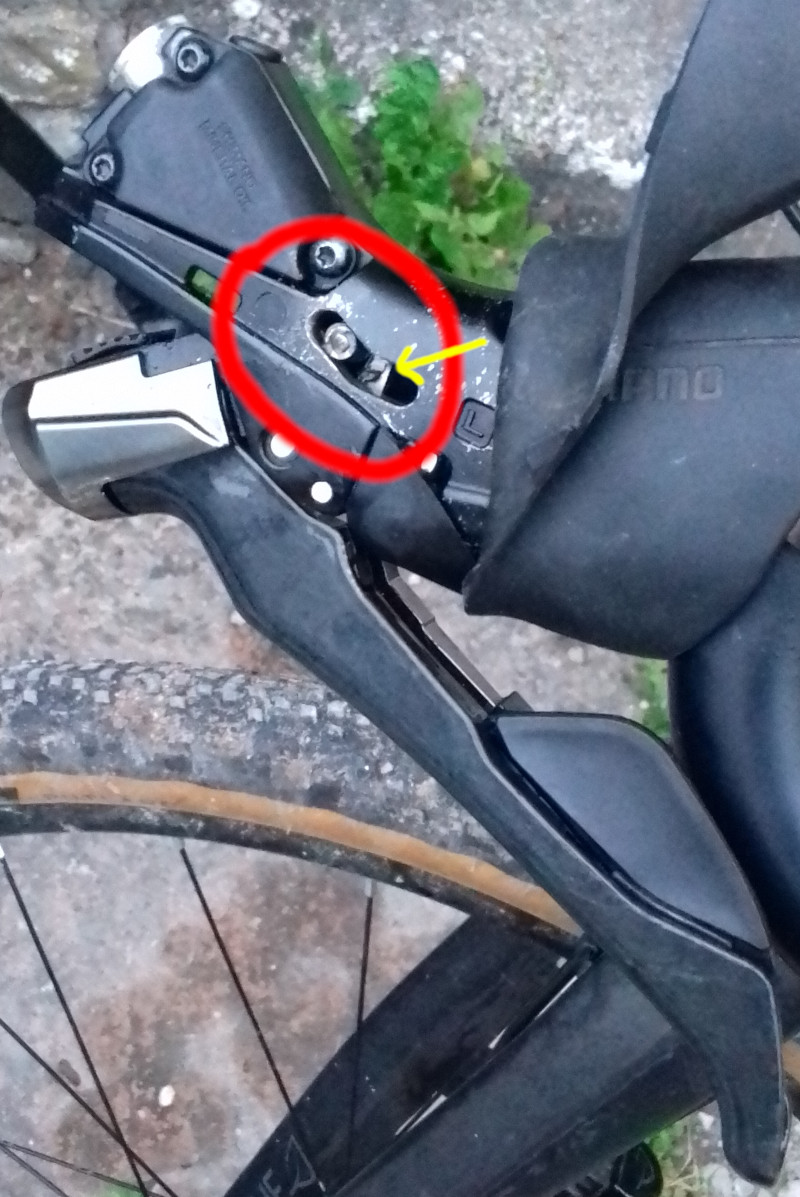 The second image shows how it should normally look when in a resting position. 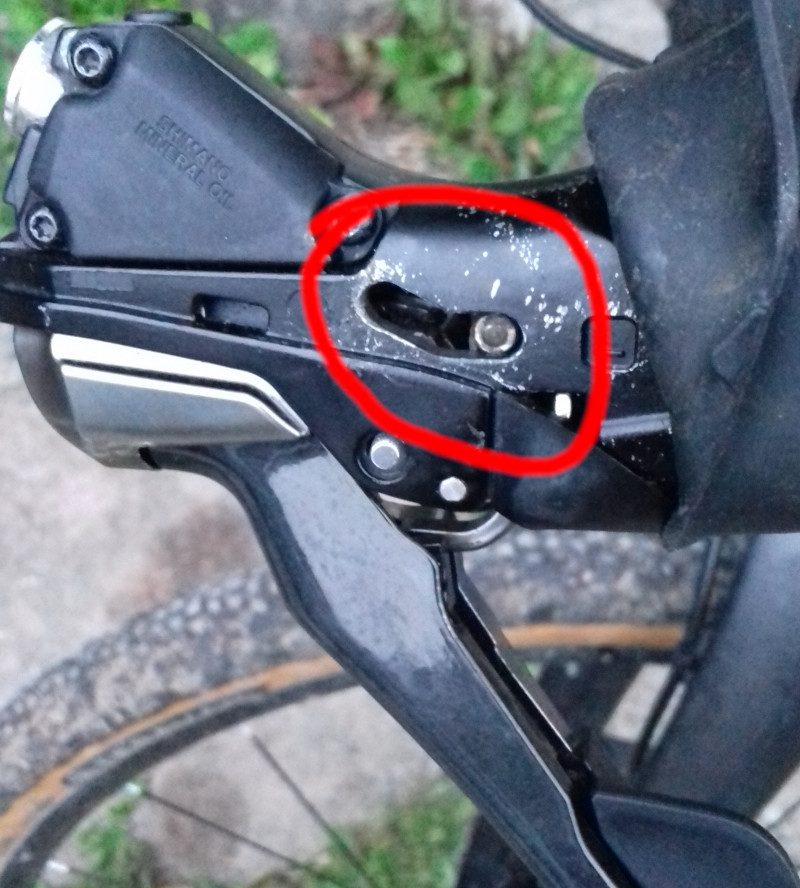 I haven't bled that brake yet, but I have on the other brake and that one does it as well, but nowhere nearly as bad, although it does mean that sometimes the pads slightly bind. Bleeding didn't seem to have any effect on it.

I've tried cleaning the levers as they did seem to have some grit / dirt in them and also followed this guide:

(How To Service Your Shifters - GCN) which works for about a day or two. Then the levers seem to seize up again.

Edit: I'm still having problems. Not as serious as before since I've cleaned up the levers as much as I can, but the cylinder thing in both levers will not return fully (leaving a gap of about 15%-30% between the resting position in the channel and the cylinder), dependent on weather (I think).

Yesterday, it was about 25C here and I'd left the front of the bike towards the front of my garage where it gets quite warm. Both levers were stuck at with about a 30% gap, as described above, and while I could manually push the cylinder back, this didn't stop it getting stuck again the next time I pulled it. The bike was unridable as both wheels' brakes were being applied a fair amount. Later on in the evening, when it had cooled down considerably, they were working fine, leaving virtually no gap on releasing the levers.

Today, it was hotter, but I'd put my bike in a cooler spot. The result was that they both were getting stuck with about a 15% gap. Bike would have just been ridable but with a lot more resistance than normal. Later on when it cooled down, again this problem had largely resolved itself.

Has anyone encountered this?

I cleaned them again with compressed air and put PTFE lube in the levers (Triflow) and then greased the moving parts. Thought they were behaving better, but they're doing it again today (24C and sunny). Again getting stuck at about 30% in the channel.

I think you should try a bleed. We could go back and forth all day about what could be causing the problem, but it will all be moot until we have ruled out air in the hydraulic system.

I had a pair of brakes (only one actually) that one day just went totally slack. Literally fine one moment, and dead the next. I was convinced there was a leak. Why else would it go from working to not working so quickly?. I asked the guy at the LBS how to go go about diagnosing and fixing the leak. He suggested I bleed first, with out assuming a leak. I bled the brake...problem solved... no leak after many miles of riding.

The moral of the story here, as it was explained to me by my friendly LBS guy is that when we are having trouble with anything it is advisable to proceed with typical maintenance procedures before we go looking for things that are broken. This will often take care of the problem. If it doesn't solve our problem, our time is not wasted because the maintenance is something we would want to be doing anyway.

Not the answer you're looking for? Browse other questions tagged brakes hydraulic-disc-brake brake-levers or ask your own question.