What was the thinking behind having a bigger rear wheel on a TT bike back then? 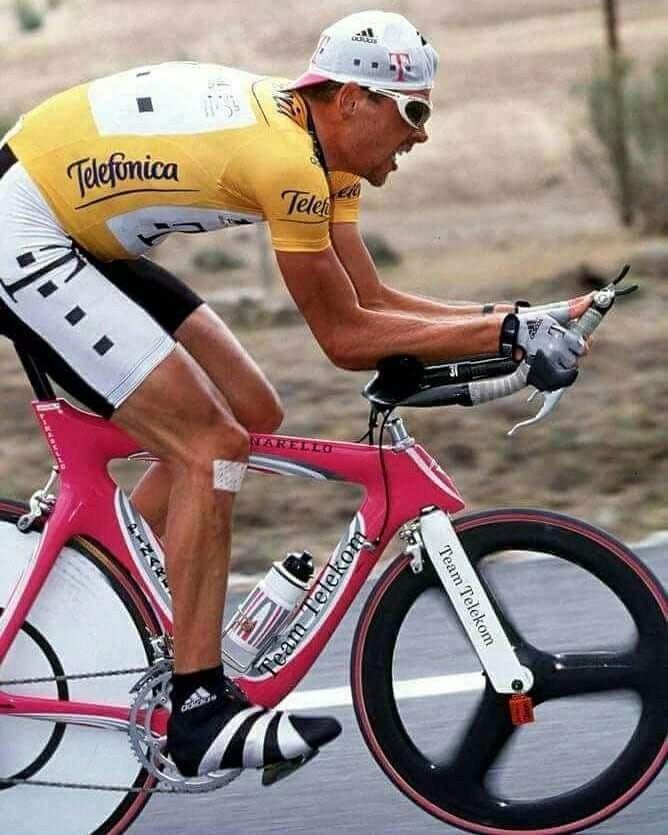 The rear wheel is normal size (700), the front wheel is smaller (650). It was for aerodynamic reasons. By lowering the torso of the rider, the frontal surface of the rider became smaller.

The configuration appeared first in triathlon and was later banned by the UCI in road and track events. Both wheels must now be of identical size i.e. 700.

Not the answer you're looking for? Browse other questions tagged road-bike rear-wheel racing time-trial or ask your own question.

0
What's this red cylinder thing below the front axle?