I've also read that separated bike lanes improve safety. For example, this streetsblog.org article cites a study of 12 major cities. It has this image which I'd agree is representative of the kind of separated bike lane one might find in large cities: 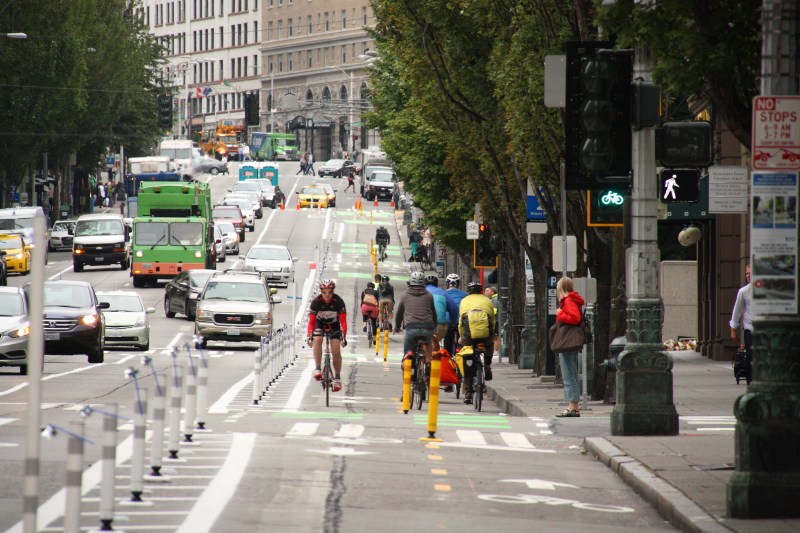 But "separated bike lane" could also mean something like this, from the Massachusetts DOT: 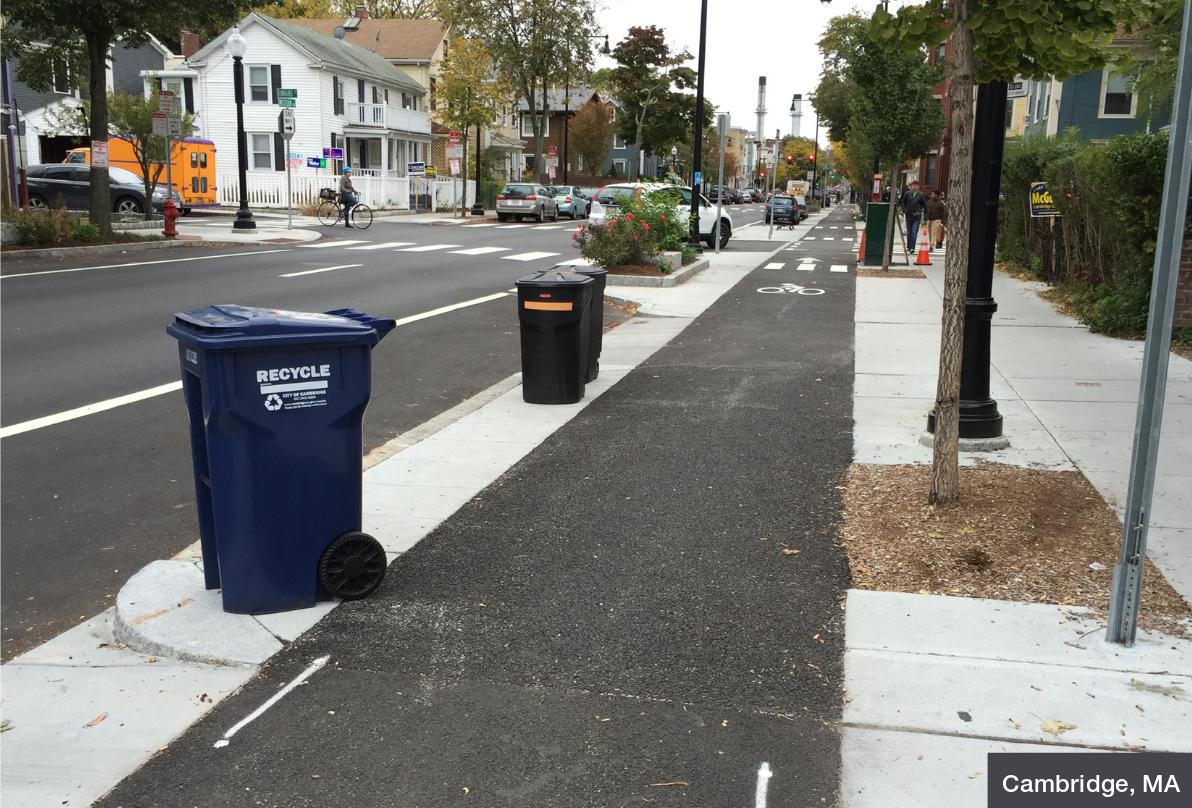 To me, these two things are very different kinds of bike lanes. A problem with sidewalks is motorists aren't habituated to looking for cyclists because they are encountered so rarely. In a big urban bike lane, this is hardly a problem. Look at all those cyclists! But in a less dense area such as the 2nd picture, I'm skeptical that what amounts to painting a bicycle on the sidewalk does much to reduce conflicts between motorists and cyclists.

Regardless, I've read many claims that "separated bike lanes are safer for all users" which don't distinguish between these two cases.

What studies have been done on separated bike lane safety, especially in cities of less than 100,000 people or in suburban areas? Are separated bike lanes indeed safer for cyclists in these conditions? Are particular bike lane designs safer than others for less dense environments?

Browse other questions tagged safety bike-lane or ask your own question.

19
Is it really safer to ride in the road than on the sidewalk?

19
Urban Cycling Safety Innovations
6
Are 2-way bike lanes safe?
13
Are runners or pedestrians allowed to use the bike lane?
2
Bicycle lights- Indicating in the dark
1
Safest position to ride on roads with cars
5
Grabbing the attention of the person ahead of you while bicycling
23
At what point does a road become too busy/fast to ride on safely?
19
Is it really safer to ride in the road than on the sidewalk?
8
Motorists misjudge bicycle speed