I have a 5 year old Merida Ride 100, which has done about 5000km. It mostly has been in dry conditions, but has seen some wet conditions once in a while. After the last ride, I noticed some grinding sound from the lower end of the fork. It felt like grime stuck between the bearing and fork (the bike has caged bearings on both upper and lower side of the fork).

The sound has now reduced, but I can still hear some sound when the handlebar is turned, but only at certain angles.

This is the only pic I took before I reassembled everything back again (if it helps): 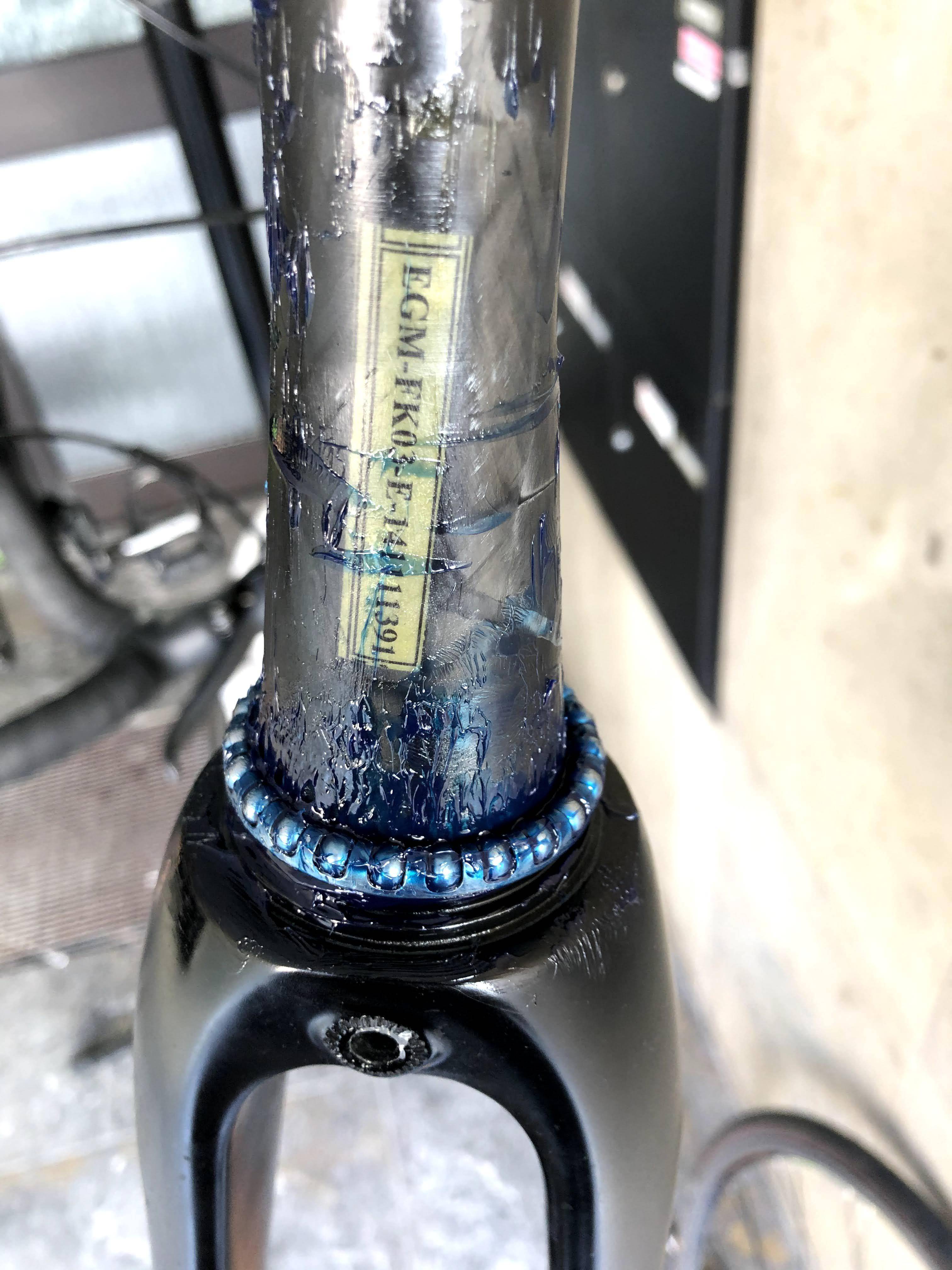 The next thing I suspect are the bearings themselves. Could worn bearings be cause of such grinding noise (sounds somewhat like metal/grime on metal)? Any other suggestions as to what could be going on here?

Browse other questions tagged road-bike headset noise or ask your own question.

4
Split crown “race” possibly dangerous?
2
Threaded headset wobbles after riding
5
Gap between lower headset cup and fork. Is this likely to be a problem?
1
Headest: replace bearings or entire headset
4
Headset wobble after tightening
2
Do I need to remove & service integrated headset bearings when replacing fork?
5
What may be the cause of a loud noise when riding?
0
Headset/fork adaptor from semi-integrated to integrated?
3
Noise from bottom bracket