Are bike saddles always removable from the saddle post?

I want to buy a mountain bike soon and I’ve been doing a bunch or research. I noticed that some bike saddles can detach from the top of the saddle post, while others get removed with the whole post. There are a couple of things I want to know. Can all saddles be detached from the top of the saddle post? Are saddles that detach with the post of cheaper quality? that’s it, thank you

Saddles are always removable from the seatpost or, in some cases, the seat mast. I am not aware of any arrangements where the saddle is made in one piece with a seatpost or equivalent part. Because saddles are extremely personal, and even a rider's own saddle preference can change over time, it seems unlikely that there are such construction arrangements - I suppose a weight weenie cyclist might be willing and able to make or commission a saddle without rails bonded to a carbon seatpost or seat mast topper, but that would be very niche application. It would also be pointless, because most high end stock rim brake bikes and even a number of disc brake bikes can be brought under the UCI weight limit.

That said, a very small number of bikes have a seat tube that extends up from the top tube, which I believe is called a seat mast. You would clamp your saddle in a seat mast topper, then mount that on the mast. You would cut the seat tube to the correct length, and the mast topper offers a small range of height adjustment in case you need to change your saddle height. Probably the most prominent example is the Giant TCR, pictured below. 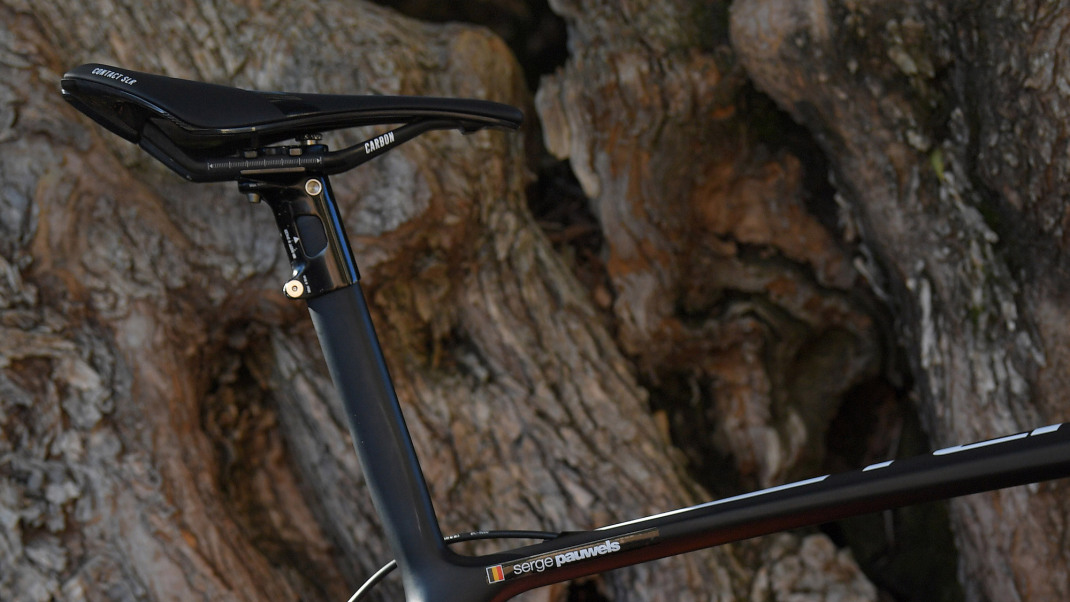 The picture is from this Velonews Q&A session with Lennard Zinn, where he fields a couple of letters from readers who are trying to extend a mast that had been cut, or else to just get a bit more saddle height than their cut mast allowed for. This neatly illustrates the potential downside of the seatmast design.

To the original question: in this arrangement, I suppose you could just remove the seatmast topper along with the saddle. However, the saddle is manufactured separately from the topper - or else how would you change your saddle horizontal position?

Why on earth would anyone make such an item? It could be lighter than seat tube and seat post arrangement, although remember that the impact of small amounts of weight on cycling performance are negligible. Open Cycles uses a seat mast arrangement on its Open MIND bike, and their webpage says that it allows them to make the seat tube very thin, at about 25mm - recall that a thinner tube should have more compliance than a thicker one, which should increase comfort. Alternatively, Speedvagen is a small batch steel frame builder, and as best as I can determine, the seat mast arrangement is an aesthetic choice only, and it's one of their signature design elements.

A 2008 article from Road Bike Action discusses some of the potential advantages of seatmasts, but I believe some of the arguments are incorrect (e.g. aerodynamic seat tubes and posts are more widely available today, although the post tends to be proprietary to each frame). If my memory is correct, seatmasts may have had a brief bloom in popularity in the late 2000s and early 2010s, but clearly they have not become widely accepted.

There are in fact Carbon seatposts with the saddle as one molded piece. Check out ControlTech for a good example. 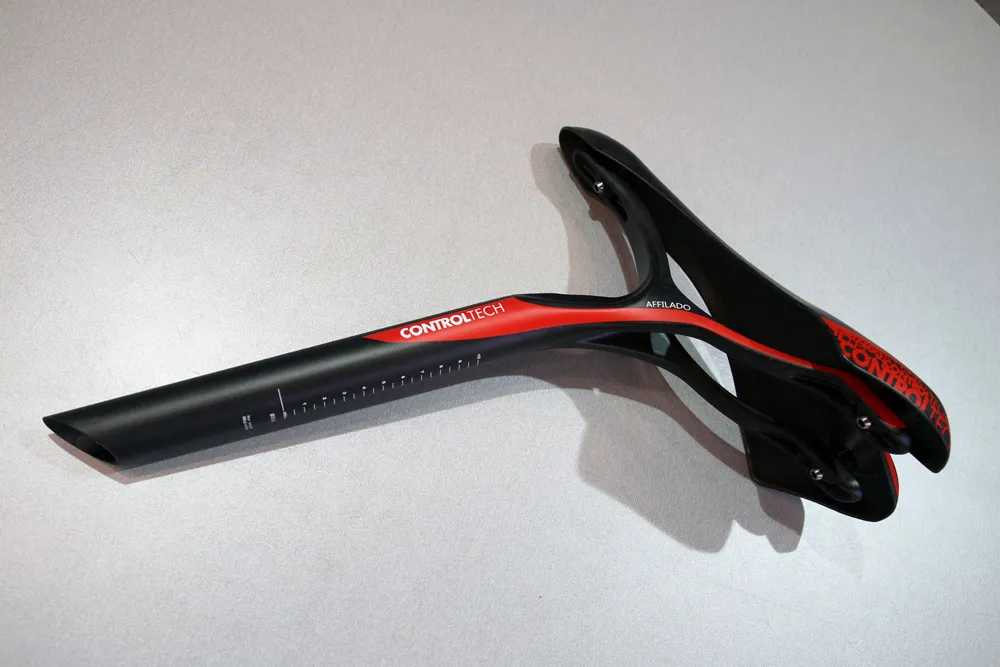 Not the answer you're looking for? Browse other questions tagged saddle seatpost installation or ask your own question.

23
How do I keep my seat from tilting back?
5
Adjusting saddle angle on a road bike (drop bars)
11
What are the main differences between road saddles and mountain saddles?
5
Is it possible to increase maximum seatpost insertion length by filing down a seat tube bottle cage mount boss?
2
Are road bike saddles more comfortable in the drops?
5
Is my saddle at the correct position?
3
Saddle seat post screw length
4
Skipping bolts on seatpost , please help?
2
Has anyone experience in using a Thomson Elite Setback Seatpost in the forward position?