Saddle started to hurt after years of riding 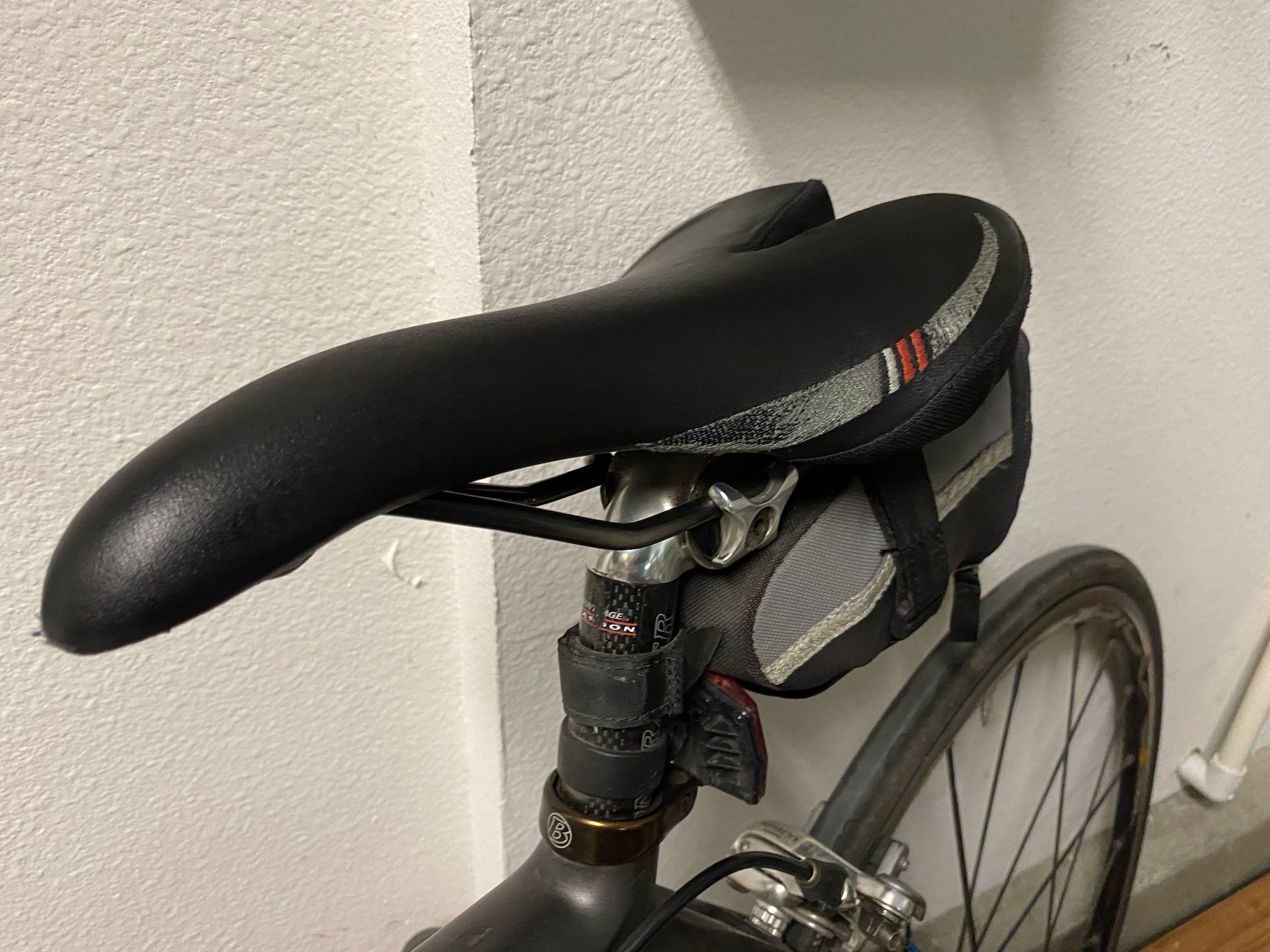 Recently I began having problems with my saddle, or more precisely, my behind. It starts to hurt where my sit bones are after 45-60 minutes. It feels sore at first, but eventually it gets really painful. I've ridden this bike (Trek Madone 5.0) thousands of miles over the past 10 years, but the pain only showed up in the past two or three months. I had a complete professional fitting when I bought this bike. I've changed nothing, and until now it's been perfect. The saddle is the Bontrager Race saddle that came with the bike.

At first I thought it was my shorts. I had some high end shorts that I thought might have worn out, so I got some new shorts that seemed to help at first, but now it's back to the same pain in the same place.

I don't have the same pain on my mountain bike, which has a Fizik saddle.

I was looking at new saddles, which might be a solution, but before I do that, I figured I'd seek some advice here. Maybe it's a fit issue? Something changed unknowingly? I know my way around bikes pretty well, but I don't know anything about body mechanics.

Okay, adding some responses to the comments:

The Fizik saddle (MTB) is almost 20 years old. That really surprises me, but it's a 2001 Santa Cruz Superlight, so it must be. That bike still feels new to me! That's not the problematic saddle, however. The Bontrager saddle on the Madone is.

I have lost 15-20 pounds in the last year or so. I thought that might have something to do with it. That I might have less "padding" on my rear, but would that last 2 months? I should have adjusted by now. I'm riding four to five days a week now.

I did a quick check of the saddle. There is nothing obvious that is cracked or broken. Bolts are tight. I twisted and pulled it, but I can't get it to move.

I think the solution is to get a new saddle.

Whether we like it or not, we all change every moment. Because we are alive. The differences are slight, but they are cumulative. Any change in activity, diet, lifestyle, etc. changes our body. Saddles are only getting old.

Pain isn't just an inconvenience - it's your body's way of talking to you:

If your lifestyle has changed to be less active:

If you have lost weight:

If you have gained weight

Check the saddle - even a 1 degree incline can make a difference, it's a long saddle.
Check your ... body - take 2 mirrors and look at them - you may have a new sign (no it's not cancer, cancer is vicious because it doesn't hurt until it's too late). If you find anything unexpected, go to MD and have it removed / healed.
All of the above can occur together.

16
Brooks B-17 isn't breaking in, how to accelerate the process?
4
What to get for my second saddle?
1
Alleviating pressure from coccyx with padded shorts
10
First long bike ride: Determining the cause of saddle soreness
4
Minor but persistent saddle sore - Safe to continue riding?
6
Identical looking saddles feel very different
1
Quality saddle and seat post
4
Saddle rail breaks often
3
Brooks B17 saddle tension?
7
Is my bike a good fit?