Has a BMX bike ever been transformed for touring?

BMX frames are notoriously small and nimble for acrobatics. I was curious if the same frames and the same 20" wheel bikes were ever used for touring.

Obviously the single-gear and the low-seat would need to be changed. I can imagine that adding gears plus a longer seat post can make for quite a comfortable trip - many Bromptons and folding bikes are used for touring. But I cannot find anybody having done this for BMXs.

Reason I am asking is because the smaller wheels and frame might be a good choice for tourers that need to transport the bike on trains, buses or airplanes. BMX frames seem like a good middle-ground between a normal diamond frames (which are heavy and bulky to put on public transport) and the folding bikes (which are weaker - for heavy touring weights - and more expensive).

A good example of using 20" wheels for a serious bicycle is the Moulton.
Although there is nothing of a BMX bike except the 20 inch wheels.

The problem with using a BMX frame is that it is sized very small. This makes it difficult for a rider to find an efficient riding position for long rides.

The points about the smaller wheels benefits in the question are exactly why Alex chose that size wheel for his design.

In the late 1950s, disillusioned with the design of the classic bicycle, Alex Moulton set about creating a new design. He thought the classic diamond frame was inconvenient to mount, difficult to adjust for size and not suitable for both sexes, and that 'Ladies' open frame bicycles without the top tube of the diamond frame were structurally compromised for ease of use. He believed that classic bicycles (especially with small frames and smaller wheels known as 'shopper' bicycles) were uncomfortable to ride without the use of wide, low-pressure tyres which increased rolling resistance. He also thought large wheels made a bicycle slow and cumbersome to store, and did not easily fit emerging societal commuting patterns in the developed world, which often combined more than one form of transport.
Wiki 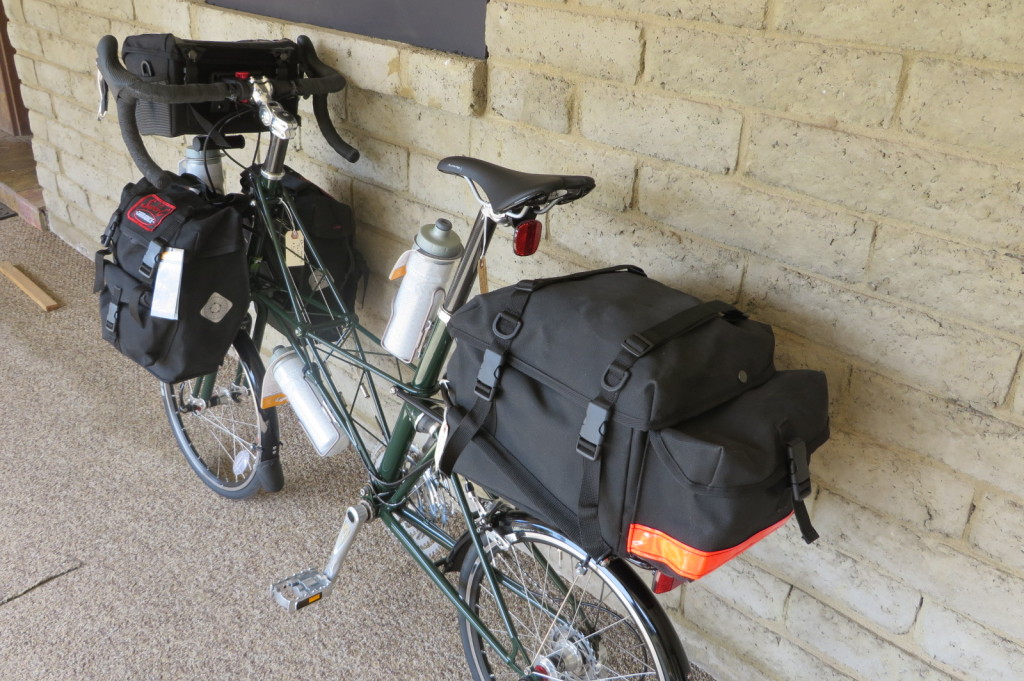 Not the answer you're looking for? Browse other questions tagged touring bmx folding-bicycle or ask your own question.

4
What's an "Auto-Mini" folding bike? Can I use one for decades without having to replace the frame?
3
rebuilding/frankenbike query
4
Folding bike for commuting and touring
8
Minimum mountain bike trekking/touring equipment
20
How many years an aluminium frame lasts in a touring bike?
3
What are the technical differences between a bike for off-road touring and a mountain bike?
6
Type of permitted folding bikes on London trains & Tube?
19
Why do cyclists use thin bottles?
1
Bike transport while touring - would a folding bike be better?